Our live coverage has ended. Go here or scroll through the posts below to read more about the kidnapping of Jayme Closs.

Jayme Closs has been reunited with her aunt Jennifer Smith and her dog Molly, one of Jayme's aunts told CNN.

Her aunt Carla Closs said “it is awesome and the best news” that Jayme is back with her family.

This photo of Jayme, Smith and her dog was taken today: 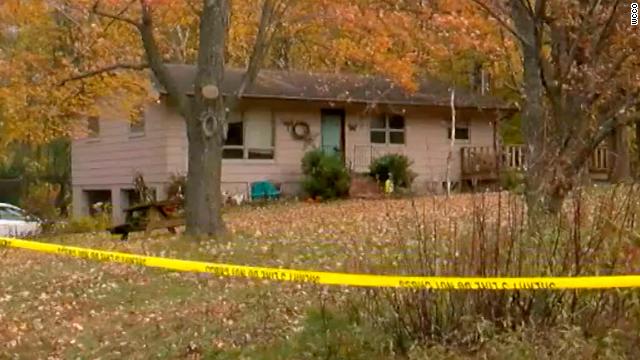 Fitzgerald said it appears he went there with the precise intention of taking the girl.

Authorities are also working to build a connection between Jayme and Patterson.

Investigators don’t believe they had interactions on social media and they are working to see if he worked at another job in the area. 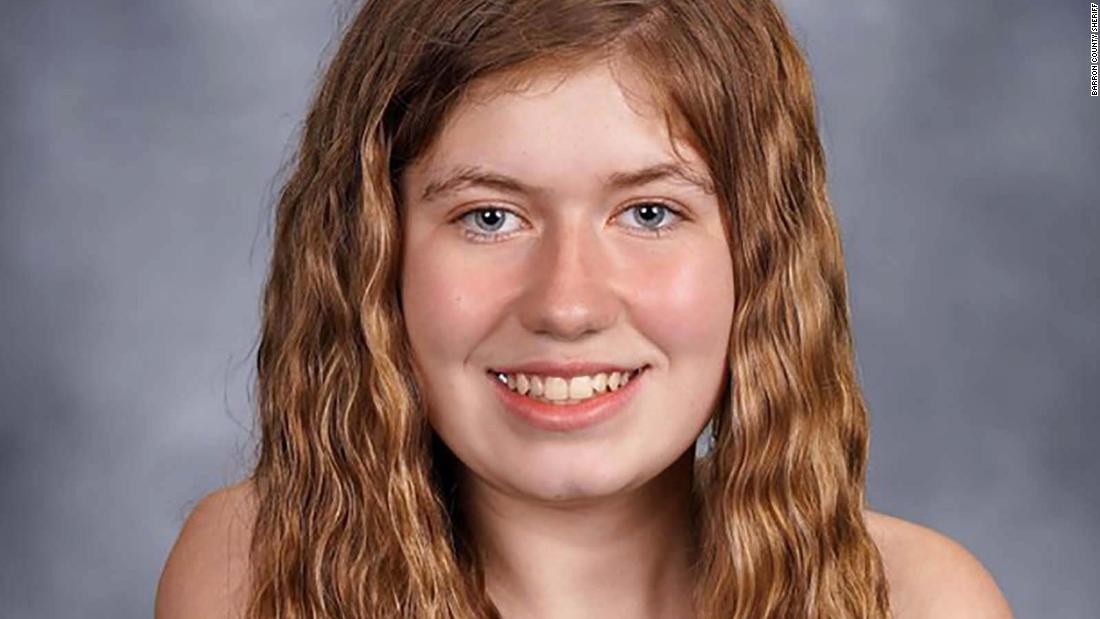 “Jayme is the hero in this case," the sheriff said.

Jayme, who was reported missing Oct. 15 after her parents were found shot dead in their home near Barron, was discovered walking alone Thursday afternoon two counties to the north, outside the rural community of Gordon, authorities said.

She is out of the hospital and speaking to authorities. Jayme will be reunited with her aunt this afternoon, Fitzgerald said.

Authorities found a shotgun during their investigation that is “consistent with the gun used" in the murders of James and Denise Closs, Barron County Sheriff Chris Fitzgerald said.

A shotgun was used to shoot a door at the Closs home in October so the suspect could gain entry, Fitzgerald said. Authorities found James and Denise Closs dead in the home on Oct. 15. At that time, they also discovered that their daughter Jayme was missing.

Fitzgerald said authorities recovered the shotgun and other guns at the arrest site in Gordon, Wisconsin.

At least 30 investigators are currently searching a home in Gordon, Wisconsin, where the 13-year-old was believed to have been held captive.

Fitzgerald believes investigators will be on the scene for several hours. 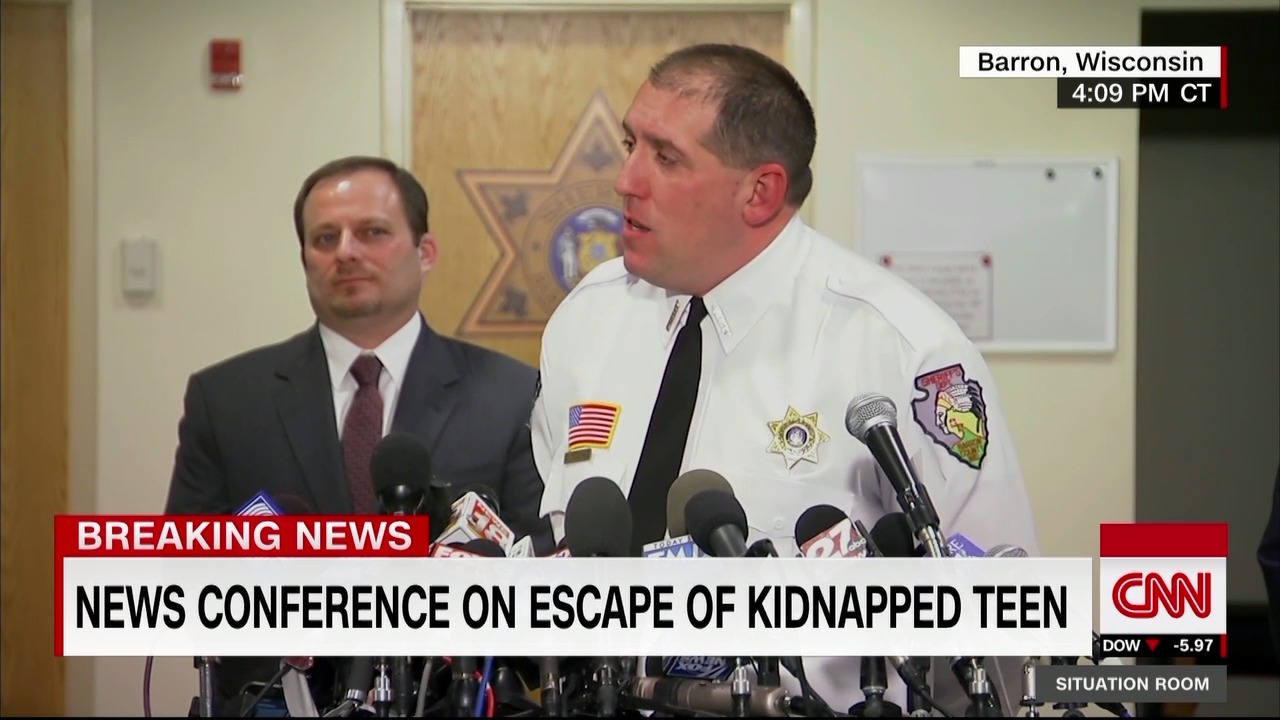 The 21-year-old suspect who allegedly kidnapped Jayme Closs after killing her parents was captured by police while out scouring the streets looking for the 13-year-old after she escaped, Sheriff Chris Fitzgerald told reporters at an afternoon press conference.

"While I don't know how she escaped at this time, we believe that the suspect was out looking for her when law enforcement made contact with him," Fitzgerald said.

He was not at home when she escaped, he added. 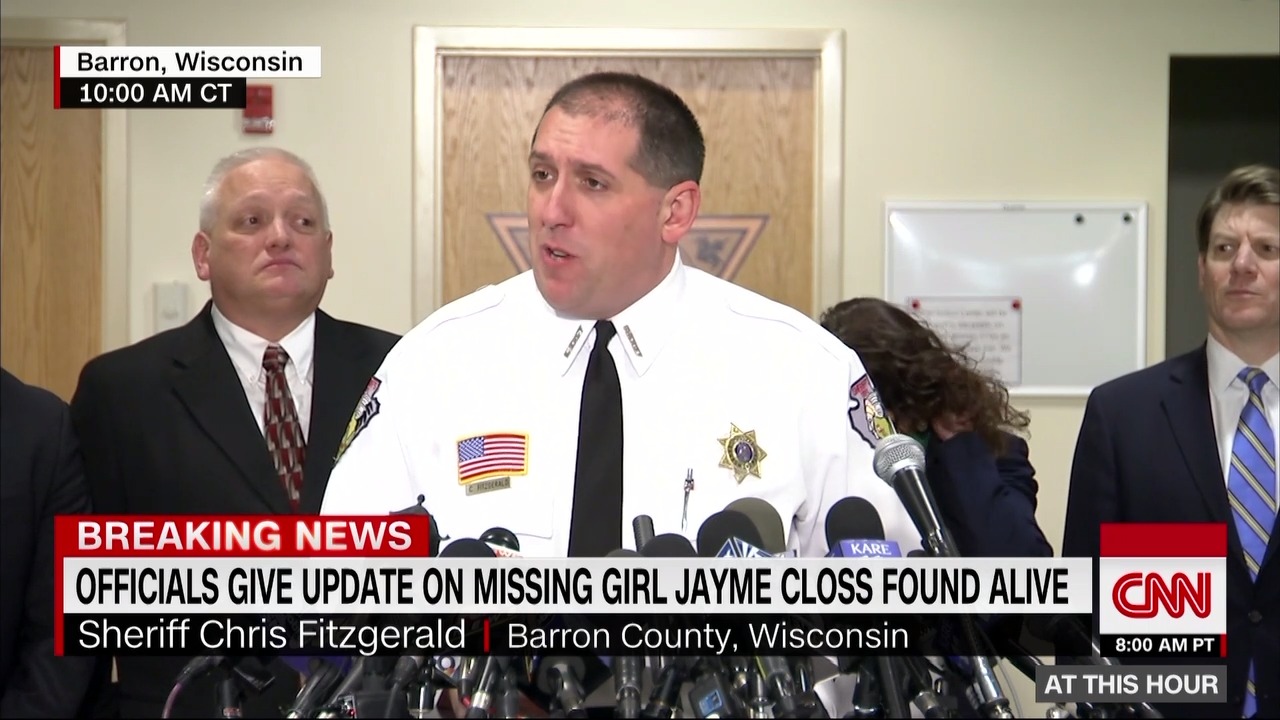 Patterson, the 21-year-old man accused of kidnapping Jayme Closs, will be charged Monday with two counts of first-degree intentional homicide and one count of kidnapping.

"At this time nothing in this case shows the suspect knew anyone at the Closs home or at any time had contact with anyone in the Closs family," Sheriff Fitzgerald said.

"The suspect had intentions to kidnap Jayme and went to great lengths to prepare to take her."

Patterson was not at home when Jayme escaped, the sheriff said.

While Patterson briefly worked at the Jennie-O Turkey Store, it appears he did not have any contact with Jayme's parents who also worked there.

“Nearly three years ago, Jake Patterson was hired one day but quit the next, citing that he was moving from the area. He has not been employed with Jennie-O since then,” the statement said.

Jayme's parents, Jim and Denise, also worked at the Jennie-O Turkey Store, the statement said. However, it is unclear if they actually worked together.

Jim and Denise were found shot dead in their home the same day Jayme went missing.