Jacob Blake is suffering paralysis from the waist down after being shot several times by a Kenosha police officer according to his father.

Blake's father, Jacob Blake Sr., was unsure if the paralysis is permanent or whether his son would recover some movement in the future.

Milwaukee County Executive David Crowley spoke out about the shooting of Jacob Blake in the nearby city of Kenosha, Wisconsin, saying “Blake’s wounds are a result of systemic racism.”

Crowley said the video of Blake was “startling” for him to see. Blake was shot as he tried to enter an SUV where his three young sons were inside, according to his family attorney.

“To know that his kids [were] also in the vehicle when he was shot lets you know that this was a true disregard of not only his life, but the traumatic experience his children even experienced,” he said.

Crowley said he wants to see police officers get de-escalation training and also have officers live in the communities where they work.

Milwaukee County became one of the first local governments to declare racism a public health crisis in April 2019.

Kenosha County District Attorney Michael Graveley said Monday an investigation into the Sunday shooting of Jacob Blake has kicked off, but is at its "earliest stages."

"We're asked to make two determinations based on the evidence that is presented," Graveley said. "One, did any officer, in this case, commit any crimes, and two, are there any crimes that we believe were committed that we can prove beyond a reasonable doubt?"

"If those two things are concluded as a yes, then criminal charges would be brought at the end of that process," he added.

Following the shooting, two Wisconsin police officers were placed on administrative leave, but the local police union has urged the public to withhold judgment until "all the facts are known." 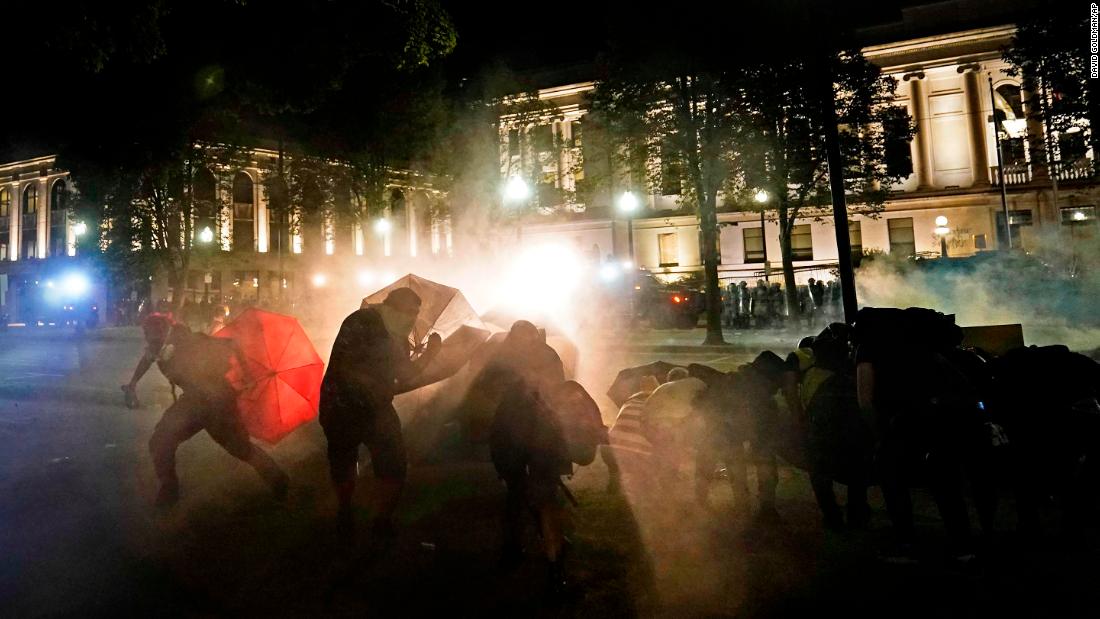 Buildings and cars in Kenosha, Wisconsin, were set on fire last night during protests reignited by the police shooting of 29-year-old Jacob Blake.

Enraged demonstrators poured onto the streets after video of the shooting began circulating on social media, showing an officer grabbing on to the man's tank top. Seven shots are heard, followed by the sustained sound of a car horn.

Several businesses were on fire late Monday in Kenosha after demonstrators defied the 8 p.m. curfew authorities had set. Wisconsin Gov. Tony Evers announced National Guard members would also respond to the city to help "protect critical infrastructure, such as utilities and fire stations and to ensure Kenoshians are able to assemble safely."

"We will continue showing up until they're tired of killing us," one Manhattan protester told CNN affiliate WLNY.

Protesters in Kenosha, Wisconsin, took to the streets last night to vent their anger over the Sunday shooting of Jacob Blake by police.

If you're just reading in this morning, here's what you need to know: