President Trump just had a meeting with Department of Homeland Security and Federal Emergency Management Agency officials as Hurricane Florence continues to barrel toward the East Coast.

The President said the US is "ready as anybody has ever been" for the storm.

"The safety of American people is my absolute highest priority. We are sparing no expense. We are totally prepared. We're ready," he said. "We're as ready as anybody has ever been."

Trump added that this hurricane will be "a very large one, far larger than we've seen in perhaps decades."

"Again, they haven't seen anything like what's coming at us in 25, 30 years. Maybe ever," Trump said.

Hurricane Florence is a currently a Category 4 storm, but it may continue to fluctuate in intensity as it moves closer to landfall.

This animation shows what each category of storm is like:

South Carolina Rep. Tom Rice is not sticking around for Hurricane Florence to make landfall.

The Republican lawmaker plans on leaving the evacuation zone because of the dangers the storm could bring. He's hoping others will do the same.

"This is a massive, powerful, destructive, devastating beast and it is headed right at us," Rice said, while speaking to CNN in Myrtle Beach.

Jim Darling and his parrot, Maximus, are planning to ride out the massive Category 4 storm, which is expected to hit the Carolinas Thursday.

"I'd rather just be at home, then stuck in a hotel somewhere," he told CNN on Tuesday while he was out shopping for supplies in Myrtle Beach, South Carolina.

State and local authorities are urging residents to leave some coastal areas before the dangerous storm makes landfall.

Despite the warnings, Darling, who's originally from Boston, said he faced worse storms in the past and was prepared to hunker down at his home. He stocked up on water, batteries, food and milk ahead of Hurricane Florence.

"I am not really worried about it. I won't be calling anybody to help me out anyhow, I can take care of it myself," he said. 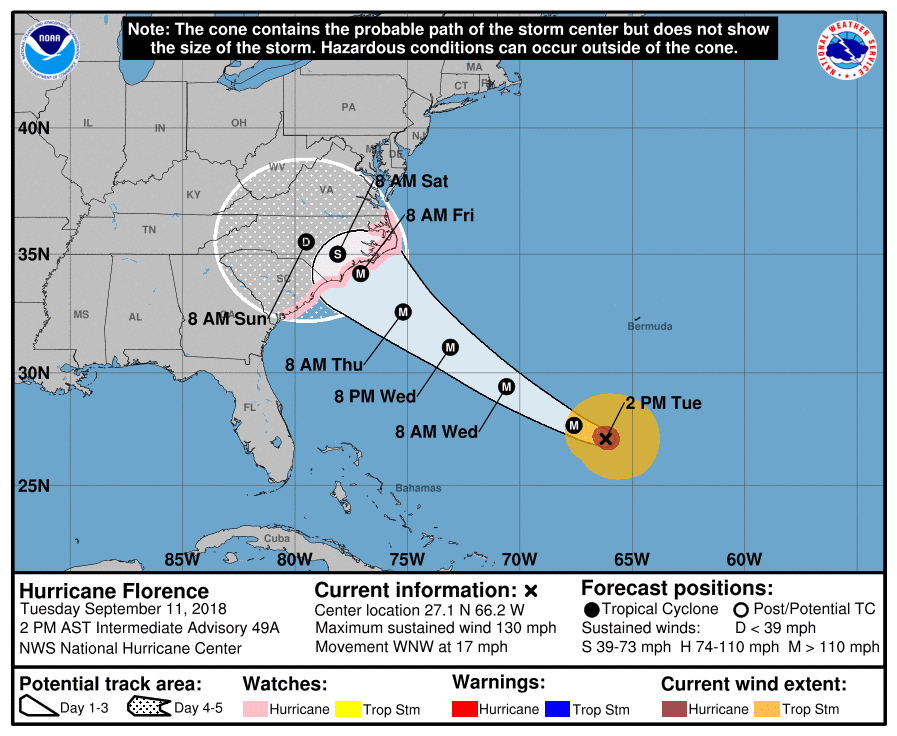 Parts of North Carolina, South Carolina and Virginia remain under a hurricane watch.

The next update will come at 5 p.m. ET. You can also track the hurricane with CNN's storm tracker.

"This storm is a monster," he said. "Even if you've ridden out storms before, this one is different. Don't bet your life on riding out a monster."

He continued: "The time to hope Hurricane Florence away is gone." 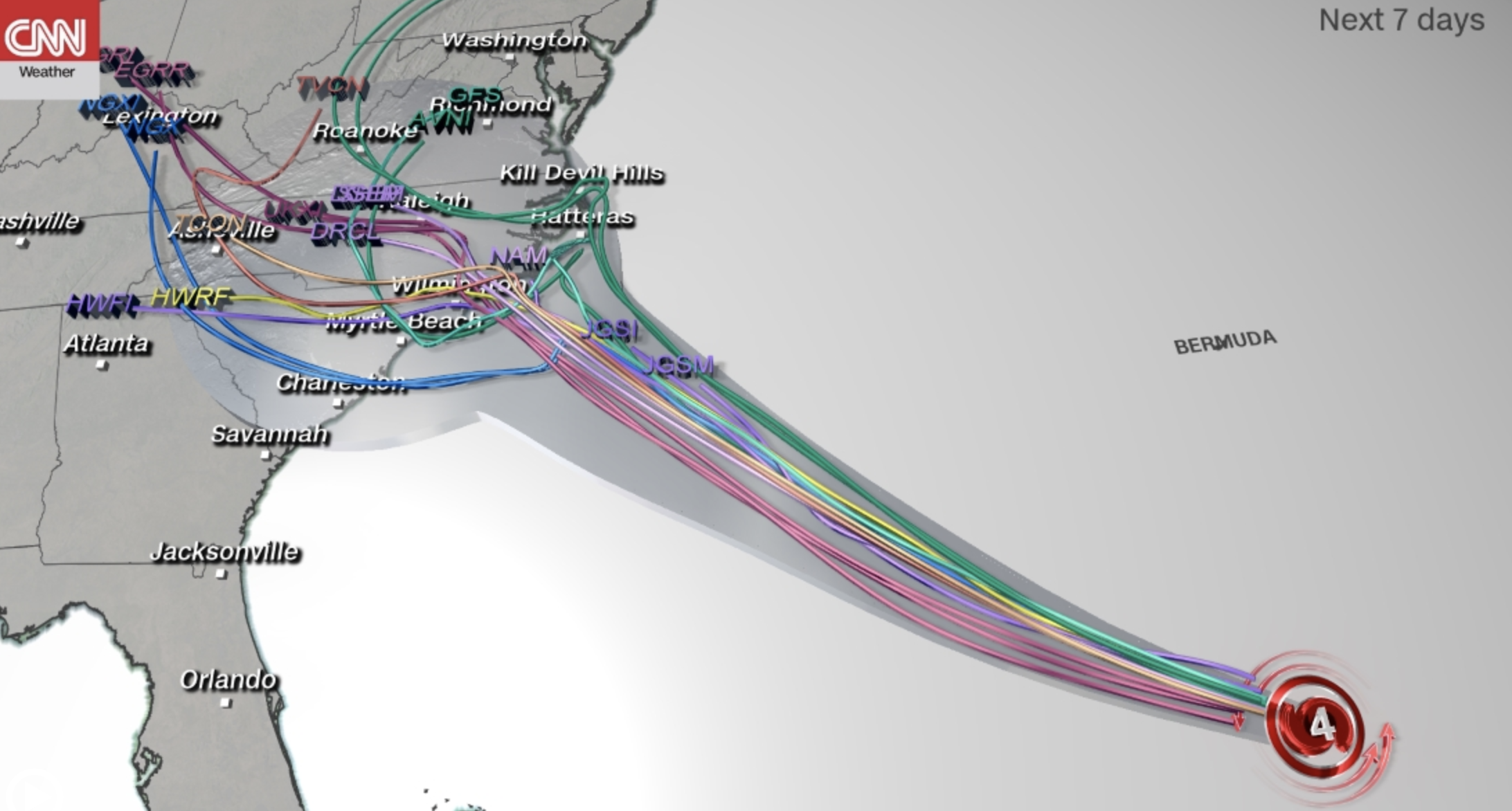 Approximately 1,473,340 people were under mandatory evacuation orders in North Carolina, South Carolina and Virginia, ahead of Hurricane Florence.

This does not include what are likely large tourist numbers as well.

Here's a breakdown for each state:

Amtrak announced this morning that it would adjust its service schedule along the East Coast ahead of Hurricane Florence.

More trains are canceled for Thursday until Sunday:

More lines will have modified service. Some lines will only make certain stops, with many only operating north of Washington, DC.

Here's the full breakdown from Amtrak:

Hurricane Florence is still offshore, but electric companies are already sending help to the states in its projected path.

Oklahoma Gas & Electric told CNN that some 79 line crew members and support personnel, in addition to 42 trucks, rolled out of Oklahoma City today and headed to Raleigh, North Carolina.