The eye of Hurricane Dorian is very large, measuring more than 57 miles in diameter.

As this storm continues to move northwestward, it will get dangerously close to the shore. It is highly likely with an eye this size that even if there is no landfall, the dangerous eyewall will thrash the coast. 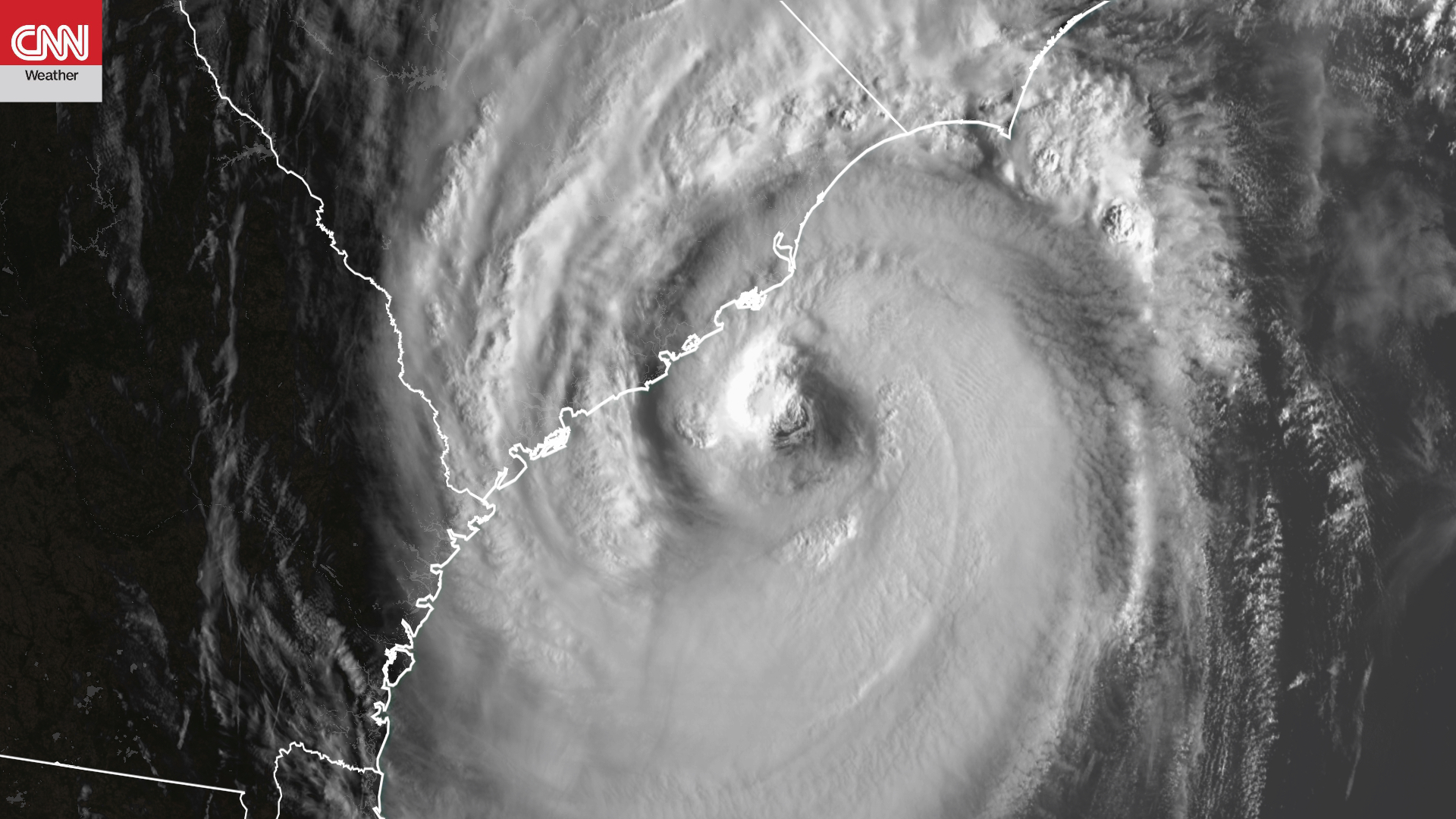 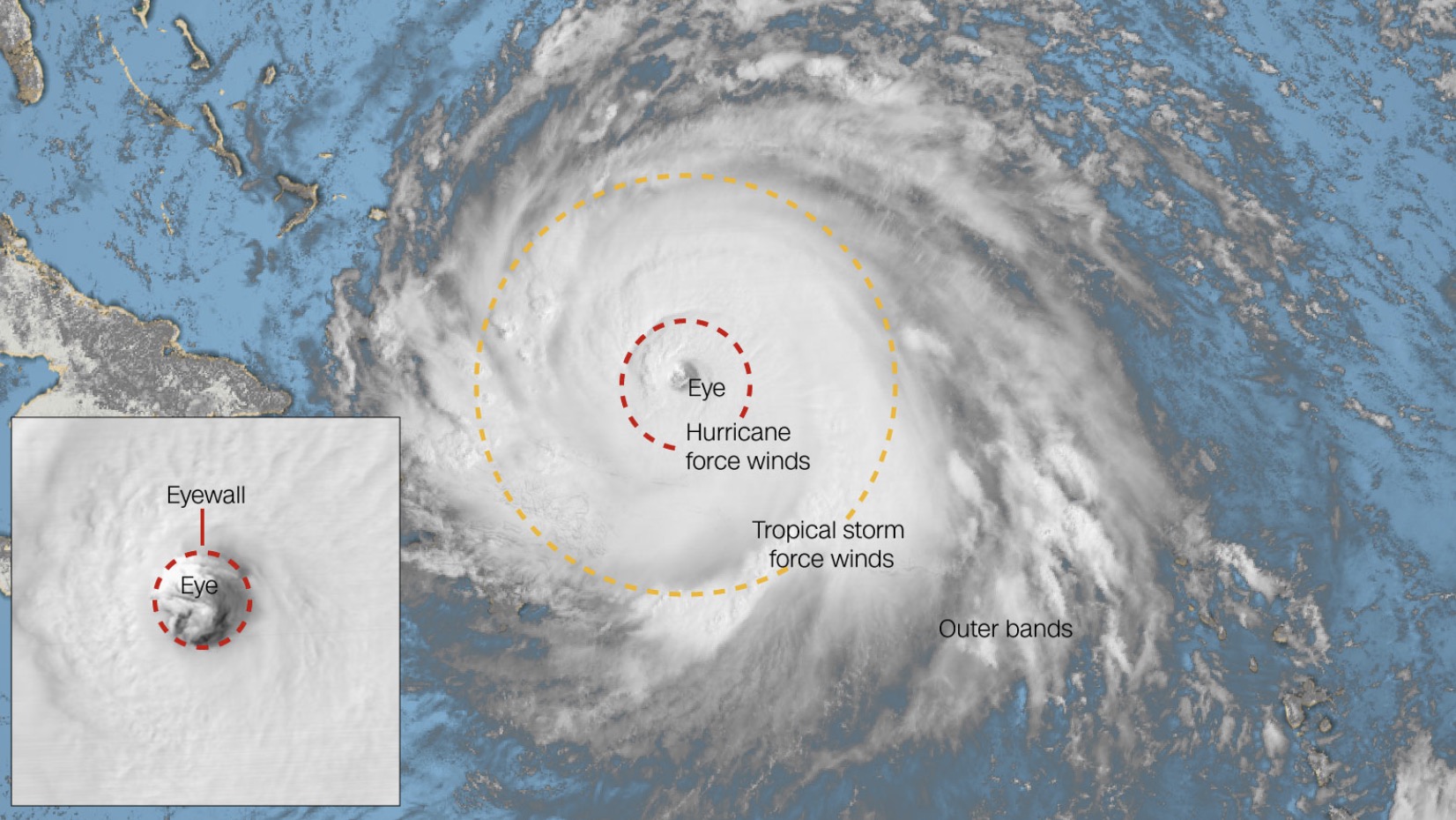 New images show homes with their roofs ripped off in the Farm community of Brunswick County, North Carolina. 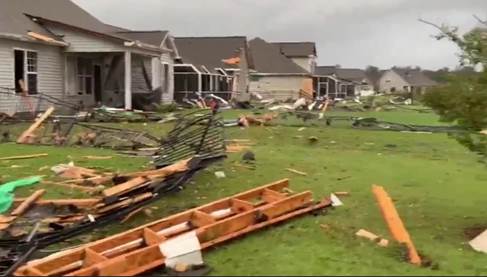 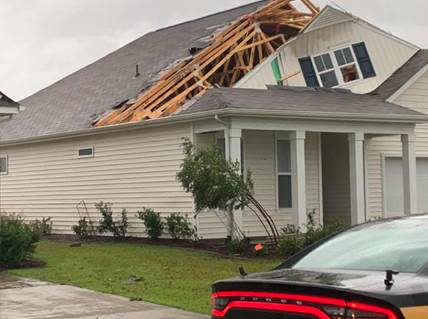 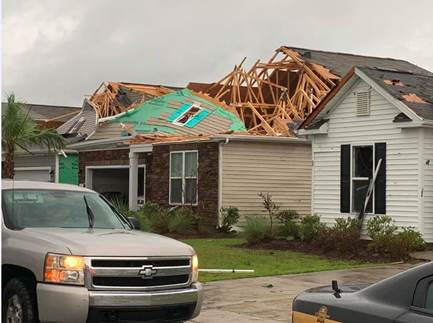 Karen Moran shared two videos of flooding in downtown Charleston, at the base of Ravenel Bridge.

Check out both clips below:

A tornado was seen in Wilmington near Pender County Fire Station 18 along Highway 17 this morning.

The video was tweeted by the National Weather Service Wilmington. The tornado was moving near Sidbury Road around 6:55 a.m. ET.

Roughly 206,295 customers are without power in Georgia and South Carolina as of 7:30 a.m. ET, according to poweroutage.us.

The bulk of the outages are in South Carolina with 194,113 outages reported so far.

In Georgia, 12,182 customers are without power, according to the website.

Police and fire crews are assessing damages from a possible tornado that touched down in areas of Westport Drive and Circle Drive in North Myrtle Beach Thursday.

Damage to some structures and vehicles has been confirmed, according to North Myrtle Beach Fire Rescue. There's been no confirmed injuries as of 7:36 a.m. ET.

Emergency crews are working in the area and are dealing with power outages, pole fires, flooded roadways and debris in roadways.

North Myrtle Beach Fire Rescue is asking people to stay off the roads.

CNN’s Patrick Oppmann and his crew have spotted US coast guard helicopters and planes flying over the Bahamas' Grand Bahama Island early this morning in an encouraging sign for the escalation of aid efforts.

Up until now, there's been no sign of any assistance from the outside world, as it’s been a near impossible feat for planes to land on the island with the Grand Bahama International Airport nearly completely destroyed by the hurricane.

Oppmann described a scene of “total devastation" at the airport this week, after the storm surge submerged the airport for two days, tearing apart some of its terminals and leaving planes scattered “like toys.”

The airport has been too dangerous to enter so far, as it is littered with metal and concrete – and no one has been able to come to do a damage assessment, he reported.

He said it's been impossible to imagine a plane landing or taking off, marking a key challenge for the isolated island, where the airport is a vital link to the rest of the world.

Wayne White was checking on some properties he manages in North Myrtle Beach Thursday morning when he tweeted a video of a possible tornado in a rain band of Hurricane Dorian.

"I own White Realty and was checking on some properties that we manage. While at a traffic light, I saw the circular motion of the clouds. I grabbed my phone and about that time the funnel dropped. It was crazy," White told CNN.

The video below contains swearing:

Downed power lines and other storm conditions from Hurricane Dorian have left more than 128,000 customers without power on the coast of South Carolina, according to Dominion Energy South Carolina.