The UK Ministry of Defence has released aerial images of the damage from Dorian on Great Abaco Island, in The Bahamas. They were captured from a Royal Navy Wildcat helicopter.

The island was one of the first to get hit by Hurricane Dorian after it turned in to a Category 5 hurricane. The helicopter had been conducting reconnaissance flights over the islands to assess the damage and provide important intelligence to the Bahamian government. 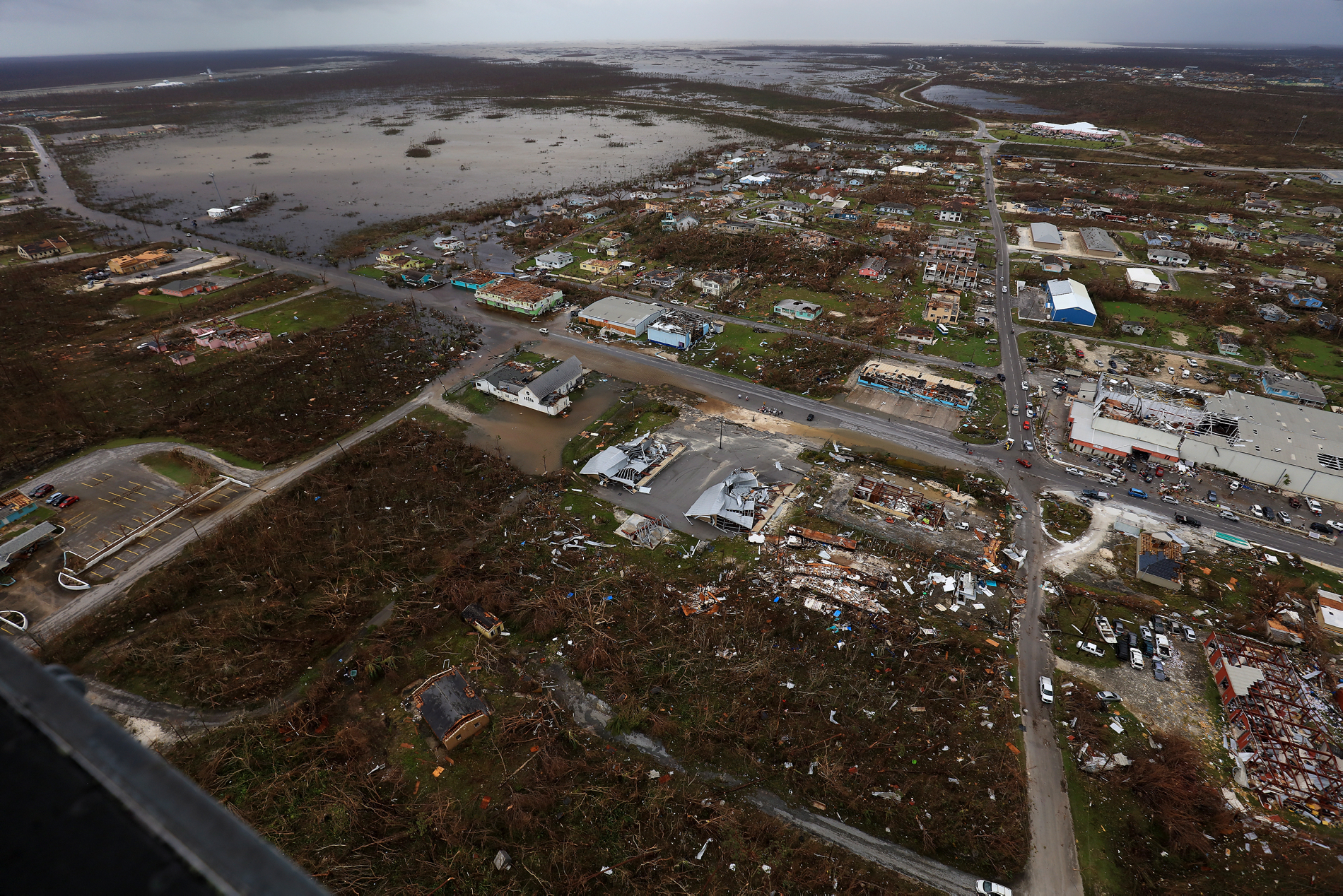 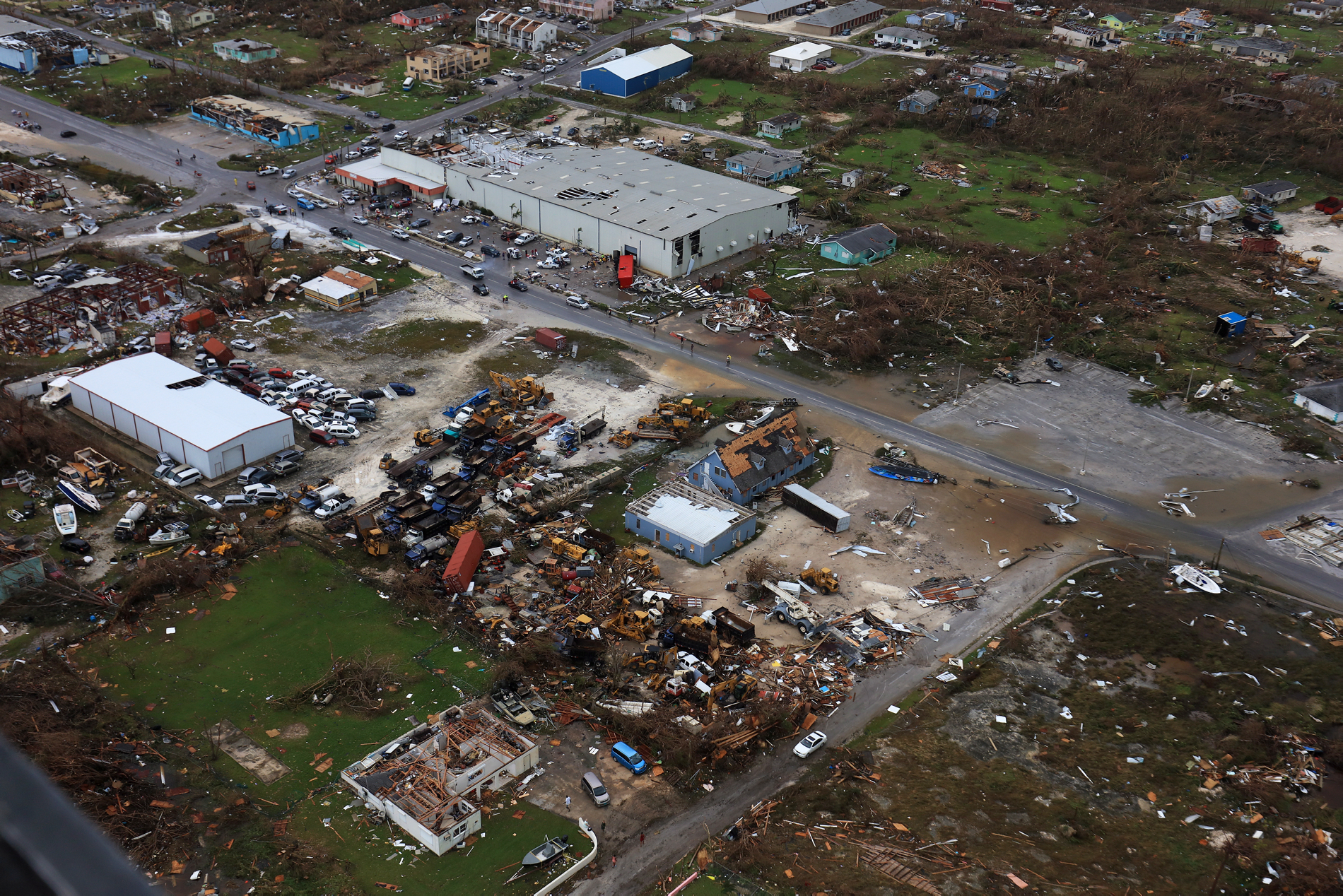 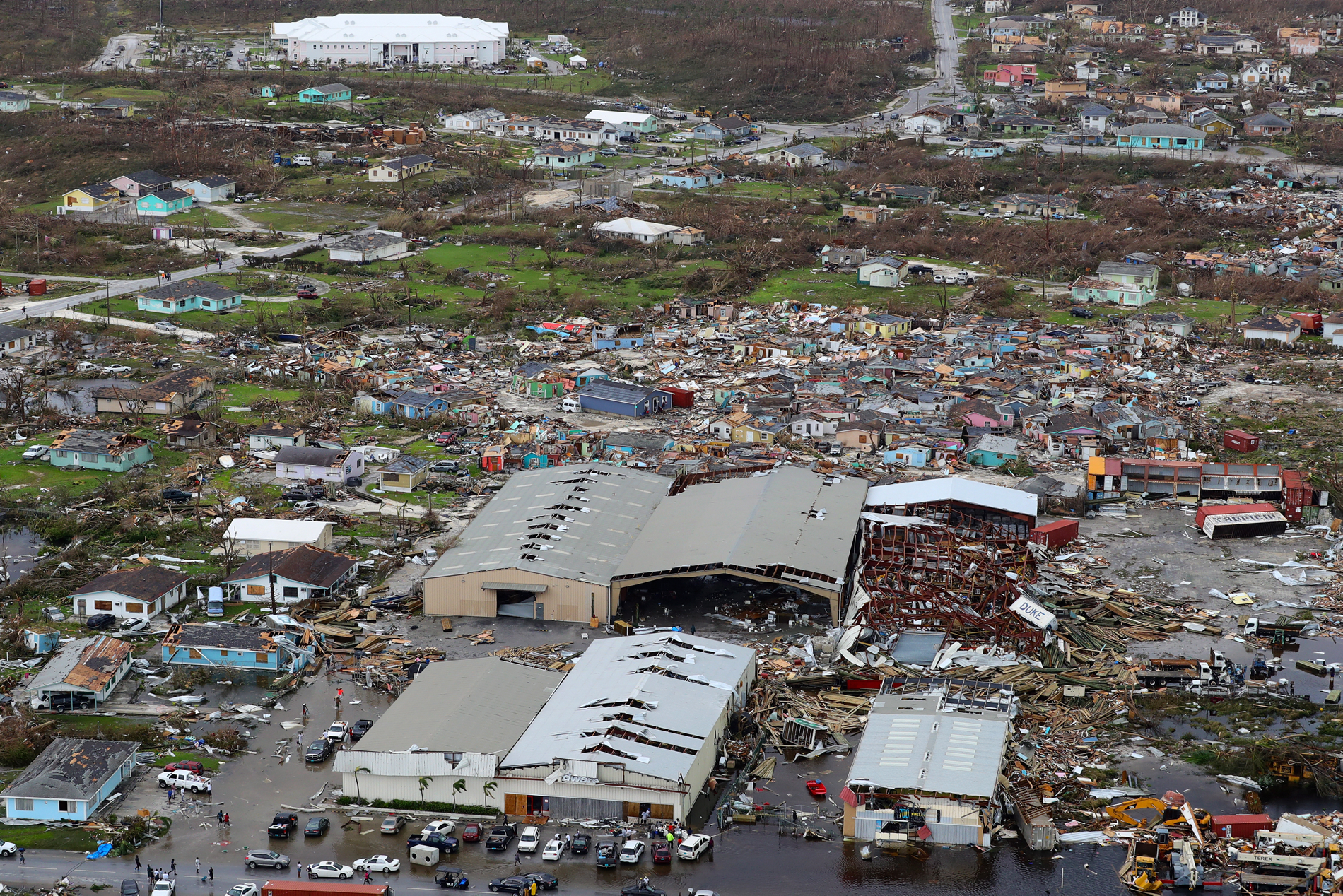 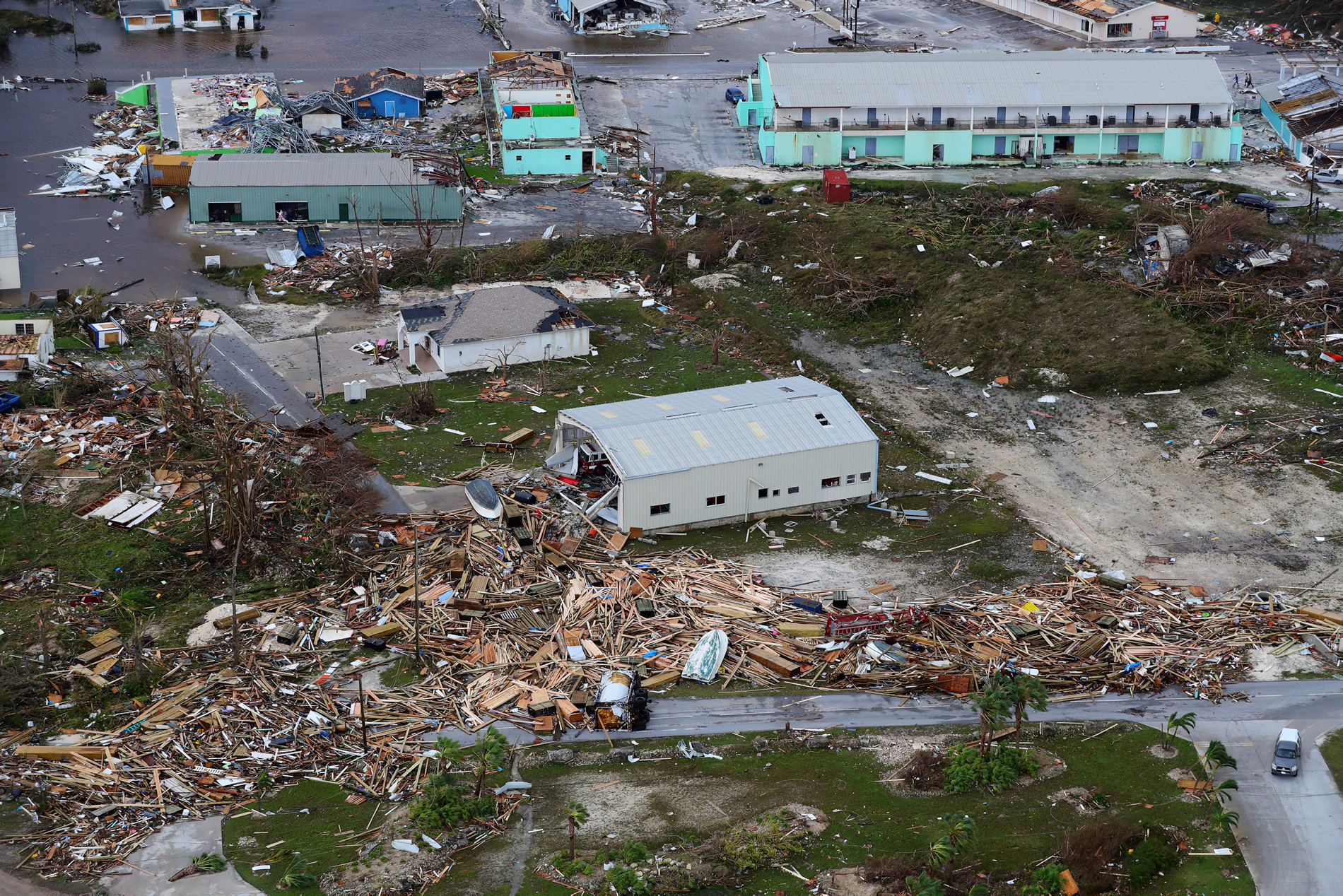 The patients were transported from Abaco to the Princess Margaret Hospital in Nassau, according to a press release from WHO.

"Some 400 persons sought shelter at the clinic in Marsh Harbour on Abaco and initial reports of deaths and injuries have not yet been confirmed," the press release said.

With Dorian threatening to make landfall in the Carolinas sometime this week, the National Hurricane Center is forecasting roughly 15 inches of rainfall in the region.

South Carolina and southeast North Carolina are at a high risk for flash flooding on Thursday, the NHC said.

Dorian has been dumping massive amounts of rain on the areas in its path. Earlier this week, Grand Bahama island was hit with as much as 30 inches of rain from the storm.

Communication out of Great Abaco Island and the Bahamas remains limited after Hurricane Dorian unleashed havoc in the Atlantic.

Flooded structures and downed power lines have made communications a logistical challenge. Dorian lingered over the islands for days, leaving catastrophic damage in the form of 30 inches of rain in some parts.

CNN's Patrick Oppmann experienced these challenges first hand during a visit to Freeport, Grand Bahama, where he saw the lengths ordinary citizens had gone for their neighbors and loved ones in need.

Weather conditions in the Bahamas have improved dramatically today. However, outer bands will continue to track across the islands giving the chance for sporadic rain throughout the day, according to CNN meteorologist Judson Jones. 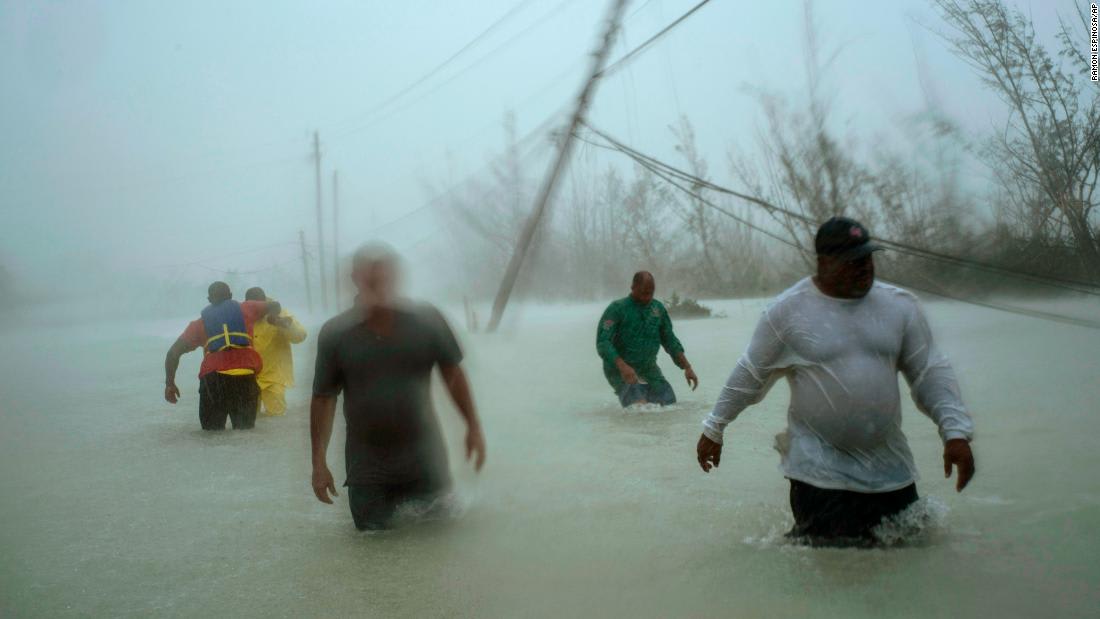 The death toll in the Bahamas is likely to rise as Hurricane Dorian recovery begins, authorities say

Officials there are currently working now to consolidate shelters according to the agency’s site.

Dorian continues to move to north parallel to Florida's east coast, according to the National Hurricane Center's 9 a.m. update. 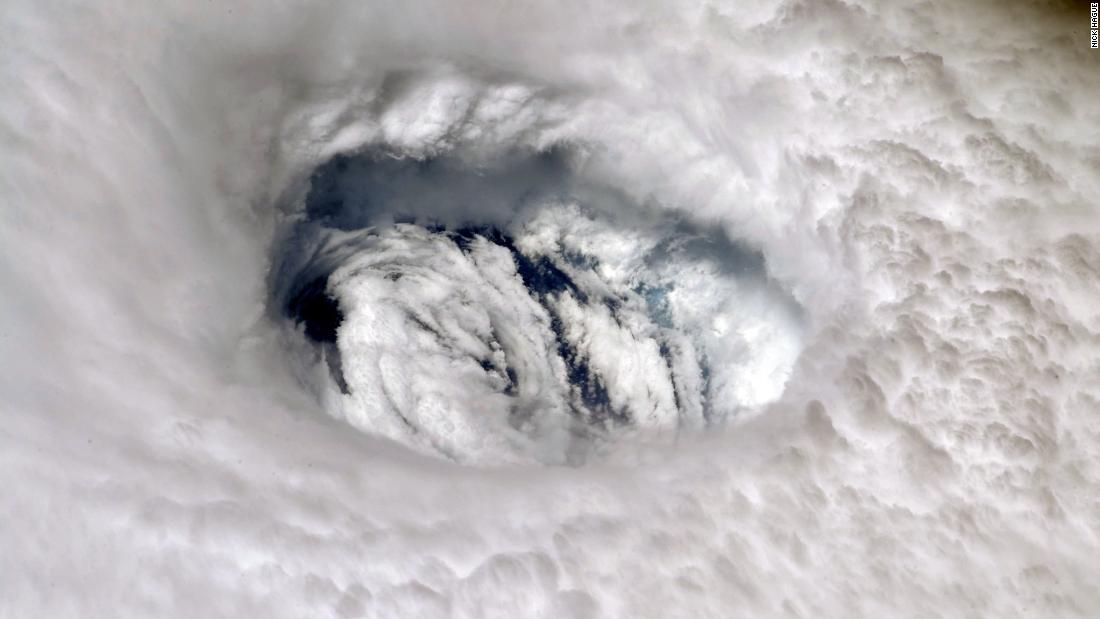 You don't have to be down on Earth to comprehend the destructive power of Hurricane Dorian.

He took this dramatic photo of Dorian from the safety of his perch inside the International Space Station and shared it on Twitter earlier this week. The angle of the photo allows you to peer directly down into the monster storm's eye.

"The eye of #HurricaneDorain," Hague wrote in the post. "You can feel the power of the storm when you stare into its eye from above. Stay safe everyone!" 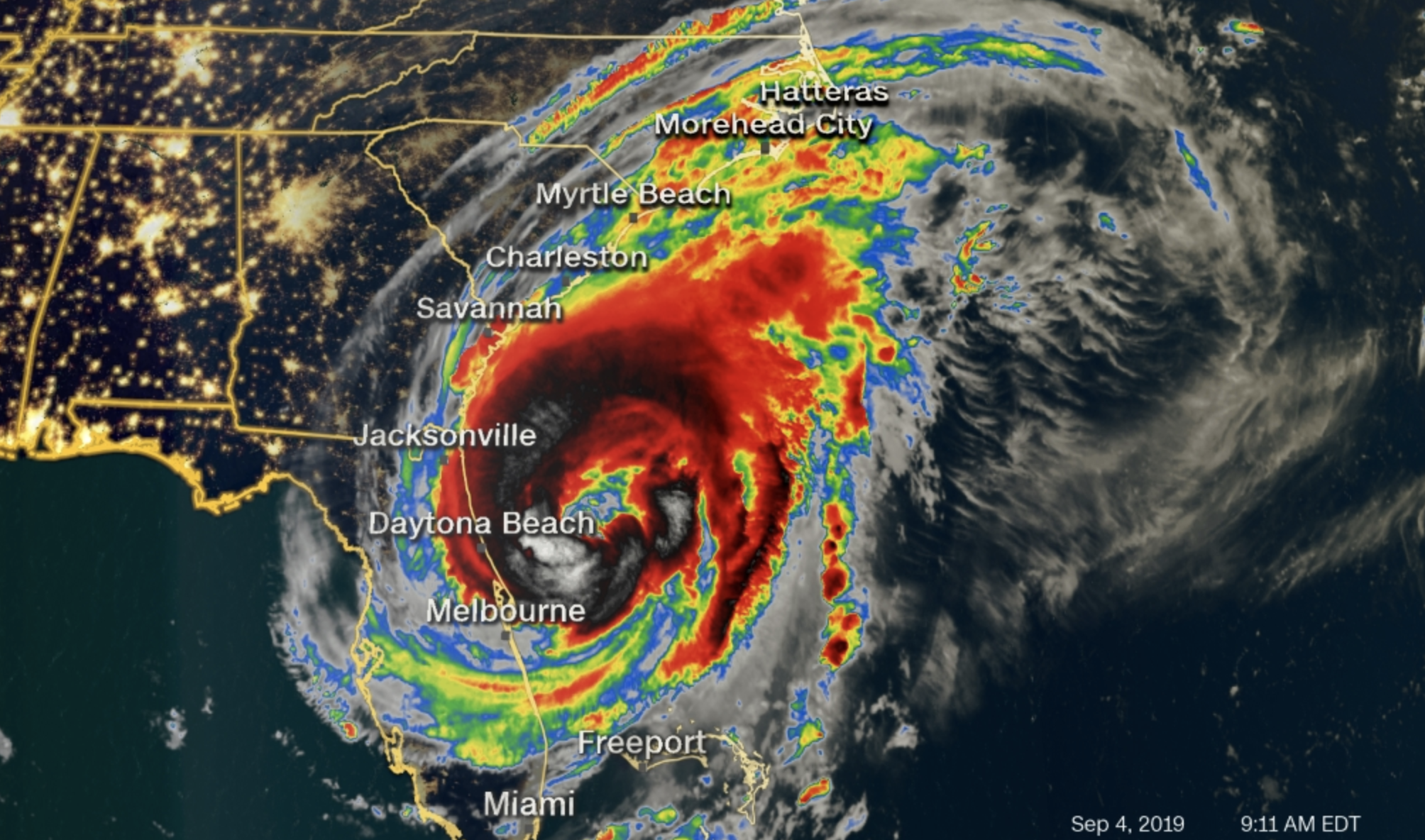 As Dorian moves north through this week, CNN meteorologists are reporting that the storm's most devastating parts could hit the Carolina coast.

Dorian's close proximity to the coast and the fact that its eye is 50 miles wide means that even if the storm's center doesn't make landfall along the southeast US, its eye wall — with wind gusts of 100 mph — could pass over land, particularly as Dorian heads north, CNN meteorologist Chad Myers said.

Landfall is a distinct possibility on Thursday from Charleston to the Outer Banks of North Carolina, CNN meteorologist Judson Jones said.

The center of Dorian is forecast to move near or over the coast of South Carolina and North Carolina Thursday through Friday morning, the National Hurricane Center forecast in its latest storm update Wednesday.

Read more about what Dorian is expected to do as it moves toward Florida, Georgia, and the Carolinas.

A 55-year-old Ocoee man was killed while trimming trees from around his house ahead of Hurricane Dorian. The incident happened on Monday evening.

Ocoee Fire Captain Corey Bowls tells CNN that the man was about 15-to-20 feet into the tree when a limb broke, causing the man to fall. He was transported to a local hospital, where he died.

This is the second storm related death in Florida. A 68-year-old Indialantic man died on Sunday while putting up plywood on his home. 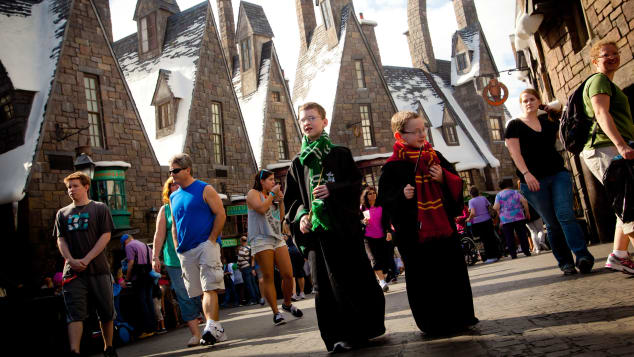 All Universal Orlando Resort theme parks and CityWalk will open as regularly scheduled today, according to a weather update from Universal.

We continue to closely monitor the weather. At this time, Universal Studios Florida, Universal’s Islands of Adventure and Universal’s CityWalk will open as scheduled on Tuesday, Sept. 3, however, Universal’s Volcano Bay Water Theme Park will be closed and Blue Man Group shows canceled.
We will continue to share operational updates as needed.