Hurricane Dorian intensifies as it heads for US

Florida Gov. Ron DeSantis’ office has released a list of school districts, colleges and universities that are canceling classes ahead of Hurricane Dorian.

These are the school districts that have announced closures:

And these state colleges and universities have also announced closures: 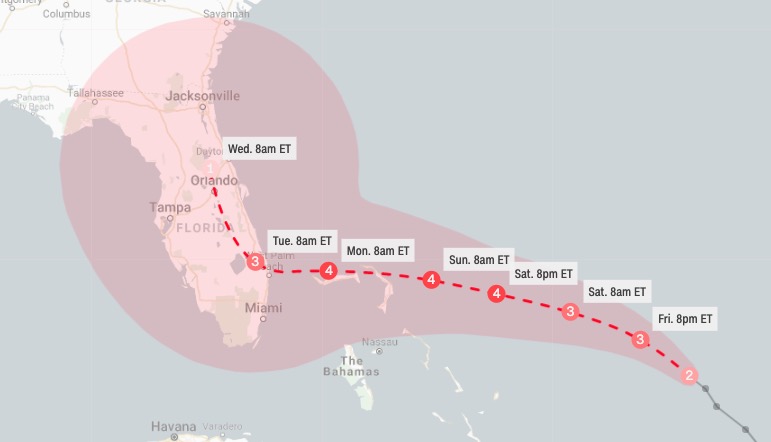 Florida Gov. Ron DeSantis has been briefing by the director of the Division of Emergency Management and a state meteorologist.

Hurricane Dorian is currently a Category 3 storm with maximum sustained winds of 115 mph.

But the forecast indicates Dorian may be a Category 4 hurricane — with winds from 130 to 156 mph — when it strikes.

Here's why that matters: Meteorologists use the Saffir Simpson Hurricane Wind Scale to measure a hurricane's strength.

This is what each category of a hurricane looks like:

Hurricane Dorian continues to strengthen in the Atlantic Ocean, with winds increasing up to 115 mph, making Dorian a Category 3 hurricane on the Saffir-Simpson scale.

Hurricanes that are Category 3 or higher are considered major hurricanes.

More about categories: Meteorologists use the Saffir Simpson Hurricane Wind Scale to measure a hurricane's strength.

Bahamas Prime Minister Hubert Minnis urged Bahamians living in vulnerable areas to not be “foolish” and try to ride out Hurricane Dorian.

“Don’t put your life and those love ones unnecessary risk. I urge you: Do not be foolish and try to brave out this hurricane," he said.

He said people need to evacuate as emergency personnel can’t be expected to risk their own lives to rescue them.

“Let me be externally very clear: Those who refuse to evacuate place themselves in great danger from very powerful and potentially life-threatening hurricane.”

Minnis said he and his cabinet met with agency officials on Thursday night “to map out the way forward."

The Bahamian prime minister announced all government offices are closed as of noon Friday.

Every county in Florida is under a state of emergency as the state prepares for what may be the strongest hurricane to hit its east coast in nearly three decades.

Dorian — which is currently a Category 2 storm — is forecast to make landfall as a Category 4 storm on Monday, with sustained winds of around 130 mph. If that forecast holds, it will be the strongest hurricane to strike Florida's East Coast since Andrew in 1992, according to CNN Meteorologist Brandon Miller.

The direct death toll was 26 people — 23 in the United States and three in the Bahamas.

Its path included northwestern Bahamas, Florida and Louisiana, and it caused between $25 and $27 billion in damage.

“New York City is ready to do whatever it takes to help those impacted by Hurricane Dorian,” said de Blasio said in a statement. “We are actively monitoring the situation in Florida and the FDNY Incident Management team will be assisting and coordinating with local first responders to ensure they have the support they need in the coming days.” 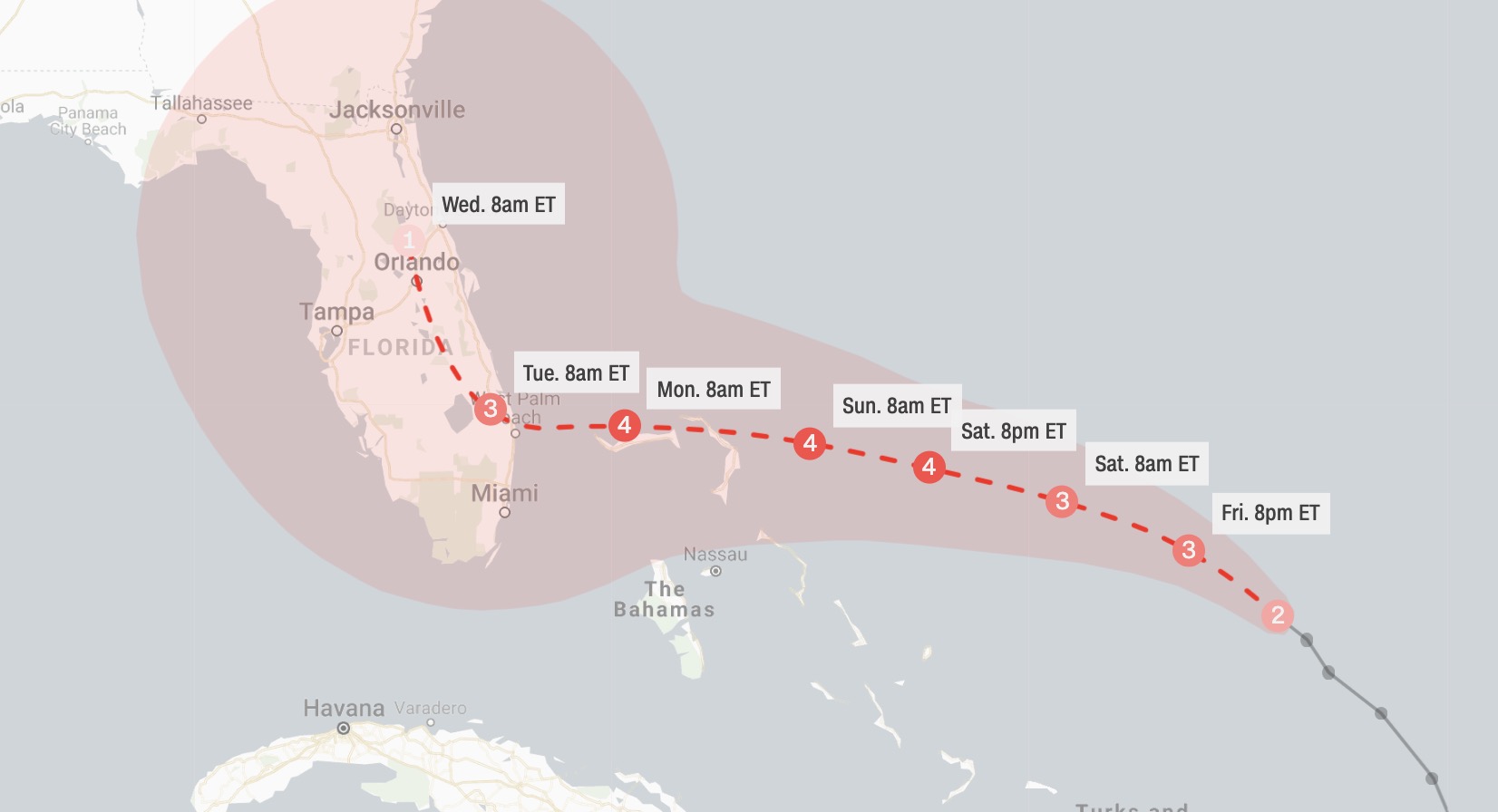 Dorian is currently spinning in the Atlantic Ocean with winds up to 110 mph.

So far, the storm has swept across the British and US Virgin Islands and whipped Puerto Rico with rain. It's expected to get even stronger over the next few days — with winds reaching up to about 130 mph — though it will likely slow down before it hits.

If Dorian continues on its current forecast, it will smack Grand Bahama island on Sunday before it makes landfall in Florida on Monday.

Remember: We're still a few days out, so the storm could land anywhere from the Florida Keys to southeast Georgia. CNN meteorologist Judson Jones predicted on Thursday that it could be between the Space Coast and West Palm Beach.

You can track the path of the storm here.

On Saturday, the visitor center will be open during regular operating hours of 9 a.m. to 6 p.m. ET. Kennedy Space Center Bus Tours to the Apollo/Saturn V Center will be available until 2:30 p.m. Special Interest Tours will not be available.

During this closure, visitors will not be permitted onto visitor complex grounds, the space center said in a news release.

Planning a trip? For the latest updates visit KennedySpaceCenter.com.