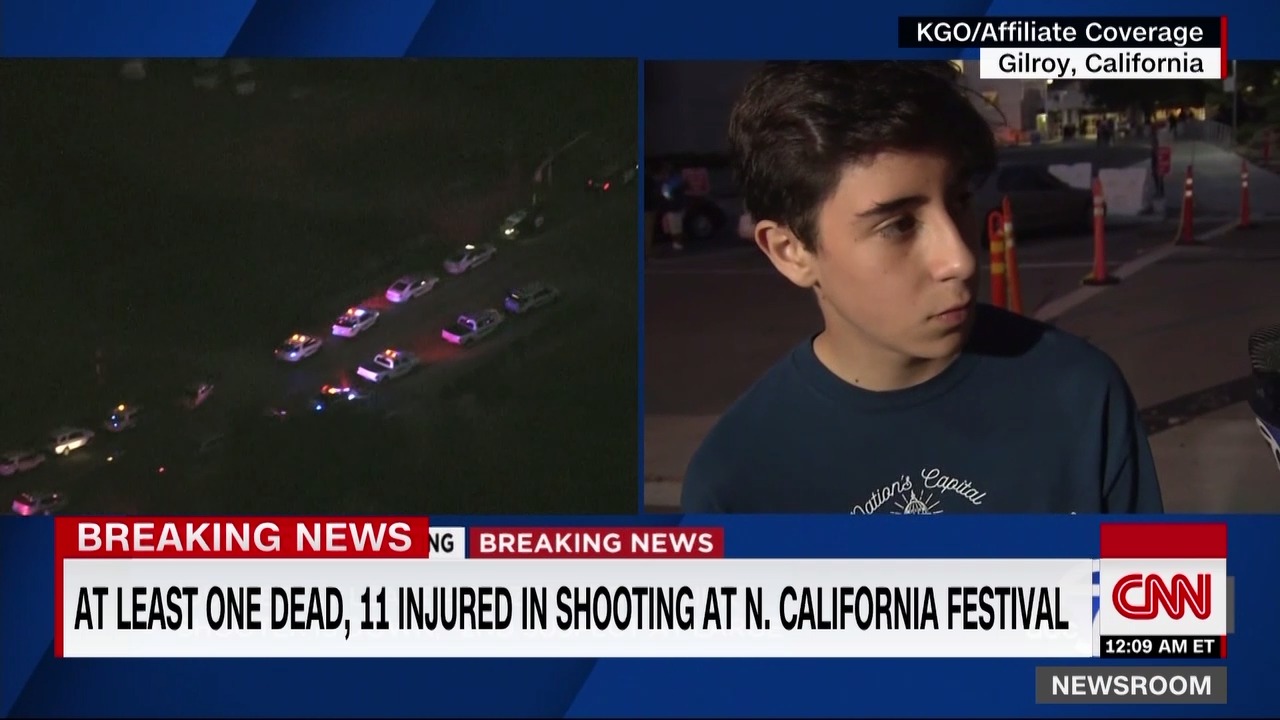 Speaking to CNN affiliate KGO-TV, an eyewitness at Gilroy described fleeing the scene of the shooting with his 12-year-old cousin, who had been shot.

"We saw a hole in her leg and she was crying," he told reporters.

"She was hurting a lot," he said. "She was running fast -- that's why we didn't know if she got shot, she was running normally ... It was probably just adrenaline because she wanted to get out of that situation."

The girl has since been driven to the hospital, he said.

At least one person has died from the shooting, and at least 11 are injured, officials say.

Christopher Ranch, one of the major garlic producers in Gilroy, said the shooting at the Gilroy Garlic Festival had "shattered" the small city's beloved annual event.

"Today the unimaginable happened. Our community has worked for over 41 years to bring together our hometown of Gilroy. And in a series of selfish acts, the unspeakable has shattered what we’ve always known to be a safe and united cultural experience. We are still gathering information, but we want our hometown and the world to know that we will rise above this, that we will come together, and always champion the Gilroy community," the company said on Facebook.

Gilroy is known for its garlic — the town actually smells of garlic most of the year. The Garlic Festival, a three-day event, celebrates this cornerstone of the community with food, drinks, live entertainment, and cooking competitions, according to its website.

Sunday was supposed to be the festival's final day. It was held at Christmas Hill Park, about 30 miles away from San Jose. 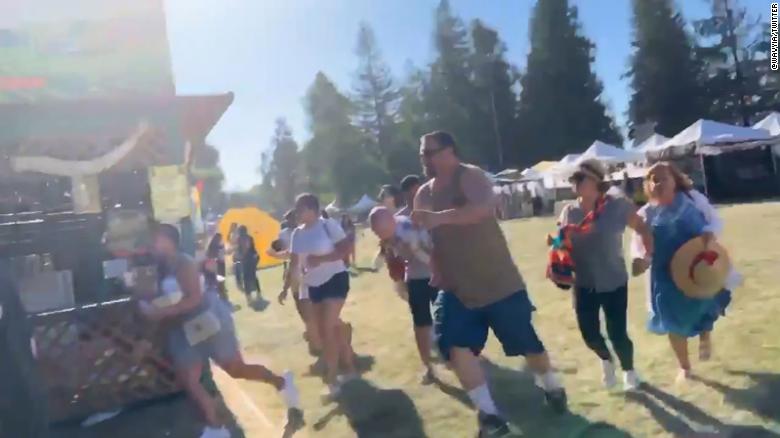 A witness at the shooting told CNN that the Gilroy Garlic Festival erupted into chaos when the shooting began around 5:30 p.m. local time (8:30 p.m. ET).

"You could hear bullets, and the bullets were hitting the ground. You can see them go up, and that's when I called out, 'It's a real gun.' So, the crew and the band ran and hid underneath the stage. So, we were hiding underneath the stage. We could hear more gunfire happening. Eventually some gunfire happened and bullets were hitting the stage that we were hiding underneath. And then eventually it stopped," the witness told CNN.

He added that while he was under the stage, he was texting his family, "telling them I love them because I had no idea what was going to happen."

Christian Swain, who had been performing with his band when the shooting began, had reached the end of the set and was about to play one last song.

"About halfway into it, we heard about three pops to the left-hand side of the stage. And, you know, it's a little confusing. We didn't know what that was. And then all of a sudden there was a whole volley of shots that all of a sudden became very obvious, so we ran off the stage," Swain said.

At least 11 people have been injured, all suffering from gunshot wounds, according to Joy Alexiou, a spokesperson for Santa Clara Valley Medical Center.

The victims are in serious to fair condition, Alexiou said.

Law enforcement on the scene in Gilroy, California, have recovered a firearm and rifle ammunition, officials told CNN.

At least one person has died from the shooting, with multiple more injured, officials said. Police, firefighters, and emergency personnel are also on the scene.

At least one person is dead and multiple people were injured in a shooting in Gilroy, California, according to law enforcement officials.

The Gilroy Police Department are warning residents not to come to Christmas Hill Park, where a shooting has occurred.

"This is still an active crime scene," the police department tweeted.

A law enforcement official has confirmed to CNN that FBI agents from the San Francisco division are responding to the reported shooting in Gilroy, California.

Police, firefighters, and emergency workers from San Francisco and San Jose have also been mobilized, and there are police on the scene in Gilroy.

California Gov. Gavin Newsom has tweeted about the shooting in Gilroy, calling it "horrific."

"Tonight, CA stands with the Gilroy community," he tweeted.