Our live coverage of the Black Lives Matter protests has moved here.

Vickey Scott, whose son Derrick died after being arrested and telling police "I can't breathe," said the renewed interest in her son's death has been difficult "because I did not know the truth from the beginning."

Oklahoma City police this week released body-camera video of the 2019 incident, when Derrick Scott was arrested. He died not long after, saying repeatedly during the encounter that he couldn't breathe.

The police footage of Derrick Scott's arrest was released to media after a recent Black Lives Matter protest in front of a city police station.

Vickey Scott said she didn't learn of her son's death until four days after he died. She wasn't allowed to see his body until the day before his funeral, eight days after the incident, she said.

She said she hasn't watched all of the body-camera video because it was too painful.

"No mother or father should have to go through this," she told CNN's Don Lemon.

"The other night I was lying in bed and I woke up and it was on the television and I just caught the part at the end of it where he was calling my name when he was saying mama, mama and that just killed me, because I had no idea. I had no idea. My heart is broken," she said.

Public Enemy rapper Chuck D said he believes the protests against systemic racism and racial injustice across the US are "different" and powerful because of their grassroots nature.

"Every generation has been angry," he told CNN's Chris Cuomo on Friday night. "But this generation right here is connected where their voices are heard. Their voices are felt, and they're going about doing something."

"This generation right here, is one that is connected. They're connected by technology. Their feelings of anger. Their desire for change throughout the world," he said. "This is leaderless ... but there is leadership in all of these voices."

Watch more of the conversation:

As municipalities across the United States revisit the naming and display of monuments honoring people with histories of racism and violence toward minorities, the Christopher Columbus statue and Columbus Circle in New York City have come under fire for commemorating the man often credited with "discovering" America.

A petition has started on change.org asking for the renaming of the circle and the removal of the statue "from public view." However, recent comments from New York City Mayor Bill de Blasio and state Gov. Andrew Cuomo suggest that neither the statue, nor the name of the circle, is going anywhere.

Cuomo said at a press conference Thursday that he felt the statue of Columbus, who originally hailed from Italy, was an important symbol for Italian Americans.

De Blasio said Friday he would stick by the January 2018 decision the Mayoral Advisory Commission on City Art, Monuments and Markers. A majority of commission members "advocated for keeping the Columbus statue and fostering public dialogue," according to the commission's report. 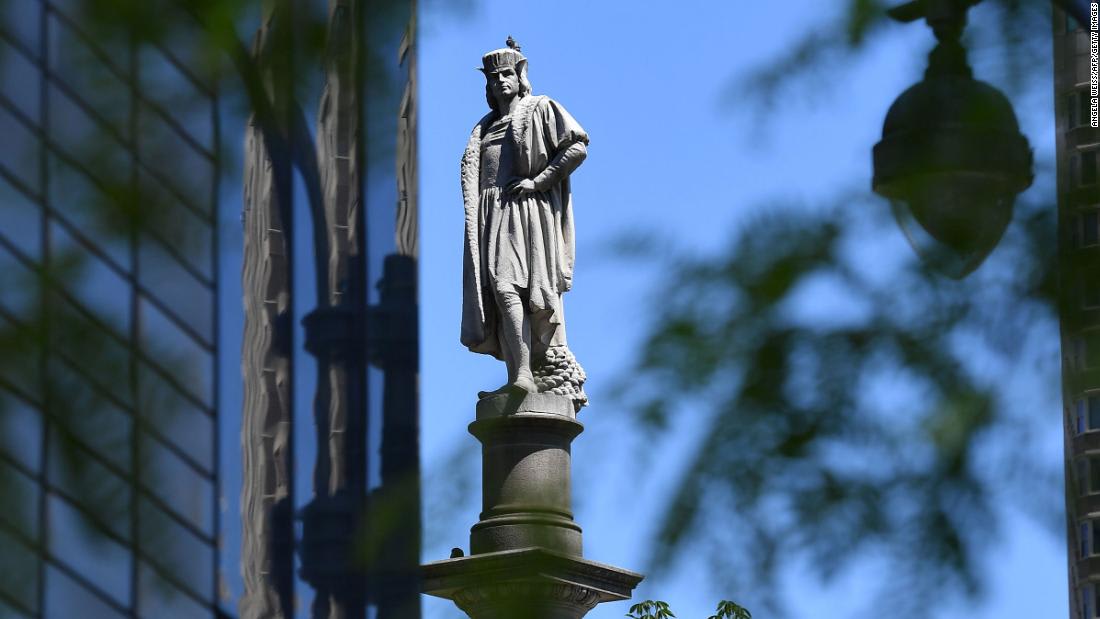 CNN's Dan Simon was inside an area in Seattle near a downtown police precinct that protesters have occupied and are referring to as the "Capitol Hill Autonomous Zone."

Simon said it felt like a "Friday night social scene."

"You have a street-like festival situation, hundreds of people. There's a barbecue going on. You've got people walking around with their six-packs of beer, you have folks who aren't necessarily part of this movement, just coming by to have a look at things," he said.

A Twitter spat with the President: With demonstrators refusing to leave the Capitol Hill neighborhood, police were told to board up and empty the neighborhood’s East Precinct building.

President Donald Trump has been highly critical on Twitter of how Mayor Jenny Durkan has handled the situation. He accused her of letting "anarchists" take over the city.

Durkan told CNN’s Chris Cuomo Friday night that there’s nothing about the city’s “autonomous zone” to be concerned about.

“I want to assure the President that Seattle is fine," she said.

Durkan said authorities are going to “continue to analyze whether that’s the best place for police to operate.” 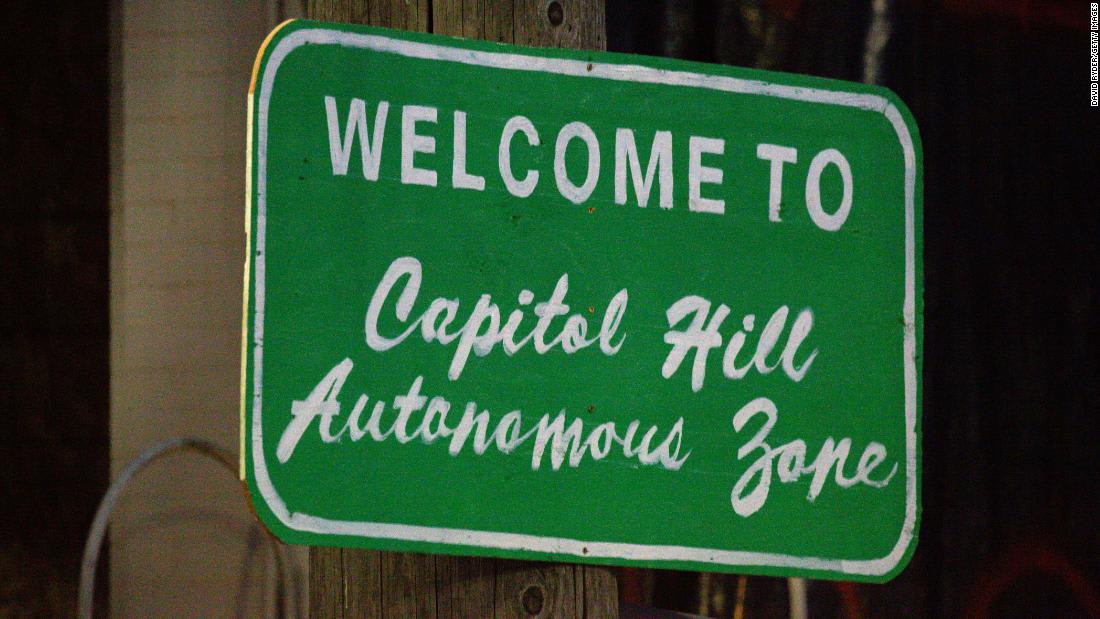 The lawyer for one of two teenagers arrested in Tulsa for jaywalking has told CNN's Chris Cuomo that footage of the incident shows "the only thing the teenagers were guilty of is walking while black."

Videos of the June 4 arrest were released in response to social media messages from the community about the incident, police said. The videos appear to have been blurred and redacted by police to conceal the teenagers' identities.

In the footage, the two teenagers can be seen walking down the middle of a road together before they are approached by an officer on foot and a second in a squad car.

Once police reach the pair, one officer can be seen forcing a teenager onto his stomach to handcuff him, while holding him down with his arms and knees. The second teenager is also handcuffed, but doesn't struggle and remains standing.

Lawyer Damario Solomon-Simmons told Cuomo the boys "were not jaywalking."

"They were actually walking down the street and had been followed for quite some time by those officers and there was no sidewalk," he said.

Solomon-Simmons said the two kids were "petrified to go outside again."

Tawanna Adkins, the mother of one of the teens, said she believes the pair were racially profiled. She and Solomon-Simmons said the teen who struggled is the victim of previous trauma, and the incident with police "triggered him."

He's had some prior trauma and doesn't like to be touched," she said. "It's like pulling a Band-aid off an old scar."

Tulsa Mayor G.T. Bynum said in a statement Wednesday that the incident is being investigated.

"I want every kid in Tulsa to feel safe to walk down the street in their neighborhood. No Tulsa kid should have to fear being tackled and cuffed for walking down the street. I viewed that footage last night more as a parent than a mayor," he said.
"I know the officers in that unit focus on removal of illegal guns from the streets, but the goal of that work should be that families feel safe in their neighborhood. This instance accomplished the opposite."

Within hours of his call to 911 outside a convenience store, Sterling Higgins lay dead, after video shows him being forcibly restrained on the floor at the Obion County Jail in Union City, Tennessee.

A surveillance camera video from that morning, 15 months ago, shows a correctional officer gripping Higgins' neck and head for nearly six minutes, and part of that time his arresting officer with one foot on him. Then, Higgins' limp body was dragged to a restraint chair and wheeled into a cell.

The video, submitted in a wrongful death lawsuit filed in federal district court in Tennessee, is at the heart of a claim that yet another black man needlessly died in custody because of law enforcement misconduct. All the defendants have denied the allegations in legal filings.

Those videos were never shown to a grand jury that, last October, declined to indict any of the officers involved, as first reported by WSPD, in Paducah, Kentucky. The 27th District attorney general, Tommy Thomas, told CNN he didn't see the need to show jurors the video because he already had decided not to seek criminal charges against the officers.

He said that while he doesn't believe the officers handled the situation correctly, "that's a long way from being criminally responsible for a homicide."

Edwin Budge, a Seattle-based attorney representing Higgins' estate, said the videos are crucial evidence and that the grand jury "should have been provided with those facts; and now it's our job as civil attorneys to bring these facts to light."

Higgins's death raises questions not only about the events of that night, and the officers' use of force, but also about police training and practices in how to handle people behaving bizarrely or who seem to be mentally distressed. 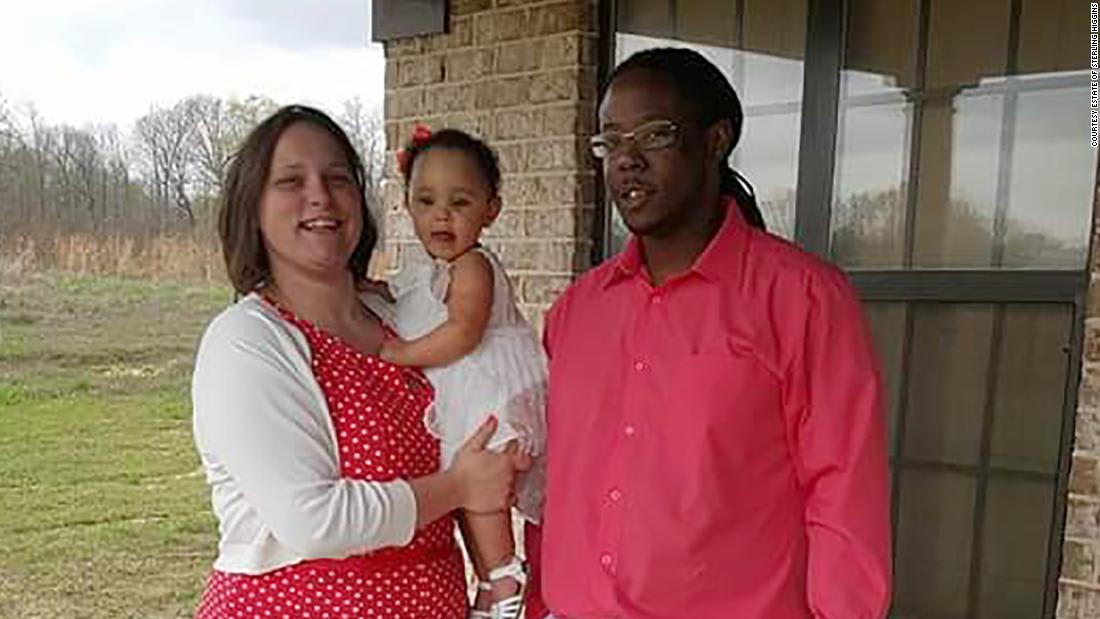 Actress and comedian Tiffany Haddish spoke with CNN about the racism she experiences as a black woman in America.

Haddish shared her frustration about being a good citizen and working hard but not being able to drive around without getting stopped.

“I can’t even drive to Beverly Hills without getting pulled over,” Haddish said. “And I got a Tesla."

"I shouldn’t be afraid when I see those lights come on," Haddish said while referring to the lights on a police car. "I got PTSD watching my friends being killed by the police."

Haddish, who is known for her roles in "Girls Trip" and "Like a Boss," expressed concern for certain family members of hers that may not come back when they walk out the door.

"It’s devastating, it’s scary. Sometimes I want at least two white friends to go out with me," she added.

It's been nearly three weeks since the death of George Floyd at the hands of a police officer and protesters are still on the streets across the country.

Hundreds of protesters in Minneapolis are marching Friday night, saying they don't believe enough has been done in response to Floyd's death.

Here's a look at the protests across the country: