German Foreign Minister Heiko Maas said his thoughts were with those close to George Floyd whose life was lost in a “horrible and shocking way, or rather, one has to say, that it was taken from him.”

Maas, speaking during a news conference with his Ukrainian counterpart in Berlin, said peaceful protests must always be possible, but it has to be peaceful.

He called peaceful protests in the US understandable and more than legitimate.

Maas said he was aware of an incident regarding a crew of the German broadcaster Deutsche Welle, and said he was getting in touch with US authorities to find out more. Maas said that journalists had to be able to work to independently report without danger to their safety.

And democratic states with rule of law have to apply the highest standards," he added.

Deutsche Welle said that a team of reporter and cameraman were shot with projectiles by Minneapolis police and were threatened with arrest.

DW reporter Stefan Simons "confirmed with 'absolute' certainty that the shot was fired by officers behind him as he was preparing to go live on air," according to a statement on the DW website.

Violence continues: Police fired tear gas and rubber bullets as protests continued overnight. The former officer who was seen with his knee on Floyd's neck was charged with third-degree murder and manslaughter as protesters demand charges for the other officers involved.

Trump threatens force: Declaring himself "your president of law and order," President Donald Trump vowed Monday to return order to American streets using the military if widespread violence isn't quelled -- even as peaceful protesters just outside the White House gates were dispersed with tear gas, flash grenades and rubber bullets as he visited a nearby church.

Use of neck restraints: About two-thirds of the people placed in neck restraints by Minneapolis officers in the years leading to Floyd’s death were black -- despite black residents making up 19% of the population, police data shows. At least 58 people lost consciousness after the city's officers put them in neck restraints -- a procedure banned by many police departments.

Police kneel with protesters: Some officers have been pictured kneeling, praying and mourning to honor Floyd. In Atlanta, Georgia, police officers holding shields kneeled in front of demonstrators. The Denver Chief of Police linked arms with protesters, the New York City Police Chief embraced a demonstrator and a California Highway Patrol officer shook hands with a protester in LA.

Strictest curfews in decades: Curfews have been issued in 40 cities, although many have been ignored by protesters. The curfew in LA is the harshest since the riots in 1992 following the acquittal of the officer who beat Rodney King. New York City has enacted its strictest curfew since the race riots of 1943.

World joins in protests: People from London to Amsterdam to Rio have staged demonstrations in solidarity with protesters in the US. New Zealand Prime Minister Jacinda Ardern said she was "horrified" by George Floyd's death. Canadian Prime Minister Justin Trudeau said racism was "real in the United States but it's also in Canada." Iran’s judiciary chief, Hojjatoleslam Raeesi, blasted the US and said leaders should stand trial for "deliberate homicide and racial discrimination." A top EU diplomat said Floyd's death was an abuse of power and must be renounced.

Floyd’s family call for calm: Floyd's family support the protests but have condemned the looting and violence that has led to hundreds of arrests nationwide. His brother, Terrence Floyd, delivered a simple message for those committing violence: "He would not want y'all to be doing this."

The Iranian government has criticized the reactions of the US administration and US police to the protests which have broken out following the death of George Floyd, according to governmental statements published on Iran’s state news agency IRNA.

On Tuesday, Iran’s judiciary chief, Hojjatoleslam Raeesi, said "US leaders should stand trial before the international courts on charge of deliberate homicide and racial discrimination."

Iranian government spokesman, Abbas Mousavi held a news conference in English on Monday to "urge" the US to "stop oppression and aggressive conducts against its people and let them breathe."

To the American people: The world has heard your outcry over the state of oppression … the world is standing with you," Mousavi said, according to IRNA.

Iran's foreign minister, Mohammad Javad Zarif, posted a photo of people paying respect at a Floyd mural and an Iranian stamp showing Malcom X on Twitter, writing: "The 'knee-on-neck' technique is nothing new: Same cabal—who've admitted to habitually 'lie, cheat, steal' — have been employing it on 80M Iranians for 2 yrs (sic), calling it 'maximum pressure.'"

US officials have previously criticized Iran’s violent handling of civilian protests against the Iranian government, with US President Donald Trump repeatedly tweeting in support of Iranian demonstrators protesting against the government in 2019 and 2020.

The police chief in Fort Worth, Texas, talked to protesters and took a knee with them on Monday night.

About 125 people gathered to protest George Floyd's death despite the city's curfew, according to CNN affiliate KTVT.

Officers climbed off their bikes and took a knee before Police Chief Ed Kraus and the assistant chief walked into the crowd and talked to the protesters, then got down on a knee and prayed with them.

Kraus then told his officers to leave.

"I think it’s a good step," Chief Kraus told CBS 11 afterwards. "I hope it was meaningful. I hope that they, the people here, saw our hearts.
"We saw their hearts and that they were hurting, and hopefully this will help us build a better community for all of us. We all live here together. We need to get along together."

More protests are planned this week.

The UK government has denied British media reports that its review into how the coronavirus has affected BAME (Black and Minority Ethnic) communities has been delayed because of the ongoing protests in the United States.

The report, analyzing how factors including ethnicity, gender and obesity can impact on people’s health outcomes from Covid-19, had been due to be published by the end of May, according to Public Health England.

It was commissioned by England’s Chief Medical Officer Chris Whitty in April, amid fears that the coronavirus pandemic is "disproportionately" affecting black and ethnic minority communities.

In response to CNN questions about why the report has been delayed, a Department of Health and Social Care spokesperson said in a statement: "Ministers received initial findings yesterday [Monday]. They are being rapidly considered and a report will be published this week."

It is not true to say this has been delayed due to global events," the spokesperson added.

The UK's opposition leader, Keir Starmer, on Tuesday called on the government to "stop the excuses" and "publish the review," in a post on Twitter.

"BAME communities have been disproportionately affected by Covid-19. We need the findings of this review published and action taken now," he said.

Covid-19 has also magnified systemic inequalities in the US.

As of May 11, 17,155 black Americans were known to have died due to Covid-19, according to an analysis from the American Public Media (APM) Research Lab of 65,000 deaths for which race and ethnicity data was available.

African Americans make up about 13% of the population in those places, but 27% of Covid-19 deaths for which race and ethnicity is known, APM research shows.

Health experts and leaders have expressed concern about the impact the mass protests could have on a community that is already being hit harder by the virus.

A man has been arrested on suspicion of intentionally driving his car into three Denver police officers during protests on Saturday nights.

The officers were seriously injured after they were struck by a fast-moving vehicle, according to Denver Police.

The ongoing investigation is among the first to be opened involving attacks against police during protests across the US.

The Denver Police sent CNN their Statement of Probable Cause saying the officers were in full uniform standing next to a fully marked Denver Police vehicle, when a dark sedan traveling at a "high rate of speed, swerved toward the officers and as a result, struck three of the officers with the car."

The officers were transported to the Denver Health Medical Center in an ambulance, according to the statement. One sustained a fractured leg and the other two sustained "substantial risk of protracted loss or impairment of the function of any part or organ of the body."

Kremlin spokesperson Dmitry Peskov on Tuesday said President Donald Trump and Russian President Vladimir Putin did not discuss the unrest sweeping the US in a phone call Monday.

Asked in a conference call with reporters if the issue was raised during the conversation, Peskov said: "No, this is not a question of bilateral Russian-American relations."

Pressed on whether protests over police violence in the US might bring attention to similar incidents in Russia, Peskov said he saw no parallels between the two countries.

"I do not agree with you that the issues now at the forefront in the United States are relevant to our agenda. We have our own agenda and, thank God, what is happening in America is not happening in our country. Thank God, I repeat."

George Floyd's death was an abuse of power and must be renounced, a top EU diplomat said at a briefing in Belgium.

Josep Borrell, High Representative of the European Union, said all societies should remain vigilant against the use of excess force and deal with such incidents quickly.

"We here in Europe, like the people of the United States, we are shocked and appalled by the death of George Floyd. And I think all societies must remain vigilant against the excess of use of force and ensure that all such incidents are addressed swiftly, effectively and in full respect of the rule of law and human rights," Borrell said.

“We have to be sure everywhere, especially in societies which are based on the rule of law, democratic representation and respect for freedoms and liberties, that people who are in charge of taking care of the order are not using their capacities in the way that has been used in this very, very unhappy death of George Floyd."
"It is an abuse of power and this has to be renounced as we combat [this] in the States and everywhere."

He added: "We support the right to peaceful protest, and also we condemn violence and racism of any kind, and for sure we call for a de-escalation of tensions.”

The Manhattan District Attorney's Office is investigating the alleged assault of a Wall Street Journal reporter covering the George Floyd protests by members of the New York Police Department, a spokesman for the office told CNN.

"Our office has prosecuted dozens of uniformed officers for official misconduct and violence since 2010, and this longstanding tradition of independence and accountability will continue in the days and weeks ahead," District Attorney Cyrus Vance said in a statement.

"We are actively monitoring social media and other sources to identify investigative leads into claims of excessive force and we strongly encourage New Yorkers to share them with us."

WSJ reporter Tyler Blint-Welsh tweeted Sunday evening that NYPD officers "hit me in the face multiple times with riot shields and pushed me to the ground. I was backing away as request, with my hands up. My NYPD-issued press badge was clearly visible. I'm just sitting here crying. This sucks."

CNN has reached out to the NYPD, Blint-Welsh, The Wall Street Journal and the New York Attorney General's office for comment regarding the alleged assault. 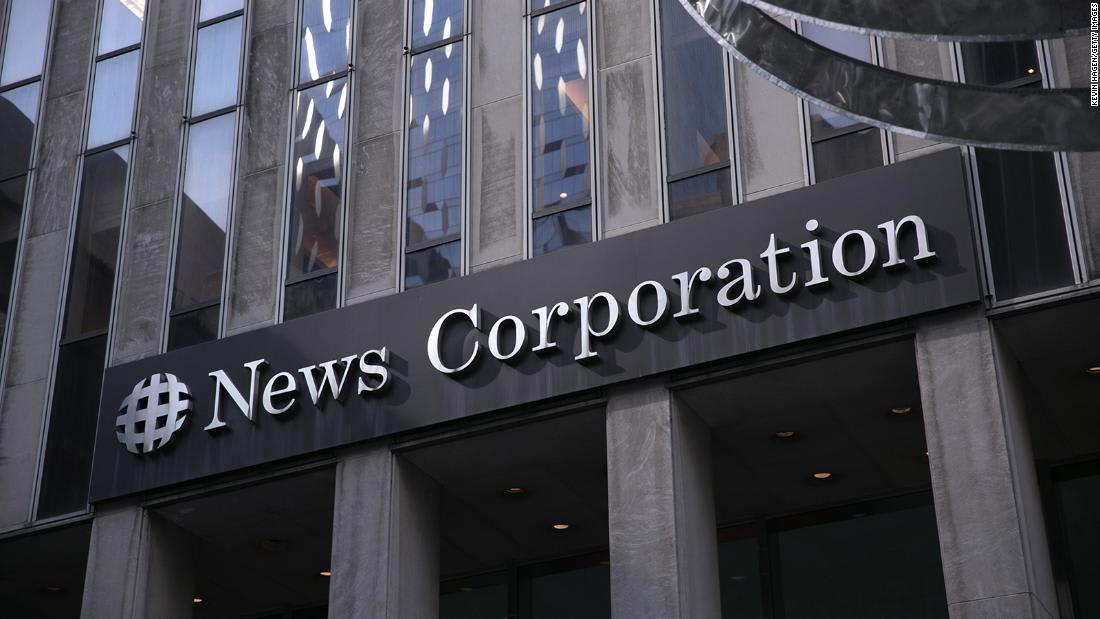