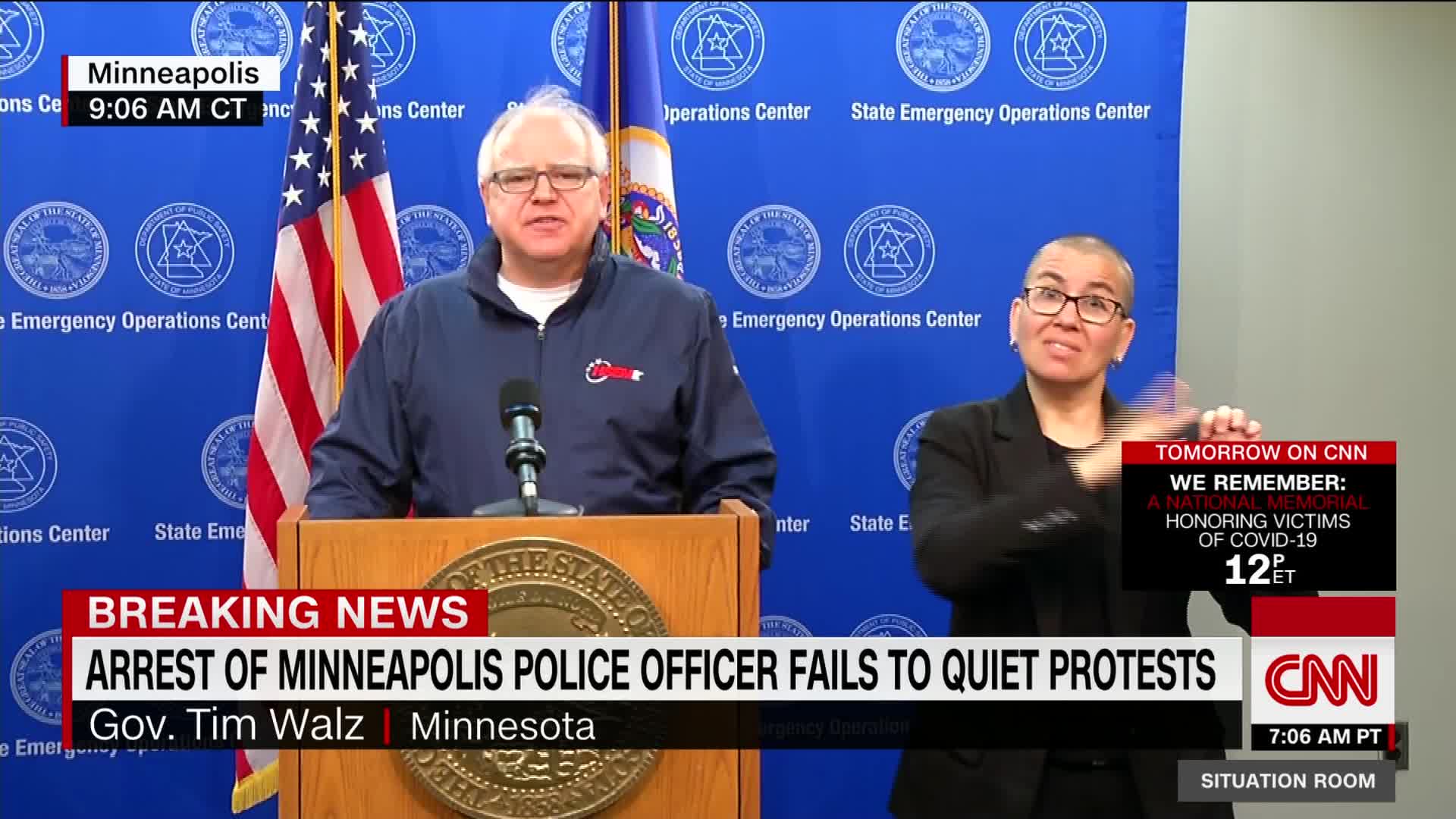 Minnesota Gov. Tim Walz said rough estimates indicate that about 20% of protesters are Minnesotans and about 80% are from outside the region.

"We understand that the catalyst for this was Minnesota" and its inability to deal with inequities, Walz said.

"I'm not trying to deflect in any way," Walz said.

Walz pleaded with Minnesotans to contact authorities if they know where rioters are staying or they have information about planned riots so warrants can be executed.

"They're trying to escalate the situation where deadly force is used and then chaos ensues," Walz said.

The New York City Police Department made more than 200 arrests in the wake of protests over the death of George Floyd, according to a senior NYPD source.

More than 40 NYPD vehicles sustained some level of vandalism and more than a dozen cops were seriously hurt, the source said.

Of those arrested, more than 40 people were from outside the city, including Long Island.

A vast majority of the arrestees were issued desk appearance tickets or summons and released, the source said.

An earlier on the record statement from the NYPD said no civilians or officers were critically injured.

Minnesota Gov. Tim Walz said he expects more arrests tonight than any other night of protests so far.

"What you've seen in previous nights I think will be dwarfed by what they will do tonight. If you are an innocent bystander going out there tonight, you will be swept up in this," Walz said at a news conference on Saturday.

"What the curfew does is it gives us a legal authority to make arrests of people out there," he added.

He called for the public to help officials identify those who are starting the violence.

"What I would ask today is if you know where these people are sleeping today, let us know and we will execute warrants," Walz said. "Call that in, tell us who they were. They're not from Minneapolis, but they're staying down here."

Major General Jon A. Jensen said the deployment of more than 700 National Guard members on Friday was the "largest law enforcement operation in Minnesota history," but "it was not enough."

Jensen said they now have to have 2,500 personnel mobilized by 12 p.m. on Saturday – which is an increase from the 1,700 total personnel the National Guard said would be on the ground this morning in a tweet.

"The governor just announced the full mobilization of the Minnesota National Guard for the first time since World War II. What does that mean? It means we're all in," Jensen said.

Jensen said the state is also in the process of requesting "national level resources." He said he has had conversations with the Secretary of Defense and the Chairman of the Joint Chiefs of Staff.