The Minnesota Department of Public Safety tweeted that with the help of the Minnesota National Guard and State Police, authorities are ready to "address a sophisticated network of urban warfare."

An Intagram video filmed near City Hall in Philadelphia shows giant plumes of smoke and some flames amid protests in the city.

Los Angeles Mayor Eric Garcetti announced the city will have a curfew beginning at 8 p.m. Saturday until 5 a.m. Sunday.

"To increase safety for demonstrators, law enforcement and all citizens of Los Angeles, we are putting a curfew in place from 8 p.m. to 5 a.m.," the mayor tweeted.

Houston Police Chief Art Acevedo said 137 people were arrested at Friday night's protests in the city's downtown area, according to a tweet from Houston Police Department.

Due to recent events, Miami-Dade County and Miami city officials have postponed a fireworks display planned in honor of hospital workers on the frontlines of the Covid-19 pandemic, according to a statement from Miami-Dade Mayor Carlos Gimenez.

"The sound of fireworks could easily be mistaken for explosions, and we want to make sure that all of our residents are safe and able to exercise their First Amendment right to protest without any fear of violence," the statement said.

"Mayor Gimenez is concerned that protesters have moved their demonstration onto I-95 this afternoon, creating a dangerous situation for themselves and others. This is not the place or way to protest," the statement said.

“Only persons with essential duties will be permitted outdoors,” the police department said.

Three Secret Service vehicles near the White House were vandalized by protesters on Saturday. Protesters kicked the windshields of all three vehicles and spray painted them with graffiti.

Several protesters stood on top of the vehicles as they chanted "Black Lives Matter" and "No Justice, No Peace."

CNN has reached out to the Secret Service for comment. 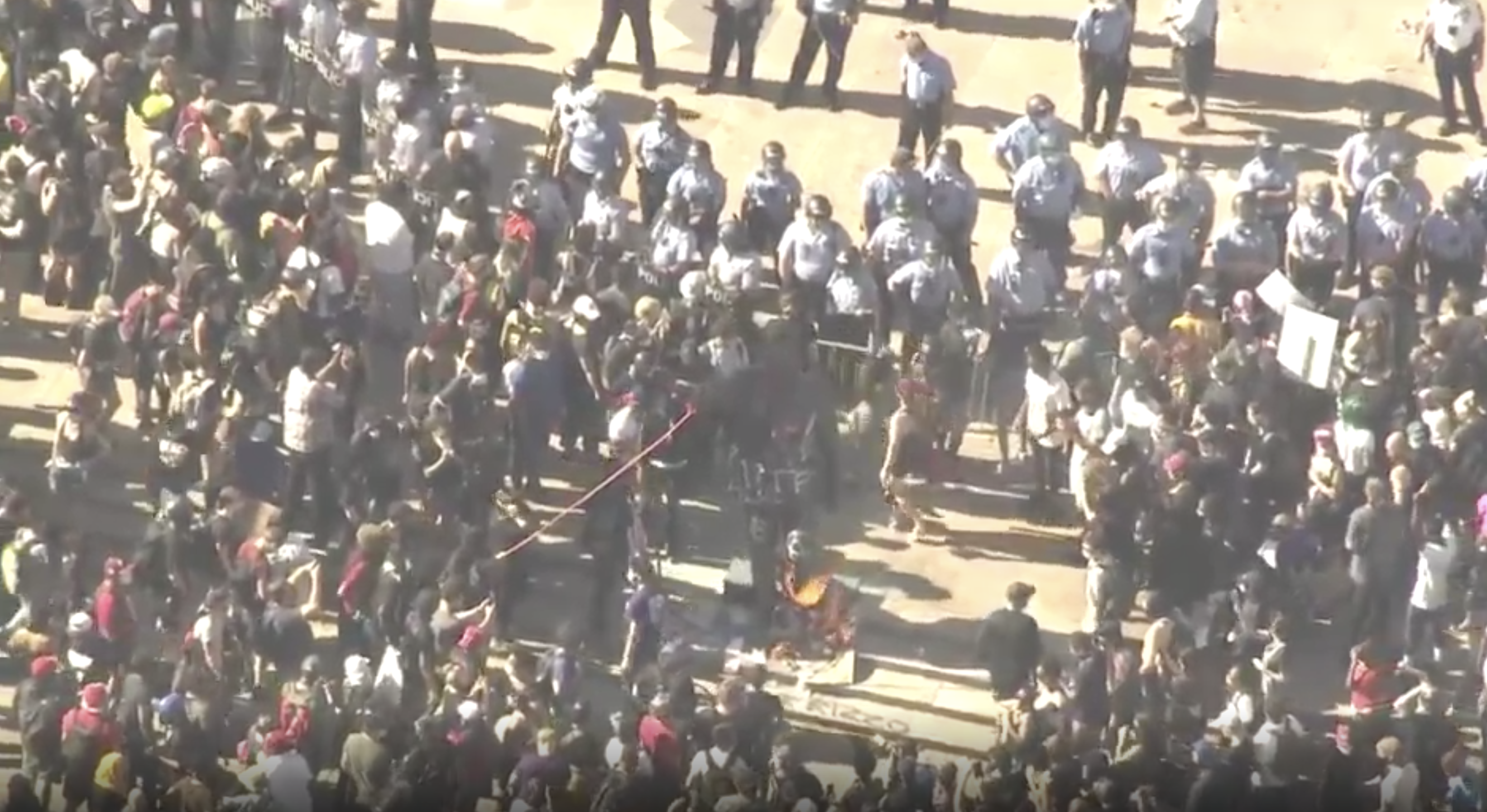 Protesters in Philadelphia Saturday vandalized a statue of Frank Rizzo, the city's former mayor and police commissioner, that stands outside the city’s Municipal Services Building.

Protesters appeared to tie ropes to the statue and started a fire at the statue's base.

Aerial images show a large protester presence in Philadelphia. CNN affiliate KYW reported multiple vehicles have been set on fire, including a state police vehicle. KYW also reported the statue has been defaced before and is set to be removed next year

Philadelphia police tweeted earlier on Saturday that people should avoid the Center City neighborhood, near where the Rizzo statue is located.

According to the city's official Twitter account, the curfew was issued because of the "recent acts of violence demonstrated throughout the city."