Atlanta Mayor Keisha Lance Bottoms said the decision to establish a curfew starting Saturday at 9 p.m. ET through sunrise Sunday was about restoring the city after a night of heavy protests and looting.

"When you run it down the street with a Gucci bag, that's not about black people dying in America. That's about killing ourselves when we do things like that," she said at a news conference Saturday.

She added: "So, this curfew is to say, please be at home by nine o'clock tonight, so that we can restore our city. And thank you to the men and women and children who went out today, and began cleaning up our city. God bless you all. That's Atlanta."

In Chicago, protesters were vandalizing police cars and tried to tip over a van today. 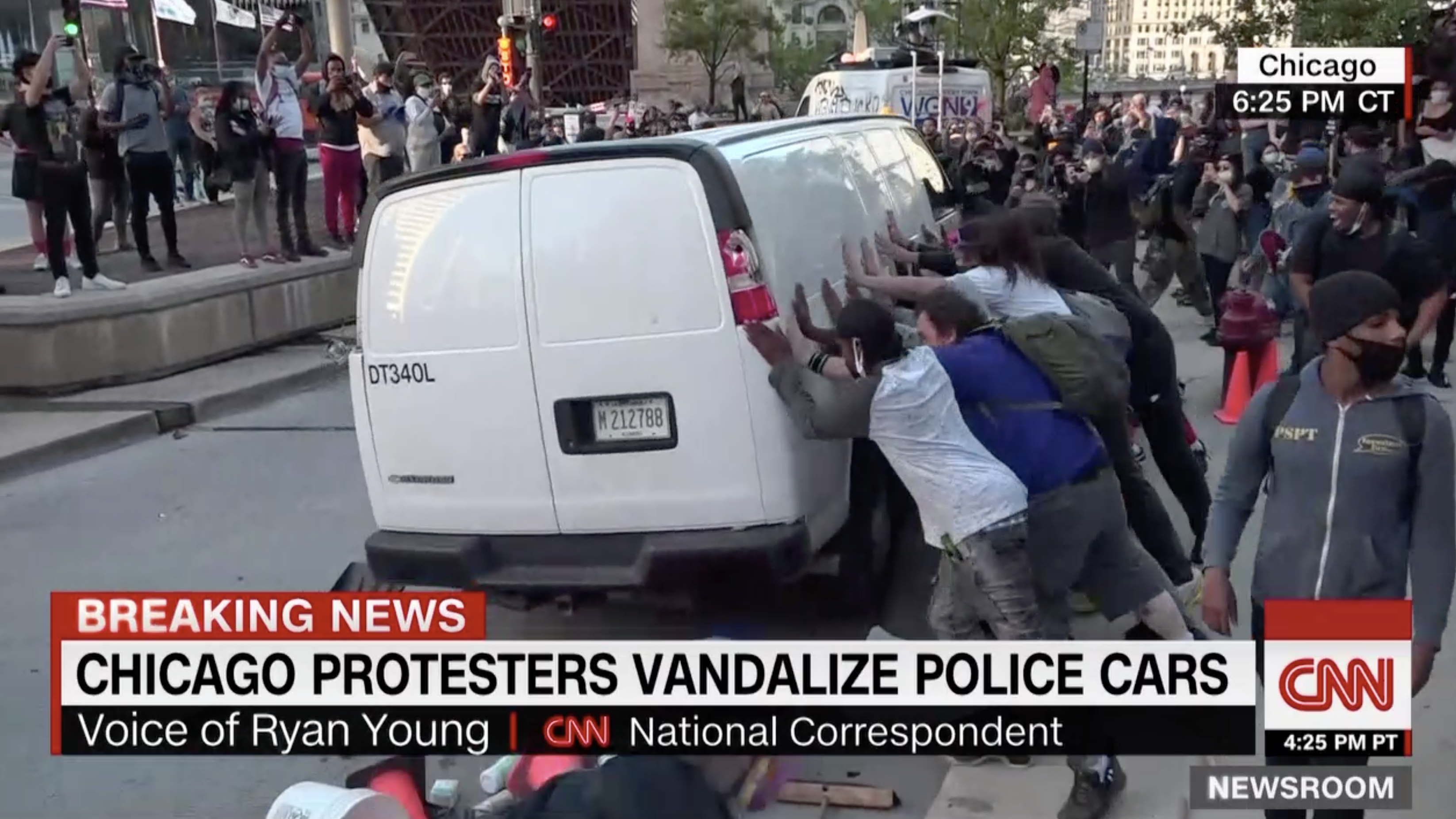 Protesters have gathered at Miami police headquarters and can be seen weaving through cars on a highway in downtown Miami.

A number of roadways into Minneapolis are closing at 8 p.m. ET tonight, according to a tweet from the Minnesota Department of Transportation.

The US Attorney for the Eastern District of New York filed a complaint against a woman from upstate New York who was allegedly involved in throwing a Molotov cocktail Friday night in New York City, according to a law enforcement source.

Separately, two other individuals will also be charged federally for their involvement in the protests Friday night in New York City, according to the source.

A short time ago the New York Police Department tweeted:

The Minnesota Department of Public Safety tweeted that with the help of the Minnesota National Guard and State Police, authorities are ready to "address a sophisticated network of urban warfare."

An Intagram video filmed near City Hall in Philadelphia shows giant plumes of smoke and some flames amid protests in the city.

Los Angeles Mayor Eric Garcetti announced the city will have a curfew beginning at 8 p.m. Saturday until 5 a.m. Sunday.

"To increase safety for demonstrators, law enforcement and all citizens of Los Angeles, we are putting a curfew in place from 8 p.m. to 5 a.m.," the mayor tweeted.

Houston Police Chief Art Acevedo said 137 people were arrested at Friday night's protests in the city's downtown area, according to a tweet from Houston Police Department.