Our live coverage of the deadly explosion in Maine has ended. 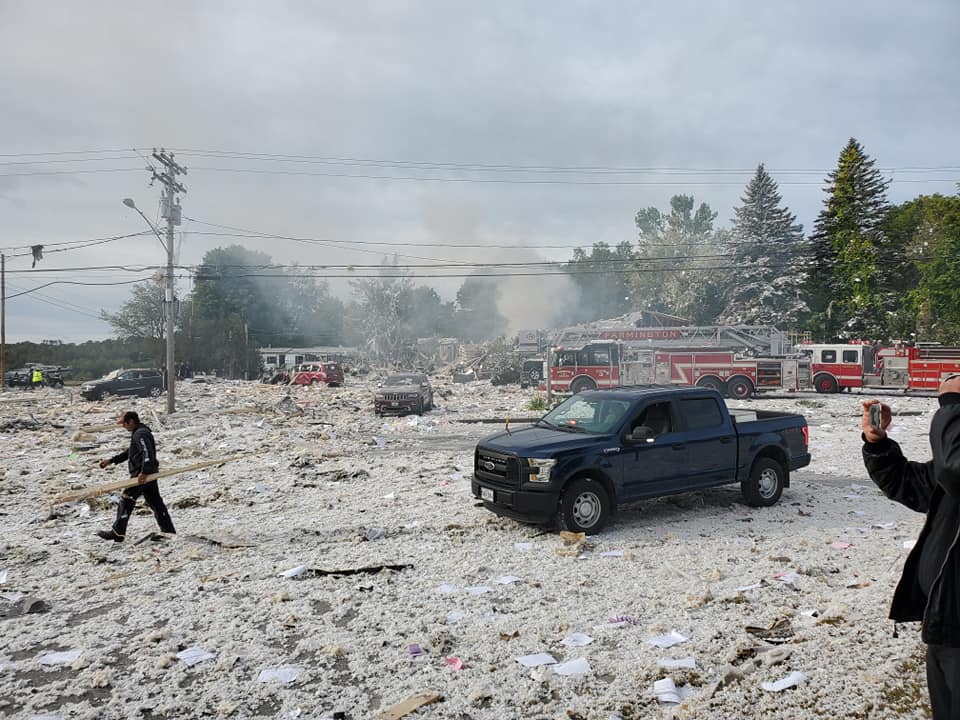 A building exploded this morning in Farmington, Maine, killing one firefighter.

A drone from the Sun Journal newspaper captured images of the devastation caused by today's explosion in Farmington, Maine.

One firefighter was killed and at least six people were injured when a building exploded. A preliminary investigation showed that a propane or gas leak may have caused the blast, officials said.

Here's what the building looked like before the blast:

A maintenance employee, who works for the nonprofit agency whose building was the site of today's explosion, was among the injured, according to LEAP (Life Enrichment Advancing People).

In a statement posted on Facebook, the agency said there were many heroes today who saved lives today.

“First responders and a LEAP maintenance person were injured in the blast. Our hearts go out to anyone injured or impacted today,” the agency said.

A preliminary investigation reveals a propane or natural gas leak may have been the cause of an explosion that killed one firefighter and injured six others in Maine this morning, Farmington Police Chief Jack Peck said.

Peck said Farmington Fire Chief Terry Bell received a report of a gas smell and responded to the scene with firefighters. While they were investigating, the building exploded, killing one firefighter, injuring Bell and three other firefighters, an ambulance worker and an employee of the building.

Franklin County Sheriff Scott Nichols was one of the first responders and pulled victims from the scene after the explosion.

“You know, I spent a year in Iraq. It’s the closest I can explain it, it was just total devastation. I’ve never seen destruction like that in my career … except overseas. It was horrible,” Nichols said. 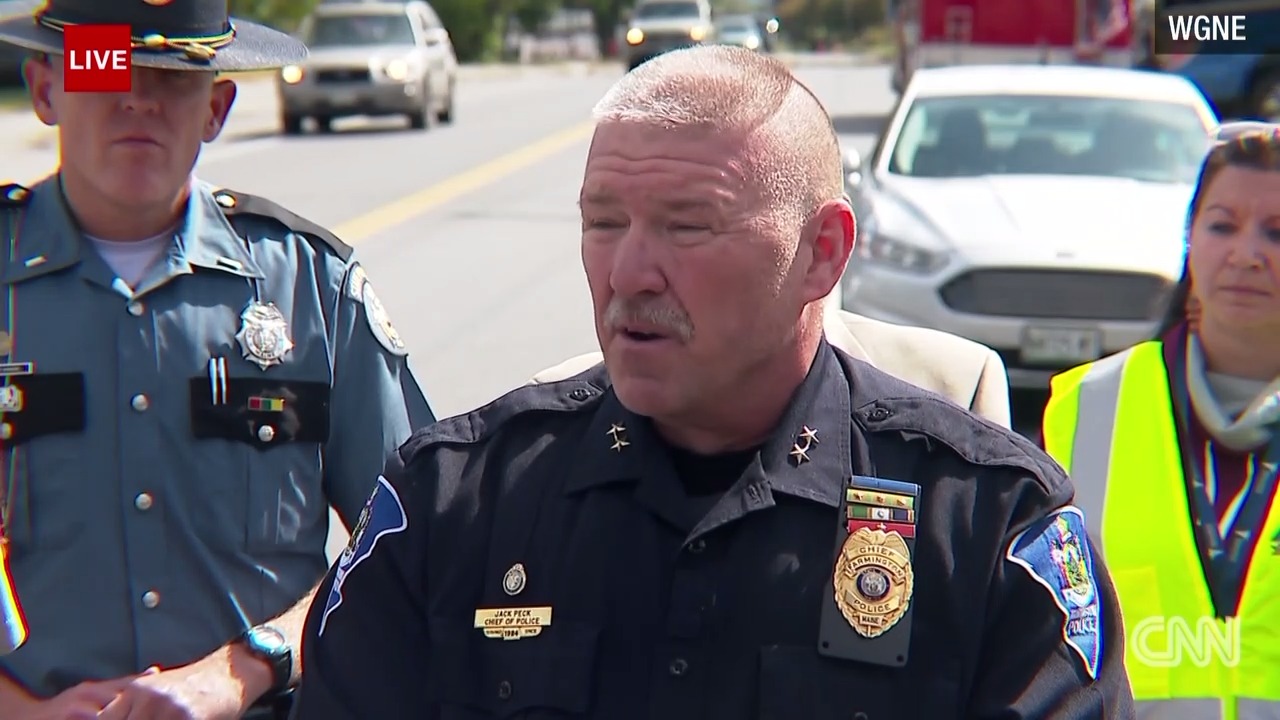 Vehicles and homes were damaged by the blast, which he said could be felt in a neighboring town. 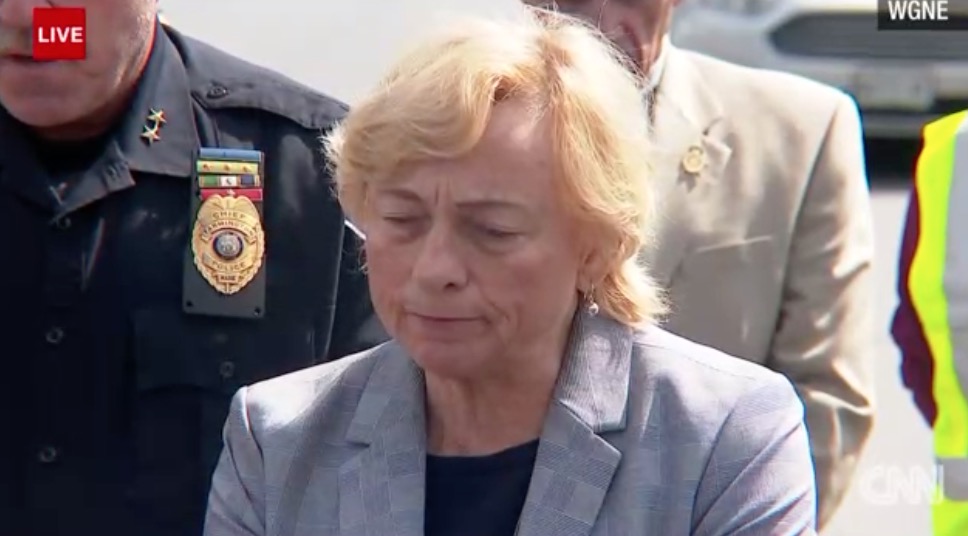 Maine Gov. Janet Mills, who is from Farmington, said she knew the firefighter killed in today's explosion.

At a news conference, asked if she knew the victim, she responded, "yes."

Mills said authorities are working to determine a cause for the explosion to "make sure it doesn't happen to anybody else again."

Mills added that she's a "proud member" of the Farmington community.

"We are a strong community, a very close knit community," she said. 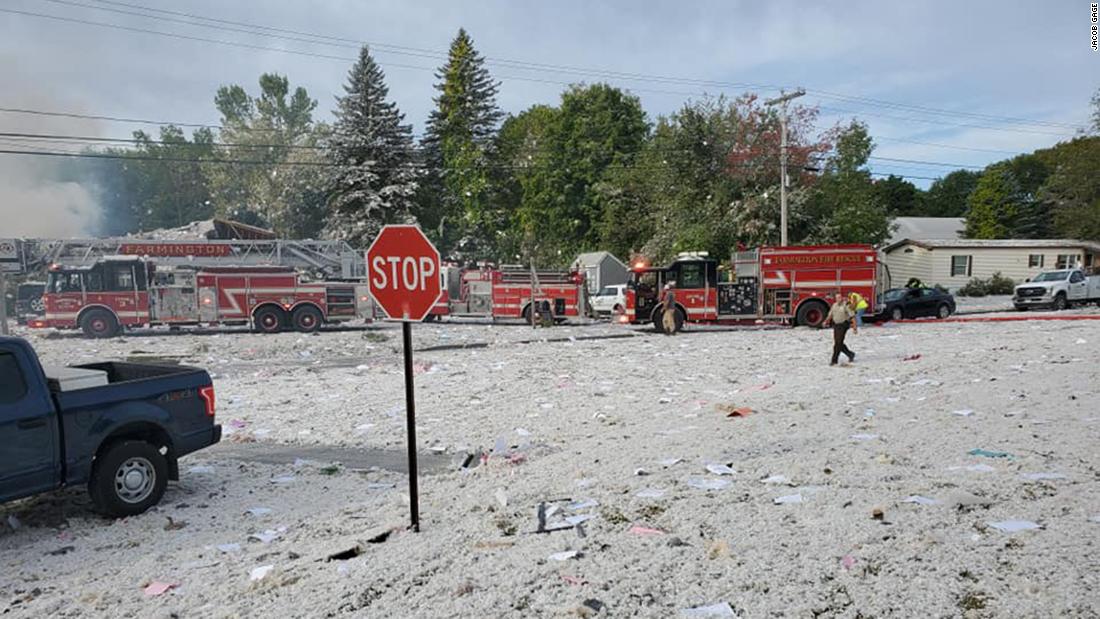 One firefighter was killed and six others were injured this morning in the Maine explosion. the Farmington Police Department said.

The Farmington Police Department said the fire department was responding to a report of a gas smell at the newly renovated LEAP building when the building exploded.

LEAP, which stands for Life Enrichment Advancing People, is a group that provides services for people with intellectual and developmental disabilities, according to its website.

Of the people injured:

“Resources from the state of Maine have arrived on scene to begin the investigation,” police said in their statement.

"Our hearts go out to all those impacted by this tragedy, especially to the loved ones of the firefighter lost and others injured," she tweeted.

She said she's monitoring the situation and urged residents to avoid the area.

Jacob Gage, who lives in Farmington, was in bed with his daughter when the explosion went off, he told CNN.

“The building shook with a thunderous boom and we lost power," he said. “At first I thought someone had driven into the building so I went outside to look and didn’t see or hear any signs of what it could have been.”

He said he called his mom, since his stepfather is a firefighter and an employee of the town of Farmington.

“My stepdad was first on scene after the explosion," he told CNN. “The scene was very ominous. There was still insulation falling from the sky like a gentle snow and first responders were running around trying to administer first aid ... ."