Our live coverage has moved. You can find the latest updates on Tropical Storm Dorian here. 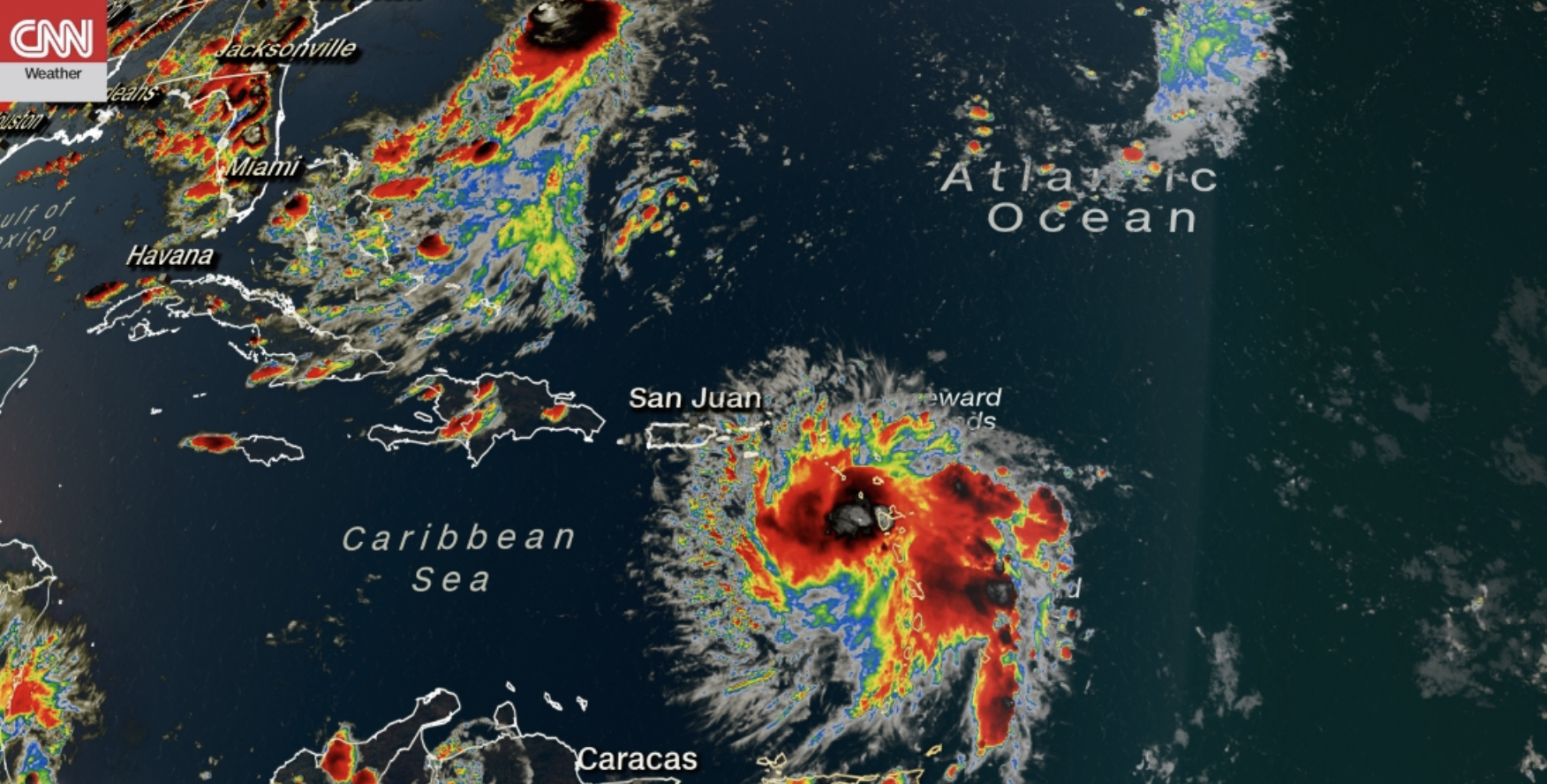 Tropical Storm Dorian is on track to slam the Caribbean, including Puerto Rico, an island still grappling with the devastation of Hurricane Maria.

Our live coverage has ended, but keep reading CNN for more details about the storm.

Lucy Beascochea's home in Ponce, Puerto Rico was destroyed during Hurricane Maria in 2017.

She still lives there today. Beascochea stays in what she described as a secondary apartment. The tin roof over her small apartment has holes, so water leaks in every time it rains.

In the immediate aftermath of the hurricane, she applied for disaster relief from Federal Emergency Management Agency (FEMA). She needs roughly $9,000 to repair her home.

Beascochea said she's been preparing for Tropical Storm Dorian but she admits she’s a little nervous. Her brother has been helping her tie down the roof and cover any holes. 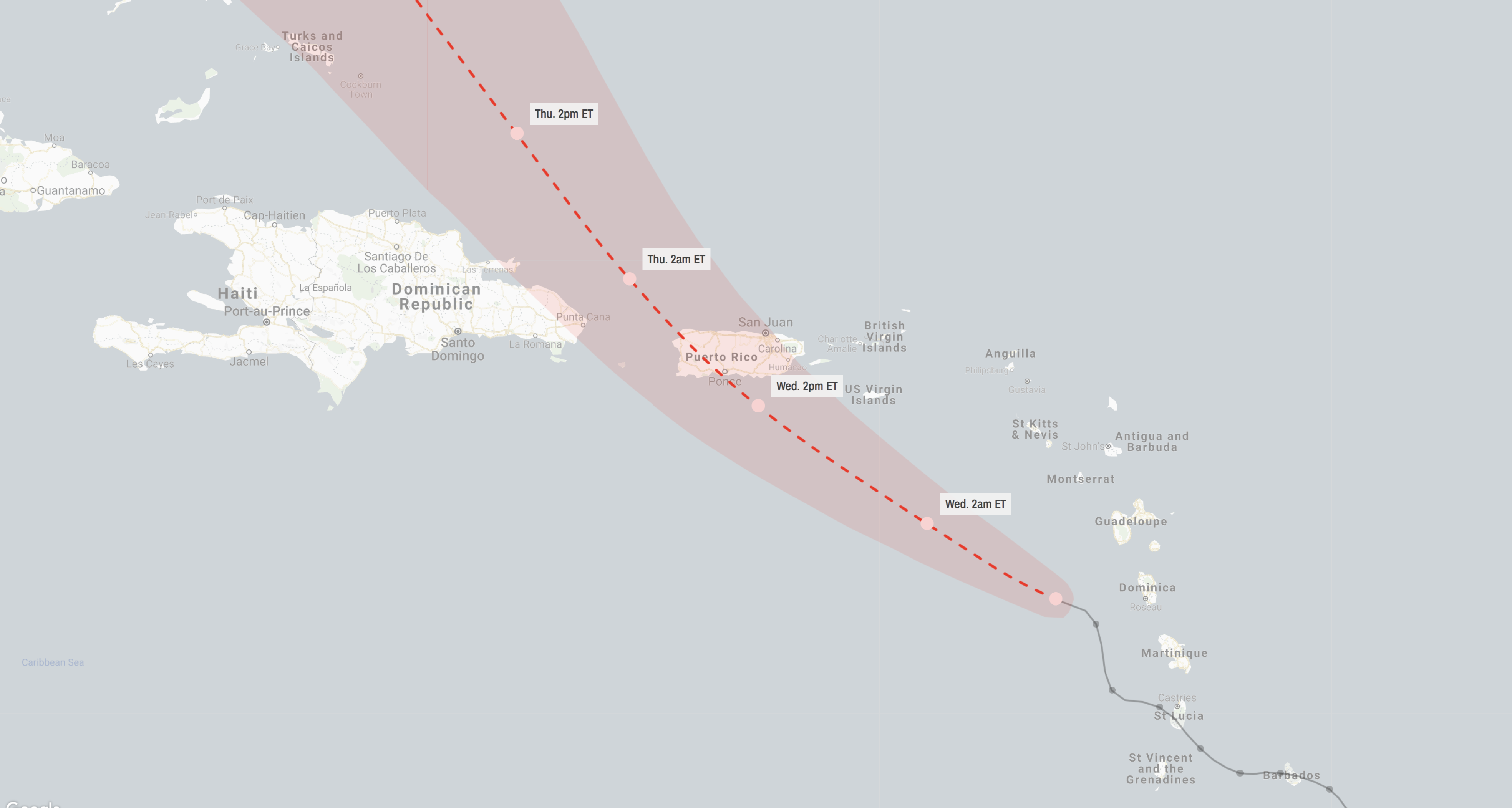 Dorian is forecast to intensify into a hurricane after it passes the Windward Islands and moves into the Caribbean Sea, according to CNN meteorologist Haley Brink.

Here's the latest forecast from the National Hurricane Center:

The Miami-Dade Fire Rescue Department will send a 45-member urban search and rescue team to Puerto Rico ahead of Tropical Storm Dorian, according to a statement.

What we know about the storm: The tropical storm is expected to be a Category 1 hurricane as it approaches Puerto Rico and the Dominican Republic on Wednesday and Thursday, according to CNN meteorologist Dave Hennen.

By the end of the week, what's left of Dorian is expected to move toward the Bahamas and possibly southeastern parts of the mainland US.

The Puerto Rico National Guard is preparing for Tropical Storm Dorian, according to a statement from the agency.

The Puerto Rico National Guard has positioned special equipment in assigned areas throughout the island, the release said.

"We pray that this storm does not hit us directly, but it is very likely that is will pass close along the southern coast," Maj. Gen. Jose J. Reyes said in the statement.

"We ask our citizens to stay calm, not speculate on the possibilities, stay informed from official news sources, take necessary precautions and to know that the PRNG is vigilant and ready to assist them if necessary," he said.

San Juan Mayor Carmen Yulín Cruz tweeted that the city is opening a shelter at Roberto Clemente Coliseum for anyone displaced due to Tropical Storm Dorian.

"Our Fleet Operations Center continues to monitor the storm and will make any adjustments as needed as the safety of our guests and crew is our number one priority," the cruise line said in a statement.

Carnival Sunrise will still depart New York today as scheduled, but it will stop in San Juan, Puerto Rico on Friday instead of Grand Turk. It will head to Amber Cove on Saturday instead of its originally planned San Juan. It's stop in Grand Turk will not be on Sunday.

Carnival Breeze, which was supposed to stop in San Juan on Wednesday, will stay at sea instead.

Norwegian Cruise Line said it has not changed any schedules, but added officials are still "closely monitoring the projection of Tropical Storm Dorian and will provide updates accordingly."

The European model midday update shows, for the first time for Dorian, a hurricane-strength storm reaching the Florida Peninsula.

Recent model runs of the European model, run by the European Center for Medium Range Forecasting (ECMWF), have been trending stronger over the past 48 hours.

While we shouldn't focus too much on the details of a forecast model five days in advance, it is worth noting that the model has constantly brought the center of the storm to the eastern coast of Florida, somewhere between Jacksonville and West Palm Beach.

It is also worth noting the trend towards a stronger storm by the time it reaches Florida.

This storm certainly bears watching, not only in the near term as it approaches Puerto Rico, but also for the weekend on the mainland US East Coast.