It is unclear if the man was involved in the reported active shooting inside the store. The man had what appeared to be blood on his arm and right leg and his hands were cuffed behind him as two officers escorted him away. The man was taken away in an ambulance.

Ambulances and multiple law enforcement agencies are currently outside the store.

A CNN producer also reported that police were heard over speakerphone tell someone in a car to please sit up straight and turn themselves in.

Rep. Joe Neguse, who represents Boulder, Colorado, said that he is praying for the community and "all of the first responders and law enforcements responding to this terrible incident."

Right now, Boulder police say there is an active shooter at a grocery store on Table Mesa Drive. Aerial video from the scene showed a massive police response and at least six ambulances.

The Jefferson County sheriff's office said they are assisting Boulder police on the scene of an active shooter at a grocery store.

The sheriff's office tweeted that they were responding and asked people to avoid the area.

Police in Boulder, Colorado, tweeted Monday that there is an "Active Shooter at the King Soopers on Table Mesa."

King Soopers is a supermarket brand of Kroger in the Rocky Mountain area. 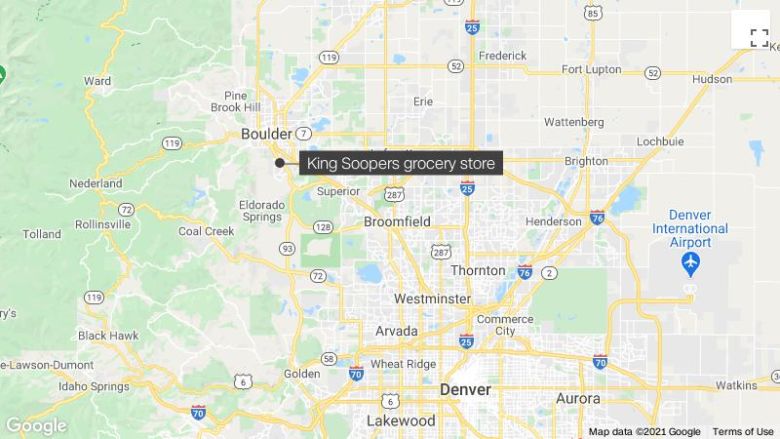