Our live coverage has ended. Scroll through the posts below to read more about investigation into Marlen Ochoa-Lopez's death or follow CNN.com.

Marlen Ochoa-Lopez's husband said he doesn't understand why anyone would hurt his wife.

"It's so painful, so painful," he told WBBM, as he expressed devastation over seeing her body.

"I don't know why those very bad people did this," he said. "She didn't do anything to them. She was a good person."

He told WBBM her family worked around-the-clock to track down her whereabouts. He said he was distraught that police couldn't find her when she went missing.

Police released the identities and photos of three people arrested in connection with Marlen Ochoa-Lopez's death.

Chicago Police Superintendent Eddie Johnson told reporters that Clarisa Figueroa, one of the murder suspects, had lost a son in 2017.

Her son, who was in his 20s, died of natural causes, Johnson said.

When asked what they planned to do with the child they removed from Ochoa-Lopez's womb, Johnson said he couldn't speculate.

“Only they know that,” Johnson said. “We assume they would raise the child as their own.”

Police plan to look through Facebook and investigate whether Figueroa and her daughter, Desiree, attempted to lure anyone else in the past, said Brendan Deenihan, Chicago police's deputy chief of detectives.

"It appears from our interviews that this was the first time that they did this," he said. 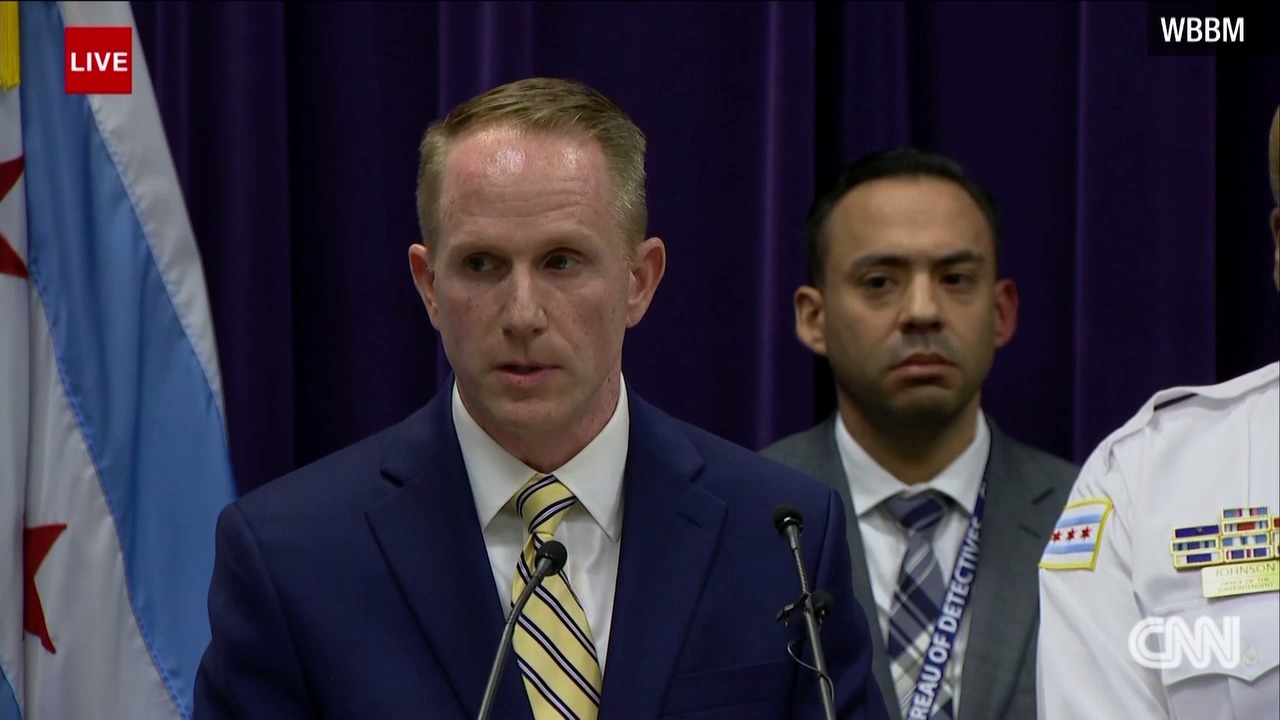 Police discovered bleach and cleaning solutions at the home where they found Marlen Ochoa-Lopez's body, according to Detectives Deputy Chief Brendan Deenihan.

During a search of the property, police found Ochoa-Lopez's body in a trash can, as well as the device used to strangle her, he said. It was a coaxial cable.

Police also discovered blood throughout the home as well as remnants of burned clothes.

Chicago police named Clarisa Figueroa and her daughter Desiree Figueroa as the suspects in the murder of 19-year-old Marlen Ochoa-Lopez in Chicago, who was nine months pregnant when she disappeared last month.

Clarisa's boyfriend was charged with concealment of a crime.

Ochoa-Lopez was strangled with a coaxial cable, police said, then dumped in a trash can. Police wouldn't say how Ochoa-Lopez's baby was removed from her body. They said her grieving family is still hoping for "a miracle" that her baby, currently in grave condition, will pull through. 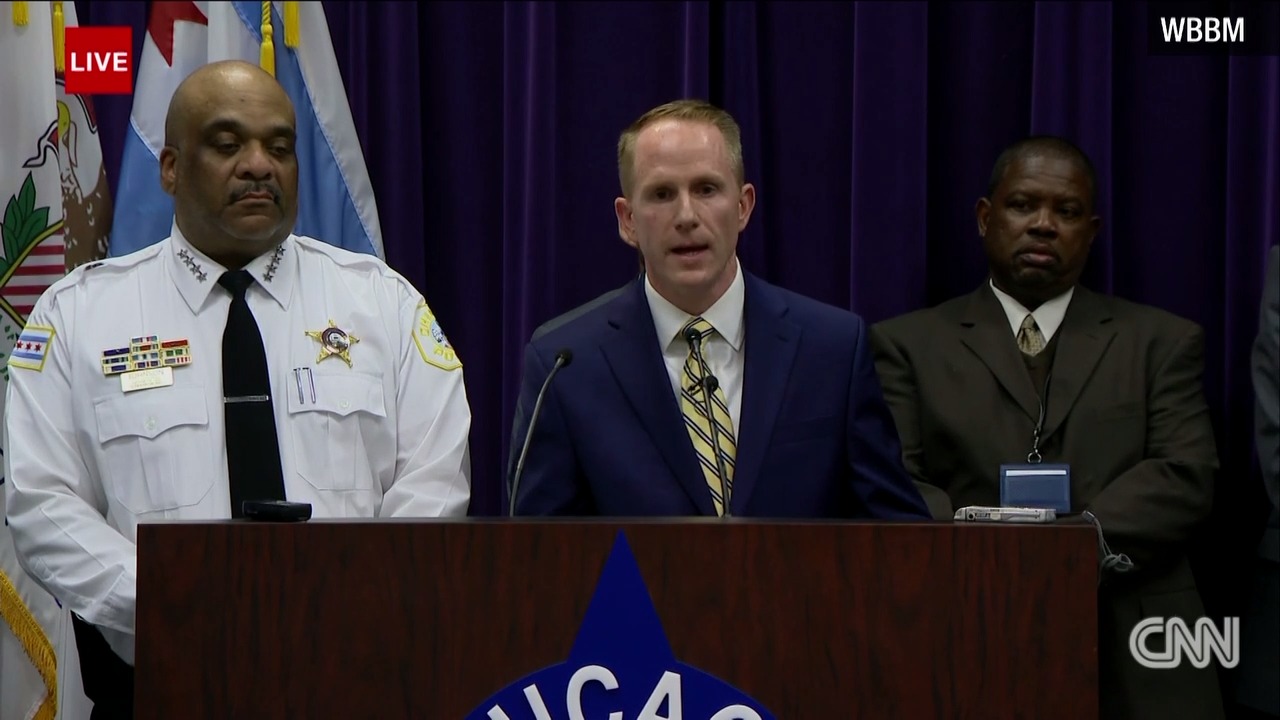 Chicago police on Thursday described the case involving the brutal slaying of Marlen Ochoa-Lopez as "terrible and horrific."

Ochoa-Lopez, who was nine-months pregnant, disappeared on April 23 after she went to get baby items from a woman she met on a Facebook group, a spokesperson for the victim's family told CNN affiliate WGN.

Her body was found this week in a trash can behind the woman's house, and the cause of death was homicide by strangulation, the Cook County medical examiner's office said Wednesday.

Deenihan said police began investigating Ochoa-Lopez's case soon after she was reported missing, but he said the case took a turn on May 7.

That's when they got a tip from Ochoa-Lopez's friend that she had arranged to pick up baby clothes and items at one of the suspect's home.

When detectives went to the home, they met with the suspect's daughter and she told them that her mother was in the hospital because she had just delivered a baby.

Police then searched the area and found Ochoa-Lopez's vehicle. Detectives later went to the hospital and spoke with the suspect who denied meeting with Ochoa-Lopez, Deenihan said. 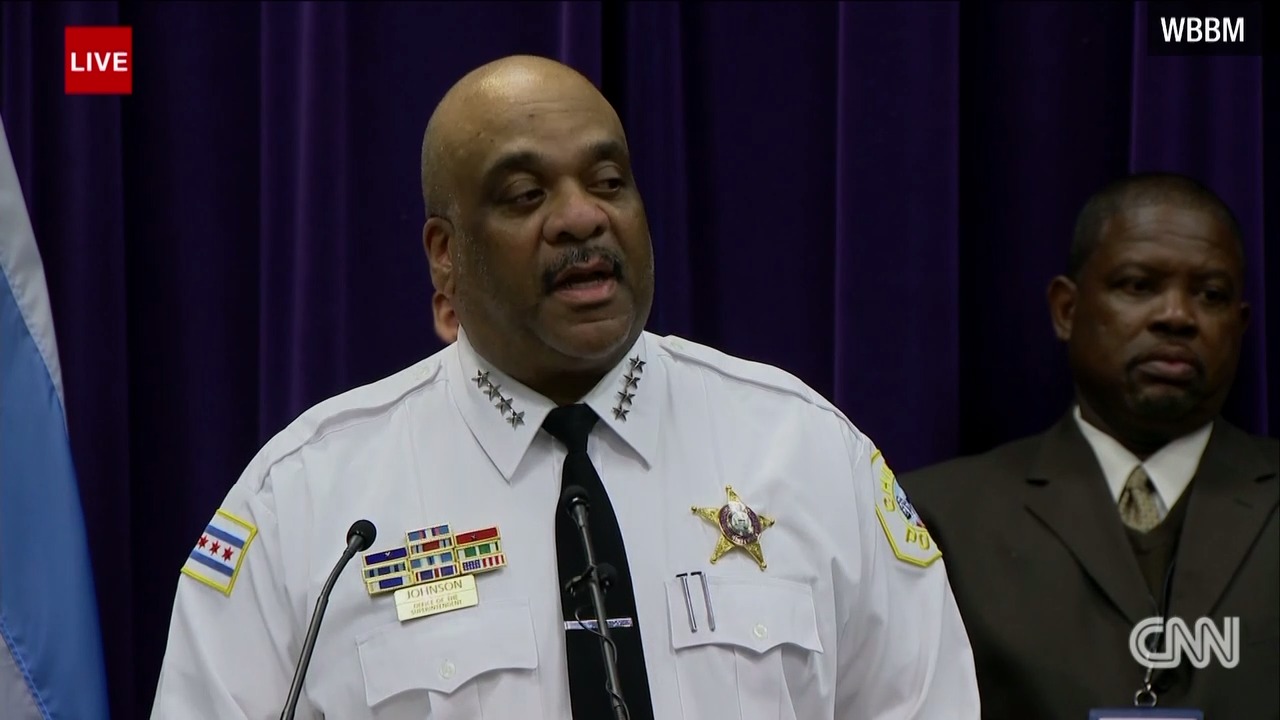 Three people have been arrested and charged in the death of pregnant 19-year-old Marlen Ochoa-Lopez, Chicago Police Superintendent Eddie Johnson said in a press conference Thursday.

Ochoa-Lopez went missing last month in Chicago after going to the home of a woman she met on Facebook to pick-up a stroller and baby clothes.

Ochoa-Lopez’s body was found in a trash can in the back of the house, Cook said. She had been strangled to death.

Chicago police are holding a news conference where they have announced that three people have been arrested in the death of Marlen Ochoa-Lopez.

You can watch it live in the video player at the top of this story.

Ochoa-Lopez was nine months pregnant when she went missing last month. Her body was found in a Chicago home this week, and police said they believe her unborn baby was forcibly removed from her womb.