Our live coverage has ended, but you can read more about the fires here.

Approximately 10,849 lightning strikes have sparked 367 new fires in California over the past 72 hours, Cal Fire spokesperson Jeremy Rahn said in a news conference. In all, Cal Fire estimates that over 300,000 acres have burned.

The LNU Lightning Complex is a group of many separate fires in Northern California, stretching over five counties. Some of those fires are believed to have merged for an estimated 42,000 burned acres.

Evacuations are ongoing throughout the region, yet officials do not have a clear number on exactly how many people have been told to leave their homes. The day’s priorities are firefighter and public safety, evacuation planning, and structure and infrastructure protection, Chief Chris Waters outlined.

“This is an incredibly emotional and stressful time for many of us who have endured many fires and natural disasters over the last couple of years,” Sonoma County Sheriff Mark Essick said. “We realize that this is a trigger point for many of you.”

Hot, dry winds and resources that have been stretched thin will hamper today’s efforts, an incident commander said. Cal Fire has requested 375 fire engines from out of state to assist in the battle.

CORRECTION: An earlier version of this article incorrectly reported that the lightning strikes sparked 367 new fires in California overnight. It happened over the past 72 hours. 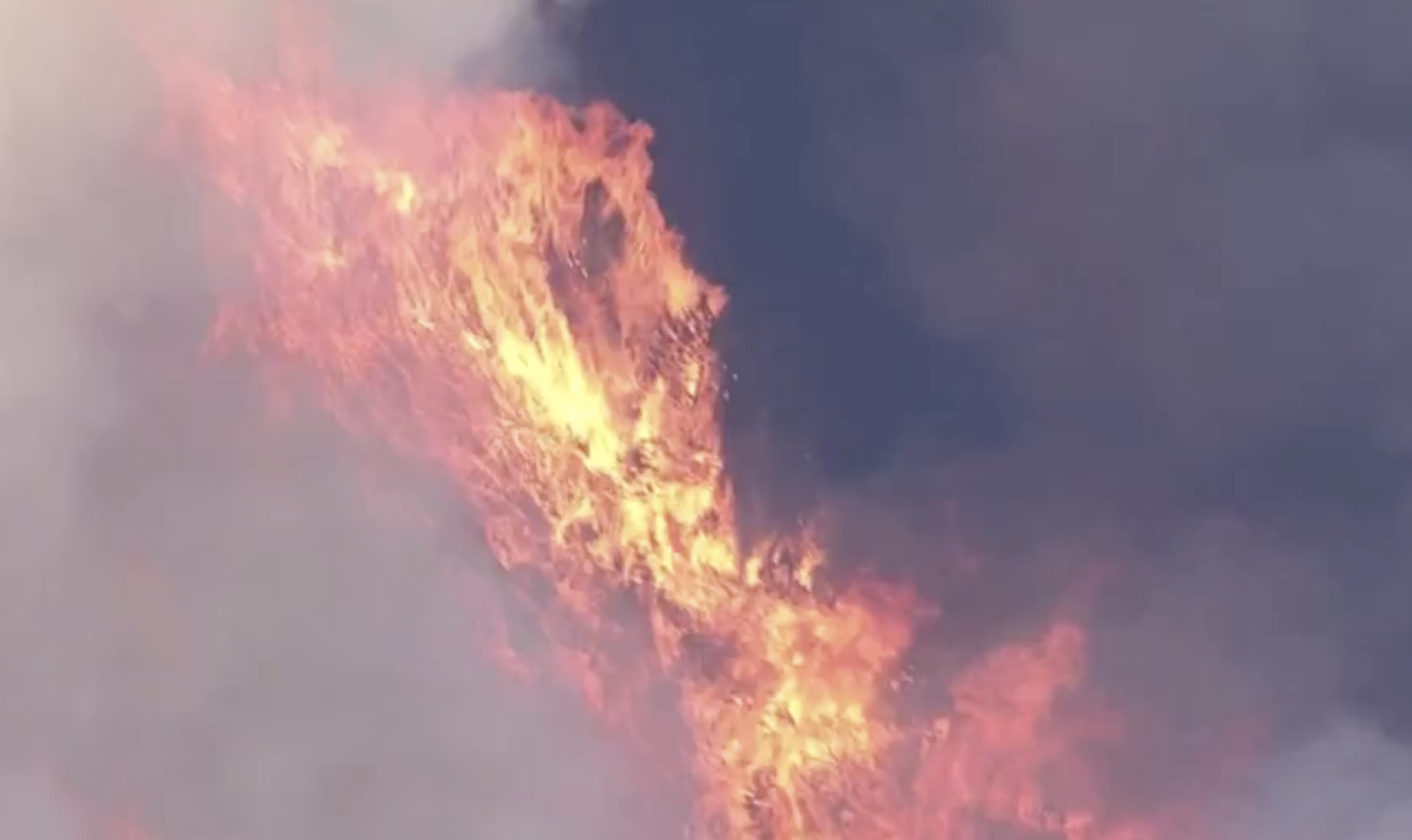 The LNU Lightning Complex is a series of eight large fires burning across Napa, Sonoma and Solano Counties in Northern California. In total, more the complex includes 46,000 acres of wildfires. 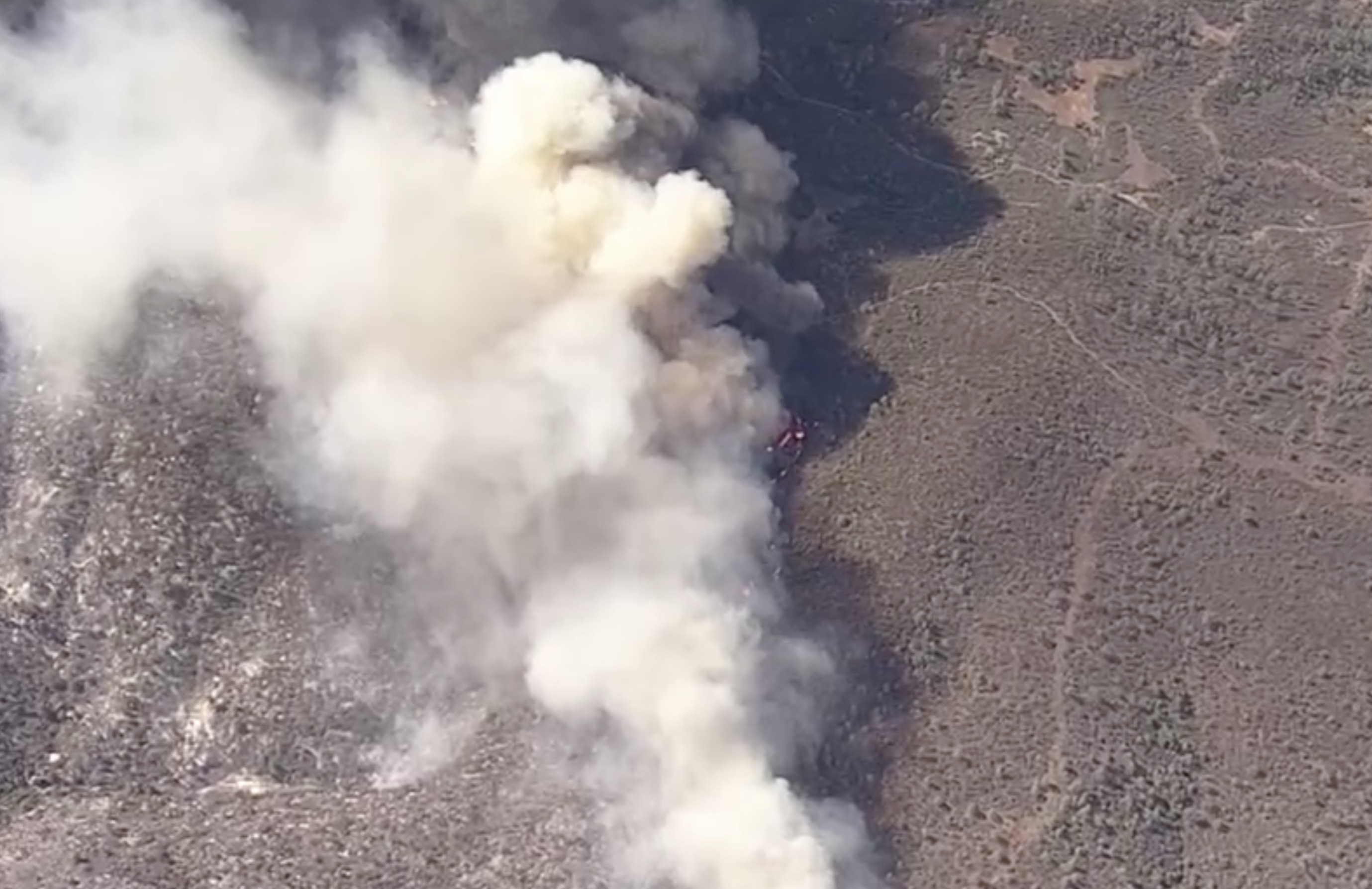 The National Weather Service in Lubbock, Texas, said recent colorful sunsets in the area are due to the wildfires raging in both California and Colorado.

"Have you noticed the colorful sunsets lately? Unfortunately, the reason is smoke from wildfires across CO and CA," the service tweeted.

The service also tweeted a model of where smoke will travel over the next day. It covers much of the western half of the country:

California is not the only state facing spreading wildfires. There are at least four raging in Colorado — and the state's Pine Gulch Fire grew to 125,100 acres overnight, according to the latest operations update posted on InciWeb.

The fire grew over 30,000 acres in the southern and western side of the fire due to 30 to 40 mph sustained winds, Pat Seekins of the operations section of the Pine Gulch team said in this morning’s update posted to the fire’s Facebook page.

The Pine Gulch Fire is the second largest fire in Colorado history, according to the Rocky Mountain Area Coordinating Center.

Seekins said today that firefighters had some success containing the fire on the northern side but the primary concern is the northwest and western side of the fire. The latest update shows that the temperatures in the area are the highest they’ve been since early August and that there are thunderstorms and wind gusts of 20 to 30 mph forecast for this afternoon.

The fire remains at 7% contained due to the continued growth of the fire, according to the latest update.

Vacaville Police are going door-to-door to get residents out of harm’s way as more areas are added to the potential path of wildfires. Dispatchers are using the reverse 911 system to notify those in danger.

The Hennessey Fire is the key component of the LNU Lightning Complex, a group of wildfires in Napa, Sonoma, and Solano Counties that is now estimated at 46,225 acres, according Cal Fire.

Nearly 600 firefighters are assigned to fighting the fire. At least 50 homes have been destroyed and another 50 damaged. Close to 2,000 structures are threatened.

At least 33 wildfires are currently burning more than 141,000 acres in Northern California.

The major fires are broken up into three zones:

A red flag warning is in place in parts of Northern California, including the areas around Vacaville, which has issued some evacuations because of a nearby wildfire.

About red flag warnings: This is a warning the National Weather Service issues when conditions are perfect for wildfires to start and to spread, for example, during hot, dry, windy weather.

The wildfires come as California battles what some experts are calling historic weather conditions.

Nearly 45 million people across the West are under an excessive heat warning or heat advisory Wednesday. High temperatures, gusty winds and low humidity are forecast, conditions that will likely contribute to a significant spread of both new and existing wildfires.

California weather officials said at least seven temperature records were broken. Here's a look at some of the records:

In a Twitter warning, the National Weather Service said that "summer is hot, but this is different."

The fire that prompted some residents in Vacaville to evacuate is among dozens of blazes burning in parts of the state. They come during a brutal heat wave and power outages — both intentional and unintentional — as the power grid struggles to keep up with demand.

California Gov. Gavin Newsom declared a statewide emergency Tuesday to deploy resources to "combat fires burning across the state which have been exacerbated by the effects of the historic West Coast heat wave and sustained high winds."

The Vacaville-area fire is part of the LNU Lightning Complex fires — a series of wildfires that started Monday and Tuesday and have burned more than 32,000 acres in the northern Bay Area counties of Napa, Sonoma and Solano, state and county officials said.

Here's what we know about some of the other fires in California: