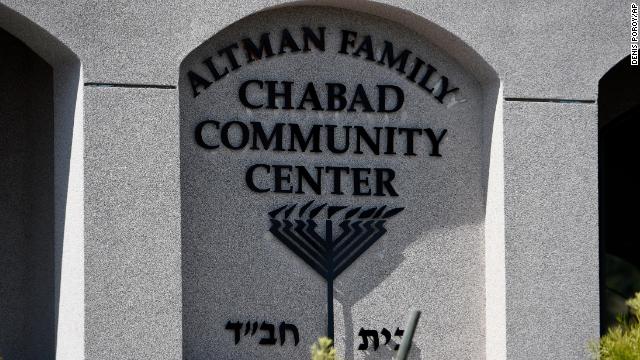 The timing of the shooting at Congregation Chabad is significant.

It's the last day of Passover, one of the holiest Jewish celebrations of the year.

It also comes exactly six months to the day after the shooting at the Tree of Life synagogue in Pittsburgh, where a man opened fire and killed 11 people. A federal law enforcement official said at the time that Robert Bowers made anti-Semitic statements during the shooting and targeted Jews on social media.

The Anti-Defamation league said the shooting at Tree of Life was the deadliest anti-Semitic attack in US history.

Poway Mayor Steve Vaus said that he considers today's shooting a hate crime "because of statements that were made when the shooter entered." 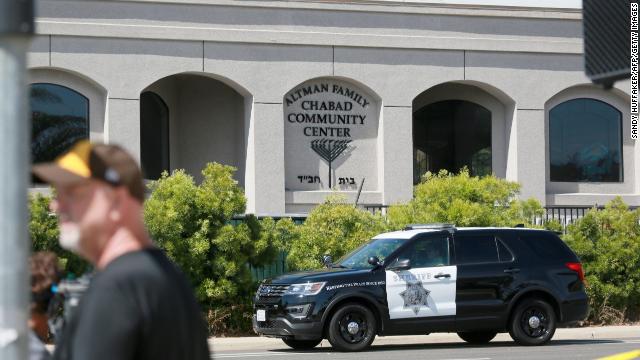 The 19-year-old man who allegedly opened fire at the synagogue fled the scene and then called 911 to identify himself as the suspect, according to San Diego Police Chief David Nisleit.

Investigators are looking into an open letter apparently connected to the suspect, San Diego Sheriff Bill Gore said. He did not elaborate on the suspect's motivations.

The United States Holocaust Memorial Museum released a statement today on the shooting that occurred at a San Diego-area synagogue.

The Museum expressed shock and alarm over the "second armed attack" on a synagogue in six months, a reference to the attack on the Tree of Life synagogue in Pittsburgh where 11 people were killed.

"Now our thoughts are with the victims and their loved ones," the Museum Director Sara J. Bloomfield said.

The United States Holocaust Memorial Museum is shocked and alarmed at the second armed attack on a synagogue in the United States in six months, this time at Congregation Chabad in San Diego County, California, on the last day of Passover.
"Now our thoughts are with the victims and their loved ones," said Museum Director Sara J. Bloomfield. "But moving forward this must serve as yet another wake-up call that antisemitism is a growing and deadly menace. The Holocaust is a reminder of the dangers of unchecked antisemitism and the way hate can infect a society. All Americans must unequivocally condemn it and confront it in wherever it appears."
A living memorial to the Holocaust, the United States Holocaust Memorial Museum inspires citizens and leaders worldwide to confront hatred, prevent genocide, and promote human dignity.

At least one person is dead and three others are wounded.

One of the people who was shot was a rabbi at the Congregation Chabad synagogue, Minoo Anvari told CNN affiliate KUSI. 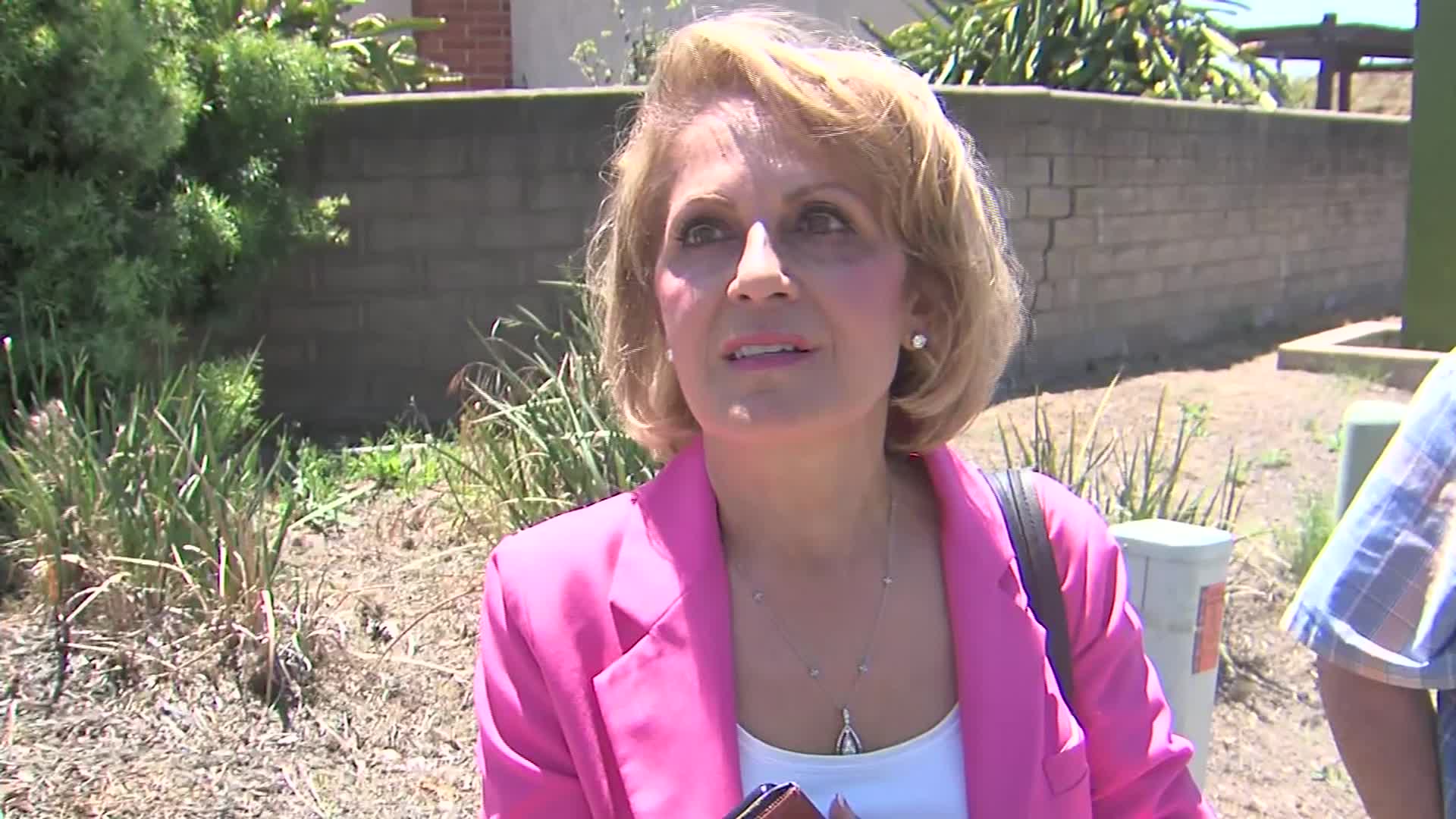 Anvari said her husband called her while he was in the synagogue, saying the rabbi and others were injured. Her husband is “in shock,” she said.

“My husband called, and he said that there has been a shooting at the synagogue, and unfortunately one of my friends is down. And my Rabbi has been injured and two other people are injured, and one guy came and shoot everybody and cursing, and of course they took them to hospital and they are praying for them,” she said.

Lawmakers and presidential contenders are starting to respond to the shooting on Twitter.

"I am disturbed by reports of a shooting at the Chabad of Poway synagogue and am closely monitoring the situation," California Sen. Kamala Harris tweeted.

Here's what some of the other presidential contenders have tweeted: 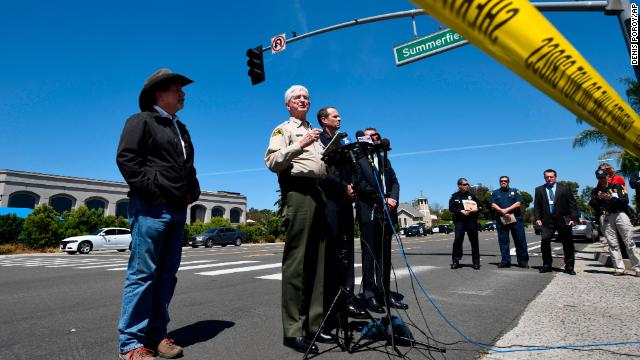 Investigators are looking into an open letter apparently connected to the suspect in the shooting, according to San Diego County Sheriff Bill Gore.

“We have copies of his social media posts and his ‘open letter’ and will be reviewing those to determine the legitimacy of it and exactly how it plays into the investigation,” Gore said during a news conference.

The Sheriff would not answer specific questions about the letter or about the suspect’s motivations.

The San Diego Police Chief David Nisleit identified him as a 19-year-old man, saying he fled the scene of the shooting and then called 911 to identify himself as the suspect.

Pesident Donald Trump said the shooting at a synagogue near San Diego "looks like a hate crime” and was “hard to believe,” as he was about to board Marine 1.

Trump said the White House is doing “heavy research” and “will get to the bottom of it.”

“My deepest sympathies to the people, the families, everybody affected by those shootings at the synagogue in California,” he said.

"Thoughts and prayers to all of those affected by the shooting at the Synagogue in Poway, California. God bless you all. Suspect apprehended. Law enforcement did outstanding job. Thank you!" Trump wrote on Twitter.

"We condemn in the strongest terms the evil & cowardly shooting at Chabad of Poway today as Jewish families celebrated Passover. No one should be in fear in a house of worship. Antisemitism isn’t just wrong - it’s evil." Pence added. 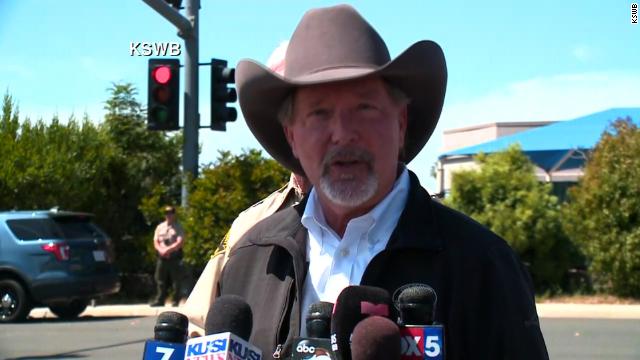 Poway Mayor Steve Vaus said he considered Saturday’s attack to be a hate crime "because of statements that were made when the shooter entered."

The mayor said the congregation was targeted by "someone with hate in their heart ... towards our Jewish community and that just will not stand."

Just moments ago, the San Diego Sheriff's office tweeted out a meeting place for synagogue-goers who got separated from their families during the shooting:

"The Family Assistance Center at Poway High @PowayHighTitans will also serve as the meeting place for synagogue goers who got separated during the shooting. For the media, please be considerate of those who decline interviews during this very difficult time," the tweet reads.