A Ventura County sheriff’s deputy is among those killed in the Borderline Bar & Grill shooting.

Sgt. Ron Helus had been on the force for 29 years and was one of the first officers on the scene in response to 911 calls of shots fired. He was looking to retire in the "next year or so," Sheriff Geoff Dean told reporters.

"Ron was a hardworking dedicated sheriff's sergeant. He was totally committed, he gave his all and tonight, as I told his wife, he died a hero; he went into save lives, to save other people," Dean said, his voice breaking with emotion. 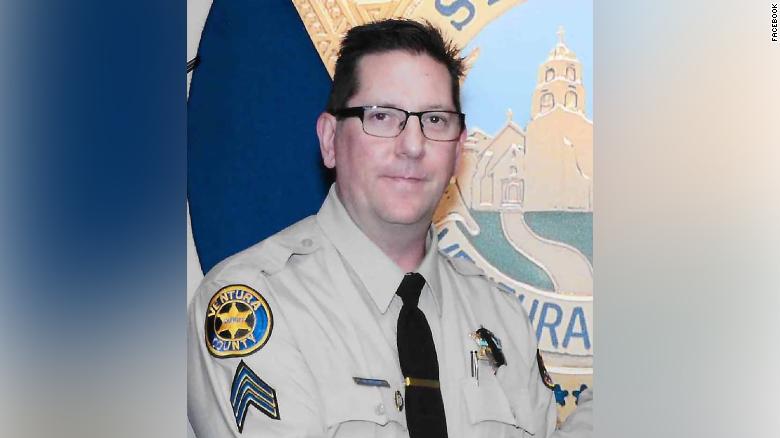 Twelve people, including a police officer, were killed after a gunman forced his way into the Borderline Bar & Grill and opened fire on Wednesday night, Sheriff Geoff Dean told reporters moments ago. The suspected gunman was also found dead at the scene. Up to 12 other people are injured. 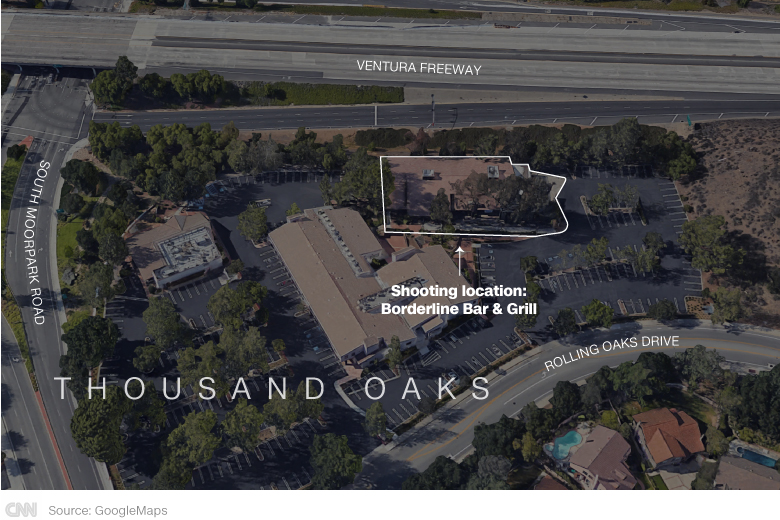 He added that Thousand Oaks "is considered one of the safest cities in the country."

"We are consistently ranked one of the highest with respect to the lowest crime rate per capita, we’re proud of that," Fox said.

"The reality is that these types of incidents can happen really at any place, at any time, even in communities that are considered extremely safe," he added.

The shooter is believed to be among the dead.

According to its website, the venue was hosting a college country night between 9 p.m. and 2 a.m. on Wednesday night when the shooting occurred.

Madeleine Carr, news editor at student newspaper the Pepperdine Graphic, told CNN on the phone, that she was aware of freshman students who had planned outings.

"I was going to go with them tonight but decided not to because of homework but it is a popular place to go because it's local and we do have a lot of people from the south -- it's line dancing it attracts them," she said.

"We've been texting as much as we can -- it's hard. We are still trying to reach most of the girls but the people we know got out. A lot of them do live nearby in Thousand Oaks so a lot of them did get to a students house," she added.

Holden Harrah, who witnessed the shooting at the Borderline Bar & Grill, said he was inside the bar with friends, something he does every week.

"I’ve been coming there for about six months. (It's) just a place you go to hang out with friends, just have fun as young adults," he told CNN by phone.

"A gentleman, who walked in through the front door, shot the girl that was right behind the counter," he added.

“Multiple assets from the ATF Los Angeles Field Division have responded to the mass shooting at the Borderline Bar and Grill in Thousand Oaks,” California, according to the Bureau of Alcohol, Tobacco, Firearms and Explosives, via Twitter.

Childs told CNN: "When I arrived at the scene I saw lots of sheriff vehicles and a few paramedics. Helicopters could be heard overhead. I saw some tearful reunions among those presumably at Borderline or who knew them at Borderline. Then I joined the press area. It was a mix of press and bleary-eyed loved ones."

At least 11 people were injured after a gunman forced his way into a popular local bar and opened fire, according to police attending the scene in Thousand Oaks, California, officials say.

Earlier in the same press conference he told reporters that six people had been shot, including a deputy.

There's no threat to the general public outside the Borderline Bar & Grill in Thousand Oaks, police said in a press conference at the scene.

"I don’t know the status of the shooter if he’s been captured but we don’t think he’s outside of the bar and grill," said Ventura County Sheriff’s Office Capt. Garo Kuredjian.

Earlier at the same press conference he said authorities were still looking for the gunman.

This post has been updated with further comments from police.