Preliminary estimates show there is a 10% chance of a further magnitude 7 or higher earthquake, according to Lucy Jones, a Seismologist with Caltech.

At an overnight news conference, Jones said aftershocks will continue.

She said the earthquakes that struck near Ridgecrest on Thursday and Friday were part of an ongoing sequence of a "very energetic system," Jones said.

The latest 7.1-magnitude earthquake was the mainshock, while Thursday's 6.4-magnitude quake was a foreshock, according to Jones.

CNN's Scottie Andrew has this guide on how to stay safe before, during and after earthquake, according to the Department of Homeland Security, Earthquake Country Alliance and Red Cross:

Drop, cover and hold on: Try to avoid moving too much; if the quake is severe, it'll likely knock you to the ground.

Avoid windows: Flying objects could break through the glass and cause harm, so keep away.

Stay where you are: If you're in bed, stay there, but cover your face and neck with a pillow. If you're inside, don't run outside -- parts of the building's exterior could fall from overhead. If you're driving, stop your vehicle in an area clear of trees, buildings, overpasses or wires.

Don't take the elevator: Even if the power isn't out, the elevator could stop working if quakes continue. It's best to stay put, then take the stairs when it's safe to move.

The two earthquakes in Southern California were the strongest to hit the area in decades.

The 7.1-magnitude quake on Friday was five times bigger than Thursday's, but released 11 times the amount of energy than the 6.4 shake on Thursday, CNN Meteorologist Brandon Miller said.

Earthquakes are measured using seismographs, which monitor the seismic waves that travel through the Earth after an earthquake strikes, CNN's Emily Smith writes.

The latest earthquake struck 11 miles northeast of Ridgecrest, according to the US Geological Survey.

It was the second quake to hit the area in just two days, following Thursday's 6.4-magnitude earthquake that was also centered near Ridgecrest. 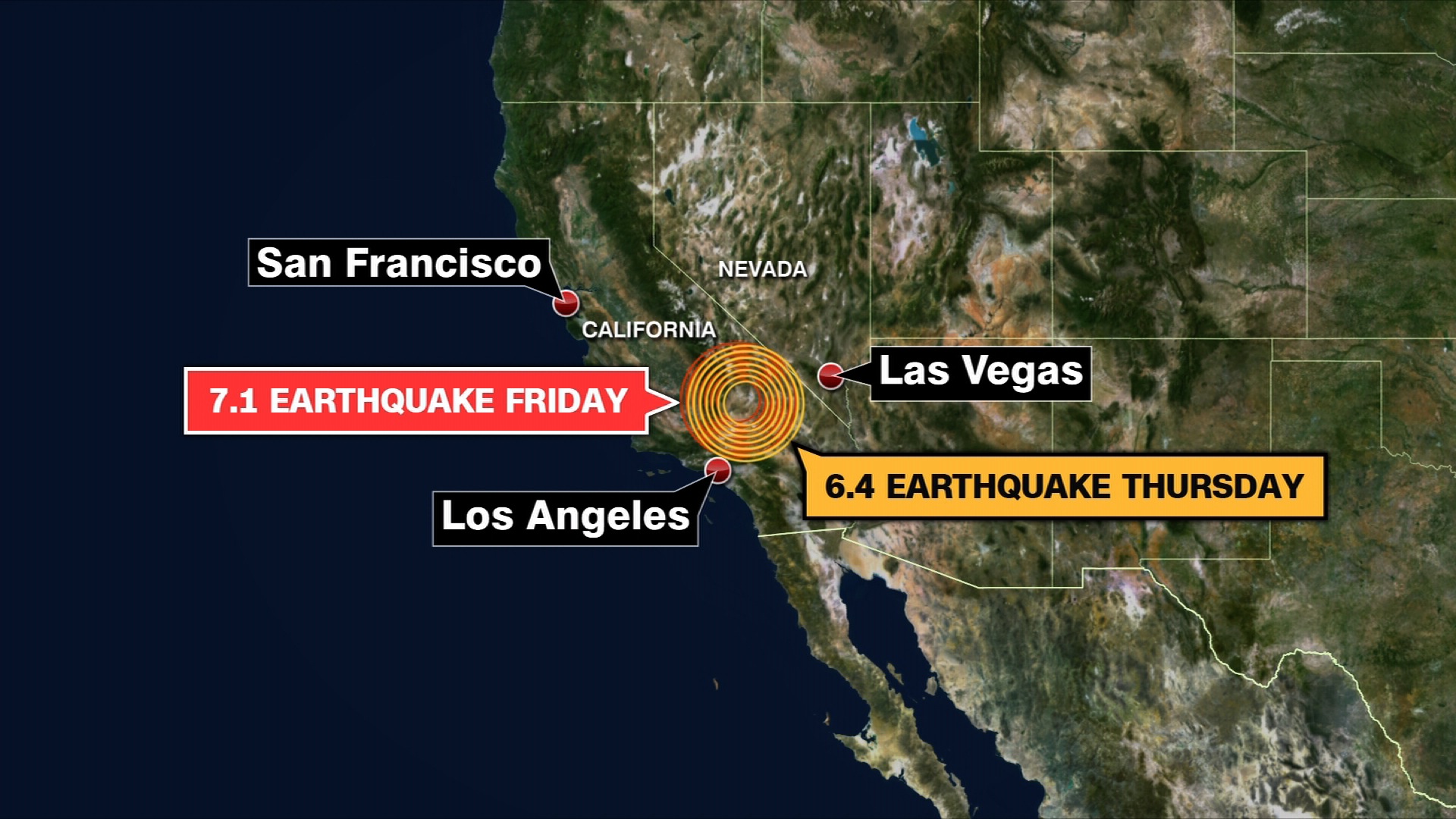 Ridgecrest Mayor Peggy Breeden said many of the city's residents are sleeping outside following the second powerful earthquake to hit their city in just two days.

"Many of them have experienced something that is very traumatic, somewhat unknown to most of them and many of them are sleeping outside tonight," she said.

They are fearful to be in their homes and we are offering any services as noted earlier -- we have places for people to shelter here, but many are choosing to just be with their neighbors in their sidewalks and driveways and some of them are in the streets," she added.

The quake was the second to strike near the city of Ridgecrest in less than two days. It was stronger and lasted longer than Thursday's 6.4 -magnitude earthquake. 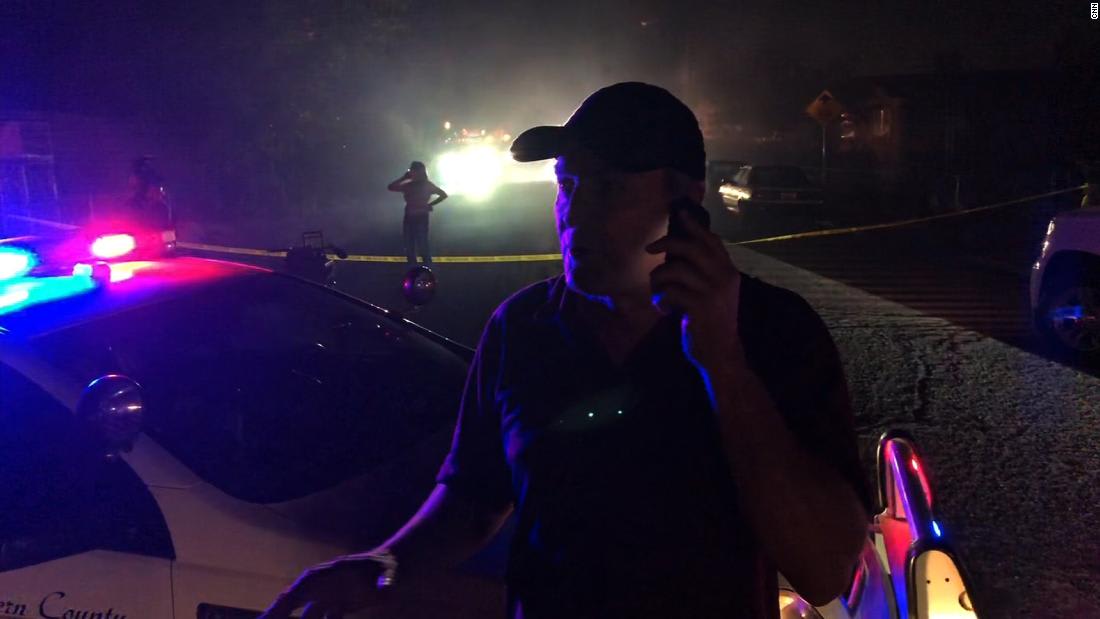 CNN reporter: Everything was rocking and swaying - CNN Video

Bakersfield resident Giovanna Gomez was at home with her family when their house swayed and the water in her pool overflowed. They ran outside.

"It was about a minute long," she said. "Far larger than the one that (happened) yesterday. It was a smooth roll going back and forth."

Bakersfield is in Kern County about 110 miles from Ridgecrest.

Multiple fires broke out after the earthquake Friday, according to Kern County spokeswoman Megan Person.

Mark Ghilarducci, Director of California Governors’ Office of Emergency Management, said Ridgecrest has had significant reports of structural fires due to gas leaks throughout the city.