The latest on the police shooting of Daunte Wright

Crowds have gathered outside the Brooklyn Center Police Department for the fourth consecutive night of protests following the fatal police shooting of Daunte Wright.

Protestors have been seen throwing objects at law enforcement and trying to climb and dismantle the fence around the police department building, according to a tweet from Operation Safety Net and CNN teams on the ground.

As has been the case each night, law enforcement is lined up on the inside of the fence facing the protestors, as well as on the roof of the building.

The curfew for Brooklyn Center goes into effect at 10 p.m. CT.

Protesters have been seen outside the police precinct in Brooklyn Center for a fourth night following the death of Daunte Wright who was shot and killed by a police officer. 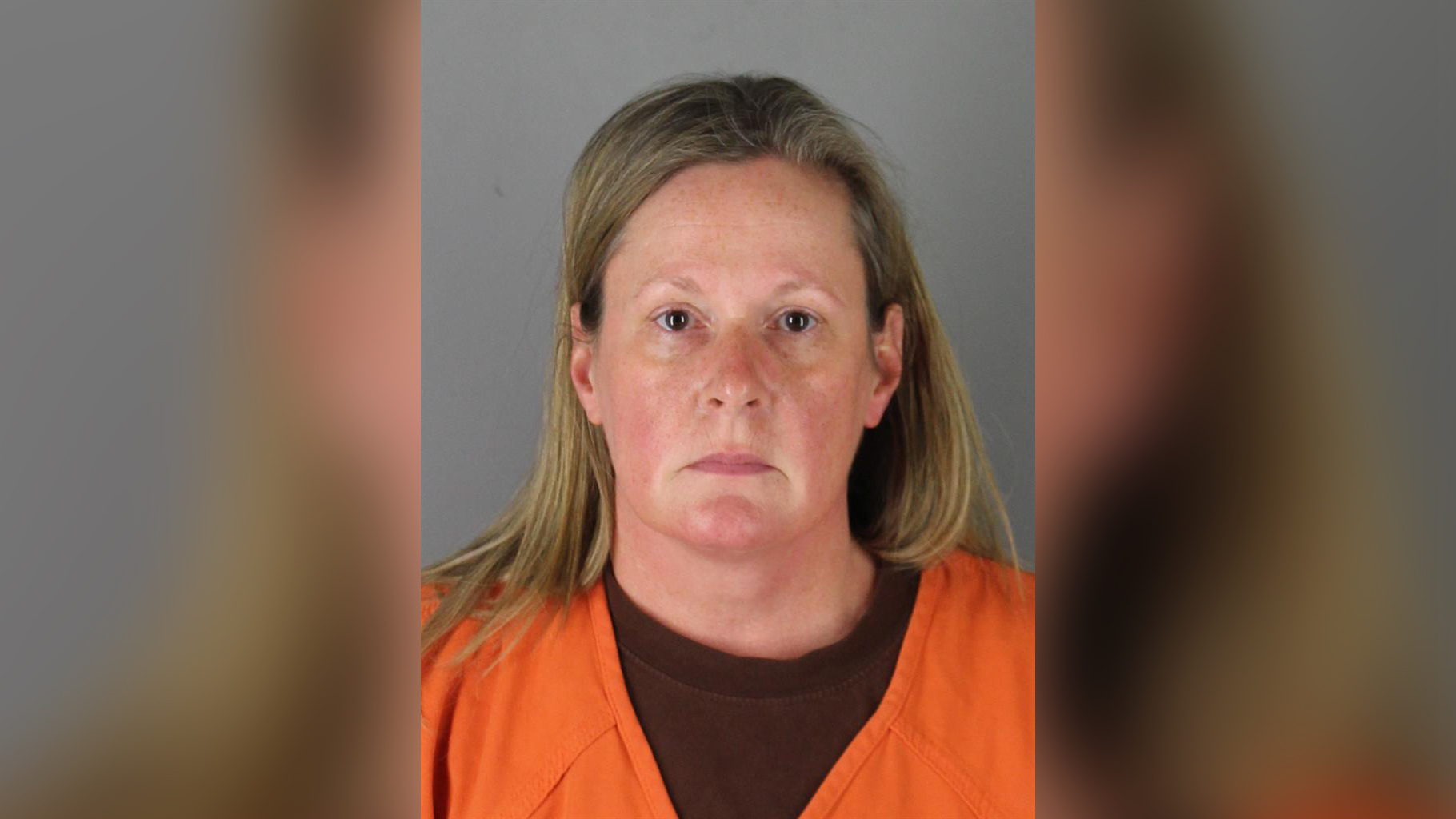 Potter is scheduled to appear before Judge Nicole A. Engisch, according to Christopherson. The hearing will be held via Zoom, Christopherson said.

More context: Potter was arrested and charged with second degree manslaughter in the killing of Daunte Wright earlier Wednesday.

She is currently being held in the Hennepin County Jail on $100,000 bail, according to the criminal complaint.

This marks the third consecutive night the city will have a curfew in the wake of Sunday’s fatal police shooting of Daunte Wright.

The curfew extends until 6 am CT Thursday morning, Elliott said.

With the Derek Chauvin trial underway in Minneapolis and three consecutive nights of unrest on the streets of nearby Brooklyn Center following the fatal police shooting of Daunte Wright, more than 3,000 Minnesota National Guard members have now been activated in the Twin Cities area, according to a tweet from Operation Safety Net (OSN) Wednesday afternoon.

OSN also updated their arrest numbers from Tuesday night’s protests near the Brooklyn Center Police Department, saying in a tweet that 79 arrests were made.

“Arrests were for a range of charges including inciting riot and unlawful assembly,” OSN said.

In the release, Orput said Potter was a field training officer when she and another officer pulled over Daunte Wright in a white Buick on Sunday afternoon. The officer training with Potter, Anthony Luckey, determined Wright had a warrant for a gross misdemeanor weapons charge, according to the release.

Wright, Potter and Luckey were outside the Buick’s driver side door when Luckey told Wright he was being arrested for the outstanding warrant, according to the complaint cited in the release.

“Both Wright and Officer Luckey were standing just outside of the driver’s side door, which was open, and Potter was standing behind and to the right of the other officer. At 2:01:49, Wright pulled away from the officers and got back into the driver’s seat of his car, with Officer Luckey trying to maintain physical control of Wright,” according to the criminal complaint.

After saying she would tase Wright, she instead "pulled her Glock 9mm handgun with her right hand and pointed it at Wright, saying again that she would tase him,” the news release states. Potter said “Taser, Taser, Taser,” pulled the trigger on her handgun, and fired one round into Wright’s left side of the victim, according to the complaint cited in the news release.

Wright immediately said, “ah, he shot me,” and drove away before crashing into another vehicle. Wright was pronounced dead at the scene, as mentioned in previous CNN reporting.

After firing her gun, Potter said “Sh**, I just shot him!”

“A Minnesota Bureau of Criminal Apprehension investigator examined Potter’s duty belt and saw that the handgun is holstered on the right side of the belt and her Taser is on the left side. The grips or handles of both the gun and Taser face Potter’s rear. The Taser is yellow with a black grip. Also, the Taser is set in a straight-draw position, meaning Potter would have to use her left hand to pull the Taser out of its holster,” according to the release.

Wright’s death was ruled a homicide on Monday, and Potter was arrested and charged with second degree manslaughter in the killing of Wright earlier in the day Wednesday.

“Certain occupations carry an immense responsibility and none more so than a sworn police officer,” Imran Ali, Washington County assistant criminal division chief and director of the Major Crime Unit said in the release. “With that responsibility comes a great deal of discretion and accountability. We will vigorously prosecute this case and intend to prove that Officer Potter abrogated her responsibility to protect the public when she used her firearm rather than her taser. Her action caused the unlawful killing of Mr. Wright and she must be held accountable. County Attorney Peter Orput and I met with the family, expressed our deepest sympathies and assured them we would spare no resources in seeking justice for Mr. Wright.”

The Washington County Attorney’s Office say they will not be holding a news conference, and the full criminal complaint was not included in the release.

Former Brooklyn Center officer Kim Potter has been booked into the Hennepin County Jail, according to online jail records.

She was booked 37 minutes after the Minnesota Bureau of Criminal Apprehension (BCA) said they arrested her.

Potter was charged with second-degree manslaughter in the killing of Daunte Wright.

"A badge should never be a shield to accountability. Daunte Wright was brutally killed by a police officer, and justice must prevail," Johnson said.

Brooklyn Center Mayor Mike Elliott tweeted after the charges were announced, saying “Daunte Wright like many other black and brown members of our community should be alive and at home with his family today. #DaunteWright”

Attorney Ben Crump, who represents the family of Daunte Wright, reacted to the news that former Brooklyn Center Police Officer Kim Potter has been charged with second degree manslaughter.

Crump said while they “appreciate that the District Attorney is pursuing justice for Daunte, no conviction can give the Wright family their loved one back.”

“Driving while Black continues to result in a death sentence. A 26-year veteran of the force knows the difference between a taser and a firearm. Kim Potter executed Daunte for what amounts to no more than a minor traffic infraction and a misdemeanor warrant,” Crump said.

The family will hold a news conference tomorrow at 1 p.m. ET, Crump said in the statement.

Potter was arrested by agents with the Minnesota Bureau of Criminal Apprehension and is expected to be booked into the Hennepin County Jail.