Melvin Evans was in the Wendy's drive-through and witnessed the police shooting of Rayshard Brooks last Friday.

When Officer Garrett Rolfe fired three shots, two hit Brooks and one hit a nearby vehicle that had three occupants, according to Fulton County District Attorney Paul Howard, Jr.

Evans was driving the SUV that was hit with the bullet.

"We pulled up into Wendy's. We just literally got to -- we were just looking for something to eat. Pulled up into Wendy's. We heard arguing, an altercation," Evans told CNN's Chris Cuomo.
"About a couple of seconds later, we see the victim running toward us and the officer was chasing him. He had a Taser in his right hand. The victim had a Taser in his hand. The officer shot three times and dropped and we was ducking because we didn't want to get hit."

Evans said that he didn't want to move the car because he was scared he may get shot.

"We was ducking. I just seen him (Brooks) hit the ground and we was just ducking in the truck. My partner behind me said, 'pull out, back up, pull out.' I said, no. I'm not going to pull out while this man got this gun in his hand because if I move, he's right 10 feet from the truck. I might run over them or something, being nervous, or trying to get away from the scene or shoot at the truck. I don't know. So I just stood there for a minute until he put his gun up," Evans said.

Evans' attorney Shean Williams said that his client and the other occupants of the SUV were fearful for their lives.

"You got to think Melvin and his friends just saw in their view a horrific murder of another black man right in front of them. So he had every right and understanding to be fearful," he said.

Washington Gov. Jay Inslee ordered the State Patrol to begin a new investigation into the death of Manuel Ellis, who died while in custody of the Tacoma Police Department, his office said Wednesday.

"Our announcement today focuses on thoroughly investigating what happened late at night on March 3," Inslee said. "But I believe the sheriff’s office needs to answer serious questions about what happened, and did not happen, in the months since then."

Inslee’s office said work will begin on the new investigation by the end of next week.

Tacoma police tried to arrest Ellis on March 3, alleging the 33-year-old was "trying to open car doors of occupied vehicles."

A physical altercation ensued, police said, and Ellis had to be restrained. A driver caught part of the arrest on video, and Ellis can be heard crying, "I can't breathe," on police dispatcher audio.

Officers called for medical assistance, but Ellis died at the scene.

Ellis' cause of death was respiratory arrest due to hypoxia caused by physical restraint, the Pierce County Medical Examiner's Office determined. Hypoxia is a condition in which the body is deprived of oxygen.

His death has sparked protests in the city of 218,000, located about 30 miles south of Seattle. 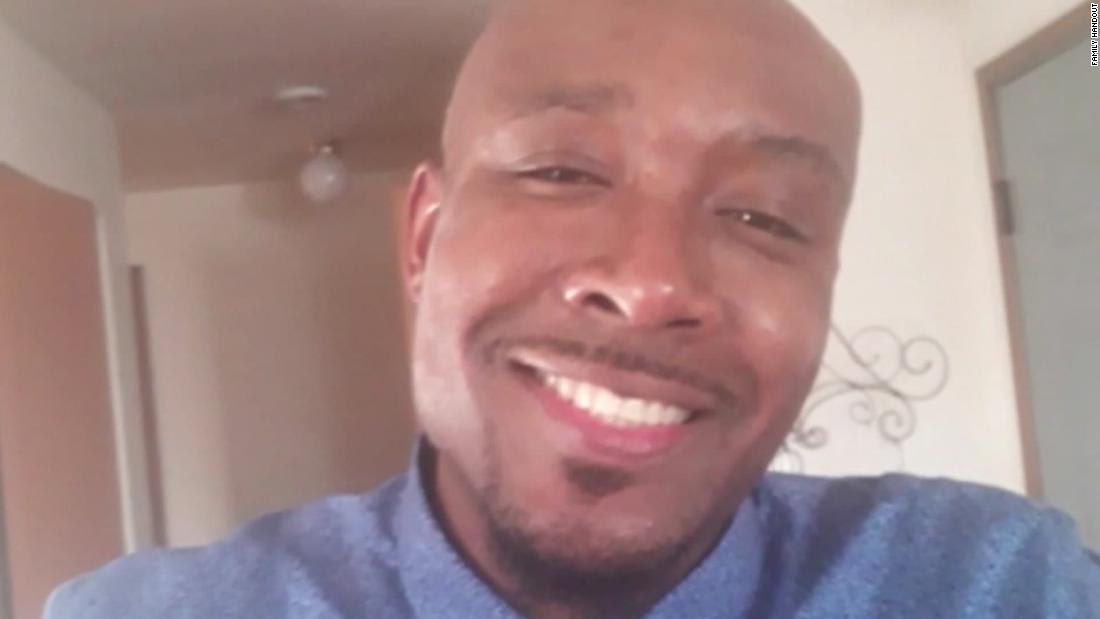 Attorneys for Devin Brosnan, one of two Atlanta police officers charged in the death of Rayshard Brooks, says there is no agreement Brosnan will testify.

“To be clear, there is no agreement that our client will testify at any hearing,” Brosnan’s attorney Amanda Clark Palmer told CNN’s Chris Cuomo on Wednesday night.

When asked by Cuomo if Brosnan might take a deal to work as a state’s witness, Palmer denied this.

“In my view, he doesn’t need a deal; he shouldn’t have been charged with a crime in the first place,” Palmer said, “He’s not a state’s witness, he’s a witness. He will tell the truth about what he saw and what happened. And he will do so if he gets a subpoena.”

Brosnan is not accused of shooting Brooks but faces an aggravated assault charge for standing on Brooks after he was shot in the parking lot.

Don Samuel, Brosnan’s other attorney, claimed Brosnan had suffered a concussion and was confused and not aware that Brooks had been shot when he stood on his shoulder.

Democrats on the House Judiciary Committee advanced their policing reform package late Wednesday night, setting up a full House vote on the legislation scheduled for next week.

The bill would ban chokeholds and end the qualified immunity doctrine, among other items.

Democrats on the committee rejected amendments Republicans offered to the measure throughout the day on a party-line basis, as members clashed over issues of Antifa, race, and abortion.

Near the end of the markup, Democrats approved an amendment naming the bill after George Floyd.

US President Donald Trump called the police shooting of Rayshard Brooks in Atlanta a "terrible situation," but added that "you can't resist a police officer," in his most extensive comments about the shooting that led to murder charges for one police officer.

"The events that took place yesterday was, I thought it was a terrible situation, but you can't resist a police officer and if you have a disagreement, you have to take it up after the fact it was a very sad, very very sad thing," Trump told Fox News late Wednesday night. "And look, you really -- you really do take a look it was out of control the whole situation was out of control."

Trump continued: "You know, I don't know that I wouldn't necessarily believe that, but I will tell you that's, that's a very interesting thing and maybe that's so. They're going to have to find out."

"I hope he gets a fair shake because police have not been treated fairly in our country," the President added.

A protester pulled a gun on a car driver during anti-racism protests in Louisville, Kentucky on Wednesday after the vehicle hit a demonstrator and sped off, the Louisville Metro Police Department said.

A video provided by the LMPD shows protesters engaging with the car. As the car sped off, a protester was hit and then demonstrators chased the vehicle down the street, with one protester pulling a gun on the driver, according to the LMPD.

A total of 17 arrests were made during the demonstrations for charges including inciting a riot, disorderly conduct, obstructing a highway, harassment with contact, fleeing, and assault.

Protesters began blocking streets around Jefferson Square at about 7 a.m. ET, forcing vehicles trying to travel in that area to turn around, according to the LMPD.

LMPD officers tried to intervene and asked them to stop blocking streets, but the protesters did not comply, police said. Special response team officers then responded to the area to try to clear it and arrested 17 people.

“Again, we have repeatedly asked protesters not to block intersections, which is what prompted police action this morning,” Sergeant Lamont Washington with the LMPD said.

The widow of Rayshard Brooks, Tomika Miller, had to leave the room as Fulton County District Attorney Paul Howard, Jr. described Officers Garrett Rolfe and Devin Brosnan kicking and standing on her husband after he was shot, her attorney Chris Stewart told CNN’s Anderson Cooper.

“To me as a lawyer, that shows his mental state. It wasn’t fear for his life. He was enraged. He was angry from that scuffle, and he kicked him,” Stewart said.

Even though attorneys for Officer Brosnan have said he has not agreed to be a state witness, Stewart still said it gave him hope.

“It gave me a lot of hope,” he said. “It gave me hope that time is really changing where officers are going to step forward and say ‘no, no more.”

“I just see it all too often where I’ve had officers want to testify or have to give me information secretly or privately because they’re scared of the repercussions of publicly supporting something that they know is wrong,” Stewart said.

The Albuquerque Police Department responded to criticism that its officers failed get involved during the shot protester incident, telling CNN Wednesday its officers intervened when the gathering turned from a peaceful vigil to a violent incident.

“APD’s first goal for protests is to create a safe environment for everyone who wants to exercise free speech. Often, a uniformed police presence is counter-intuitive to a public discourse, which is why we have to monitor each incident carefully and decide the appropriate actions," APD’s director of communications, Gilbert Gallegos, said in a statement.

The statements said multiple police teams were staged in different locations and "responded when the gathering quickly turned from a peaceful prayer vigil to a violent incident that required a police response."

"Public protests are usually dynamic and filled with tension. We always conduct a critical self-assessment to determine how decisions were made and where officers can learn from each experience,” the statement added.

The family of Scott Williams, the man shot by Steven Baca at a protest over a statue Monday, issued a statement criticizing the Albuquerque police response.

“When Steven Baca repeatedly attacked peaceful protestors in Albuquerque last night, Scott took bullets for the community he cares about,” the statement, provided to CNN by the family’s attorney, Laura Schauer Ives, said.

“While he did, the Albuquerque Police Department hid behind the Albuquerque museum, refused to respond to multiple requests for help, and only sent officers in once shots were fired,” the statement said.

Ives also said that Williams is in stable, but critical condition in the surgical ICU.