Carrillo, an active-duty staff sergeant stationed at Travis Air Force Base at the time of the shooting, is also the suspect in the June 6 death of a Santa Cruz sheriff's deputy, Sheriff Jim Hart said last week.

"The Boogaloo term is used by extremists to reference a violent uprising, or impending civil war in the United States," Anderson said.

"Pat Underwood was murdered because he wore a uniform," Anderson said. 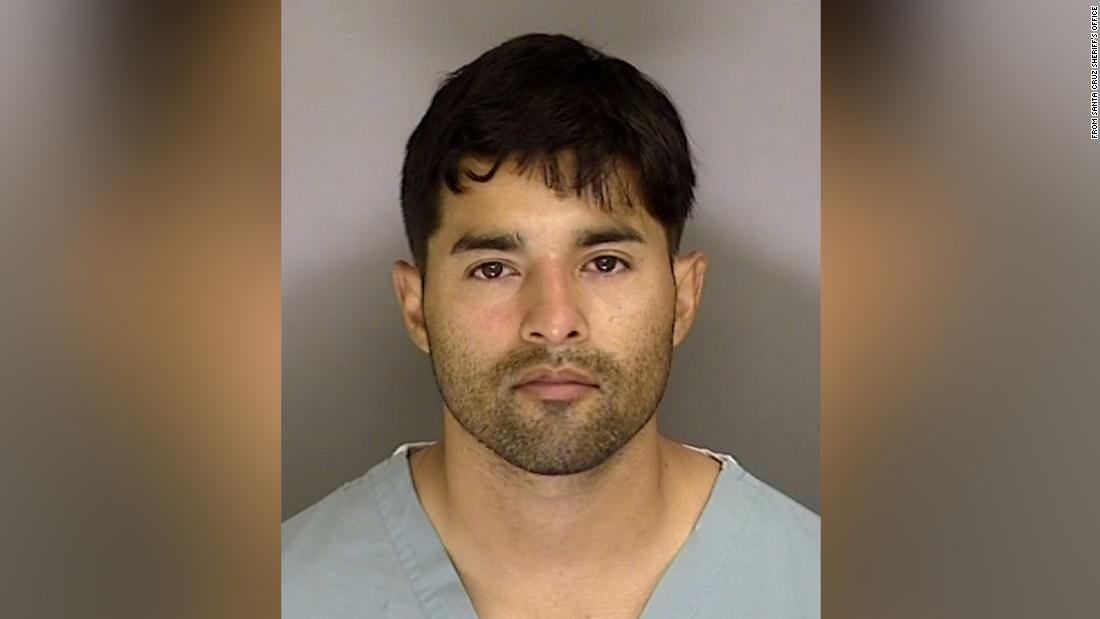 "I didn't think that order addresses anything that concerns Ahmaud's case at all," Cooper said.

Cooper added that she "didn't have high expectations" going into the meeting but wanted to learn more about the executive order.

Brooks, 27, was killed by an Atlanta police officer outside a Wendy's restaurant after failing a sobriety test, fighting with two officers, taking a Taser from one and running away.

"I think you can justify this case by Georgia law. It specifically gives the right based on the aggravated assault and the threat he poses to the public and the officers there," Gaynor told CNN's Chris Cuomo. "It specifically gives them by law the right to shoot him. He chose to make those actions. He chose to do what he did. He could have been like 100 other DUIs that night -- got arrested, bonded out, and brought home to his family."

Of the officer's decision to shoot and not just let Brooks run away, Gaynor said, "now we know what the criminal history is, but we didn't know at the time."

"Could he carjack somebody? Could he be scared so much that he’s going to kidnap somebody in another car? Is he going to hurt a civilian? There’s a lot of things that come into play that you have to play out and go 'I am responsible for this person I was going to arrest' and he now has a weapon that I provided him because he took it from me," he said.

Gaynor said that Brooks' actions when he was placed under arrest "causes what occurs in his death, not the previous action where they are all compliant."

"They go to put the handcuffs on him -- a lawful arrest with detention -- and he chooses to fight. That causes all of these things to then spiral. So you’ve got to take those into account," Gaynor said.

The statement described her remarks as "irresponsible, insensitive and inaccurate" and called on her "to issue an apology to those in attendance as well as to the community at large."

Fiore told reporters at a news conference she wanted "to be clear on stating that there is no room for racial division, social justice is a human right, for all."

"And I say this because I've spent the last eight years working tirelessly to give equal opportunity, and an equal voice to all the focus of our community needs to be on healing, not hatred. And I would hope that we could all come together and focus on justice, not chaos," Fiore said.

Fiore went on to say her "time would be better spent on a course of action that will help repair that many hurting communities who have been affected by this deep divide."

Las Vegas Mayor Carolyn Goodman came to Fiore’s defense during the news conference, saying she believes the former mayor pro tem should not be "considered or have been considered a racist or a bigot. She has just been loyal and giving to every community all the time, and I believe she has the best of intentions. And always, the biggest heart."

A news release from Mayor Jenny Durkan's office says the barriers will allow for traffic to resume throughout the Capitol Hill neighborhood as well as "ease access for residents of apartment building(s) in the surrounding areas, and help local businesses manage deliveries and logistics."

Police, meanwhile have still not returned to Seattle's East Precinct station, which is located inside the occupied zone. On Monday, Seattle Police Chief Carmen Best said officers would only be responding to calls in the zone for life-threatening emergencies, as the occupation shows no signs of waning.

"If you ask me about the current situation, it's not one that I like, but we do have to make sure that we balance public safety with our ability to engage with the people," Best said Monday. "We have to thread the needle there and we have to make sure people are safe, but we don't want to have a confrontation that ends up with more people hurt."

A lawyer for the family of Rayshard Brooks said on Tuesday he's been flooded with calls from people in the community, who have had negative interaction with former Atlanta police officer Garrett Rolfe.

"We’ve turned over the significant ones to the authorities," attorney L. Chris Stewart said during an interview with CNN’s Wolf Blitzer.

Rolfe's record shows a use of force complaint from September 19, 2016, which resulted in a written reprimand the following year. It also included several citizen complaints, all with notes that no action was taken.