Our live coverage of Biden's visit to New York and New Jersey has ended. You can read more here.

While visiting an area of New Jersey hard-hit by the remnants of Hurricane Ida, President Biden said the country and world need to act now to combat climate change.

"Every part of the country is getting hit by extreme weather. And we're now living in real-time, what the country is going to look like. ...We can't turn it back very much — but we can prevent it from getting worse. And so we're all in this��together," Biden said while meeting with New Jersey Gov. Phil Murphy, FEMA Administrator Deanne Criswell and other officials in Hillsborough Township, New Jersey.

Biden said that he's visited areas affected by extreme weather across the country, including wildfires in California and hurricanes in Louisiana.

There have been at least 27 reported deaths from Ida in New Jersey. The majority of the storm-related deaths were people who were caught in their vehicles by flooding, according to Murphy.

The President said the country is at an "inflection point" in the climate crisis.

"I think the country has finally acknowledged the fact that global warming is real, and it's moving at an incredible pace, and we've got to do something about it," he said.

Biden also noted he will be going to the COP26 UN Climate Change Conference meeting in Glasgow, Scotland, in November.

Queens Borough President Donovan Richards told CNN he wants the President “to see the devastation first hand, the pain that many of our residents are facing right here in Queens county.”

“I want him to see how people livelihoods were destroyed” due to the storm, Richards told CNN’s Boris Sanchez.

Biden is set to travel to Queens, New York, later today after he meets with state officials and surveys damage in New Jersey.

“I also want him to deliver,” Richards said, adding, ”we need money, we need federal intervention, to really update our infrastructure.”

“We’re having a debate now about climate change once again, and this is nothing new,” he said invoking Sandy and Katrina.

He said city and state officials are working to get residents help in their homes so they don’t have to travel to locations to seek it out.

“We also need FEMA to cut the red tape,” predominantly to get “checks into people’s hands right away," he said.

Richards also said the "city is also pumping out basements,” as many residents do not have money to do so.

Richards — who says he grew up in basement apartments in Queens — when asked about building codes, stressed the need for affordable housing.

“We need to ensure people can live in safe dwellings,” he said.

He hopes to legalizing basement homes and subsidies for homeowners.

“Everyone is living on margins and this is what you see largely in immigrant and Black and brown communities across the city," he noted.

The President will also meet with families, first responders and local elected officials. According to the White House, these are the people accompanying Biden on his trip:

This is Biden's second trip in the wake of Ida. The President visited storm ravaged Louisiana on Friday where thousands of people remain without power.

The Louisiana Department of Health (LDH) says "four people have died of carbon monoxide poisoning and 141 people have been treated for inhalation of the deadly, odorless gas since Hurricane Ida."

ER visits for carbon monoxide poisoning were reported in Greater New Orleans, Baton Rouge as well as the neighboring River Parishes and Northshore area "in the past week," a release from LDH said Monday.

LDH urged residents to "please use your portable or stand-by generator safely" by following the advice from the Office of the State Fire Marshal, which includes placing generators at least 20 feet away from a residence.

Some of the areas of the state hit hardest by Ida could be looking at more than three weeks before power is restored, CNN has reported.

You can find more information on how to safely use a generator here. 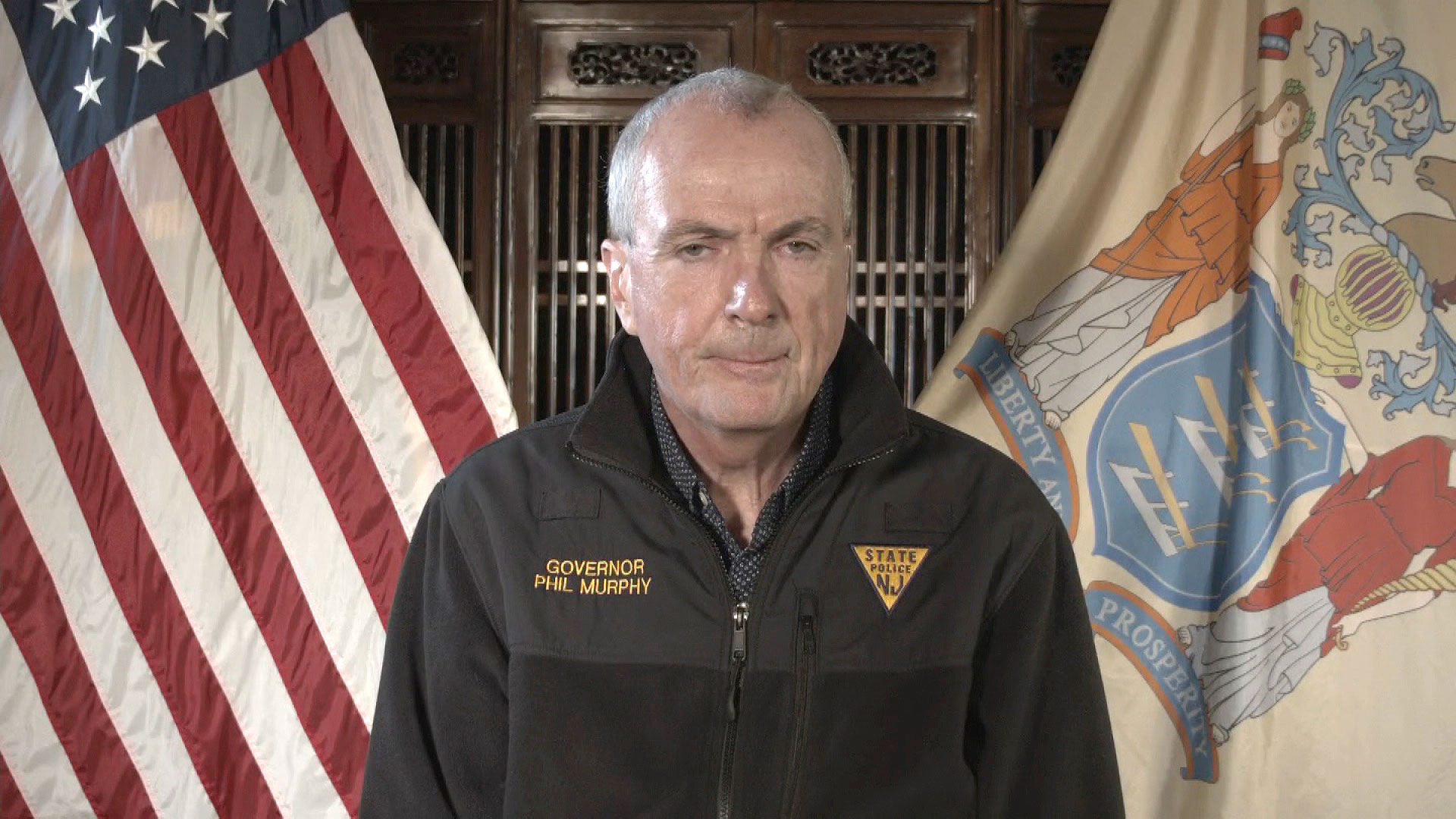 "He's been pitch perfect from moment one on this," Murphy said about the President, speaking to CNN's Jim Sciutto on New Day Tuesday morning.

When asked what messaging he'd like to hear from the President during his visit, Murphy said one of support is important.

"I think the message has to be number one, as he's been saying, we're going to be with you as you get back on your feet, as long as that journey may take, both the state government and the federal government will be by your side," Murphy said. "And secondly, if never before, the argument is overwhelmingly compelling for congress to act on climate resiliency infrastructure, that we need desperately in our state, as the most densely populated state in America, to prevent more of these storms happening in the future."

Murphy said it will take "months more likely than weeks" to rebuild in the state following the damage caused by Tropical Storm Ida.

"And that's the message we've been giving to folks, that this is going to be a long road but we're going to stand with them at every step of the way," Murphy said.

There are now 415,613 customers without power in the state of Louisiana as clean-up and recovery efforts continue after Hurricane Ida, according to PowerOutage.us.

Entergy Louisiana, which provides electric service to more than 1 million customers, said it has now restored power to more than half of all customers who lost power as a result of the storm.

“We have made significant progress in getting the lights back on for our customers in spite of all the challenges we are facing,” Entergy’s Vice President of Distribution Operations John Hawkins said. “Our crews are encountering massive damage – particularly in the hardest-hit areas. We have assembled a storm team of nearly 26,000 people who will not stop until the last light is back on.”

President Biden is scheduled to visit New York and New Jersey on Tuesday to survey the damage brought by the remnants of Hurricane Ida, his second trip in the storm's wake since it plowed through the eastern half of the United States last week.

The President will use the trip to highlight the effects of climate change and underscore the importance of climate-resilient infrastructure investments proposed in his legislative agenda.

"President Biden will highlight how one in three Americans have been impacted by severe weather events in recent months, and that no one is immune from climate change," a White House official said. "He will speak about the economic impacts of extreme weather, while driving home the urgent need for key investments to fight climate change and in resilient infrastructure, critical investments included in the President's Build Back Better agenda."

During the visit, which includes stops in Manville, New Jersey, and Queens, New York, the President will also meet with families, first responders and local elected officials.

Biden is expected to "receive an update on recovery efforts and highlight his Administration's commitment to providing the federal government's full support for communities impacted by the storm," the White House official said.

Murphy told CNN’s John King that the town is “still in the process of restoration and recovery" and confirmed that that town workers picked up three months-worth of trash in one day on Sunday. He said he anticipates picking up similar levels of trash each day “for the next few days at least.”

The mayor added that some homes in Mamaroneck were submerged in 12 feet of floodwater and hundreds of people remain displaced from their homes and are currently staying in shelters.

Murphy said President Biden’s major disaster declaration for five New York counties, including Westchester County where Mamaroneck is located, will be helpful immediately. Town officials have already sent information to residents and business owners on how they can apply for relief, he said.

Murphy also said he got in contact with New York Senator Chuck Schumer and offered the town of Mamaroneck as a “staging area for FEMA.”

He told CNN that he was glad President Biden plans on visiting the area and hopes that an Army Corps of Engineers plan that was previously cancelled can be revived.

“What this community needs more than anything else…we were promised an Army Corps of Engineers plan a few years back. Under the Trump administration, it was cancelled,” Murphy said. “Hopefully they can get that into the infrastructure bill.

The mayor added that Mamaroneck will need to keep strengthening their town infrastructure, some of which is over 100 years old, in preparation for future, similar storms.

“The floods used to come every 20, 25 years. Now, they’re coming every three, four, and five years,” Murphy said. “And it’s going to hit us harder and harder in the decades to come.

Biden previewed his visit as he departed the White House Tuesday morning.

"I'm hoping to see the things that we're going to be able to fix permanently with the bill that we have in for infrastructure,” he said when asked what he hopes to see on the trip.

Biden has declared major disaster declarations for both states.

The storm – by then remnants of a tropical depression – unleashed deadly flooding Wednesday from Virginia to New England, but especially from metro Philadelphia to New Jersey and southern New York. At least 50 people are dead.

The President visited Louisiana on Friday, where Ida originally made landfall on Aug. 28, and pledged to support communities ravaged by the storm.