A jury found ex-Dallas police officer Amber Guyger guilty of murder in the death of Botham Jean, her 26-year-old neighbor.

Guyger fatally shot Botham in his own apartment, which she said she mistook for hers.

Here's what we know about the case:

The sentencing phase of Amber Guyger's trial has ended for the day.

The hearing will resume tomorrow morning.

Earlier today: Guyger, a former Dallas police officer, was found guilty of murder in the 2018 fatal shooting of Botham Jean.

“I want my brother back,” she said as she watched a video of Botham singing at church.

She put her head in her hands when the prosecutor played two videos of him singing, and she said it’s his voice that makes her miss him.

Findley said she tries to call her family more since Jean's death to check on her mother, father and little brother.

She shared other memories of her brother while she spoke on the stand: She recalled how her brother would call her in the middle of the night when he was in college so she could order a pizza and send it to his dorm room.

And she talked about how on his birthday, he brought her a TV as a housewarming gift for her new home.

Botham Jean's mother and sister, who testified moments ago during the sentencing phase, wore a special color to court today in honor of him.

On the stand, his mother Allison Jean talked about how Botham Jean — the middle child — was "the glue" that brought her three children together. She smiled as she was shown photo of her son.

She also described the day she learned her son had been fatally shot.

"I was in New York with my daughter at 12:13 a.m. on September 7th when she came to inform me that she had gotten a call and that somebody told her that Botham was shot, that he died," she said.

"My life has not been the same," Allison Jean said. "It's just been like a roller coaster."

“I cannot sleep. I cannot eat. It’s just been the most terrible time for me," Allison Jean said.

She said she went back to work in January, “but it’s very, very difficult."

Allison Jean said she's had to "seek counseling" and she is concerned for her younger son, Brandt. "He doesn’t speak much, so I'm not sure what’s going through his mind," she said. 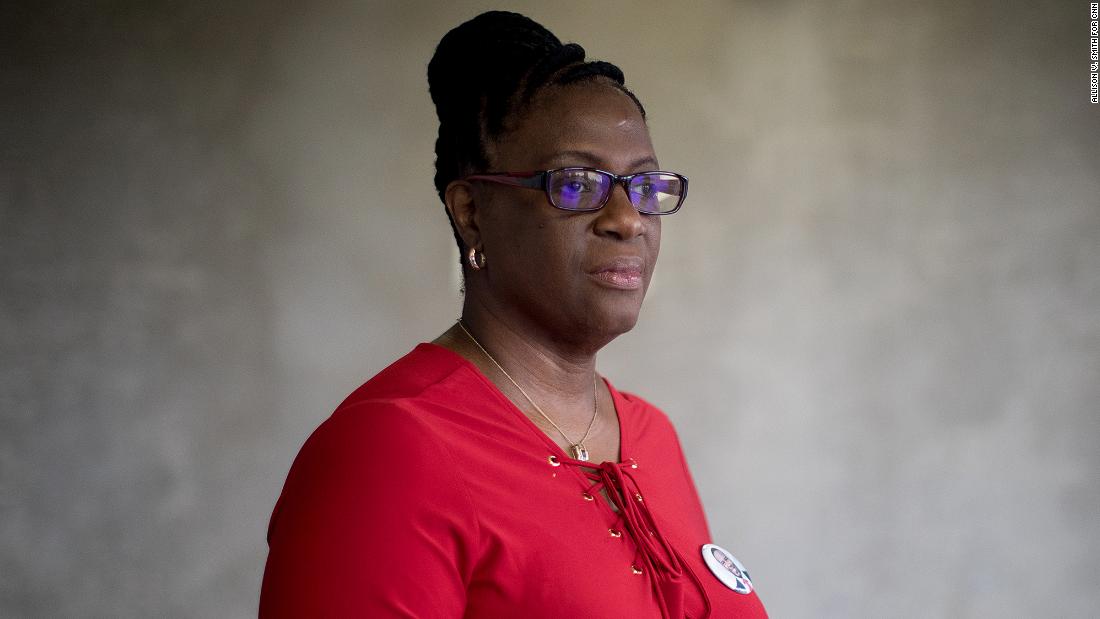 The sentencing portion of Amber Guyer's trial is underway. Earlier today, the former Dallas police officer was found guilty of murder in the death of Botham Jean, her 26-year-old neighbor.

Guyger faces up to life in prison.

After Amber Guyger was found guilty of murder, lawyers for Botham Jean's family spoke outside the courtroom.

S. Lee Merritt called the rare murder conviction against a police officer a "huge victory" not only for the victim's family but also "for black people in America."

"It's a signal that the tide is going to change here," he told reporters. "Police officers are going to be held accountable for their actions and we believe that will begin to change policing culture all over the world."

Another family attorney, Benjamin Crump, cited the names of numerous unarmed African-Americans who have died at the hands of police.

"For so many unarmed black and brown human beings all across America, this verdict is for them," he said.

What happens now: The case heads into its sentencing phase. Guyger, 31, now faces up to life in prison.

The court will likely hear from witnesses this afternoon before Amber Guyger's sentencing. Court will resume at 2 p.m. ET.

Earlier today: Guyger, the former Dallas cop who fatally shot Botham Jean in his own apartment last year, was found guilty of murder.

With the murder conviction, Guyger, 31, now faces up to life in prison.

The jury deliberated less than 24 hours. The verdict followed a trial that has captured national attention and sparked outrage.

The jury had two questions for the court this morning before they reached the verdict, according to attorneys for the Jean family: