Our live coverage has ended for the night. Scroll through the posts to read more about the shooting in Jersey City.

New Jersey Gov. Phil Murphy said in a statement moments ago that his thoughts and prayers are "with the officers shot during this standoff" in Jersey City.

"I have been briefed on the unfolding situation in Jersey City. Our thoughts and prayers are with the men and women of the Jersey City Police Department, especially with the officers shot during this standoff, and with the residents and schoolchildren currently under lockdown. I have every confidence in our law enforcement professionals to ensure the safety of the community and resolve this situation. Today reminds us of their bravery and the sacrifices they, and their families, make for our communities."

Continuous gunshots could be heard in Jersey City for at least 20 seconds prior to 2 p.m. ET.

Authorities are on the scene of an "active shooting situation" in Jersey City, New Jersey, according to Jean Jadezaia, spokesperson for the Hudson County Sheriff’s Office.

Jersey City is less than 5 miles from Manhattan.

No one has been taken into custody. Meanwhile, schools in the area are on lockdown. 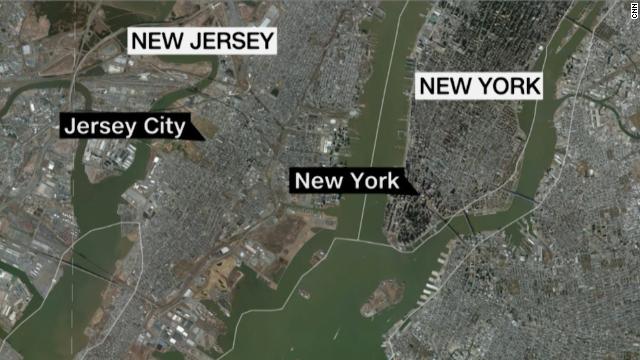 New York Police Department’s Emergency Service Unit is responding to the situation in Jersey City, according to a law enforcement official familiar with the ongoing incident.

Schools in Jersey City are on lockdown "due to police activity" and that "all students and staff are safe," according to a Facebook post on their school district page.

All schools in nearby Bayonne, New Jersey, are "in a shelter in place as a precaution due to police activity and investigation in Jersey city," according to a tweet from the Bayonne Board of Education.

No one is in custody in connection to the “active shooting situation" in Jersey City, according to a law enforcement official.

There is an "active shooting situation" in Jersey City, New Jersey, according to Jean Jadezaia, spokeswoman for the Hudson County Sheriff’s Office.

The ATF of Newark tweeted Tuesday that they have agents responding to "reports of an active shooter."

The New Jersey State PBA also tweeted: "We need a lot of prayers right now for Jersey City officers. Keep all those involved in your thoughts."