President Trump tweeted about the shooting in Aurora on Friday evening, thanking law enforcement for their work and offering a message of solidarity to those affected.

"Great job by law enforcement in Aurora, Illinois," Trump wrote. "Heartfelt condolences to all of the victims and their families. America is with you!"

Former Rep. Gabby Giffords, herself a survivor of a horrific mass shooting, criticized President Trump for refusing to "acknowledge a real crisis when he sees one" and said, "Americans should be able to go to work without fear of being shot. This must stop." 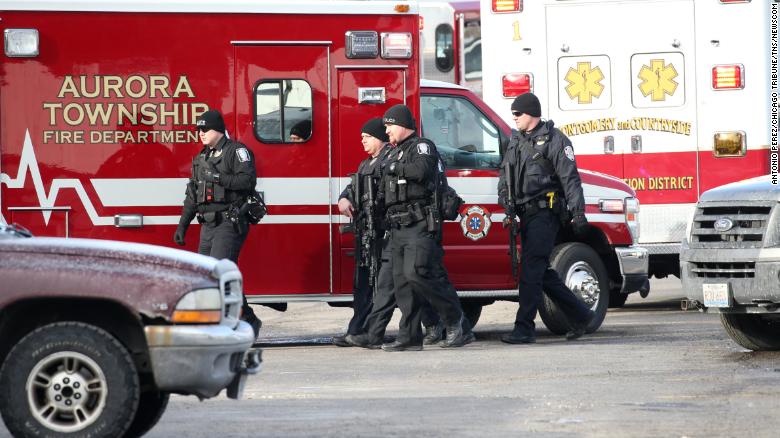 There's been at least one confirmed fatality in this afternoon's shooting at the business in Aurora, Illinois, according to Chris Nelson of the Kane County State's Attorney's Office.

A secretary at a pallet company near the site of the shooting in Aurora said about 8 people found themselves trapped inside as the situation unfolded.

"It's scary," Fanny Cano, a secretary at Diaz Pallets, told CNN earlier. "A police officer came and told us not to go out because it's dangerous," she said. "And a person who was coming to drop off some pallets called us to say to stay inside, there's a shooting outside."

"The police are right outside our door," Cano said. "We use a lot of nail guns here so we didn't notice any gunfire."

Cano said she also got a call from her daughter's school, West Aurora High School, which was on lockdown.

Illinois Lt. Gov. Juliana Stratton noted that today's shooting in Aurora comes just one day after the first anniversary of the deadly shooting at Marjory Stoneman Douglas in Parkland, Florida.

"Gun violence is a #NationalEmergency," she said in a second tweet.

"This is a scary, sad day for all Illinoisans and Americans," she tweeted.

Sen. Dick Durbin, of Illinois, reacted to news of the shooting at the Henry Pratt company on Twitter and said he and his staff are monitoring the situation.

"My heart breaks for Aurora," Durbin wrote. "Thank you to the members of law enforcement who are responding to the emergency." 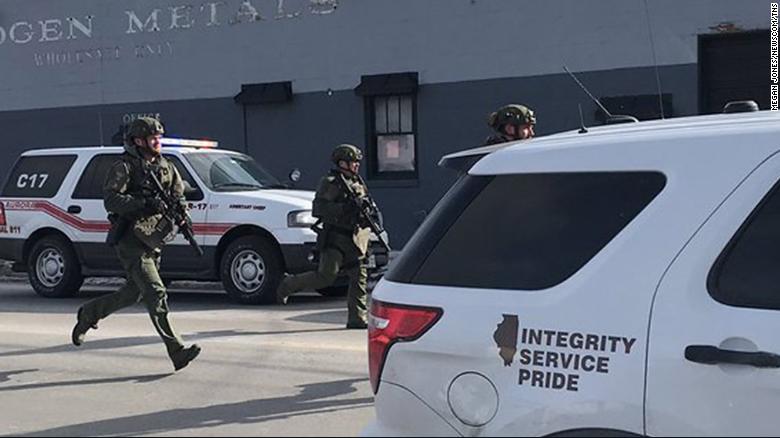 Aurora, Illinois, police will soon hold a news conference to give an update on the shooting at the Henry Pratt Company.

Police did not give an exact time for the briefing.

US Marshals are assisting local authorities in this afternoon's shooting, according to the US Marshals' Deputy Chief of Public Affairs Michelle Coghill.

"Several US Marshals personnel and task force officers are the scene, supporting our local law enforcement partners," Coghill said in a statement.