US President Joe Biden and his wife, First Lady Jill Biden, have offered their condolences to the Queen, the royal family and the United Kingdom, saying they were keeping the Queen and Prince Philip’s children, grandchildren, and great-grandchildren "in our hearts during this time."

On behalf of all the people of the United States, we send our deepest condolences to Her Majesty Queen Elizabeth II, the entire Royal Family, and all the people of the United Kingdom on the death of His Royal Highness Prince Philip, the Duke of Edinburgh.
Over the course of his 99-year life, he saw our world change dramatically and repeatedly. From his service during World War II, to his 73 years alongside the Queen, and his entire life in the public eye — Prince Philip gladly dedicated himself to the people of the UK, the Commonwealth, and to his family.
The impact of his decades of devoted public service is evident in the worthy causes he lifted up as patron, in the environmental efforts he championed, in the members of the Armed Forces that he supported, in the young people he inspired, and so much more. His legacy will live on not only through his family, but in all the charitable endeavors he shaped.

A similar message was posted on the US President's official Twitter feed:

Funeral arrangements for The Duke of Edinburgh are expected to be confirmed by Buckingham Palace on Saturday, April 10, according to a royal source.

CNN understands that plans for royal funerals have been in place for many years, but the ceremonial elements have had to be altered due to current COVID restrictions in the UK.

Earlier on Friday, the College of Arms confirmed that Prince Philip’s funeral will be held at St George's Chapel at Windsor Castle, "in line with custom and with His Royal Highness's wishes."

The College of Arms, which oversees many ceremonial aspects of the royal family's work, said the ceremony would not be a state funeral and would not be preceded by a lying-in-state, which could have seen thousands of members of the public lining up to view Prince Philip's coffin.

The funeral arrangements have been revised, because of the coronavirus pandemic, it added.

In view of the prevailing circumstances arising from the COVID-19 pandemic ... it is regretfully requested that members of the public do not attempt to attend or participate in any of the events that make up the funeral."

Players in the English Premier League will wear black armbands, and "there will be a minute’s silence before kick-off at all Premier League matches ... across the weekend," to mark the death of Prince Philip, the organization has announced.

The Premier League is just one of many UK sports governing bodies and clubs paying tribute to the Duke of Edinburgh on social media on Friday.

The Duke of Edinburgh Award acknowledged the passing of its founder and patron:

Liverpool Football Club announced that it will fly its flags at half-mast as a mark of respect.

The Welsh Rugby Union tweeted that Prince Philip's legacy of public service was "a lasting one."

The England and Wales Cricket Board tweeted: "We owe him a great debt for his support and passion over many decades.”

David Cameron said in a statement:

He showed true dedication to our country, with unstinting service stretching back to his courageous naval duty in the Second World War. He has been a huge part of our national life since long before most of us were born.
It was an honour and privilege as Prime Minister to see up close what a powerful advocate the Duke was for the causes he believed in.
He leaves an incredible legacy, having supported so many British charities, institutions and good causes, not least pioneering his very own Duke of Edinburgh award scheme, which millions of young people have participated in and benefited from all over the world since 1956.

Tony Blair said in a statement:

Our whole nation will be united in sadness at the passing of Prince Philip. He will naturally be most recognised as a remarkable and steadfast support to the Queen over so many years. However, he should also be remembered and celebrated in his own right as a man of foresight, determination and courage.
He was often way ahead of his time in protection of the environment, in reconciliation between religious faiths and of course in the creation of the Duke of Edinburgh’s Award, which remains one of the most innovative and effective programmes for the betterment of young people anywhere in the world.
My condolences and prayers and those of my family are with Her Majesty the Queen and all the Royal Family.

It is impossible to exaggerate the role that HRH the Duke of Edinburgh has played in his lifetime of service to the Monarchy and to the United Kingdom. A distinguished naval officer, he was – for over seventy years – the ballast to our Ship of State.
Modest to the core, and hating any kind of fuss or bother, he epitomised the British spirit and remained true to himself right up to the very end.
The outpouring of affection and sadness that will follow his loss would both surprise and embarrass him, but it will be real and heartfelt.
Our hearts go out to HM the Queen – and all members of the Royal Family – who have lost a much beloved husband, father, grandfather and great-grandfather.

While primarily known for his marriage to the Queen, Prince Philip was an extraordinary figure in his own right. He was born into the turmoil of inter-war Europe and became a naval officer, who was decorated for heroism in World War II.

Philip's life was dramatic from the outset. The nephew of Greece's King Constantine I, the Prince of Greece and Denmark was born in 1921 on the dining room table of a villa on the Greek island of Corfu.

He was forced into exile just 18 months later, when the Greek monarchy was overthrown by a military revolt. His family's experience shaped Philip's later desire to modernize the British royal family, in the hope that they would seem more relevant to the Queen's subjects. 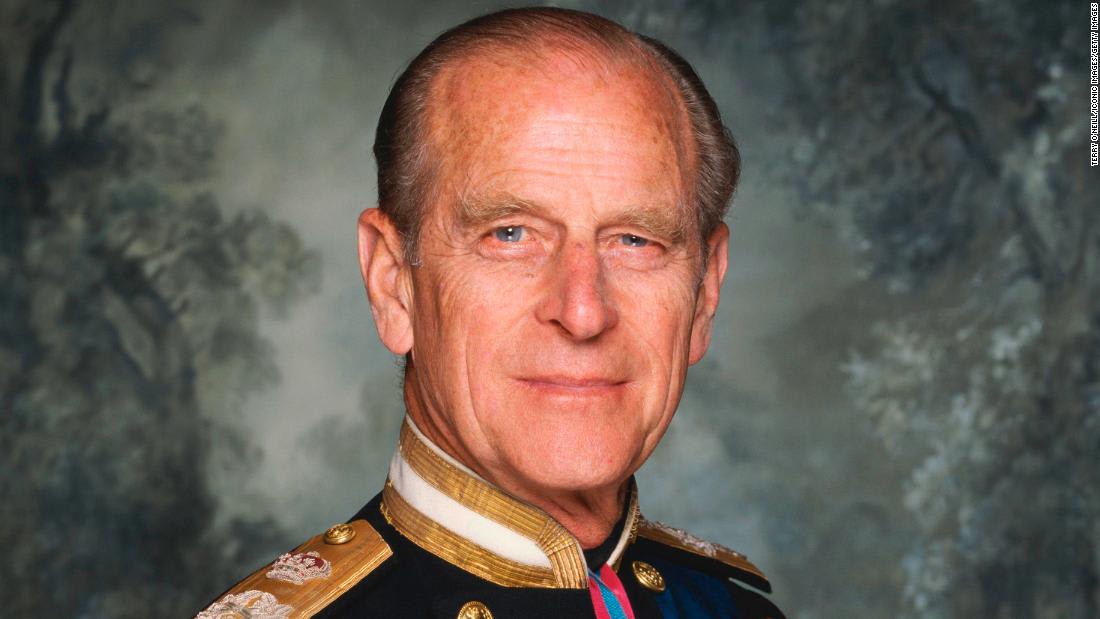 Prince Philip was "his own man," Sally Bedell Smith, who has written biographies about Queen Elizabeth and Prince Charles, told CNN's Poppy Harlow and Jim Sciutto.

"He had a really independent mind, and he was a modernizer," she said.

"By the '80s, he had written nine books. He was the first person in the royal family to use television. He did a television documentary. He persuaded the Queen in 1957 to televise her annual Christmas message. And he even taught her how to use a teleprompter. He was the first member of the royal family to use a computer … He picked up the phone, but also wrote all his own emails. He wrote his speeches. He was a man of searching intellect, great curiosity,” Bedell Smith said.

"He had a very quick wit. And I think people often misinterpreted that as gaffes," Bedell Smith said. She shared a memory of him in 2015 ribbing her as "desperate" for having written biographies of Queen Elizabeth and Prince Charles.

Bedell Smith also discussed the close relationship between the Queen and Prince Philip, explaining that he would "watch her like a laser" at events.

"He never kept her out of his sight, and he would, if he saw somebody — a little kid in particular — who was having trouble seeing the Queen or getting close to her, I saw him literally pick up a child and put him in front of the barricade so the Queen could say hello," she said.

A good friend of the family once told Bedell Smith that there was always a "laugh around the corner" between the couple. "They shared many duties, but they also shared … a great sense of humor," she said.

The most famous family on earth is mourning the loss of its patriarch.

Prince Philip, the husband of British monarch Queen Elizabeth II, has died, Buckingham Palace announced on Friday. He was 99.

The Duke of Edinburgh -- who married the then-Princess Elizabeth in 1947 -- was the longest-serving consort in British history.

He will be remembered for his charitable work, his dedication to public service and, of course, his mischievous and controversial sense of humor.

Phillip once jokingly referred to himself as "the world's most experienced plaque unveiler."

But as a child born into the turmoil of interwar Europe, and a naval officer decorated for heroism during World War II, the Duke of Edinburgh was an extraordinary figure in his own right. 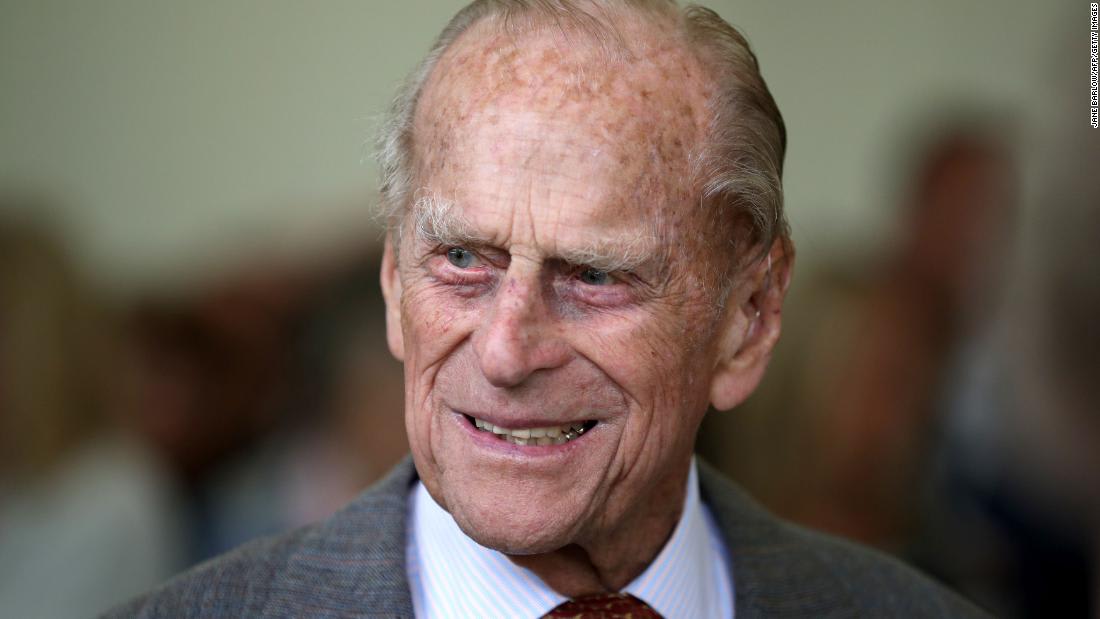 British Members of Parliament will pay tribute to Prince Philip in a special session on Monday, April 12, the House of Commons announced via its Twitter account on Friday.

The account tweeted a message of sympathy to the Royal Family, along with a statement from the Speaker of the House of Commons, Sir Lindsay Hoyle:

A number of elections are scheduled to take place across the UK on May 6 -- including some which were postponed from May last year as a result of the coronavirus pandemic.

Following news of Prince Philip's death on Friday, many political parties announced they would suspend campaigning for the day, as a sign of respect.