Our live coverage has ended. You can read more CNN coverage of this story here.

On Tuesday, Truss will formally become the UK's new prime minister. Until then, you can read more CNN coverage of this story here.

Liz Truss, the next prime minister of the United Kingdom, is a political chameleon who has gone from a radical who called for the abolition of the monarchy to a flag-bearer of the Euroskeptic right wing of the Conservative Party.

Truss, who was only elected to parliament in 2010, has – in a relatively short period of time – established herself as a political force of nature who pursues her agenda with relentless vigor and unequivocal enthusiasm.

But after a decades-long transformation that has seen her personal views change enormously, many will be asking what exactly Britain’s new leader stands for.

Many who have observed her over the years question whether she has any sincere beliefs at all, or if she simply endorses whatever is the most convenient at the time.

To say that Truss, 47, has been on a political journey would be an understatement. She was born in 1975 into a family that she herself has described as “to the left of Labour,” Britain’s main left-wing party. She grew up in parts of the UK that didn’t traditionally vote Conservative, moving between Scotland and the north of England.

In contrast with her privately educated cabinet colleagues, Truss went to a state school in the Yorkshire city of Leeds, and later won a place at Oxford University. There she was an active member of the Liberal Democrats, a centrist opposition party that has long been an effective opponent to the Conservatives in large parts of England.

During her time as a Liberal Democrat, Truss supported the legalization of cannabis and the abolition of the royal family – positions that are at total odds with what most would consider to be mainstream Conservatism in 2022.

“I honestly think she was playing to the gallery back then, whether she was talking about decriminalizing drugs or abolishing the monarchy,” Neil Fawcett, a Liberal Democrat councilor who campaigned with Truss in the 1990s, told CNN. “I think she is someone who plays to the gallery with whatever audience she is talking to, and I genuinely don’t know if she ever believes anything she says, then or now.” 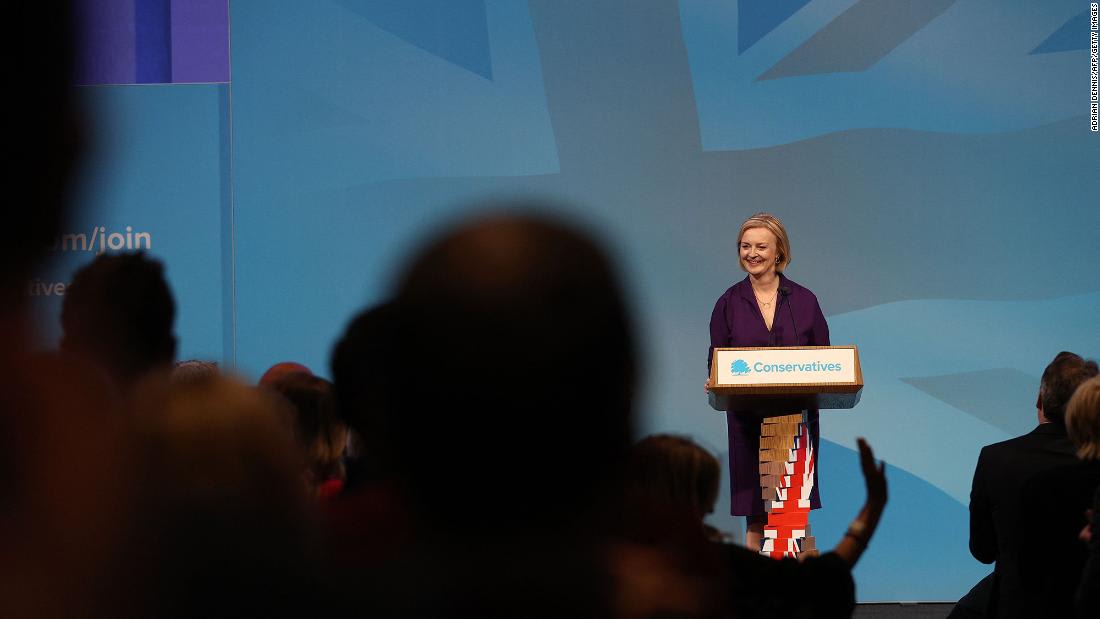 During her campaign to claim the Conservative Party leadership, Liz Truss pushed to win the hearts of about 160,000 right-wing Brits.

And it was a task she leaned into, taking several opportunities to make slights towards political figures at the other end of the political spectrum — frequently to the cheers of her audiences.

But on Tuesday, Truss will become Britain’s prime minister and the newest G7 leader. And some of her comments on the campaign trail may make for awkward encounters.

Truss caused controversy when she said “the jury’s out” on whether French President Emmanuel Macron is a “friend or foe” to the United Kingdom. “If I become Prime Minister, I’ll judge him on deeds not words,” she added.

Britain and France have long been close allies on the world stage. Their relationship has been strained in recent years, particularly over the increase in migrants crossing the English Channel, but it was a remarkable move for an incoming British leader — and the sitting foreign secretary — to imply France might be a “foe” towards the UK.

It was a stir that Boris Johnson — hardly renowned for his own history of diplomacy — felt the need to clean up, telling reporters that Macron was a “tres bon buddy” of the UK and insisting that British-French relations have been “very good.”

“Britain is a friend of France; a strong ally, no matter its leaders — and sometimes despite its leaders, or the small mistakes they can make while speaking in public,” Macron responded when asked about Truss’s comments.

Truss was less keen to comment on whether former US President Donald Trump was a friend or foe, saying at her final hustings event on Sunday that she wouldn’t discuss “future potential presidential runners.” At the same event, she said of China’s President Xi Jinping: “I am not going to use the word foe, but what I will say is I am concerned about China’s assertiveness,” according to PA Media.

The new British PM has also taken aim at the leaders of the UK’s nations, with whom she will be required to work on devolution and power-sharing agreements. She called Welsh First Minister Mark Drakeford a “low-energy version of Jeremy Corbyn,” the former Labour leader, during a hustings event last month — and said Scottish leader Nicola Sturgeon is “an attention seeker.”

Those comments could risk alienating voters in Scotland, where Sturgeon has pushed for an independence referendum, and Wales, where the Conservatives are battling to regain seats they won in the 2019 general election.

“Congratulations to Liz Truss. Our political differences are deep, but I will seek to build a good working relationship with her as I did with last 3 PMs,” Sturgeon wrote on Twitter after Truss’s win. “She must now freeze energy bills for people & businesses, deliver more cash support, and increase funding for public services.”

Following his loss in the final Conservative leadership ballot, former finance minister Rishi Sunak tweeted his support for Liz Truss, who will become the UK's new prime minister on Tuesday.

Johnson was forced to resign in July after months of controversy and was the first UK premier in history found to have broken the law in office during the so-called Partygate scandal.

He tweeted saying Truss has the right plans to tackle the cost of living crisis and unite Britain's Tory party.

Conservative MPs are acutely aware that Liz Truss needs to get on with tackling Britain's cost-of-living crisis as soon as possible.

One even suggested that if she doesn’t, her premiership could “all come crashing down within 48 hours.”

The UK is currently experiencing double-digit inflation. At the same time, food and energy prices are increasing by thousands of pounds.

Truss has not specifically outlined what she is going to do to help ordinary citizens beyond offering tax cuts that barely scratch the surface.

Many MPs are concerned that Truss seems to not really understand the severity of the issue, and that if she doesn’t act fast enough, the public will make up its mind on Truss and the Conservative party before her government is even up and running.

Liz Truss has won the Conservative Party leadership contest, but she'll have to wait until Tuesday to formally become prime minister.

Truss and outgoing leader Boris Johnson will travel to Balmoral in Scotland tomorrow in order to meet with Queen Elizabeth II, as per Britain's unwritten constitution.

The Queen must formally approve the formation of a new government led by Truss. Normally, these meetings would take place quickly at Buckingham Palace, which is a short distance from 10 Downing Street, but the 96-year-old monarch will stay at her Scottish residence this time.

A royal source told CNN that decision was made to avoid last-minute alternative arrangements should the Queen experience any episodic mobility issues.

Once those formalities are finished, Truss will head back to London and arrive in Downing Street. She will announce her new Cabinet, which is likely to include many of her supporters during the contest.

Then, on Wednesday, Truss will face Prime Minister's Questions for the first time.

Conservatives who supported both Liz Truss and her rival Rishi Sunak are privately admitting that Truss’s victory margin was smaller than expected.

It had been predicted by many that her margin of win would be larger than the 18 percentage points announced on Monday afternoon.

What could this mean for her leadership?

It could mean that she cannot run roughshod over her MPs. Truss could find that she has to accommodate a wider range of views from her party, which could mean embracing Sunak’s ideas for helping Britons with the cost-of-living crisis and a less aggressive approach to tax cuts – especially corporation tax.

Many Conservative MPs are privately very worried that Truss’s modern-day Thatcherism could cost them the next election and will be leaping on the surprisingly low margin of victory to encourage the next PM to soften her economic stance.

"After 12 years of the Tories all we have to show for it is low wages, high prices, and a Tory cost of living crisis," Starmer said.

He will face Truss in Parliament for the first time later this week, with his party currently topping the government in opinion polls.