One of the big questions is still, what does Boris Johnson's Brexit plan look like exactly? For now, it's best to "expect the unexpected," a senior EU source told CNN.

There is still no draft text agreement for a Brexit deal, the source added.

“We didn’t get the text of an agreement between UK and the commission. We know Brexit is on the agenda. We should expect the unexpected,” they said.
“Maybe we will have a deal or maybe not."

If there is a deal, there will "be a legally operable solution avoiding a hard border in Ireland, maintaining all-island economy and preserving the integrity of the single market," said the source.

"Ambassadors were assured by our chief negotiator that things are on track and those principles will be respected," they added. 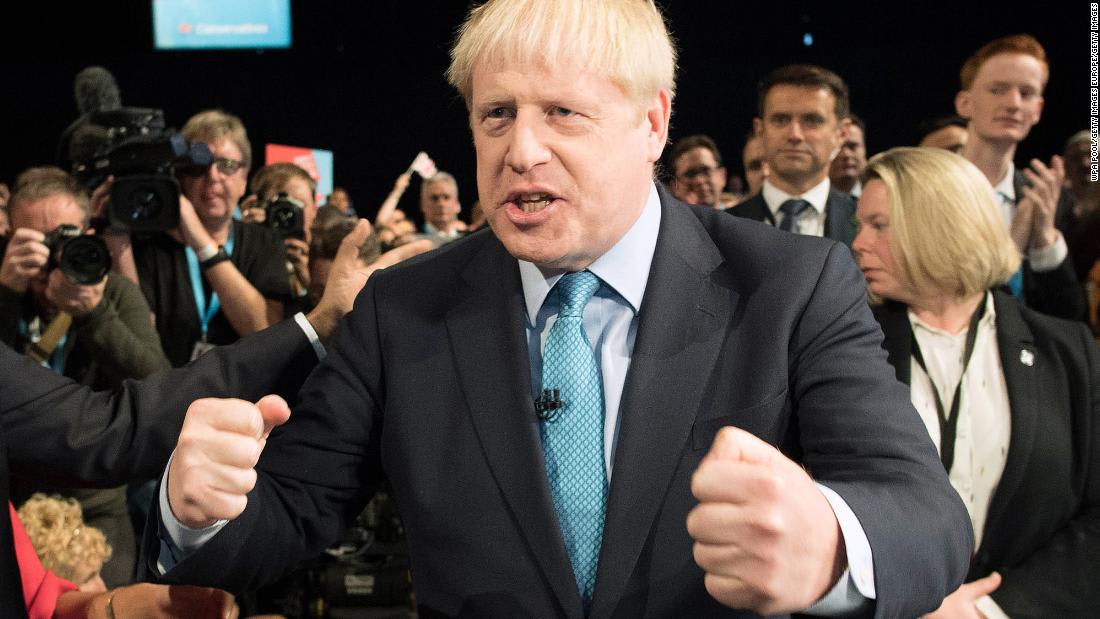 What's happening with Brexit? Seriously... no one really knows

European Union diplomats in Brussels were waiting for further developments in London Thursday morning after Northern Ireland's Democratic Unionist Party said they were still not on board with Boris Johnson's proposed draft Brexit withdrawal deal.

Referencing the current impasse with the DUP, one EU diplomat told CNN:

"Well with DUP trouble it seems that for now not much is happening. Our main concern is that [British Prime Minister Boris Johnson] turns out to be Theresa May 2.0,” the EU diplomat said, referring to the fact that the previous prime minister had actually secured a deal with the EU but was unable to get it through parliament.

“And then what?” the diplomat added.

Asked specifically on VAT – which the DUP referred to in a Thursday statement as a sticking point – the EU diplomat said:

"VAT [is] still [a] problem. How do we prevent fraud? If there’s no checks and [Northern Ireland] is outside EU territory then we have two issues.”

If you read some of the British papers Thursday morning, you'd get the impression that British Prime Minister Boris Johnson was on the precipice of a major Brexit breakthrough.

"In sight of the summit," said the Daily Mail. "Brexit is like the Shawshank Redemption...but now we can see the light," said the Telegraph.

But as we've come to expect from Brexit, a few hours can make a big difference.

Shortly before Johnson was set to arrive in Brussels, Northern Ireland's DUP said it couldn't support his plan. It's a set back for the Prime Minister who needs the DUP's support in parliament to get any deal through.

Ahead of Thursday's summit, negotiators had agreed the broad outlines of Johnson's plan -- including, according to UK media, the thorny issues of customs, with a dual track customs regime for Northern Ireland.

But difficulties remain over sales tax, or VAT, as it is known.

A senior UK government source told CNN Thursday that talks are ongoing between the EU and UK over a potential Brexit deal.

"Outstanding issues" remain, said the source, specifically naming VAT.
When asked if just VAT, the UK government source said: “I wouldn’t put it in that way. You have to view any ‘deal’ in its entirety.”

Another busy week in Brexit negotiations reaches its crunch point on Thursday. Late-night talks were held between British and EU officials Tuesday and Wednesday that appeared to show progress ahead of Thursday's two-day summit.

But just hours before Boris Johnson was set to arrive in Brussels, Northern Ireland's DUP -- which is crucial to the Prime Minister's support -- dealt his plan a set back, saying that it couldn't support it.

Behind the scenes, EU and UK teams are continuing to talk. European Commission President Jean-Claude Juncker spoke with British Prime Minister Boris Johnson shortly before he was set to arrive in Brussels Thursday.

Just hours before British Prime Minister Boris Johnson was set to travel to Brussels for a crucial two-day summit, his Brexit plan was dealt a setback by Northern Ireland's Democratic Union Party (DUP).

"As things stand, we could not support what is being suggested on customs and consent issues and there is a lack of clarity on VAT," the party's leaders said in a statement.
"We will continue to work with the Government to try and get a sensible deal that works for Northern Ireland and protects the economic and constitutional integrity of the United Kingdom."

The DUP's support is seen as crucial to getting parliamentary approval for Johnson's deal. Without it, it appears unlikely that parliament will sit on Saturday, as previously planned.

Meanwhile, the clock is ticking. The October 31 deadline for exiting the EU is now just 14 days away.