UK Prime Minister Boris Johnson has conceded publicly for the first time that he will not deliver on his “do or die” promise that the UK will exit the European Union on October 31.

It’s yet another concession Johnson has had to make, after he did the very thing he said he’d rather be “dead in a ditch” than do: request an extension to article 50.

Johnson told lawmakers tonight that if they backed a general election on December 12th, they’d be allowed more time to scrutinize his Brexit deal. The announcement came just before lawmakers approved the Queen’s Speech — which set out the government’s legislative agenda for this parliamentary session.

Under normal circumstances Johnson would be celebrating, given his agenda was approved without a parliamentary majority. But, instead of popping open the champagne and getting ready to crack on with governing, Johnson is gearing up for an early general election.

Our live coverage is done for the night, but read Luke McGee's analysis of the day's events below. 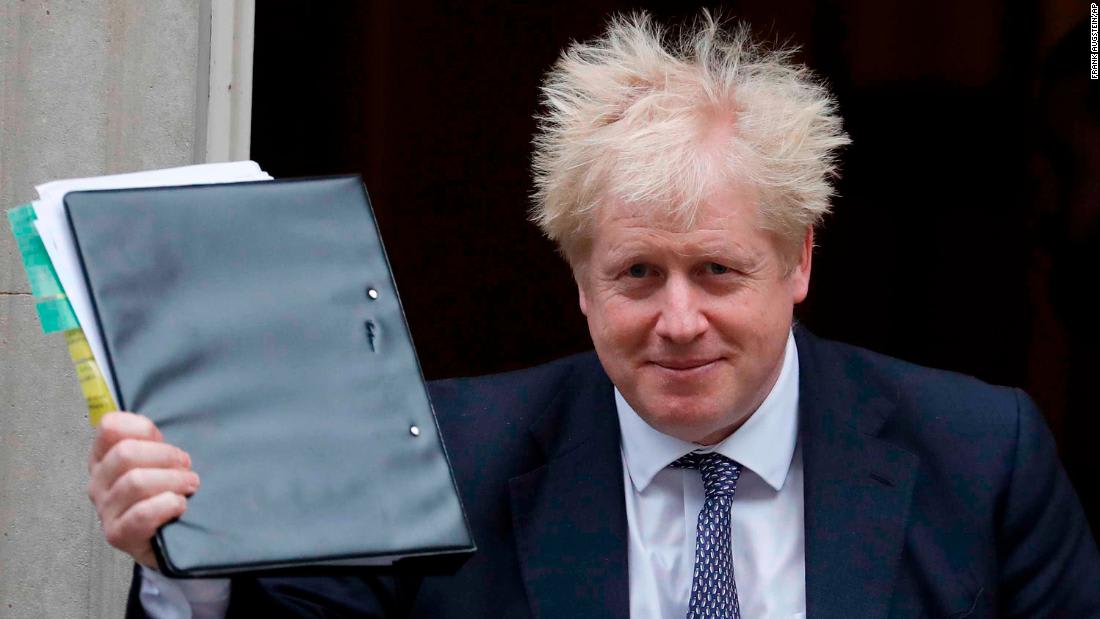 European Commission President Jean-Claude Juncker delivered a frank speech in Brussels, where he expressed regret over not intervening during the United Kingdom's referendum campaign.

"David Cameron asked me not to intervene in the referendum campaign because he said the European Commission is even less popular on the islands than on the continent," Juncker said during a speech at the European Policy Centre think tank.

“That was a major mistake, a major error: I should have intervened, because nobody was denying, contesting the lies Boris Johnson and others were spreading around," he said.

On a more positive note, Juncker revealed that Brexit could have "split Europe forever. But it did not -- unity has prevailed."

"To the surprise of many we have not fallen apart, quite the reverse. In short, when put to the test, as we have been over the last five years, the resilience and strength of the Union has shone through.”

None of the main opposition parties have committed yet to backing the government's motion for early elections, and it is unclear whether Johnson will have the votes to get it over the line.

Labour lawmaker Ian Lucas rejected Johnson's demand for a snap poll, saying it was "not in the national interest."

"What makes sense now is to discuss the Withdrawal Bill in a 3 month extension period, have the various votes and make the decisions. To have a General Election now is not in the national interest," Lucas wrote.

Green Party MP Caroline Lucas tweeted the Johnson was "trying to have his cake and eat it."

"A General Election will not resolve Brexit, and it must not happen until No Deal is properly secured and until people have had a final say," she wrote.

Scottish First Minister Nicola Sturgeon said Johnson was dangling an election to get his "own way."

"So Johnson appears to be saying to MPs ‘if you vote for an election, I’ll bring back my bad Brexit bill and try to drag us out of the EU before we go to the polls’," Sturgeon tweeted.

"Elections should be exercises in letting voters decide, not devices for charlatans to get their own way."

"Our priority remains delivering a final say referendum, rather than an election, as the clearest way to end the Brexit chaos," Price said. "If his gamble fails on Monday, the Prime Minister has no option but to resign."

A senior EU diplomat has told CNN that an early election "might make things easier" for the Brexit deal that has been agreed between the UK and Europe.

"In some ways it might make things easier (for the deal) because the polls show he would get a strong majority and more power to get the agreement through Parliament without having to rely on people like the DUP," the diplomat said, referring to the Northern Irish party that was allied with Johnson until they fell out over the terms of the Prime Minister's new Brexit deal.

The diplomat added that the EU needs to help Johnson "believe the best way of winning that election would be with the deal he has, rather than with no deal."

Chairman of the Conservative Party, James Cleverly, has tweeted that the government's offer is a chance to see whether opposition parties "were being honest."

Here's more from Johnson's interview with the BBC -- the Prime Minister said that in the event that the EU accepts another Brexit delay, the "way to get Brexit done" would be to grant Parliament more time to scrutinize his Brexit deal in exchange for an agreement to hold elections in December.

"I"m afraid it looks as though our EU friends are going to respond to Parliament's request by having an extension which I really don't want at all," Johnson said.
"So, the way to get this done -- the way to get Brexit done -- is I think, to be reasonable with Parliament and say if they genuinely want more time to study this excellent deal they can have it -- but they have to agree to a general election December the 12th.

Johnson said an election was "the only way forward," after Parliament has been "going on for a long time without a majority."

The Prime Minister lost his working majority in Parliament in September after sacking rebels who voted against him to seize control of the Parliamentary agenda.

As a result, Johnson said it had become "impossible to deliver legislation."

"It's time, frankly, that the opposition summoned up the nerve to submit themselves to the judgement of our collective boss -- which is the people of the UK," he added.

To secure a vote on a general election, Johnson will need Labour's support, and under the Fixed Terms Parliaments Act, two-thirds of MPs must back a vote on an early poll.

Johnson's call for an election comes as the EU appears set to approve Britain's request for a Brexit delay until the end of January 2020.

Moments after Parliament approved the Queen's Speech, Leader of the House Jacob Rees-Mogg told the Commons that the government would table a motion for an early election on Monday.

In response, Labour's Valerie Vaz -- the Shadow Leader of the House -- told Parliament that the Labour would only back an election once a no-deal Brexit was ruled out.

The EU is still discussing whether or not to grant the Brexit extension that Boris Johnson was forced to request last weekend.

Lawmakers have approved the Queen’s Speech, which lays out the government’s legislative agenda.

Queen Elizabeth II set out the government’s agenda in a speech on October 14th.

This vote was the first chance lawmakers have had to express views on Johnson’s proposed legislative program. The speech set out 26 bills that the government wants to introduce, including bills on domestic abuse, pensions, healthcare, the environment, animal welfare and Brexit.

Parliament is now voting on whether to approve or reject the Queen’s Speech, which sets out Prime Minister Johnson’s legislative agenda.

It is rare for a vote like this to fail. The last time a Queen’s Speech was rejected was in 1924.