The wraps are finally off the world’s first hotel private jet and, mercifully for everyone else on board, there’s no honeymoon suite.

Otherwise the Boeing 757 kitted out by the luxury Four Seasons brand promises to deliver the full fancy hotel experience at 30,000 feet.

The Toronto-based luxury accommodation company has just released the first images and a video showing the interior of the retrofitted single-aisle aircraft.

With a decor it says is inspired by “caviar and champagne,” the plane features 52 flatbed seats in handcrafted leather, handwoven woolen carpets and fancy tableware.

On the outside the aircraft is rendered in a glossy black livery with the Four Seasons logo emblazoned on the tail fin.

Chef Kerry Sear says guests should experience the same level of service as they do in a Four Seasons hotel – albeit with no need for an in-room minibar.

“The only real difference is that occasionally we have to do a little juggling when there’s turbulence!”

The service is now taking bookings for round-the-world trips in 2016.

First up is a 24-day, nine-destination jaunt that starts in Los Angeles and ends in London.

The cost is $132,000 per person and includes stops – with accommodation at Four Seasons hotels – include Hawaii, Bora Bora, Sydney, Bali, northern Thailand, Mumbai and Istanbul.

No word on whether that price tag includes a cure for jet lag.

Four Seasons Private Jet Revealed: An Inside Look at Luxury in the Sky 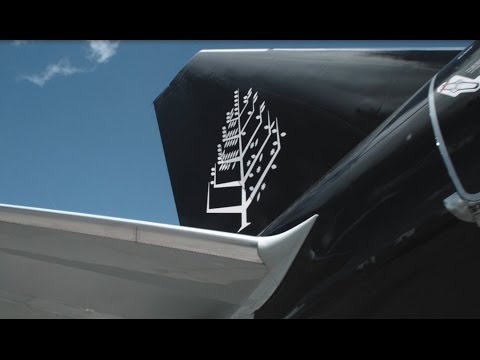