By Pavlo Fedykovych, CNN
Updated 9:04 AM EST, Mon March 4, 2019
Link Copied!
The Duga radar: Deep in the forests of northern Ukraine lies the Duga radar, a huge and mysterious Soviet installation built at the height of the Cold War.
Taken/Pixabay
Top secret: Although it's now widely known about, it was a closely guarded secret during its years of operation.
StudioKlick/Pixabay
Gigantic structure: Even those aware of its presence are still struck by the sheer scale of it, says Yaroslav Yemelianenko, director of Chernobyl Tour, which conducts trips to the Duga.
Taken/Pixabay
In plain sight: On Soviet maps, the Duga radar was marked as a children's camp (there's even a bizarre bus stop on the road to one facility decorated with a bear mascot from the 1980 Summer Olympics in Moscow).
Clay Gilliland/Flickr
Advance warning: The Duga's exact purpose is not fully understood, but it is believed to have been used to eavesdrop on the United States to detect long-range missile launches.
Taken/Pixabay
Over the horizon: The Duga supposedly used short radio waves capable of traveling thousands of kilometers using a technique called "over-the-horizon" radiolocation to detect the exhaust flames of launching missiles.
StudioKlick/Pixabay
Chernobyl Nuclear Power Plant: Some believe its location near to the ill-dated Chernobyl reactor was due to its huge power consumption.
Sergei Supinsky/AFP/Getty Images
Conspiracy theories: Western media headlines speculated the radar was built as part of mind or weather control experiments.
Wendelin_Jacober/Pixabay
Russian woodpecker: The radar was known by some as the "Russian Woodpecker" due to the pecking sounds that appeared on radio waves when it was in operation.
Wendelin_Jacober/Pixabay
Taken tech: Equipment and technology associated with the radar was either ransacked or returned to Russia after the collapse of the Soviet Union.
Jorge Franganillo/Wikicommons

The peaceful untouched forest north of Ukraine’s capital, Kiev, is a perfect spot to enjoy the outdoors – save for one fact.

It contains the radiation-contaminated Chernobyl Exclusion Zone, established in 1986 after the world’s worst nuclear disaster sent a wave of radiation fallout across Europe.

Since 2011 it’s been a major draw for adventurous tourists, but the forests here conceal another legacy of the Cold War, with a far more sinister and mysterious reputation.

Though once a closely guarded secret, this immense structure can be seen for miles around, rearing up through the mist over the horizon – a surreal sight.

From a distance, it appears to be a gigantic wall. On close inspection, it’s an enormous, dilapidated structure made up of hundreds of huge antennas and turbines.

The Duga radar (which translates as “The Arc”) was once one of the most powerful military facilities in the Soviet Union’s communist empire.

It still stands a towering 150 meters (492 feet) high and stretches almost 700 meters in length. But, left to rot in the radioactive winds of Chernobyl, it’s now in a sad state of industrial decay.

Anyone exploring the undergrowth at its feet will stumble upon neglected vehicles, steel barrels, broken electronic devices and metallic rubbish, the remainders of the hasty evacuation shortly after the nuclear disaster.

The purpose of the "Russian Woodpecker" is still not fully understood.
Wendelin_Jacober/Pixabay

For decades, the Duga has stood in the middle of nowhere with no one to witness its slow demise. Since 2013, visitors exploring the Chernobyl Exclusion Zone have been permitted access to the radar installation as part of a guided group.

Even those aware of its presence are still struck by the sheer scale of it, says Yaroslav Yemelianenko, director of Chernobyl Tour, which conducts trips to the Duga.

“Tourists are overwhelmed by the enormous size of the installation and its aesthetic high-tech beauty,” he tells CNN Travel. “No one expects that it is that big.

“They feel very sorry that it’s semi-ruined and is under threat of total destruction,” he adds.

Even decades after the collapse of the Soviet Union, the story behind the Duga still poses more questions than answers, its true purpose not fully understood.

The antenna was used to bounce signals off the Earth's ionosphere.
Taken/Pixabay

Construction of the Duga began in 1972 when Soviet scientists looking for ways to mitigate long-range missile threats came up with the idea of building a huge over-the-horizon-radar, that would bounce signals off the ionosphere to peer over the Earth’s curvature.

Despite the gigantic scale of the project, it transpired the scientists lacked full understanding of how the ionosphere works – unwittingly dooming it to failure before it was even built.

Some of what we know today about the Duga – also known as Chernobyl-2 – comes from Volodymyr Musiyets, a former commander of the radar complex.

“The Chernobyl-2 object, as a part of the anti-missile and anti-space defense of the Soviet military, was created with a sole purpose,” he told the Ukrainian newspaper Fakty, “to detect the nuclear attack on the USSR in the first two-three minutes after the launch of the ballistic missiles.”

The Duga radar was only a signal receiver, the transmitting center was built some 60 kilometers away in a town called Lubech-1, now also abandoned.

These top-secret facilities were protected with extensive security measures.

The radar was buried deep in a forest, with fake signs disguising its presence.
Clay Gilliland/Flickr

To confuse their “enemies,” Soviet command often designated such installations with numbers or fake identities.

On Soviet maps, the Duga radar was marked as a children’s camp (there’s even a bizarre bus stop on the road to one facility decorated with a bear mascot from the 1980 Summer Olympics in Moscow.

Legend has it that Phil Donahue, one of the first US journalists to be granted access to Chernobyl after the disaster, asked his official guide about the surreal sight of the Duga on the horizon and was told it was an unfinished hotel.

When it was in operation, according to Musiyets, the Duga supposedly used short radio waves capable of traveling thousands of kilometers using a technique called “over-the-horizon” radiolocation to detect the exhaust flames of launching missiles.

In 1976 the world heard for the first time the eerie woodpecker-like repetitive pulse coming from the transmitters.

The radar, like the nearby Chernobyl Nuclear Power Plant, are now tourist attractions.
Sergei Supinsky/AFP/Getty Images

Amid growing fears of nuclear war some claimed that the low-frequency “Russian signal” could change human behavior and destroy brain cells.

Such wild speculations were further fueled by the Soviet Union’s denial of the very existence of the radar – it was a children’s camp after all.

While it’s highly unlikely that Duga was used as a mind control weapon directed at Americans, its true purpose and the important details of its functioning are covered in mystery.

Was there a connection to the nearby Chernobyl Nuclear Power Plant? It’s speculated that the doomed facility was built in the particular area in order to provide the enormous radar with energy.

Supporters of this idea point out that the Duga radar cost the Soviet Union twice as much as the power plant, despite its questionable military capabilities.

A Sundance-awarded 2015 documentary “Russian Woodpecker” goes deep into this theory following Ukrainian artist Fedor Alexandrovich’s investigation into the causes of the Chernobyl tragedy, with the Duga radar playing a role at the core of the conspiracy. 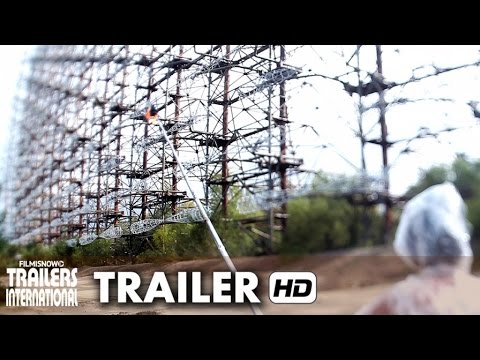 The explosion at Chernobyl on April 26, 1986 was the beginning of the end for the Duga array. The complex was closed due to the radiation contamination and its workers evacuated – the silence only broken by the sound of crackling geiger counters tracking radiation.

Due to the Duga’s top-secret status, all the documents about its operation were either destroyed or archived in Moscow, a state of things that continues to the present day. The antenna’s vital components transported to Moscow or spirited away by looters.

In the chaos that followed the collapse of the Soviet Union, the radar’s fate was entrenched by its location in the middle of the Chernobyl Exclusion Zone, sealed off from the public for more than two decades.

The Chernobyl catastrophe impacted the lives of thousands of innocent people, covered the whole continent in radiation and led to death and decay.

Much of the Duga's technology has been ransacked or taken back to Russia.
Jorge Franganillo/Wikicommons

Enduring fascination for the incident and the Cold War, perhaps some of it inspired by recent diplomatic strains between East and West, have meant no shortage of people wanting to explore such forsaken relics.

“Many people have heard about it,” says Yemelianenko. “Mostly they like [the radar] because their personal life story is in some ways connected with the history of the Cold War.

“Some people were engaged in these events … They would like to witness [Duga] with their own eyes,” he says, adding that most of visitors are from the United States, aged from 30 to 60.

Yemelianenko, among a group of Ukrainian tourism professionals working to get the Exclusion Zone inscribed on UNESCO’s World Heritage list, adds that many visitors to the Exclusion Zone claim that seeing the Duga is the highlight of their trip.

So, while the sinister woodpecker sound may have departed the radio waves, the Duga continues to transmit its eerie presence across the abandoned landscape.

The Soviet Union may have gone forever but its ghosts still haunt Ukraine.