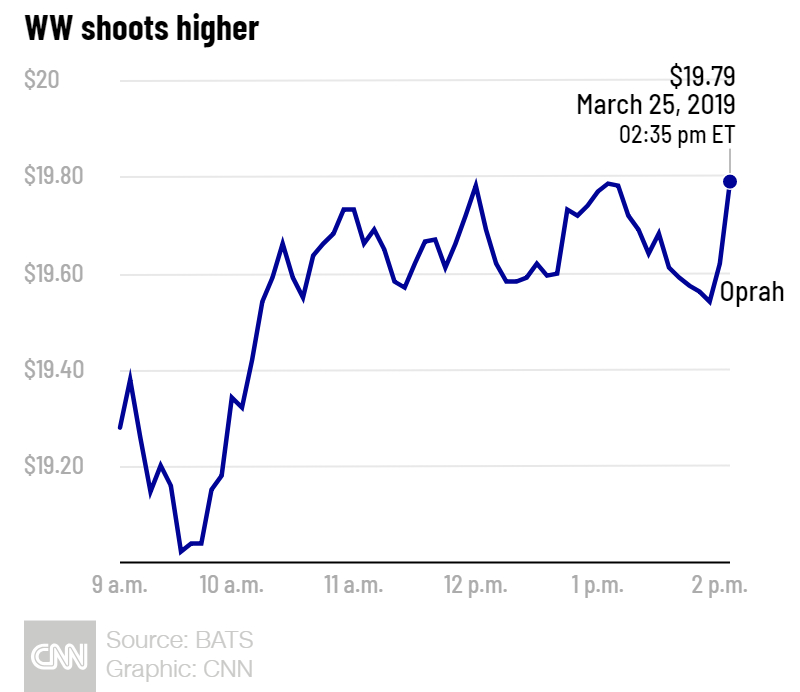 What does WW have in common with Apple? Oprah.

WW, formerly known as Weight Watchers, hired Oprah as its spokeswoman in 2015. Apple (AAPL) just hired her to produce documentaries and host a book club on Apple's platform.

WW's (WTW) stock shot up about 1% the moment Oprah took the stage.

Oprah owns a little more than 8% of WW.

It's possible that high-speed trading machines were responsible for the spike in WW's stock. Shares came back down to earth minutes after Oprah started speaking. 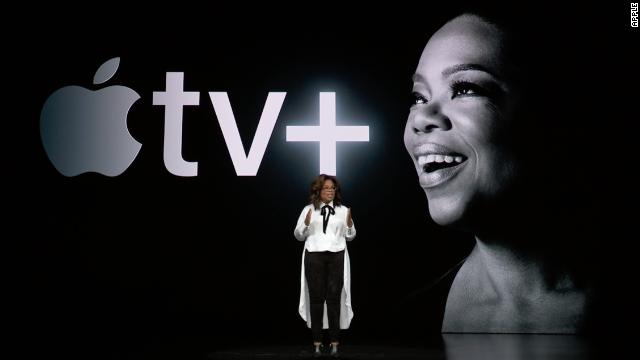 Oprah appeared on stage to cap off Apple's press event telling the crowd "there's never been a moment like this one."

We all crave connection," she said. "We search for common ground."

Oprah said that she "joined in order to serve this moment," and that the apple platform allows her to do what she does in a whole new way.

Oprah announced that she has two documentaries in the works. One documentary called "Toxic Labor" while the other is a yet unnamed documentary.

"All connected to Appppppple!" Oprah said, wrapping up the event.

"Thank you, I will never forget this," Cook said while hugging Oprah.

Apple's event on Monday didn't feel like a normal "one more thing" Apple (AAPL) event that ends with a brand new innovative iPhone, but instead felt like a TV upfront.

A TV upfront, for the some of you who may not know, is a network's presentation of its new slate of shows to entice advertisers before the TV season. TV networks bring out talent, talk in wonky language about the series and it's all generally awkward.

Monday's Apple event was basically the same thing. Apple brought out Steven Spielberg, Reese Witherspoon, Jennifer Aniston and J.J. Abrams to talk about their upcoming series like "Amazing Stories" and "The Morning Show."

But instead of talking to advertisers, Apple and talent were talking to reporters in the room and viewers watching at home.

One big difference from the TV upfronts: Apple didn't show much in the way of trailers. It was more of a spoken-word trailer. 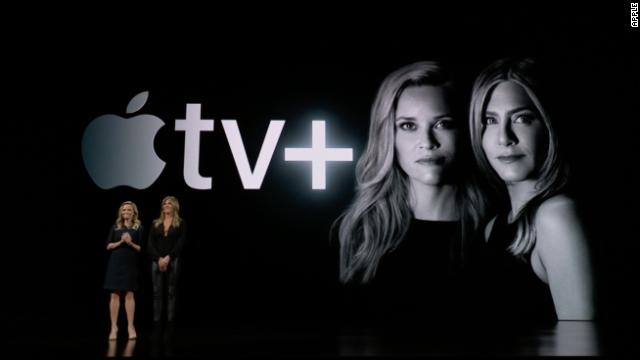 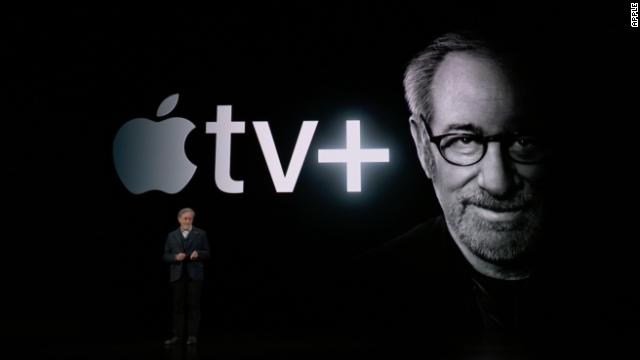 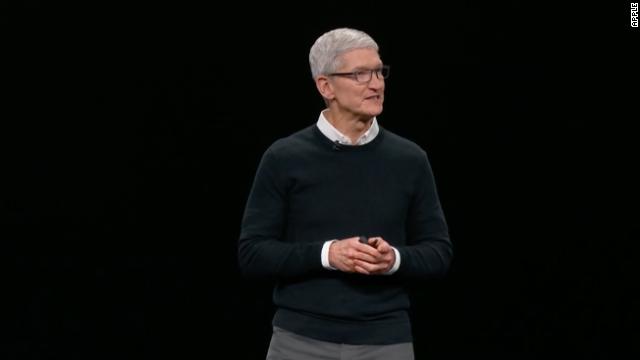 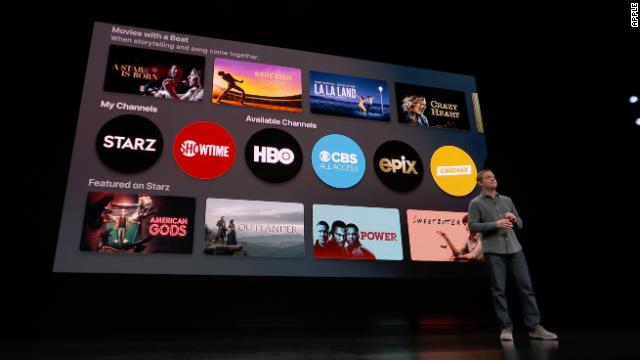