Our live coverage for the day has ended. Follow the latest World Cup news here or read through the updates below.

It was an incredible match.

Spain had expectedly dominated the ball in the first half, keeping Japan on the chase and then, striker Alvaro Morata had secured the opening goal for Spain early in the match too.

But Japan stood up a phenomenal campaign against La Furia Roja getting two goals one after the other in the 48th and 51st minutes. Spain was just unable to reply throughout the second half.

The Blue Samurai's triumphant advance to the Round of 16 atop Group E is especially spectacular give the stats: the team only had possession of the ball for less than 20% of the entire match, and lesser attempted shots at the Spanish goal too.

Spain also squeaked through to the knockout round as Costa Rica failed to defeat Germany.

Correction: An earlier version of this post misstated the nickname of Spain's team. It is La Furia Roja. 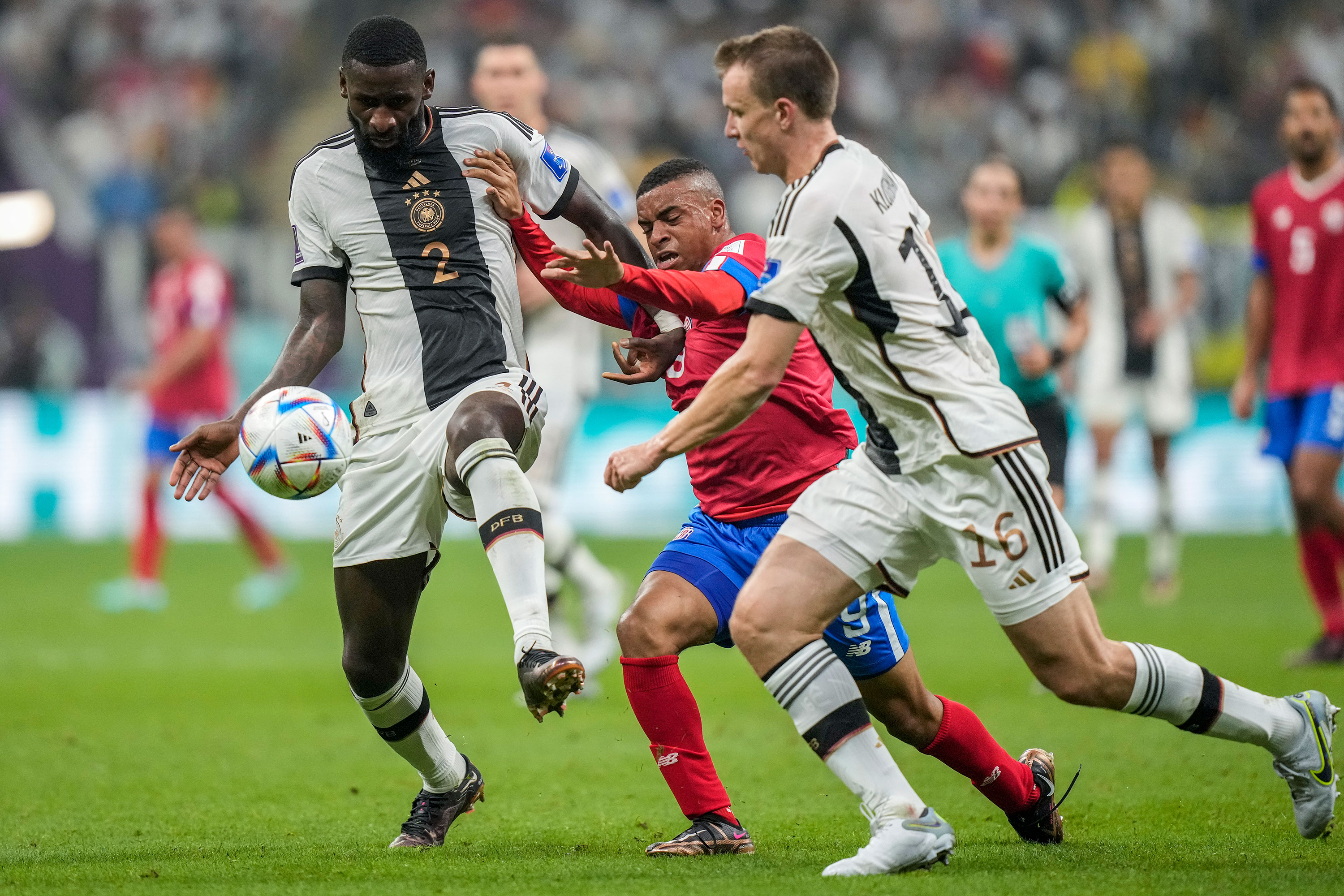 We have a final at Al Bayt Stadium, with Germany winning 4-2.

The Germans roared back in the second half and scored two late goals for a commanding victory. But to no avail.

Ultimately, the action determining whether Germany could advance to the Round of 16 was taking place in the other Group E match, where Japan defeated Spain 2-1, assuring both those teams will advance.

Germany has scored again, making it 4-2 late against Costa Rica.

But the Germans can't do much to control their fate. They need Spain to mount a comeback against Japan. Spain trails 2-1 in stoppage time.

Germany is back ahead, leading Costa Rica 3-2 late in the second half.

Kai Havertz scored the goal off of a cross from midfielder Serge Gnabry in the 85th minute.

It was Havertz's second goal of the night – and positioned Germany to at least have a shot at advancing to the Round of 16.

It would need help from Spain, though, and Japan is still ahead 2-1 late in the other Group E match.

Costa Rica has scored again and taken a 2-1 lead over Germany at Al Bayt Stadium.

Defender Juan Pablo Vargas found the net amid a scrum near the goal.

Germany and Spain are on the brink of elimination, as an improbable sequence of events plays out in Group E.

Costa Rica has tied up its match with Germany at 1-1 with a goal from Yeltsin Tejeda.

The midfielder pounced on a deflection from goalkeeper Manuel Neuer and drove the ball into the net in the 58th minute.

It was Tejeda's first international goal.

Japan has a stunned with a swift second goal against Spain. Ao Tanaka helped capture the lead for the Blue Samurai in the 53rd minute of play.

At first, quick suspense followed because it was unclear if the ball was over the line — and hence out of play — before the goal happened, but it was allowed after a video assistant referee (VAR) review.

The tables have turned, and now it is Spain's turn to even the score.

Japan has just scored its equalizer against Spain, and the team is still very much in the game, vying to go to the knockouts.