Our live coverage has ended. Scroll through the posts below to read about today's White House press briefing. 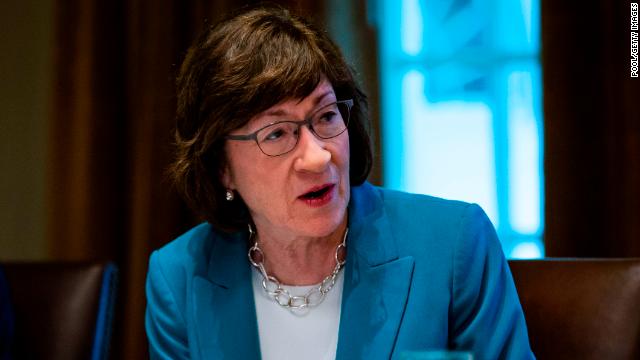 "I think it’s unwise because generally recently retired national security officials have a lot to contribute," she said.

Collins said Brennan has been “far too political in his statements.” But she added "unless there was a disclosure of classified information of which I’m unaware, I don’t see the grounds for revoking his security clearance.” 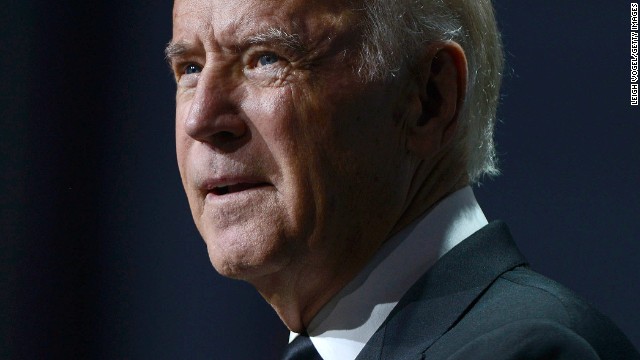 "If you think it will silence John, then you just don't know the man," Biden tweeted.

What happened: Earlier today, White House press secretary Sarah Sanders read a statement from the President regarding his decision to revoke Brennan's security clearance. In the statement, Trump accused Brennan of lying and said the former CIA director's "recent conduct characterized by increasingly frenzied commentary is wholly inconsistent with access to the nation's most closely held secrets."

The White House provided no evidence that Brennan has misused his security clearance since leaving government.

While Brennan has been a vocal critic of the President since Trump took office -- calling him unfit to serve -- he is well-regarded by both Republicans and Democrats as a seasoned national security expert. 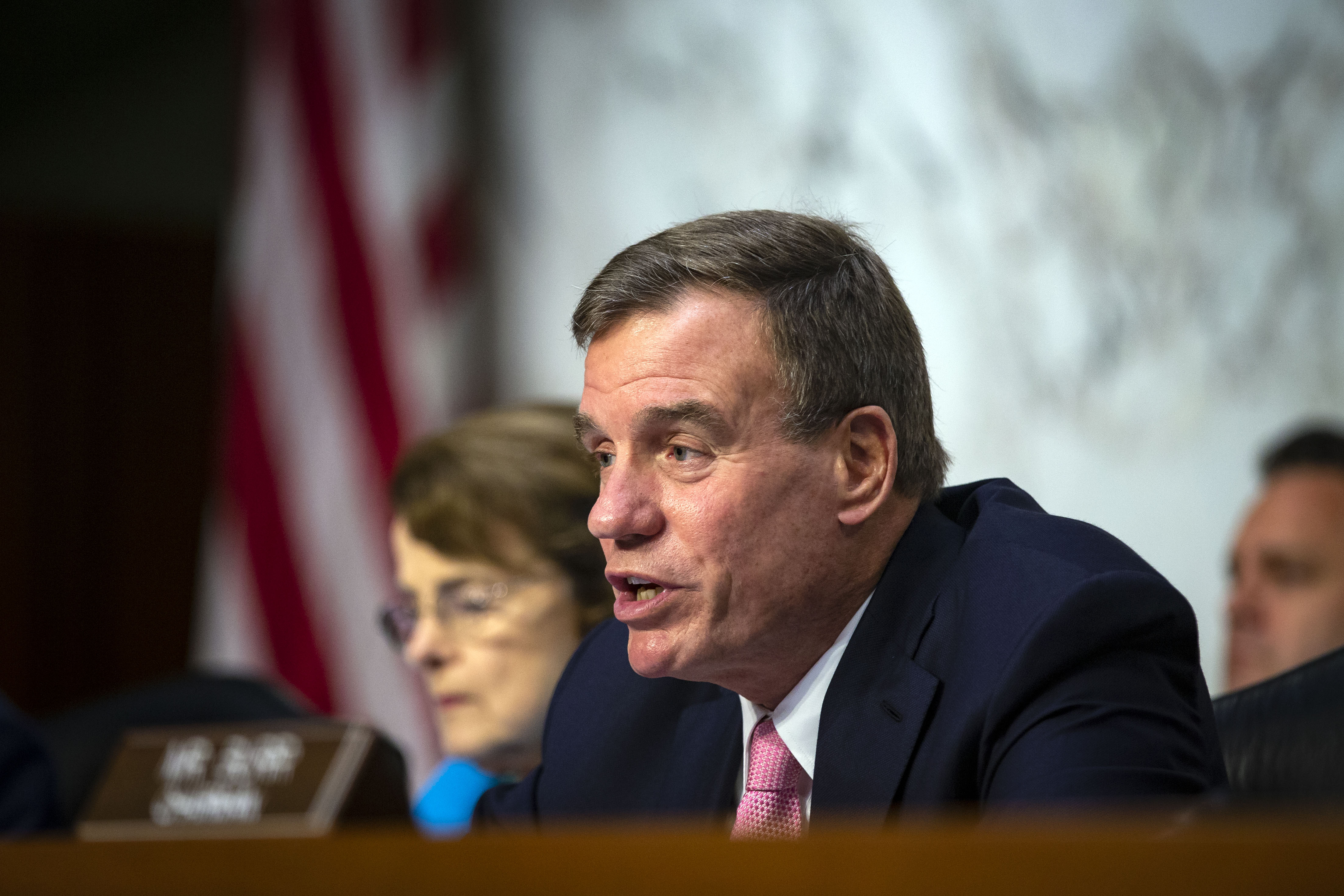 Sen. Mark Warner, ranking member in the Senate Intelligence Committee, said revoking former CIA Director John Brennan’s clearance is an effort to “distract” the American public and called it an “eerie memory of an enemy’s list."

He said Trump's action “smacks of Nixonian types of practices.”

When asked what he will do to push back, Warner said he would begin talks with senators from both parties, calling it “unchartered territory” and they would try to stop this from being a “normal practice."

Warner said he wouldn't be surprised if the White House tries to strip special counsel Robert Mueller's team of its security clearances.

Former CIA Director John Brennan just responded on Twitter to the announcement that President Trump had stripped him of his security clearance, saying the President is trying to suppress freedom of speech and punish critics.

"It should gravely worry all Americans, including intelligence professionals, about the cost of speaking out," he tweeted.

She said Trump was looking at stripping their security clearances, and announced that the President had also revoked former CIA Director John Brennan's clearances. 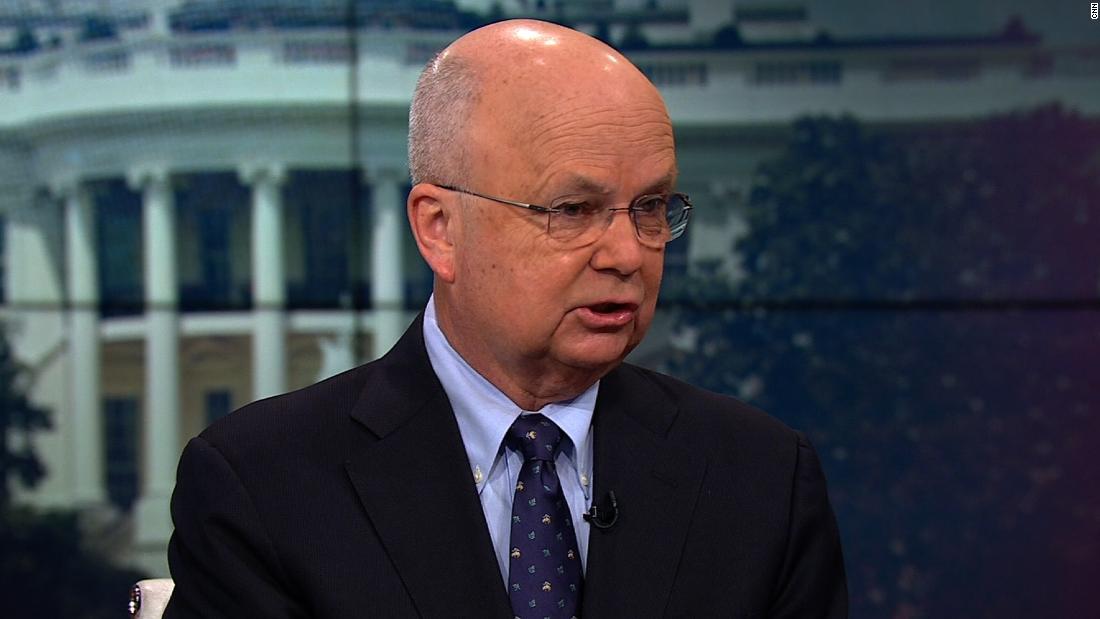 If I were to lose my clearance, it would have a marginal impact on the work I do. For example I am on the proxy board of an American subsidiary of an Irish company to ensure that in doing its work it respects the classification rules of the United States.
If my memory is correct, I visited the agency once to get a background briefing on Africa about nine years ago. All my other visits were either to attend a ceremony, at the request of the agency or to research my book (every word of which had to be cleared by CIA and NSA).
With regard to the implied threat today that I could lose my clearance, that will have no impact on what I think, say or write. 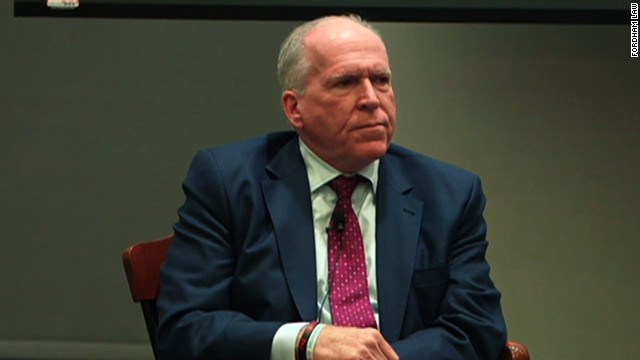 Here's what you need to know about him: 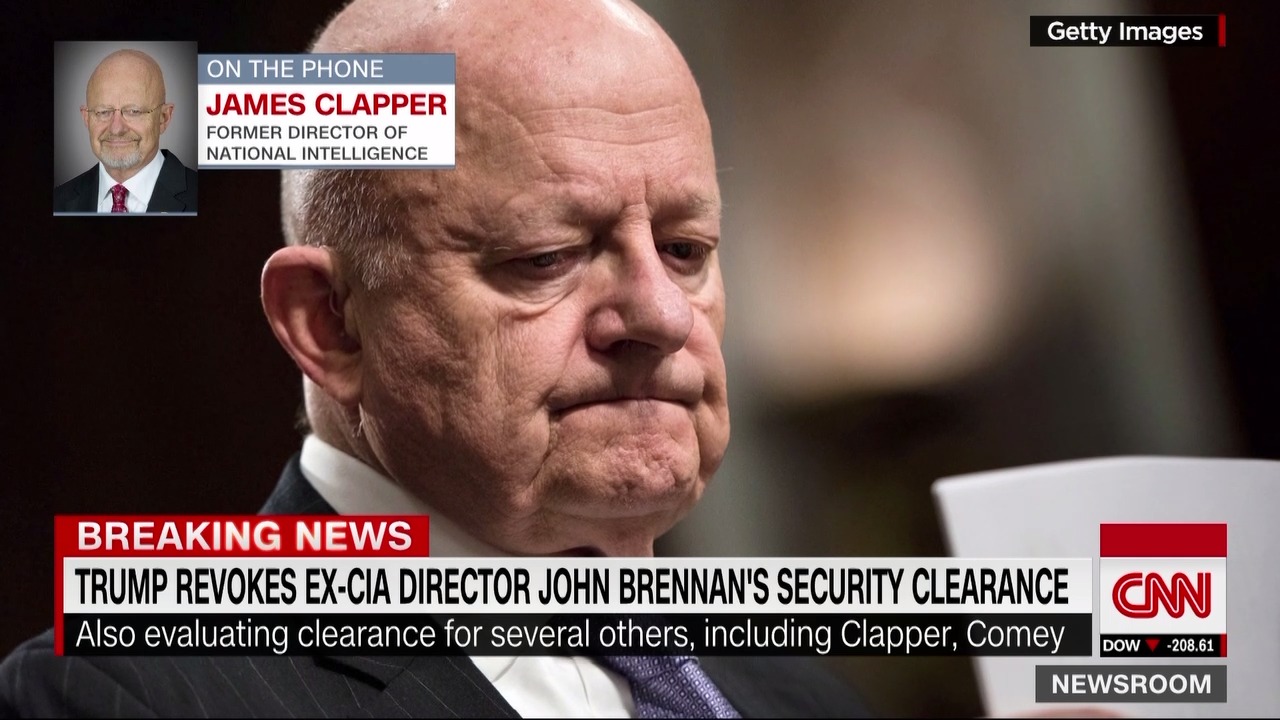 Former Director of National Intelligence James Clapper just called into CNN to react to the news that President Trump had revoked former CIA chief John Brennan's security clearance -- and he may lose his soon, too.

He said that while he hasn't had any access to current intelligence since leaving the government in January 2017, he has consulted with certain senior members of the current administration. He said he wouldn't name them "for their own protection."

But as for the implications of Trump's act, Clapper said it was more of a First Amendment issue than anything else:

"So will the republic stand or fall on whether John [Brennan] retains his access to classified information, or mine or any others that were named? Of course not. The larger issue here, to me, throughout has been an infringement of First Amendment rights. And I think people ought to think seriously about that."