Many Senate Republicans said today that they haven’t read the whistleblower complaint yet. Others said the complaint doesn't change things and raises "more questions than answers."

Here's what they told reporters about the complaint:

President Trump called the person who gave the whistleblower information “close to a spy” and added the US handled spies differently "in the old days when we were smart with spies and treason," according to a report from The New York Times.

Trump reportedly made the comments this morning to a group of staff from the United States Mission to the United Nations.

“I want to know who’s the person who gave the whistleblower the information because that’s close to a spy,” Mr. Trump said, according to the New York Times. “You know what we used to do in the old days when we were smart with spies and treason, right? We used to handle it a little differently than we do now.”

Trump's comments "stunned" many people listening, the Times reported. Others in the room laughed.

In the complaint, the whistleblower acknowledged he or she did not have first-hand knowledge of most of the events described.

Earlier today, The acting director of national intelligence just testified on Capitol Hill and said the President never asked for the identity of the whistleblower.

The acting spy chief, however, did not speak to the identity for the person who provided the whistleblower with information.

He did not provide many details on timing but said Democrats will continue to work through the two-week congressional recess that starts next week.

“It’s hard to imagine a more serious set of allegations than those contained in the complaint,” Schiff said after the committee’s hearing with Acting Director of National Intelligence Joseph Maguire. “At the end of the day, what is alleged in this whistleblower complaint goes to the very heart of the President’s oath of office."

Asked about potential witnesses for the committee to interview , Schiff told CNN he's “not going to get into specific investigative steps at this point.”

“We’re going to move as expeditiously as possible,” he told reporters. “We will be working to conduct this as quickly as possible.”

President Trump said that he watched “a little bit” of Congressional testimony with acting Director of National Intelligence Joseph Maguire today aboard Air Force One.

Maguire testified this morning before the House Intelligence Committee about a whistleblower complaint and his handling of the complaint.

What Maguire told lawmakers: Maguire said the whistleblower's complaint centered around a phone call between President Trump and a foreign leader — a kind of conversation that is "typically subject to executive privilege." That's why he didn't release it earlier.

Maguire also said he believes both the whistleblower who filed the complaint against President Trump and the inspector general who handled it "acted in good faith." 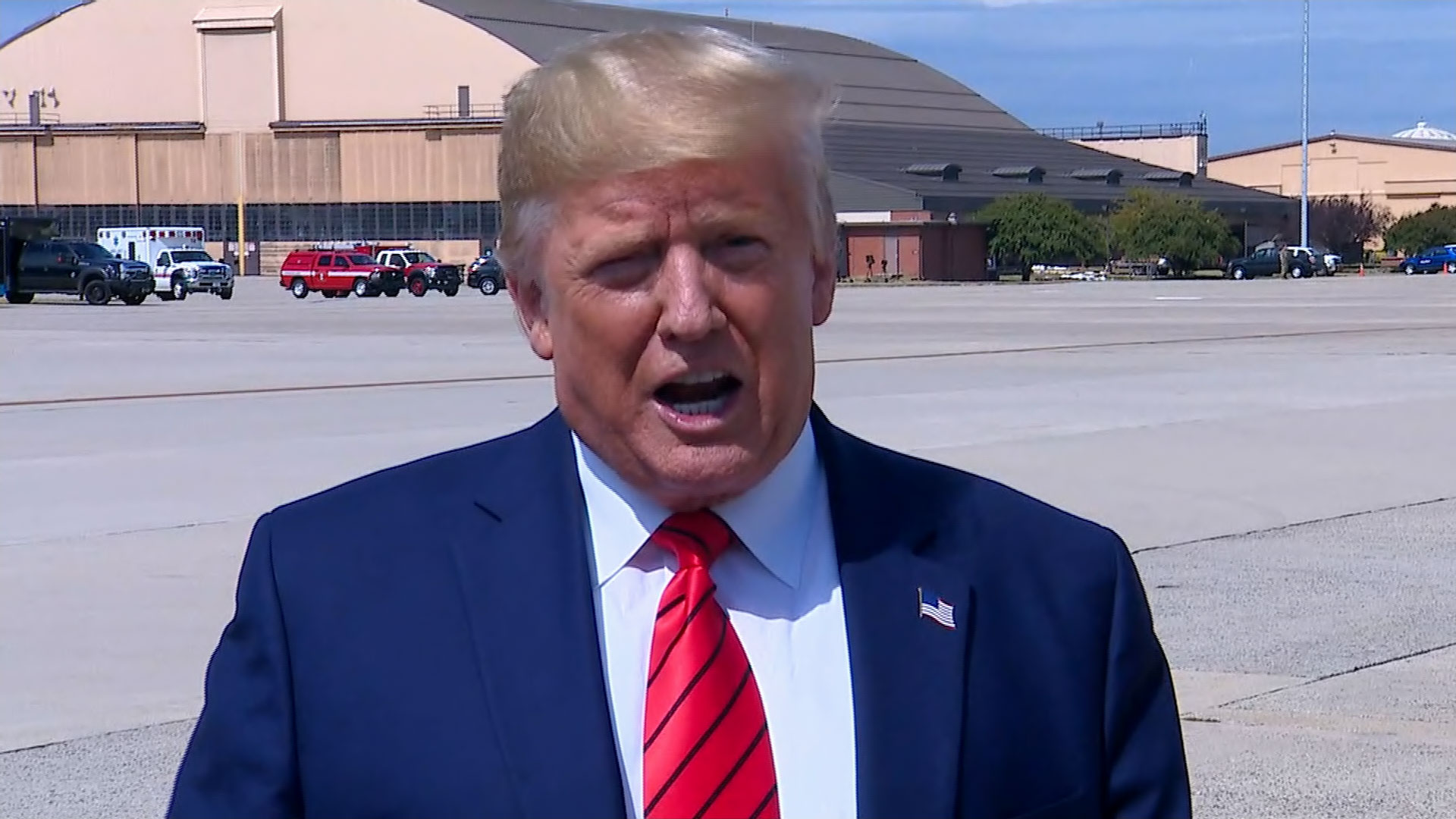 President Trump accused Democrats of "making up stories" because he said they know "they're going to lose the election."

"It's Adam Schiff and his crew making up stories," Trump said, referencing the chairman of the House Intelligence Committee. The acting director of national intelligence just testified in front of the committee. (Read about the key moments here.)

Trump added: "They're going to lose the election, they know it, that's why they're doing it."

The President continued to rail against Democrats:

"What these guys are doing, Democrats are doing to this country is a disgrace, and it shouldn't be allowed. There should be a way of stopping it"

Secretary of State Mike Pompeo said he has not yet read the full whistleblower complaint but said that to the best of his knowledge, “each of the actions that were undertaken by State Department officials was entirely appropriate."

"To the best of my knowledge, from what I’ve seen so far, each of the actions that were undertaken by State Department officials was entirely appropriate, and consistent with the objective that we’ve had, certainly since this new government has come into office," he told reporters.

Pompeo continued: "We have tried to use this opportunity to create a better relationship between the United States and Ukraine to build on the opportunities to, tighten our relationship to help end corruption in Ukraine. This is what President Zelensky ran on."

Some context: The whistleblower complaint states that US officials were concerned with President Trump's private lawyer Rudy Giuliani and his contacts with Ukrainian officials. The whistleblower alleges the US officials believed Giuliani was a conduit for messages between the President and officials in Kyiv and that he was at the helm of a problematic "circumvention of national security decisionmaking processes."

Rep. Adam Schiff, the chair of the House Intelligence Committee, said there is a "number of potential crimes" when a president asks a for help in an election.

A whistleblower alleged that President Trump abused his official powers "to solicit interference" from Ukraine in the upcoming 2020 election. The whistleblower's complaint was released this morning.

"I think there are any number of potential crimes when a president is soliciting for an assistance again in another presidential election," Schiff said.

Rep. Adam Schiff, speaking to reporters moments after the House Intelligence Committee hearing, said the whistleblower complaint shows that "there were efforts made to conceal this scheme."

"It's hard to imagine a more serious set of allegations than those contained in the complaint," Schiff said.

Schiff, who chairs the committee, said he is concerned about the breakdown of the whistleblower system.

He continued: "The conflict of interest is all too apparent, all too palpable. It is indeed a minor miracle that we got the complaint at all and that we got the transcript at all. At the end of the day."

Schiff was asked by reporters to respond to the tweet, he said, "I'm always flattered when I'm attacked by someone of the President's character."