Virginia's three top politicians -- all Democrats -- are consumed by scandals.

Our live coverage has ended for the night. Scroll through the posts below to read more or follow CNN Politics.

Lamont Bagby, the chair of the Virginia Legislative Black Caucus, tells CNN that his group wants an investigation into Virginia Lt. Gov. Justin Fairfax, but they won't conduct it.

"I don't think it's our role, but we are anxious to see what an investigation gets us," Bagby said.

Fairfax has been accused by a college professor of sexual assault.

Many Democrats have called for an investigation into Fairfax for what they view as a credible allegation made against him but have stopped short of calling for a resignation. Vanessa Tyson said Wednesday that Fairfax sexually assaulted her at the 2004 Democratic National Convention in Boston. Fairfax has vehemently denied the allegation.

Listen to it on CNN and subscribe on iTunes 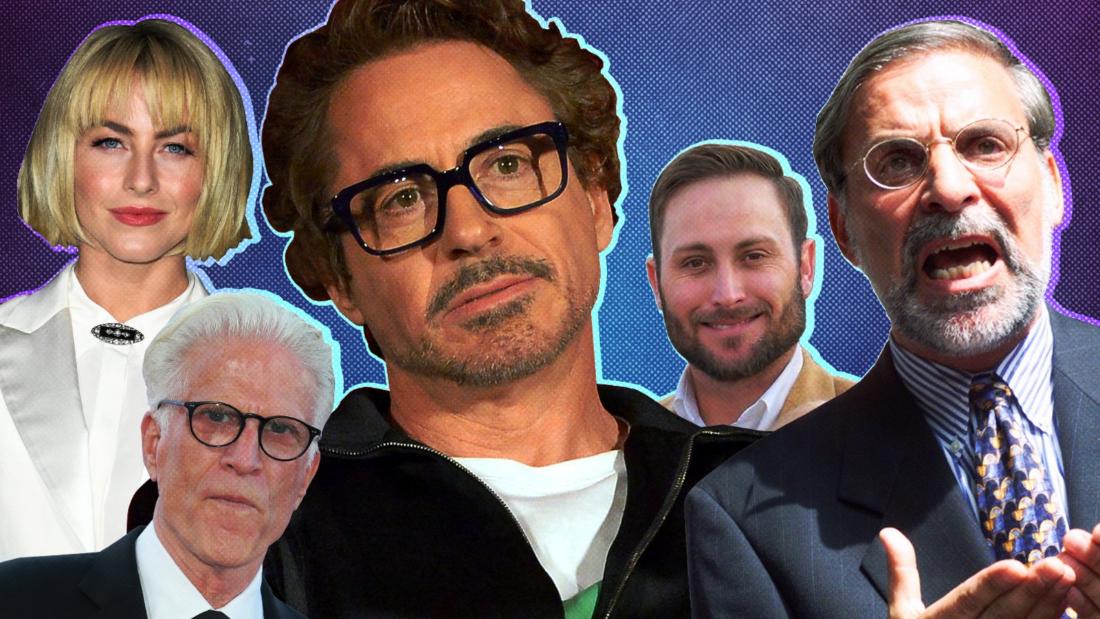 It's not just Virginia politicians.

Prominent people in the worlds of politics and entertainment have gotten into hot water for wearing blackface long before Virginia Gov. Ralph Northam and state Attorney General Mark Herring recently admitted to it.

Blackface dates back nearly 200 years, when white performers started darkening their faces with polish and cork to mock enslaved Africans in minstrel shows. These displays depicted black people as lazy, ignorant, cowardly or hypersexual. It was racist and offensive then and still is today.

Here's a (growing) list of politicians and celebrities who've gotten in trouble over blackface. (Note: We're not including regular people -- and there have been plenty of those cases.) 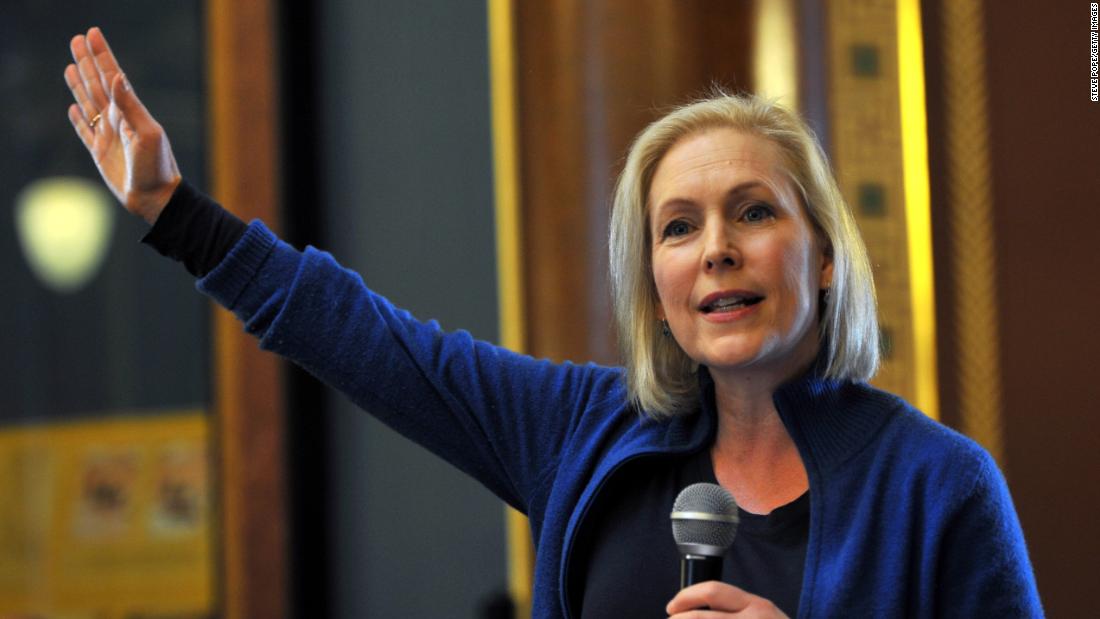 Sen. Kamala Harris said she thinks there should be an investigation into what happened surrounding the allegations, but added that Tyson seems credible.

“But certainly her (the accuser’s) letter reads as — it’s quite detailed, and suggests there’s credibility there," she said.

Harris has announced that she's running for president in 2020 while Gillibrand and Warren have announced exploratory committees. 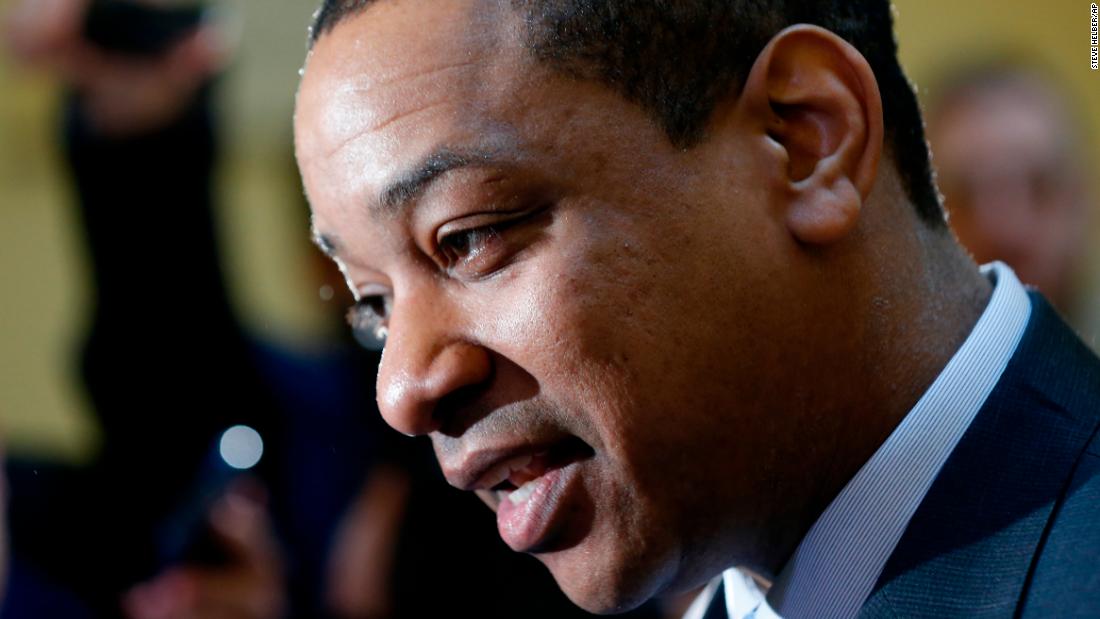 The woman accusing Justin Fairfax of sexual assault told a Democratic congressman a year ago that the Virginia lieutenant governor had a "#MeToo allegation" against him, sources tell CNN, though Rep. Bobby Scott's aides say he didn't learn of the full extent of her allegations until this week.

Vanessa Tyson said Wednesday that Fairfax, a Democrat, sexually assaulted her at the 2004 Democratic National Convention in Boston. She informed Scott, a Virginia Democrat, about her allegations because she and the congressman had previously been in a long-term romantic relationship, the sources said, adding that Tyson mentioned her allegations to Scott after they had ended the relationship.

Fairfax has forcefully denied the allegations leveled by Tyson and responded to her lengthy statement on Wednesday by saying he had "never done anything like what she suggests."

Aides to Scott told CNN that the congressman did not learn "the full scope of the allegation" until Wednesday, when Tyson released a lengthy statement that detailed her version of her encounter with Fairfax.

Virginia Lt. Gov. Justin Fairfax responded to Vanessa Tyson's sexual assault allegation in a written statement, saying he had "never done anything like what she suggests."

"Reading Dr. Tyson's account is painful," he said. "As I said in my statement this morning, I have nothing to hide. Any review of the circumstances would support my account, because it is the truth. I take this situation very seriously and continue to believe Dr. Tyson should be treated with respect. But, I cannot agree to a description of events that simply is not true."

Fairfax added: "I support the aims of the MeToo movement and I believe that people should always be heard and the truth should be sought. I wish Dr. Tyson the best as I do our Commonwealth."

The law firm of Wilkinson Walsh + Eskovitz is representing Virginia Lt. Gov. Justin Fairfax as he defends himself against allegations of sexual assault by Vanessa Tyson.

That is the same law firm that represented Supreme Court Justice Brett Kavanaugh when he was accused of sexual misconduct by Christine Blasey Ford in 2018.

“I and my firm were retained by the Lieutenant Governor in January 2018 with respect to a possible story in a media publication and we are currently representing him as well,” said Rakesh Kilaru, a partner with Wilkinson Walsh + Eskovitz.

Kavanaugh was represented by Beth Wilkinson.

Fairfax’s spokesperson said the lieutenant governor hired the law firm in January 2018 after the Washington Post began investigating the allegations, before the Kavanaugh controversy in September 2018.

Michael Church, the executive director of Sigma Chi Fraternity, the national organization that oversees the University of Virginia Sigma Chi chapter that Mark Herring belonged to during his time at the university, disavowed the actions the attorney general admitted to on Wednesday.

“The Sigma Chi Fraternity in no way, shape, form or fashion condones the portrayal of blackface by any of our members in any circumstance,” Church said in a statement to CNN. “Such behavior is insensitive and wrong and not in alignment with the values of our fraternity.”

Earlier on Wednesday, David Ashinoff, the regional manager of all Sigma Chi chapters in Eastern Virginia, declined to comment about Herring admitting he appeared in blackface at a college party in 1980.

Ashinoff currently oversees the chapter at University of Virginia for the national Sigma Chi headquarters in Evanston, Illinois.

Herring was a member of the fraternity during his time at University of Virginia and appeared in fraternity photos from 1980, 1981 and 1983 reviewed by CNN.