Air-launched cruise missiles were among the munitions used in the strikes against Syria, according to two US defense officials.

Air launch cruise missiles are fired from aircraft in flight and can be done from outside the range of Syrian airspace.

CNN reported earlier that US B-1 bombers were used in the strikes. B-1 bombers are capable of firing air launched cruise missiles.

Russian Foreign Ministry spokeswoman Maria Zakharova, in a statement on Facebook, said the US struck Syria when the country finally had a chance at peace.

“One must be really exceptional to strike Syria’s capital when the country finally got a chance for a peaceful future,” she wrote.

Zakharova accused the White House of relying on media reports to make its decision on whether to strike Syria.

“The White House said that the confidence in the Damascus standing behind the chemical attack is based on ‘the media, reports of symptoms, videos and photos, as well as on credible information’,” she wrote. “15 years ago [before invading Iraq], the White House used a test tube and its State Department, now instead of a test tube Washington has used the media.”

The UK Ministry of Defense has issued a statement on the air strikes in Syria, saying it has joined allied in "a precision strike on Syrian installations involved in the regime’s use of chemical weapons against its own people."

"The UK element of the carefully coordinated joint action was contributed by four Royal Air Force Tornado GR4s," the statement said. "They launched Storm Shadow missiles at a military facility -- a former missile base -- some fifteen miles west of Homs, where the regime is assessed to keep chemical weapon precursors stockpiled in breach of Syria's obligations under the Chemical Weapons Convention."

The British Minister of Defense has said “the international community has responded decisively with legal and proportionate military force."

"Let these united actions send a clear message to the regime,” the statement said. 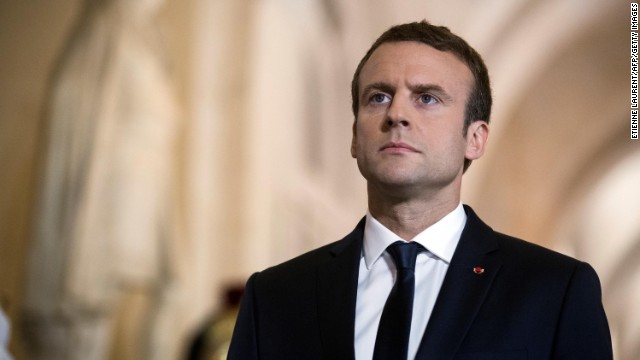 French President Emmanuel Macron issued the following statement tonight following the strikes in Syria, which were done in retaliation to last weekend's chemical attack on civilians:

“The red line set by France in May 2017 has been crossed. So, I ordered the French armed forces to intervene tonight, as part of an international operation in coalition with the United States of America and the United Kingdom and directed against the clandestine chemical arsenal of the Syrian regime."

France, the UK and US were a part of a "combined operation" that struck targets in Syria tonight, Trump said earlier.

A Twitter account run by the French president's office posted this video of the French Armed Forces taking off to launch their part of the strikes. 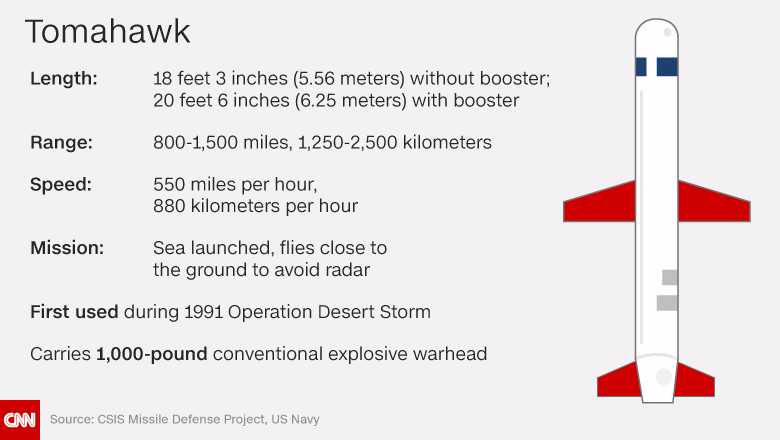 The Elysee Palace took this photo of French President Emmanuel Macron as he ordered French forces to intervene in Syria tonight. 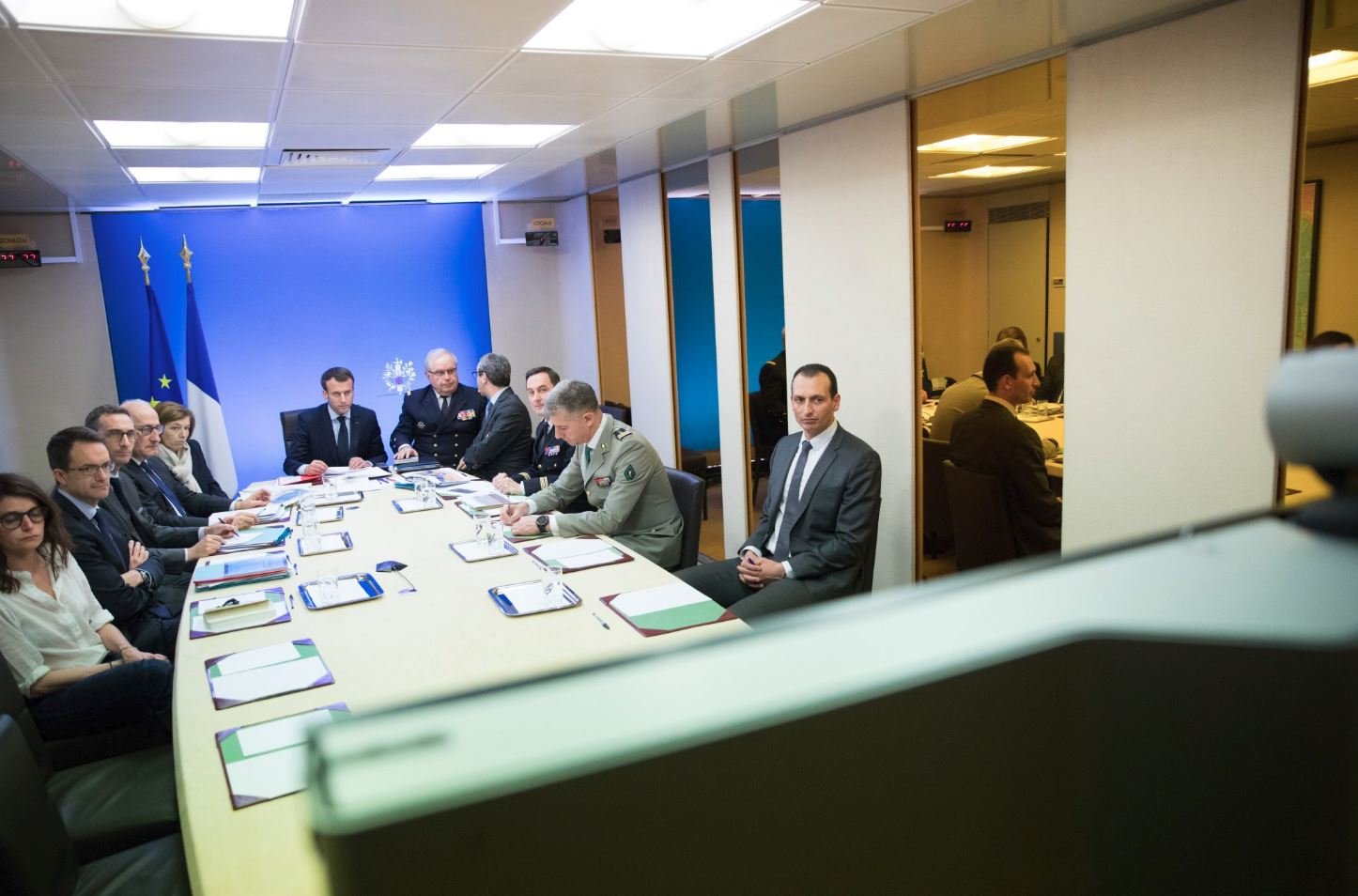 But McCain also called on Trump to set a "comprehensive strategy" in both Syria and the Middle East.

“I applaud the President for taking military action against the Assad regime for its latest use of chemical weapons, and for signaling his resolve to do so again if these heinous attacks continue. I am grateful to our British and French allies for joining us in this action. “I hope these strikes impose meaningful costs on Assad. The message to Assad must be that the cost of using chemical weapons is worse than any perceived benefit, that the United States and our allies have the will and capability to continue imposing those costs, and that Iran and Russia will ultimately be unsuccessful in protecting Assad from our punative response.“To succeed in the long run, we need a comprehensive strategy for Syria and the entire region. The President needs to lay out our goals, not just with regard to ISIS, but also the ongoing conflict in Syria and malign Russian and Iranian influence in the region. Airstrikes disconnected from a broader strategy may be necessary, but they alone will not achieve U.S. objectives in the Middle East.” 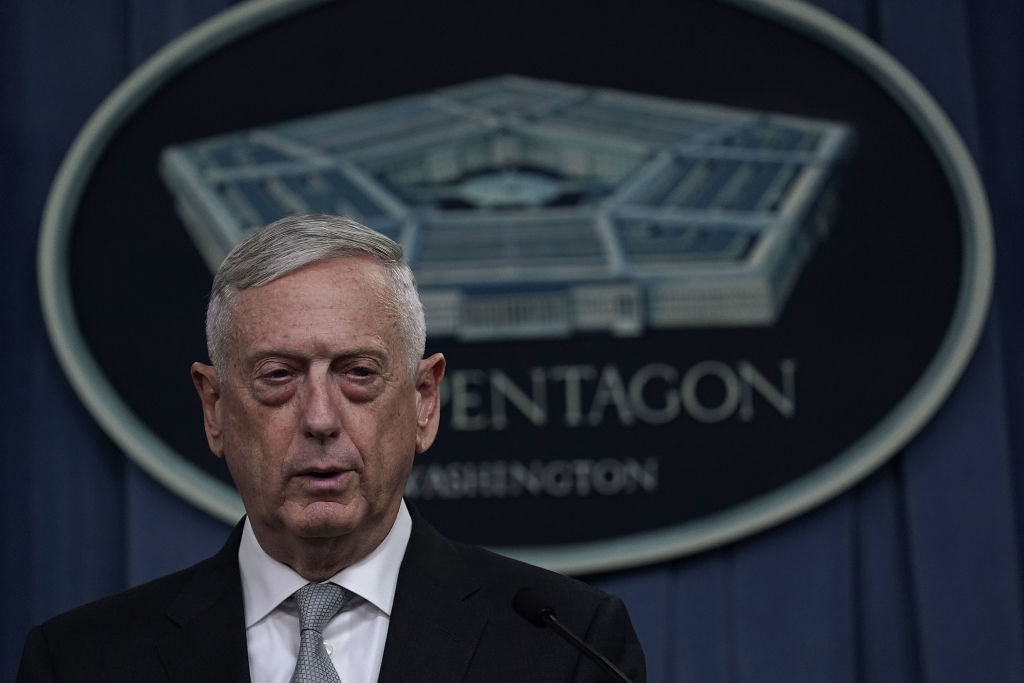 US Defense Secretary James Mattis was asked if the US and its allies planned to continue military operations beyond tonight's strikes in Syria.

He said it all depends on Syrian leader Bashar al-Assad.

"Should he decide to use more chemical weapons in the future and of course — the powers that have signed the chemical weapons prohibition have every reason to challenge Assad if should he choose to violate that, but right now this is a one-time shot and I believe that it sent a very strong message to dissuade him to, to deter him from doing this again."

However, earlier tonight, Trump indicated the strikes would continue until the Syrian regimes use of chemical weapons ends.

"We are prepared to sustain this response until the Syrian regime stops its use of prohibited chemical agents," Trump said.

Senate Minority Leader Chuck Schumer, who was reportedly on a commercial flight when President Trump announced the Syria strikes, has issued this statement warning the Trump administration to avoid getting the US in a "greater and more involved war in Syria."

A pinpointed, limited action to punish and hopefully deter Assad from doing this again is appropriate, but the administration has to be careful about not getting us into a greater and more involved war in Syria.

Schumer, a New York Democrat, praised "the professionalism and skill of our Armed Forces" in April 2017, the last time Trump ordered strikes on Syria, saying it was "the right thing to do."

He also added that "it is incumbent on the Trump administration to come up with a strategy and consult with Congress before implementing it."