Democratic vice presidential nominee Kamala Harris will campaign in Texas on Friday, according to a personal familiar.

This will be Harris’ first time in the Lone Star state since joining the ticket.

When asked earlier by a reporter where Texas and Georgia fit in the campaign's path to victory, Harris said, “The bottom line is we're focusing on every state and we are working to earn the vote of every American regardless of where they live."

The New York Times was the first to report on the campaign stop.

Joe Biden released a statement on Mark Meadows’s comments this morning on not publicly disclosing positive Covie-19 test results at the White House, calling it a “candid acknowledgment of what President Trump's strategy has clearly been from the beginning of this crisis: to wave the white flag of defeat and hope that by ignoring it, the virus would simply go away. It hasn't, and it won't.”

Biden says that Meadows “admitted this morning that the administration has given up on even trying to control this pandemic, that they've given up on their basic duty to protect the American people.”

“It's long past time for President Trump and his administration to listen to the scientists, take action, and finally take seriously the threat of a virus that's costing thousands of lives each week, shuttering our schools, and forcing millions of Americans out of work,” Biden said.

The vote comes roughly a week before the Nov. 3 election where control of Congress and the White House are at stake.

The Sunday vote was held to break a Democratic filibuster of her nomination. Senate Republicans needed only a simple majority to break the filibuster and the vote was 51-48.

Two Republicans crossed party lines to vote with Democrats in opposition to the procedural vote – Susan Collins of Maine and Lisa Murkowski of Alaska.

Collins, who is facing a competitive reelection fight, has been expected to vote against the nomination due to concerns that it's too close to the election to consider a nominee. Murkowski announced on Saturday that she will ultimately vote to confirm Barrett in the final vote, but said that she would vote no on the procedural vote on Sunday. Murkowski has previously voiced opposition to taking up a nominee to fill the open seat so close to the election.

Democratic vice presidential candidate Kamala Harris made a surprise stop to a polling place at the Northwest Activity Center in Detroit, Michigan, to promote early voting.

She was joined by Rep. Brenda Lawrence, whom she greeted warmly after getting out of her motorcade.

When Harris pulled up, some of the people who came in their cars got out with their mail-in-ballots in hand and raised them up as she exited her vehicle. The campaign said there were 65 cars in total.

“You all are going to make a difference. You know, in 2016, right, we remember what happened when we got hit by this natural disaster who’s now in the White House,” she said and the crowd laughed.

Harris mentioned the narrow margin that Trump won Michigan by in 2016.

Harris spoke wearing a mask while standing in front of a Biden-Harris campaign bus.

More than 7.1 million people cast their vote in Texas, including the first 12 days of early voting, according to data posted on the Texas Secretary of State website Sunday morning.

The last day of early voting in Texas is Oct. 30.

The Senate is expected to hold a procedural vote ending debate over the confirmation Judge Amy Coney Barrett to the Supreme Court. The vote is expected to pass, setting up a final vote for Monday.

On Monday: The Senate will convene at noon when we expect opening speeches from Sens. Mitch McConnell and Chuck Schumer.

At 1 p.m. ET, senators will have a roll call vote to break the filibuster of Barrett. A majority vote is needed to break it, not 60 votes.

After the votes, Democrats are expected offer a motion to adjourn — as they have a couple of times this week, arguing the nomination should be put off until after the election.

NASA astronaut Kate Rubins voted from space this week, using a secure electronic ballot and a makeshift voting booth on the International Space Station, according to a tweet from NASA Astronaut's verified account.

"It's critical to participate in our democracy, we consider it an honor to be able to vote from space," Rubins said in an Oct.16 NASA video.

Some context: Rubins, who is a flight engineer, also cast her ballot from the International Space Station during the 2016 election, CNN reported.

"I think it's really important for everybody to vote and if we can do it from space then I believe folks can do it from the ground too," Rubins said in October.

Astronauts registered to vote in Texas got the right to vote from space in 1997, when Texas lawmakers ruled they could electronically cast their ballot off-planet if they'd be on a spaceflight during the early-voting period or Election Day, CNN reported. 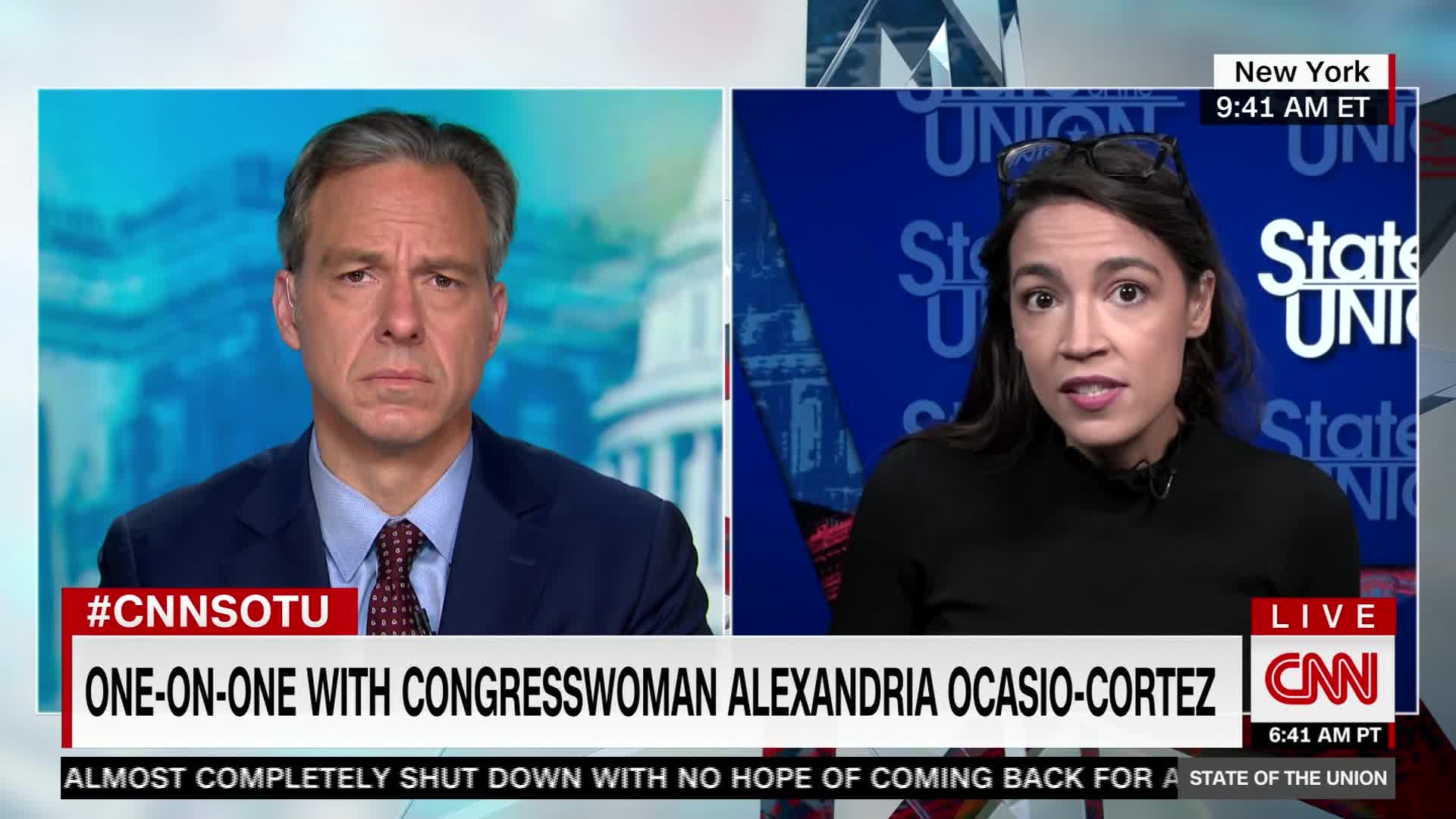 Rep. Alexandria Ocasio-Cortez would not directly criticize Democratic presidential candidate Joe Biden for his commitment not to ban fracking, saying she is not worried about his position on the issue.

Ocasio-Cortez introduced legislation to get rid of fracking by 2025, and she told CNN that it would be a “privilege” to lobby Biden to take more progressive policy positions on issues like fracking.

“Vice President Biden has made very clear that he does not agree with a fracking ban, and I consider that, you know— it will be a privilege to lobby him should we win the White House, but we need to focus on winning the White House first,” Ocasio-Cortez said. “And I’m happy to make my case, but I understand that he is in disagreement with that issue.”

She emphasized the importance of focusing on getting progressives into key cabinet positions in the Biden administration. Ocasio-Cortez did not answer directly whether the Obama administration was progressive, saying that it wasn’t the former president's fault that many progressive demands weren't met during his term because he was working with a Republican-controlled Congress.

When asked if he thinks Vice President Mike Pence should quarantine after being in close contact with his chief of staff Marc Short and others in his orbit who have tested positive for coronavirus in recent days, Trump campaign senior adviser Corey Lewandowski did not directly answer the question, saying he's sure the vice president will "do what is necessary and what is appropriate."

"I would make sure the vice president is taking all of the precautions necessary as he's always done," Lewandowski said in an interview on NBC on Sunday.

Upon learning of the positive diagnoses, Harris cancelled a planned campaign trip and stayed off the trail for multiple days. Pence plans to proceed with his scheduled trip to North Carolina even though he was traveling with Short on Thursday and Friday.

Lewandowski said he had not spoken with Pence or his team within the past 24 hours.

The Trump aide also deflected when asked about the Washington Post's report that the President privately told donors it will be "very tough" for Republicans to keep control of the Senate, namely because he refuses to support some senators.

Lewandowski said the President has been campaigning "aggressively" for Republican senators and believes keeping the majority in the chamber is important, pointing to his own trip to Arizona last week to fundraise for vulnerable GOP Sen. Martha McSally.