A federal judge dismissed the Trump campaign’s effort to prevent Montana from allowing counties to issue mail ballots in the November election.

Judge Dana Christensen’s decision Wednesday is a victory for Gov. Steve Bullock, who is also running for US Senate.

“Central to some of the Plaintiffs’ claims is the contention that the upcoming election, both nationally and in Montana, will fall prey to widespread voter fraud,” wrote Christensen. “The evidence suggests, however, that this allegation, specifically in Montana, is a fiction.”

The judge wrote that the "plaintiffs have not introduced even an ounce of evidence supporting the assertion that Montana’s use of mail ballots will inundate the election with fraud,” and argued that stopping the mail-in ballots “would have profound, and most likely catastrophic consequences on the administration of Montana’s general election.”

An expert presented by the state said there is no evidence of even a single case of deliberate voter fraud in Montana in the past eight years.

The lawsuit was filed by the Trump campaign and Republican National Committee and joined by the Republican leaders in the Montana House and Senate. It argued that the mail-in ballots for voters who were not absentees amounted to changing election law without the consent of the legislature.

Montana Republican Party Executive Director Spenser Merwin said in a statement, “The state legislature has the sole authority to determine the time, place and manner of elections. Yet Governor Steve Bulock – the very person who the most to hain as a candidate on the ballot this November – unilaterally rewrote election laws in a broader effort to benefit his U.S. Senate campaign.”

Bullock said in a statement that he was pleased with the decision, adding that it "will enable hundreds of thousands of Montanans to vote safely – in person or by mail – this coming election."

"Montanans can rest assured that our local election administrators will preserve the security and integrity of the election process," the governor said in the statement.

This came from over 215,000 donations during that three hour period, the campaign official said, adding that they had over 60,000 new donors.

The campaign announced last night that it’s single greatest online fundraising hour occurred during the 10 p.m.-11 p.m. hour during which they raised $3.8 million. The campaign official said 85% of the contributions during that hour were from mobile donations.

The campaign official also said that during the debate, they saw nearly 100,000 new supporter sign-ups to volunteer for the campaign. 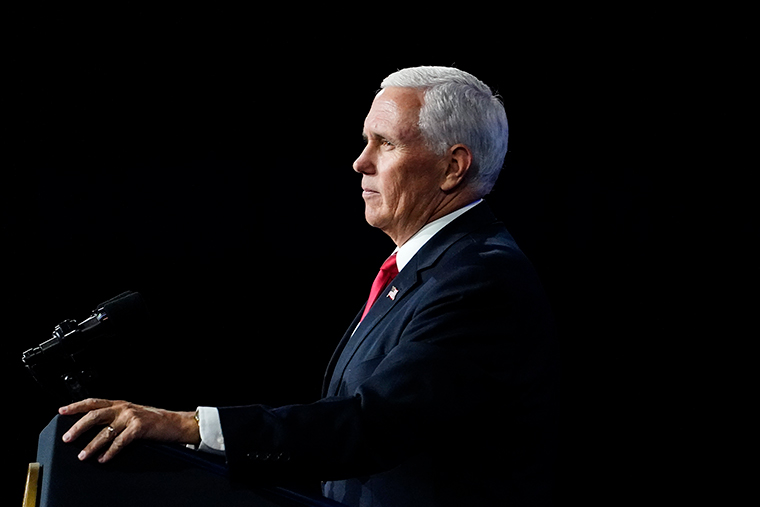 Despite all the praise in public, aides and allies of the President have privately worried about Trump’s performance in Tuesday’s debate.

CNN's Kaitlan Collins reported earlier Wednesday, in conversations with several people who work for Trump, advise him or support him, all acknowledged that Trump was too aggressive, touted few of his accomplishments and likely turned off the moderate voters he desperately needs. In private conversations, Trump's performance was described as obnoxious, unprepared and lacking a cogent line of attack on Biden, like he did with Hillary Clinton in 2016.

In a poll of debate viewers immediately after the debate ended, 60% said they felt Biden won and only 28% said they thought Trump won.

A group of Democratic governors pledged to preserve the integrity of elections in their states and that “all votes cast in the upcoming election will be counted and that democracy will be delivered in this election.”

In a statement Wednesday, 11 governors addressed President Trump’s recent comments on the presidential election, including his claims of ballots being thrown out and pushing his supporters to watch the polls closely.

“Any efforts to throw out ballots or refuse a peaceful transfer of power are nothing less than an assault on American democracy. There is absolutely no excuse for promoting the intimidation or harassment of voters,” the statement said. “These are all blatant attempts to deny our constituents the right to have their voices heard, as guaranteed in the US Constitution, and to know the will of the people will be carried out.”

The group also addressed a recent report that indicated the campaign and Republican state officials could have state legislatures overrule the popular vote and appoint their own electors if results take too long to count.

“All states must properly appoint electors in accordance with the vote. We will not allow anyone to willfully corrupt the democratic process by delegitimizing the outcome or appointing fraudulent electors against the will of the voters," the statement said.

“We recognize that democratically held elections are not an exercise in controlling power. By its very nature, democracy is an exercise in determining and honoring out the collective will of the American people, regardless of the outcome. Disenfranchising voters in order to retain power strikes at the very heart of this promise. We call on elected leaders at all levels, from both parties, to speak out loudly against such efforts in the weeks ahead," the statement said.

President Trump again refused to explicitly condemn White supremacists and claimed he does not know who the Proud Boys are, one day after telling the organization to “stand back and stand by.”

When asked if he condemned White supremacists, Trump said, “I’ve always denounced any form, any form of any of that, you have to denounce,” before repeating his call for his Democratic rival Joe Biden to denounce Antifa.

Trump also claimed to not know who the Proud Boys are, before saying they should “stand down.”

When asked if he misspoke when he told the group to “stand by” during Tuesday night's debate, Trump said “look, law enforcement will do their work. They’re gonna stand down, they have to stand down.”

However Trump then pivoted to Antifa, saying “the problem is on the left and Biden refuses to talk about it, he refuses to issue to words law and order.”

At the debate Tuesday night, Trump said that the Proud Boys need to “stand back and stand by,” which led to members of the organization, a far-right collective that the Southern Poverty Law Center says is a hate group, to celebrate. Members of the Proud Boys have been at multiple 2020 Trump campaign rallies.

Biden did say he wants to see “law and order with justice” during the debate last night. While Trump continues to point to Antifa as a major threat, in reality, White supremacists will remain the most "persistent and lethal threat" in the United States through 2021, according to Department of Homeland Security draft documents.

President Trump claimed victory in Tuesday night’s presidential debate, telling reporters Wednesday that he was getting “tremendous reviews,” despite allies privately — and some publicly — acknowledging his poor performance.

“I thought the debate last night was great. We’ve gotten tremendous reviews on it,” he said as he departed the White House for Minnesota.

He continued, “But I thought it was a great evening, it was an exciting evening. I see the ratings were very high and it was good to be there, felt very comfortable and I appreciate all the good words.”

But as CNN's Kaitlan Collins reported earlier Wednesday, in conversations with several people who work for Trump, advise him or support him, all acknowledged that Trump was too aggressive, touted few of his accomplishments and likely turned off the moderate voters he desperately needs.

In private conversations, Trump's performance was described as obnoxious, unprepared and lacking a cogent line of attack on Biden, like he did with Hillary Clinton in 2016.

“A disaster,” one adviser called it.

“President Trump controlled the entire conversation in the first debate and kept Joe Biden on his heels, looking weak and unable to defend his 47 years of failure in Washington,” Murtaugh told the network Wednesday. “Of course we are enthusiastic about the upcoming debates and look forward to them.”

“We are going to the debates, yes,” Bedingfield said, committing to the final two presidential debates.

Hackers may use denial of service attacks to disrupt the election by preventing Americans from accessing information about voting, law enforcement and Homeland Security officials warn. But these types of attacks, which are generally unsophisticated, are unlikely to interrupt the polls themselves, they said.

In a public advisory published Wednesday, the Federal Bureau of Investigation and the Cybersecurity and Infrastructure Security Agency said distributed denial of service, or DDoS, attacks could theoretically block voters from finding out election results.

DDoS attacks are a type of spam attack wherein a hacker will flood a server or webpage with bogus traffic, overwhelming it and forcing it to shut down. DDoS attacks are more akin to vandalism than a data breach, which involves the access or loss of data.

Because of that distinction, CISA and the FBI said, the risk to ballots or polling systems due to DDoS attacks is low.

"The FBI and CISA have no reporting to suggest a DDoS attack has ever prevented a registered voter from casting a ballot, or compromised the integrity of any ballots cast,” the agencies said.

The alert’s existence, however, highlights the ongoing concerns about whether the country is prepared for a chaotic election and adequately defended from foreign and domestic meddling.

President Trump and Democratic nominee Joe Biden faced off in a chaotic presidential debate Tuesday night. They were grilled on the Supreme Court, economy, coronavirus, race and violence, among other topics.

We asked our viewers across the country for their reaction to the debate: