The context: The rally comes as Trump's Supreme Court pick Brett Kavanaugh forcefully denied he sexually assaulted Dr. Christine Blasey Ford, who told the Senate Judiciary Committee she was 100% sure he had. That triggered an FBI investigation, delaying the final vote.

President Donald Trump spent a large portion of his West Virginia rally casting the Republican party as a party of security and prosperity and the Democratic party as a party at odds with law and order.

“The Democratic party will stop at nothing to run your lives, run down your values, and ransack our nation’s wealth. They will turn it around, make it bad so fast,” he warned.

He repeated what he’s said before: He doesn’t want to call it the “Democratic” party anymore.

“I hate the way it sounds,” he said, calling it the “Democrat party” for the rest of his remarks.

He continued, “If you want to protect American communities, then you need to vote Republican,” naming Senate candidate Patrick Morrissey.

“This election is about security and it’s about prosperity,” he said.

President Donald Trump appeared to mock phrase “thousand points of light,” which is also the name of an organization started by former President George H. W. Bush to support volunteerism. (Trump has done this in the past.)

He was deadpanning presidential behavior in a monotone voice.

“It’s so easy to be presidential. All I have to do is: ‘Thank you very much… it’s great to see you, you are great Americans. Thousand Points of Light, which nobody has really figured out. And thank you, ladies and gentlemen.’”

The President talked about his meeting with Kim Jong Un, saying the US is “doing great with North Korea” and he “fell in love” with the North Korean leader. 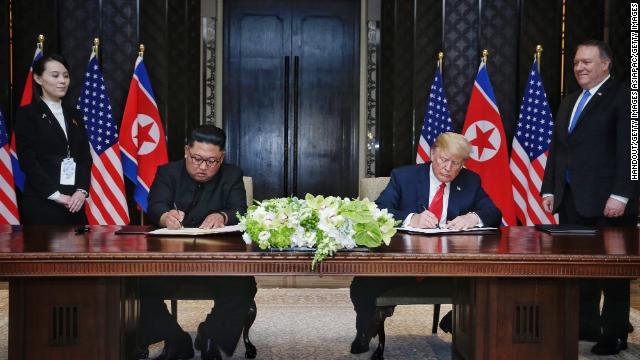 “I was being tough and so was he, and we were back and forth, then we fell in love. He wrote me beautiful letters and they were great letters. We fell in love,” he said, immediately noting that the media would say he was being “unpresidential.”

“Trump said they fell in love, how horrible,” he mocked. He dismissed criticism that he gave anything up to North Korea, touting the return of the remains of “our great heroes” and getting the hostages back.

“I didn’t give up anything,” he said.

Hours after Democratic Sen. Elizabeth Warren said she was open to exploring a presidential bid, President Donald Trump referenced her at his West Virginia rally, suggesting that Democrats have gone so far left that she is a conservative in comparison. 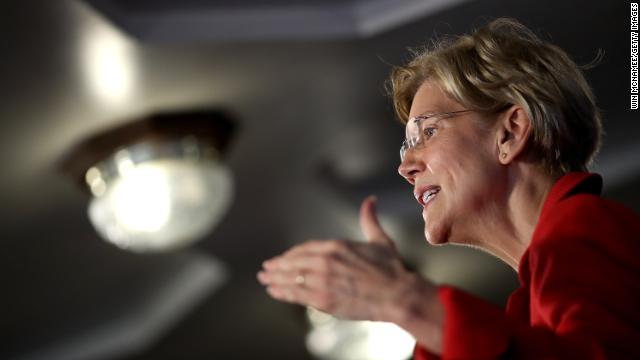 The party, he said, is “so far left, Pocahontas is considered a conservative.” (The President has used the slur "Pocahontas" since the 2016 presidential campaign to skewer Warren's claims -- passed down through family stories, Warren says -- of Cherokee and Delaware ancestry.)

Warren is “considered like a conservative person,” he said, adding that Democrats have “gone crazy.”

“Ladies and gentlemen, we must confirm Judge Kavanaugh,” he said.

He also hit his opponent Joe Manchin, and sought to tie him to the DC establishment, calling him “Washington liberal Joe Manchin,” noting his vote against tax cuts. 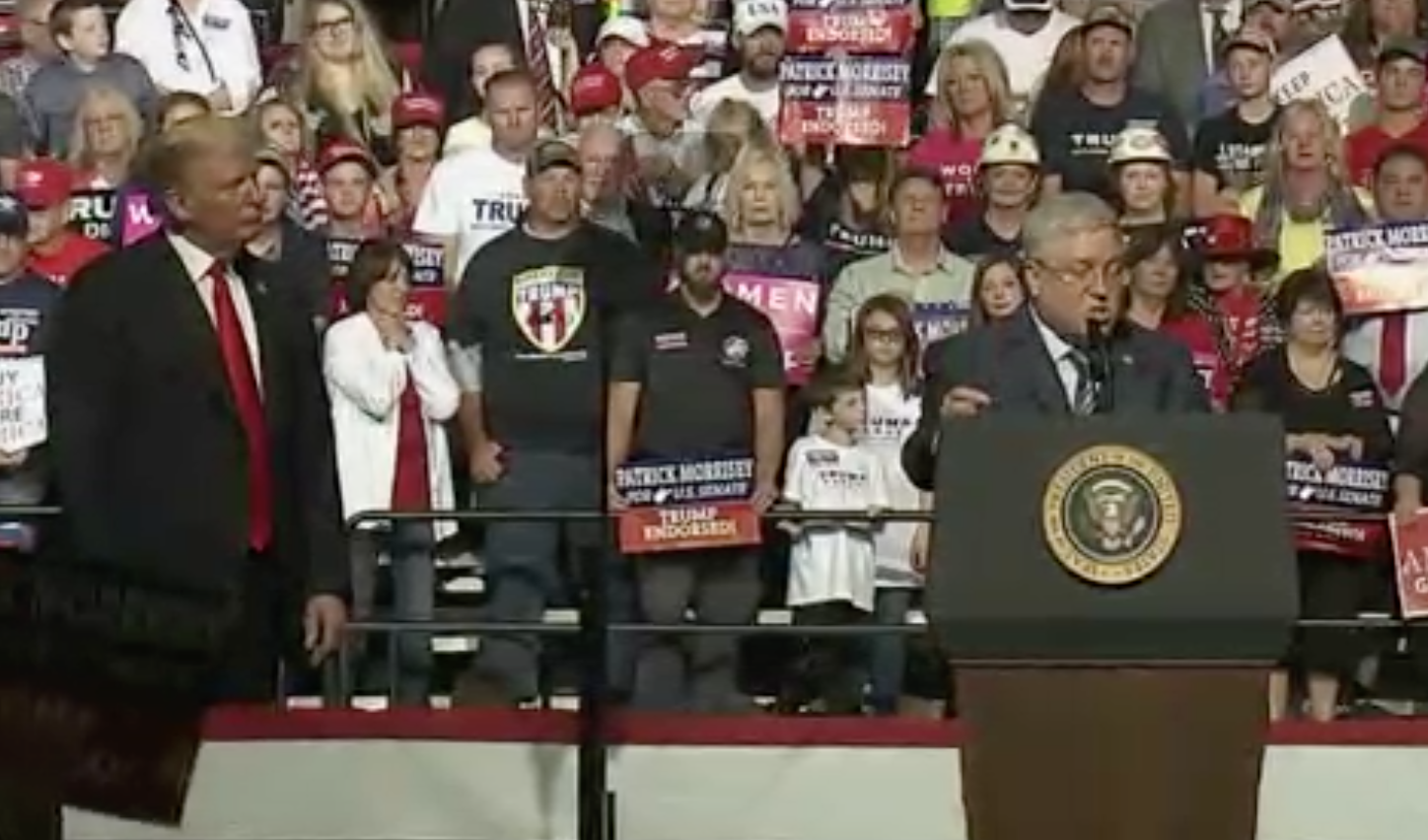 West Virginia Senate candidate Patrick Morrisey spoke from the stage, telling attendees to "stand with someone who puts you first, America first and West Virginia first."

The President obliquely referred to the situation surrounding his Supreme Court pick Brett Kavanaugh while talking about the importance of Republican turnout in the midterm elections.

“All of what we’ve done is at stake in November. Five weeks away from one of the most important elections in our lifetimes. This is one of the big, big --  I’m not running but I’m really running that’s why I’m all over the place fighting for great candidates,” he said.

Trump continued, “You see this horrible, horrible radical group of Democrats, you see it happening right now. And they’re determined to take back power by using any means necessary, you see the meanness, the nastiness. They don’t care who they hurt, who they have to run over in order to get power and control, that’s what they want is power and control, we’re not going to give it to them.”

Democrats, he said, are on a mission to “resist and obstruct.”

“And you see that over the last four days,” he said, calling the Democrats “angry and mean and nasty and untruthful.” 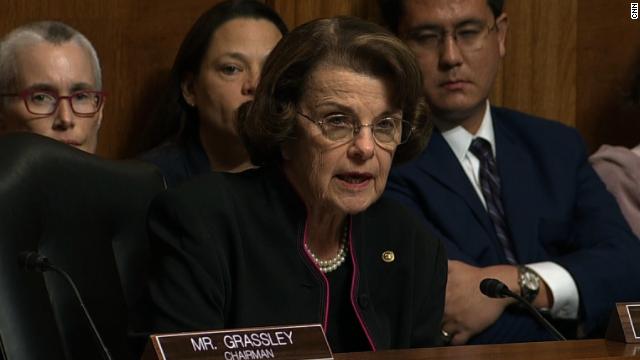 “Remember her answer? Did you leak the document? Uh, uh, what. No, uh no, I wait one – that was really bad body language – the worst body language I’ve ever seen.”

“On Thursday the American people saw the brilliant and quality and courage of our nominee for the United States Supreme Court Judge Brett Kavanaugh,” he said to applause.

“A vote to confirm Judge Kavanaugh is a vote to confirm one of the most accomplished legal minds of our time, a jurist with a sterling record of public service,” he said.