The context: The rally comes as Trump's Supreme Court pick Brett Kavanaugh forcefully denied he sexually assaulted Dr. Christine Blasey Ford, who told the Senate Judiciary Committee she was 100% sure he had. That triggered an FBI investigation, delaying the final vote. 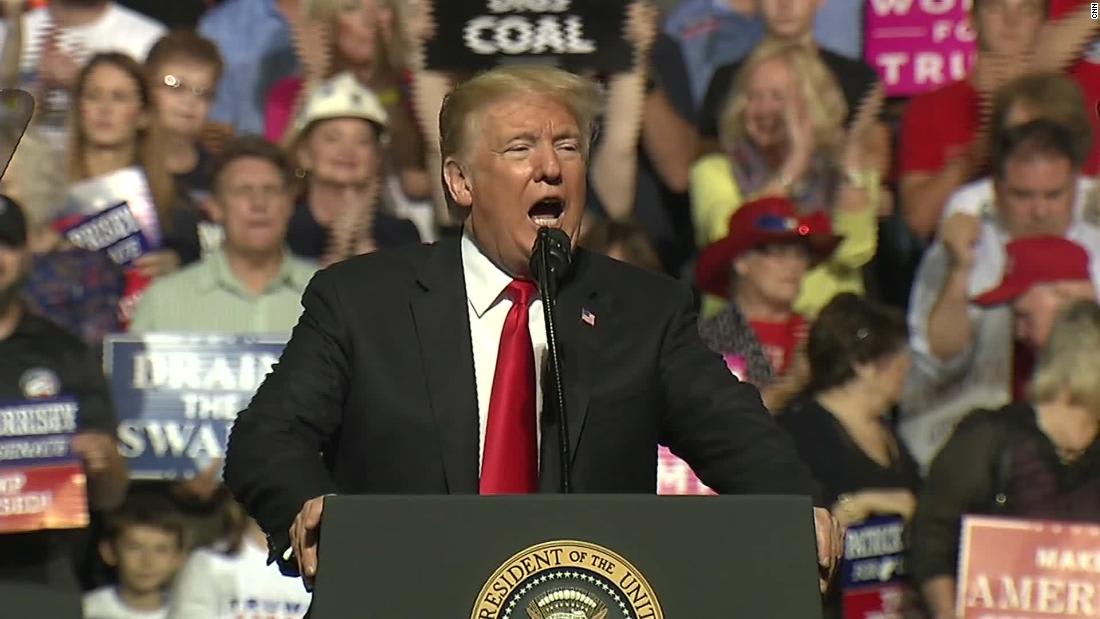 “On Thursday the American people saw the brilliant and quality and courage of our nominee for the United States Supreme Court Judge Brett Kavanaugh,” he said to applause.

“A vote to confirm Judge Kavanaugh is a vote to confirm one of the most accomplished legal minds of our time, a jurist with a sterling record of public service,” he said. 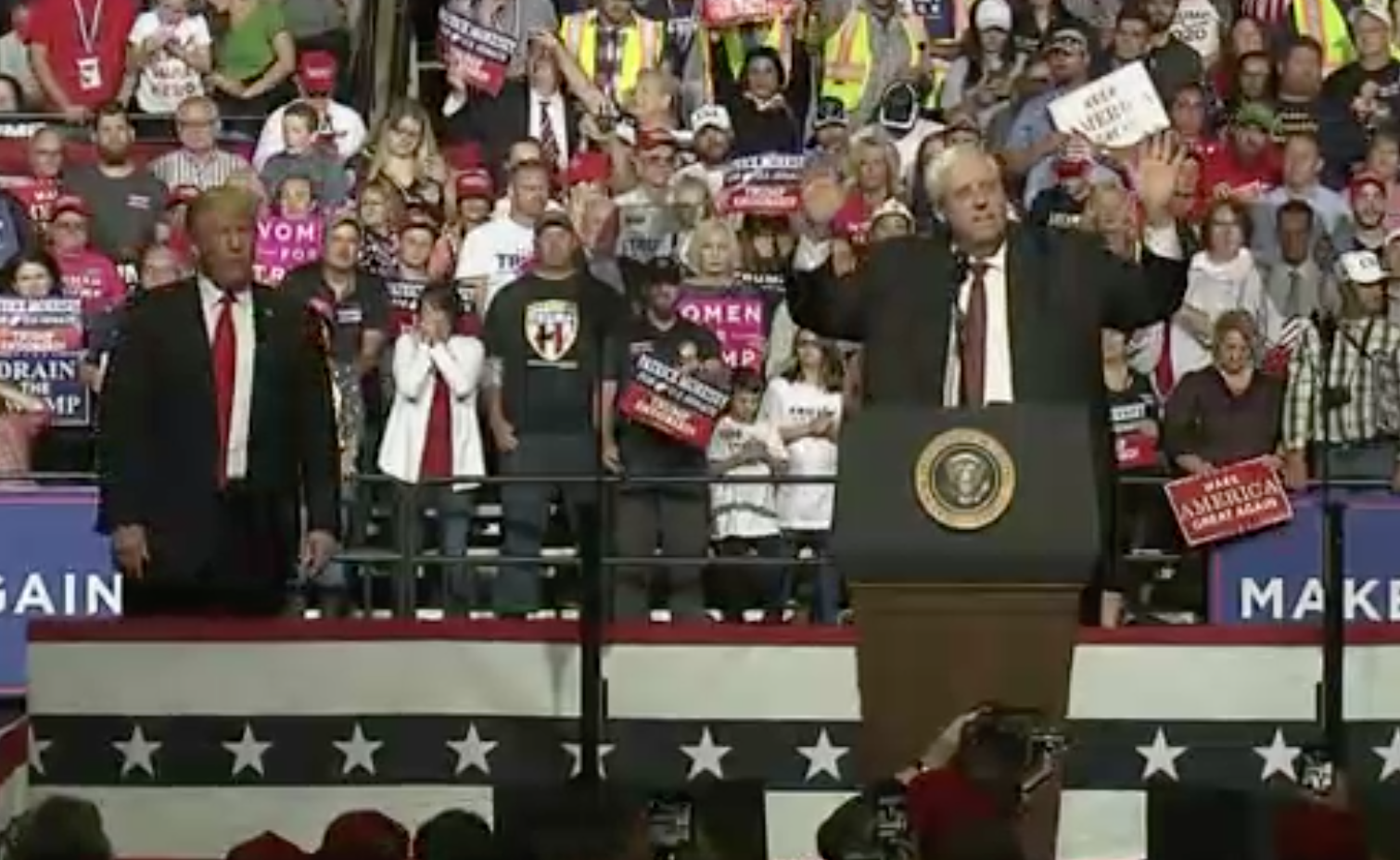 The President calls "Big Jim" or Jim Justice, Republican governor of West Virginia, up to the stage. 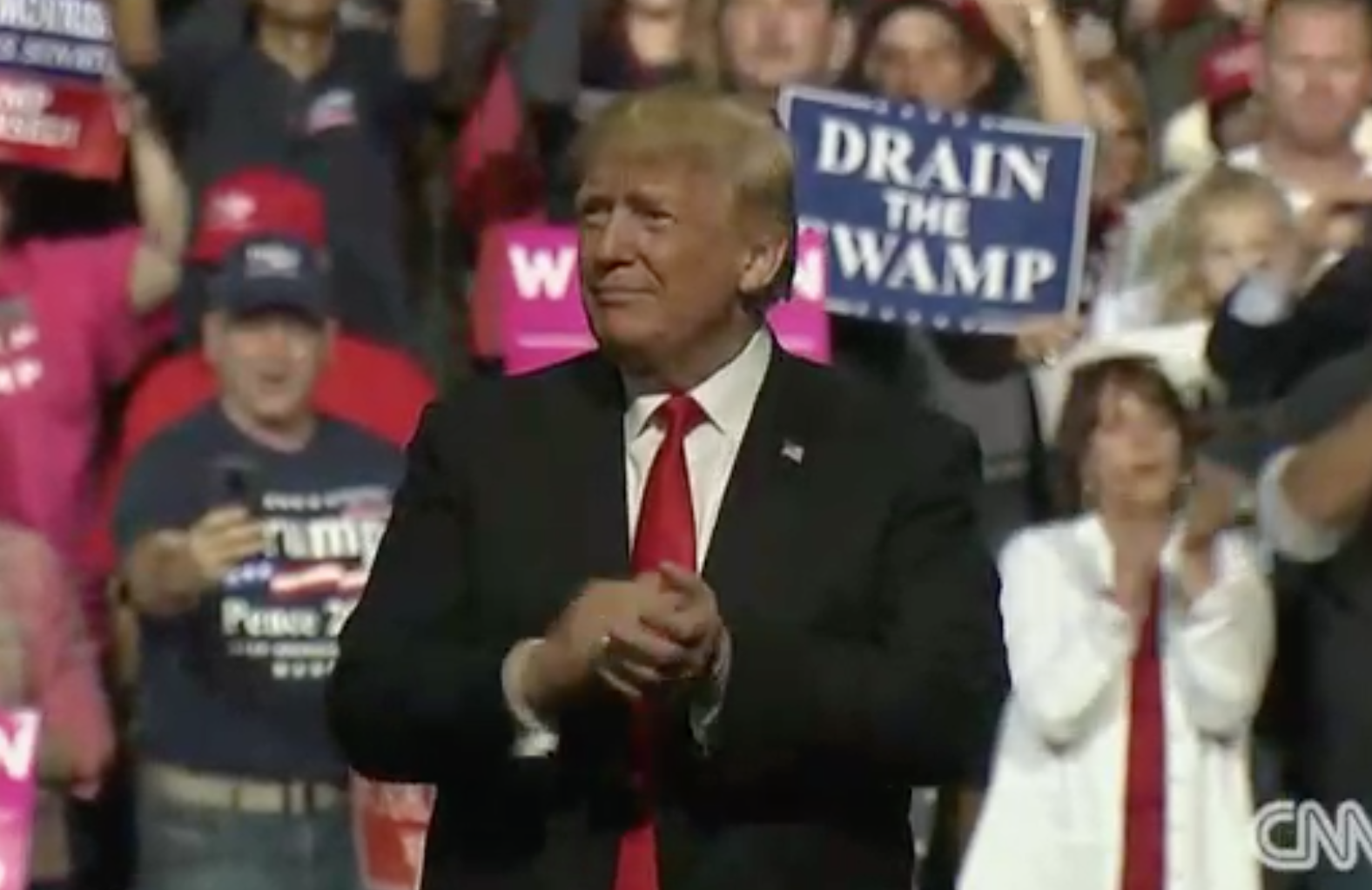 The President greets attendees from the stage and is about to begin speaking as the crowd chants "USA!" He walked out to John Denver’s “Country Roads, Take Me Home.” 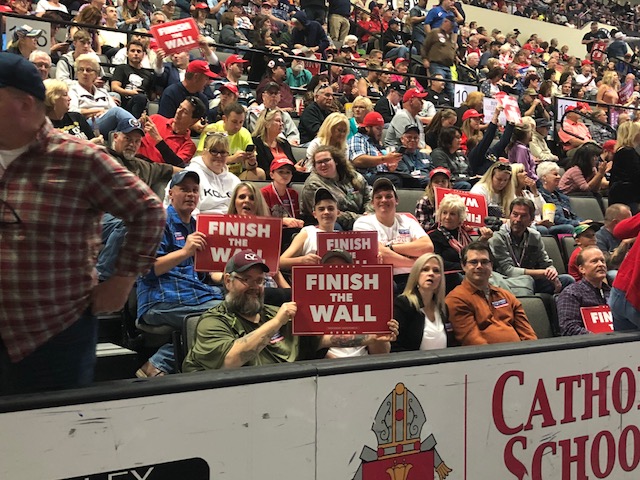 West Virginia should be at or near the top of the GOP's targets this cycle based on Trump's 42-point margin there in 2016, and Trump's frequent visits prove they hope to pick it up.

But the difficulty for Republicans is they are running against Democratic Sen. Joe Manchin, a popular two-term governor who has demonstrated a willingness to buck his party and support the President's policies and nominees.

He voted for Trump's first Supreme Court selection, Neil Gorsuch, and is one of a few senators who support Republican Sen. Jeff Flake's call for an FBI investigation into Brett Kavanaugh's past and now essentially hold the future of his Supreme Court nomination in their hands.

Manchin also has demonstrated he can win in a less-than-ideal environment, receiving 61% of the vote in 2012 even as Romney carried the state with 62% support.

Republican nominee Patrick Morrisey, the state's attorney general, has faced questions about his fundraising ability and Manchin has a huge cash advantage. Morrisey only recently launched his first television ad, a biographical spot that features praise from the President and highlights his legal challenge to environmental regulations implemented by the Obama administration.

That comes after Democratic outside groups have spent the summer pummeling Morrisey on TV over his work as a "DC lobbyist" for pharmaceutical companies and his decision to join a lawsuit challenging the ACA, a move that could lead to protections for pre-existing conditions being struck down. That line of attack could resonate in West Virginia, which at 36% has the highest rate of adults under 65 with pre-existing conditions, according to a Kaiser Family Foundation study in 2016.

President Trump's rally will be at 7 p.m. ET tonight at the Wesbanco Arena in Wheeling, West Virginia.

This will be Trump's seventh visit to West Virginia since he took office and his first stop in Wheeling since he first began campaigning, according to CNN affiliate WCHS.

He last visited on Aug. 21 when he urged voters to support Republican Senate candidate Patrick Morrisey as he runs against Democratic Sen. Joe Manchin.