President Trump just tweeted a photo of him and Kim Kardashian West, whom he met to discuss prison reform.

Kardashian West was expected to meet with officials, including senior adviser Jared Kushner, at the White House, a person familiar with the plans said.

The entrepreneur and reality television star has advocated for a pardon for a low-level drug offender named Alice Marie Johnson, who has served more than 20 years in prison.

It's an issue that both Kardashian West, who learned about Johnson watching a video from Mic, and Kushner, whose father served time in a federal prison, have taken up.

Earlier this month, the White House-backed First Step Act, which would expand programs for prisoners and allow for more home confinement, was approved by the House Judiciary Committee.

President Trump's private attorney Rudy Giuliani was asked today outside the White House about the President’s claim that special counsel Robert Mueller's team will meddle in the midterm elections to benefit Democrats.

Giuliani suggested that if Mueller didn't "file his report by September 1, mid-September, he’s clearly doing a (James) Comey.” Giuliani appears to be referring to the former FBI director's letter telling lawmakers about a new review of Hillary Clinton's emails.

Asked if Trump would fire Mueller if he doesn’t file the report then, Giuliani said “I don’t think he’s going to fire Mueller. Mueller is creating his own problems."

He claimed Democrats want the investigation to stretch out beyond the midterm elections.

“Damn right they do. Maybe a mistake," he told reporters on the South Lawn.

"Maybe the American people have concluded that impeachment is not proper. They’re going to do everything they can to say they aren’t going to impeach him, everybody in this town knows they do.” 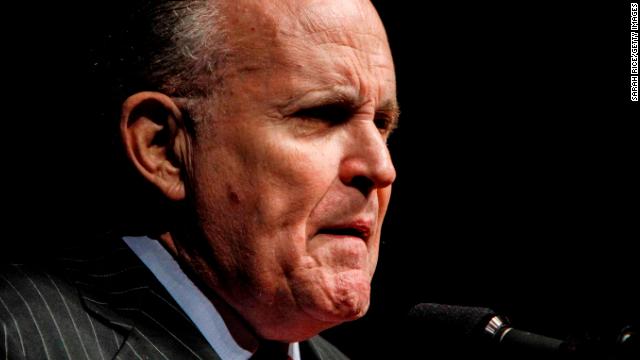 President Trump’s private lawyer Rudy Giuliani said he didn't think it would be considered obstruction of justice if the President asked Attorney General Jeff Sessions to reverse his recusal from the Russia investigation.

“Oh no," Giuliani said. "Hardly. You’ve got to be able to ask your Cabinet members to do things you think they should do."

"Even if he commanded him to do it, it wouldn’t be an obstruction of justice.”

Giuliani also didn’t say this means Sessions will be asked to hand in his resignation after the report comes out.

Mueller, who's investigating Russia's interference in the 2016 presidential election, could issue a report making referrals or recommendations to the House of Representatives.

It would then be up to the House of Representatives to decide what to do about with the special counsel's report -- and whether to pursue articles of impeachment.

President Trump is hosting the White House's Sports and Fitness Day this afternoon. More than 250 children, parents and coaching staff are on the White House lawn for the event, which highlights the benefits of youth sports.

There's a batting cage set up — and President Trump just stepped in. 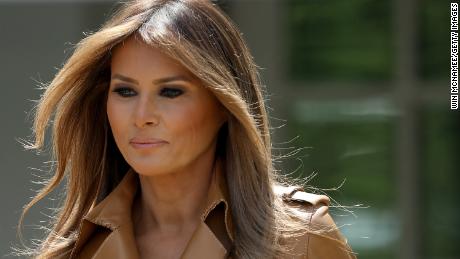 While President Trump gave a speech at the fitness event at the White House, the first lady tweeted about her absence from the public eye.

It's been 20 days since the public has laid eyes on first lady Melania Trump.

White House press secretary Sarah Sanders said President Trump continues to have "concerns" about unfounded allegations that the FBI planted a spy in the Trump campaign during the 2016 campaign.

Pressed about the allegations after a prominent House Republican said the FBI acted appropriately during the campaign, Sanders defended the President's position and said Trump has broader concerns about the FBI beyond the "spy" allegations.

"Clearly there’s still cause for concern that needs to be looked at," Sanders said. "The President's concerned about the matter and we're going to continue to follow the issue."

Sanders said Trump remains concerned both about the FBI's use of a confidential informant -- which Trump has branded a "spy" -- during the campaign and about the "overall conduct of the FBI."

Sanders faced the questions after Rep. Trey Gowdy of the House intelligence committee said the FBI acted appropriately in the course of its investigation into Russian meddling during the 2016 election.

"I am even more convinced that the FBI did exactly what my fellow citizens would want them to do when they got the information they got, and that it has nothing to do with Donald Trump," Gowdy said on Fox News Tuesday evening, addressing a classified briefing he received from the Justice Department.

Still, Sanders said the White House would "like to see this fully looked into."

A kid reporter asked Sarah Sanders a question about school shootings — and the White House press secretary got emotional as she answered it.

Here's what the boy asked:

"At my school, we recently we had a lockdown drill. One thing that affects mine and other students' mental health is worrying about the fact that we or our friends could get shot at school. Specifically, can you tell me what the administration has done and will do to prevent these senseless tragedies?"

And here's how Sanders responded:

"I think that as a kid and certainly as a parent, there is nothing that could be more terrifying for a kid to go to school and not feel safe, so I am sorry that you feel that way," Sanders said. "This administration takes it seriously and the school safety commission that the president convened is meeting this week in an official meeting to discuss the best ways forward and how we can do every single thing within our power to protect kids in our schools and to make them feel safe and make their parents feel good about dropping them off," she said.