Our live coverage of President Trump's "Salute to America" celebration has ended. Scroll through the posts below to see how it unfolded or follow CNN Politics. 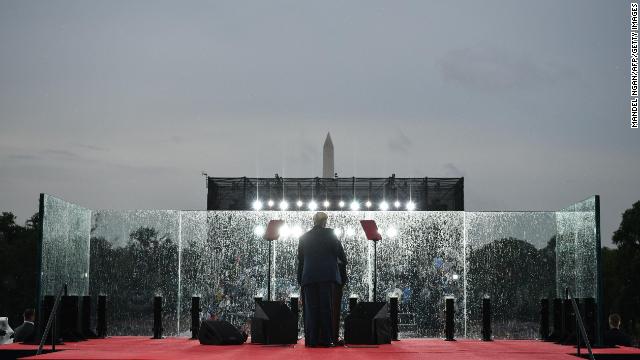 President Trump stuck to the script at his "Salute to America" event, striking a patriotic tone in a largely apolitical speech running approximately 45 minutes — including the flyovers — behind bulletproof glass on the National Mall.

The President took an opportunity to boast, calling the US “the most exceptional nation in the history of the world."

“Our nation is stronger today than it ever was before. It is its strongest now," he said.

He recognized each branch of the military at the beginning of his speech: “The Army, Navy, Air Force, Coast Guard, Marines, and, very soon, the Space Force.” (On a related note, Trump also vowed to soon “plant the American flag on Mars.”)

His remarks were filled with historical references — from Thomas Jefferson to George Washington to Abraham Lincoln, and later, Thomas Edison, Alexander Graham Bell, the Wright Brothers, and Clara Barton.

Then, the military band played a formal rendition Lee Greenwood’s “Proud to Be an American” – one of the President’s favorites — while one more Navy Blue Angel plane flew overhead. Trump shook hands with some military officials and waved before he left the stage.

The White House just sent out a list of attendees for tonight's "Salute to America" celebration, which included both Trump administration officials and military leaders.

Here's are the White House officials who attended:

And here are the US military leaders: 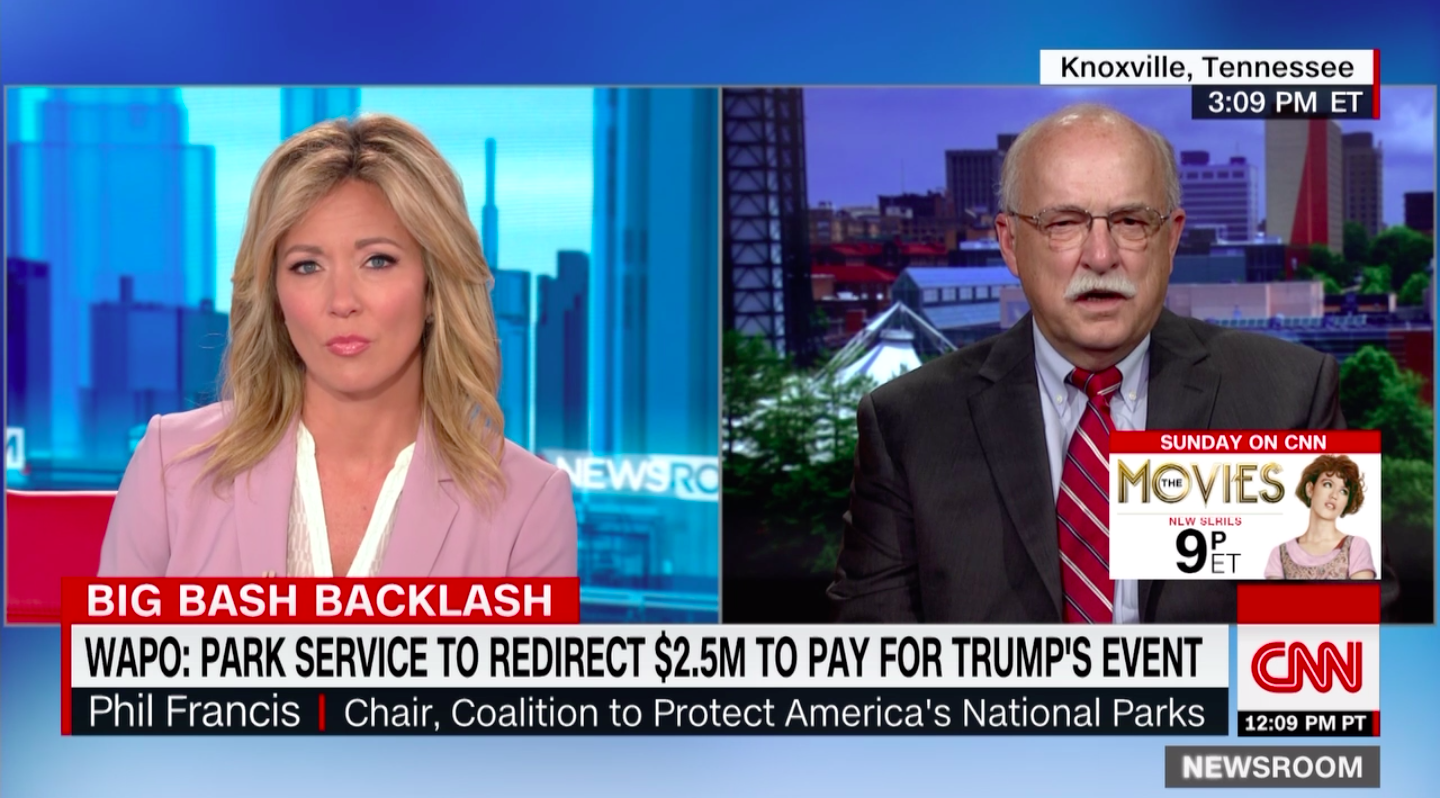 The $2.5 million President Trump is taking from the National Park Service to fund part of his Fourth of July event is used to pay for things that keep the parks running, a former parks superintendent said.

“Over 200 parks have budgets of $2.5 million or less,” Phil Francis, the chair of the Coalition to Protect America's National Parks, told CNN.

He added although that amount of money may not sound like a lot in Washington, every dollar counts when it comes to operating the parks.

“That is really important to folks when they are buying toilet paper, a new chain saw, a new vehicle, a law enforcement equipment, maybe seasonal employees, maybe repairing campgrounds. If that money is not available, it will make a difference to those parks who are expecting to receive some assistance,” Francis said.

This money comes from the fees people pay when they visit the parks. He said the money would usually be used to make improvements or repairs not "be diverted for what appears to be a political event." 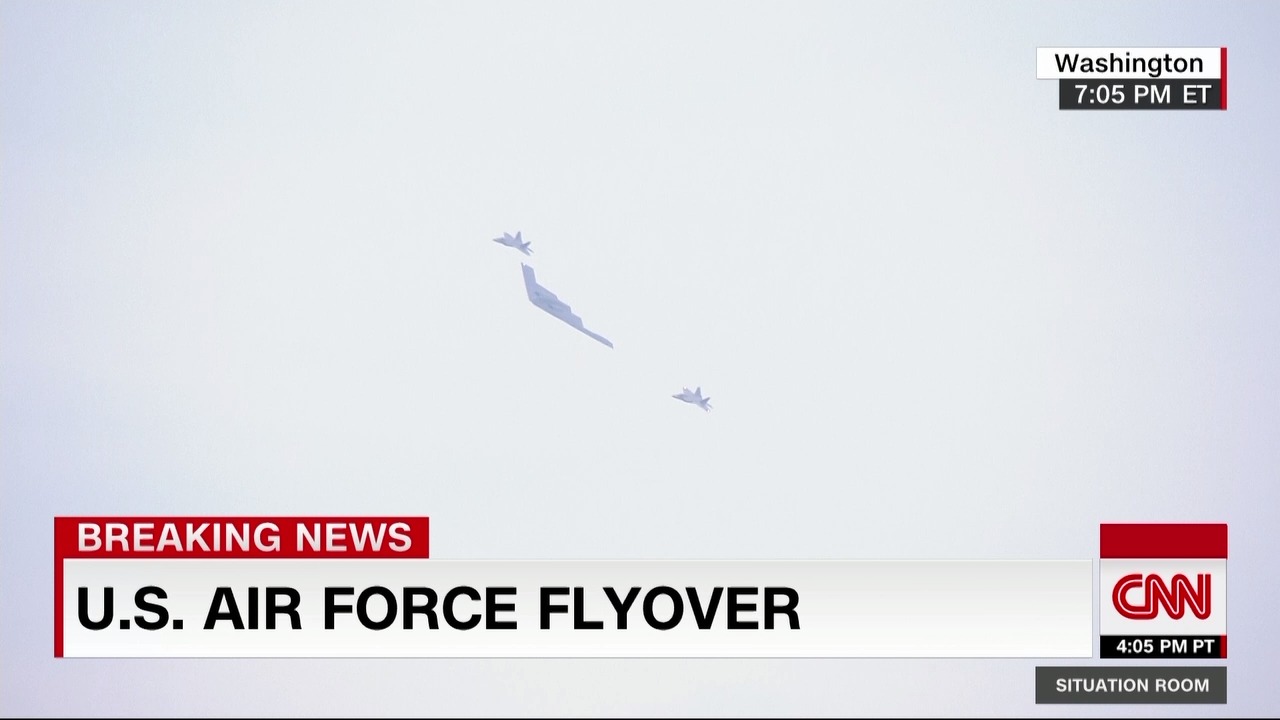 At his "Salute to America" celebration, President Trump is spending some time touting each branch of the military, explaining the branches' histories and praising their accomplishments.

He started with the US Coast Guard, and when he was done, the branch did a flyover over the nation's capital.

Trump then moved on to the Air Force.

"And it is our incredible airman today who wield the most powerful weapon systems on the planet Earth. For over 65 years no enemy air force has managed to kill a single American soldier because the skies belong to the United States of America," Trump said.

Speaking about the US Marines, Trump said this:

"That motto, Semper Fidelis — always faithful — burns in the soul of every marine, a sacred promise, the core has kept since the birth of our country. They are the elite masters of air, and land and sea, on battlefields all across the globe. They are the United States Marines."

The President also praised the Army and the Navy, with each branch giving a flyover afterward.

President Trump is delivering his speech about America's history and innovation to crowds gathered at the Lincoln Memorial and on the National Mall. 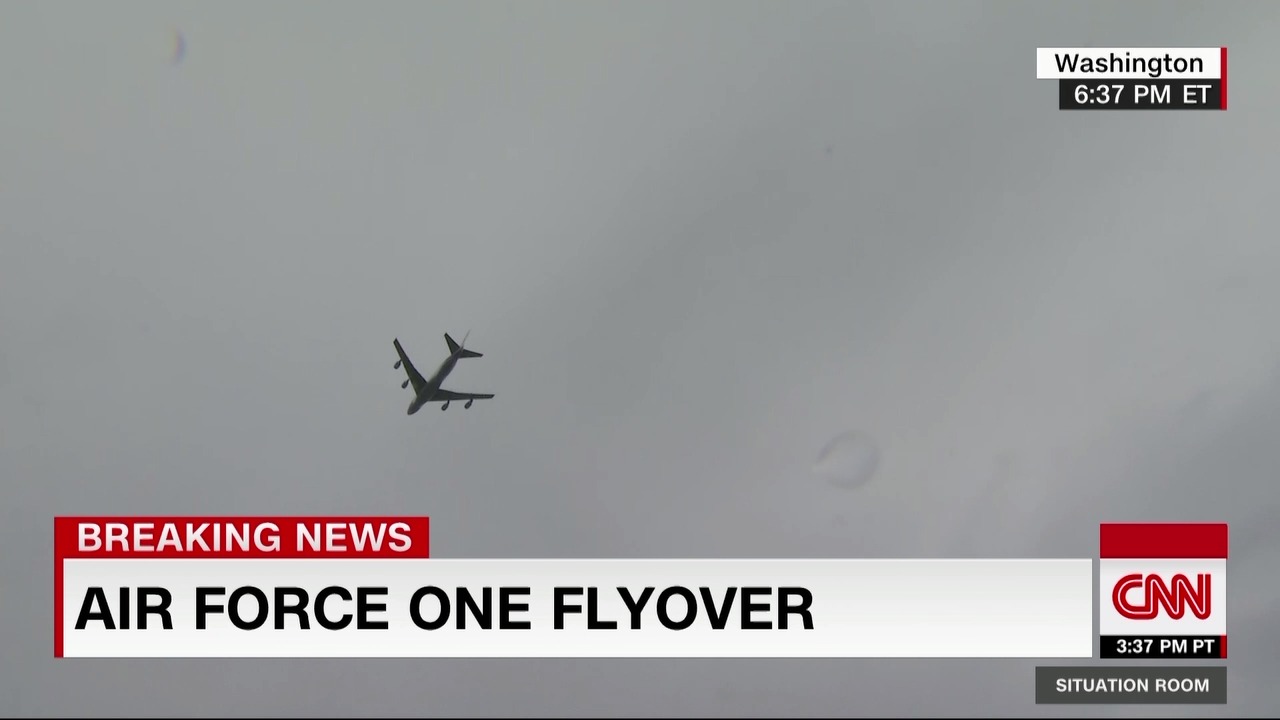 The iconic 747, known as Air Force One when the President is on board, just flew over the Lincoln Memorial and down the National Mall all the way to the US Capitol, before veering off.

The flyover officially kicked off President Trump's "Salute to America" celebration for the Fourth of July. 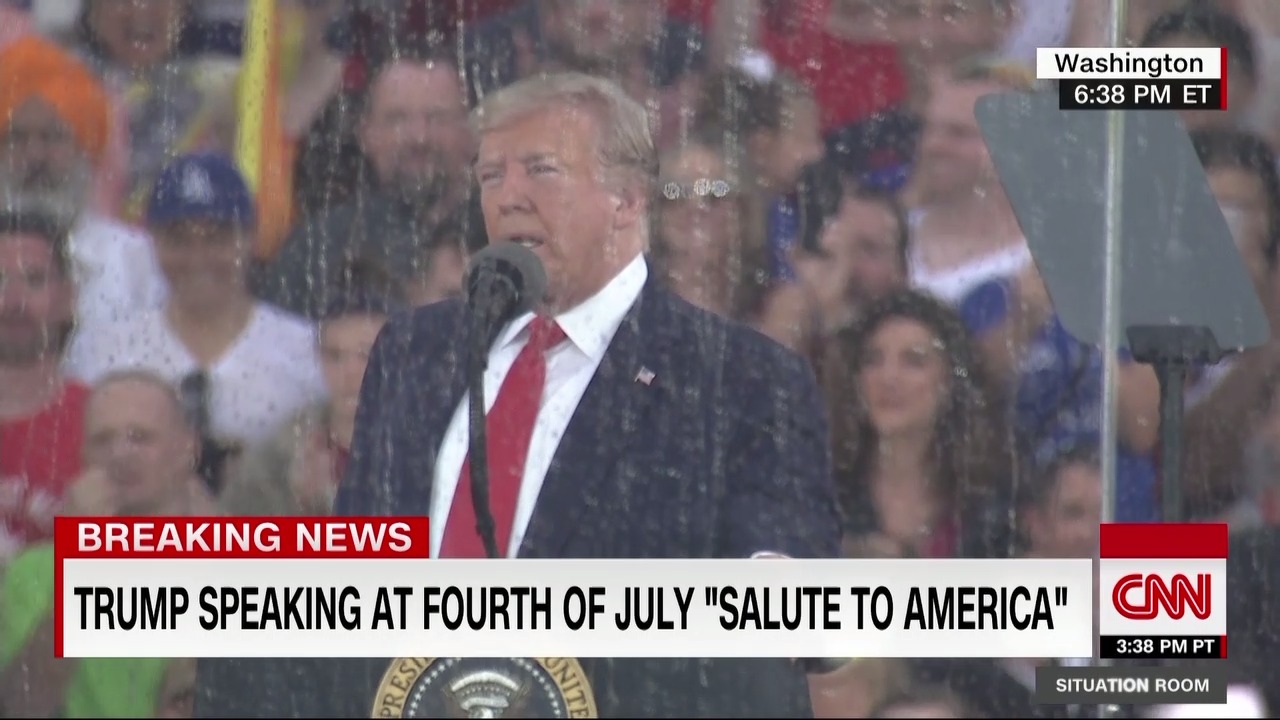 President Trump just took the stage at his "Salute to America" celebration at the Lincoln Memorial.

The President spoke behind a clear barrier to the crowds gathered at the National Mall.

"As we gather this evening, in the joy of freedom, we remember that all share a truly extraordinary heritage. Together we are part of one of the greatest stories ever told, the story of America," he told the crowd.

Attendees who signed up for text alerts through the National Park Service just received a reminder that flyovers are expected to start soon.

“Reminder: military flyovers happening between 6:30-7:30pm. Expect to see fixed wing and rotary wing aircraft, no cause for alarm,” the alert said.

The text alerts have provided updates several times today, urging attendees to stay alert during storms, to expect crowds and large lines, and to “pack a poncho!”