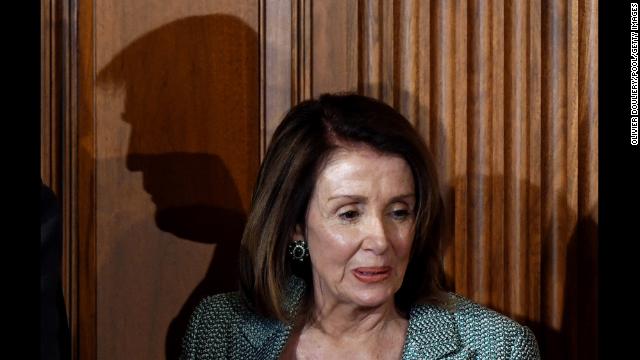 Speaker Nancy Pelosi said the House will vote on March 26 on a measure to override President Trump's veto.

Note: Lawmakers hardly have the votes to approve it.

"The House and Senate resoundingly rejected the President’s lawless power grab, yet the President has chosen to continue to defy the Constitution, the Congress and the will of the American people," Pelosi said in a statement.

“House Republicans will have to choose between their partisan hypocrisy and their sacred oath to support and defend the Constitution.” 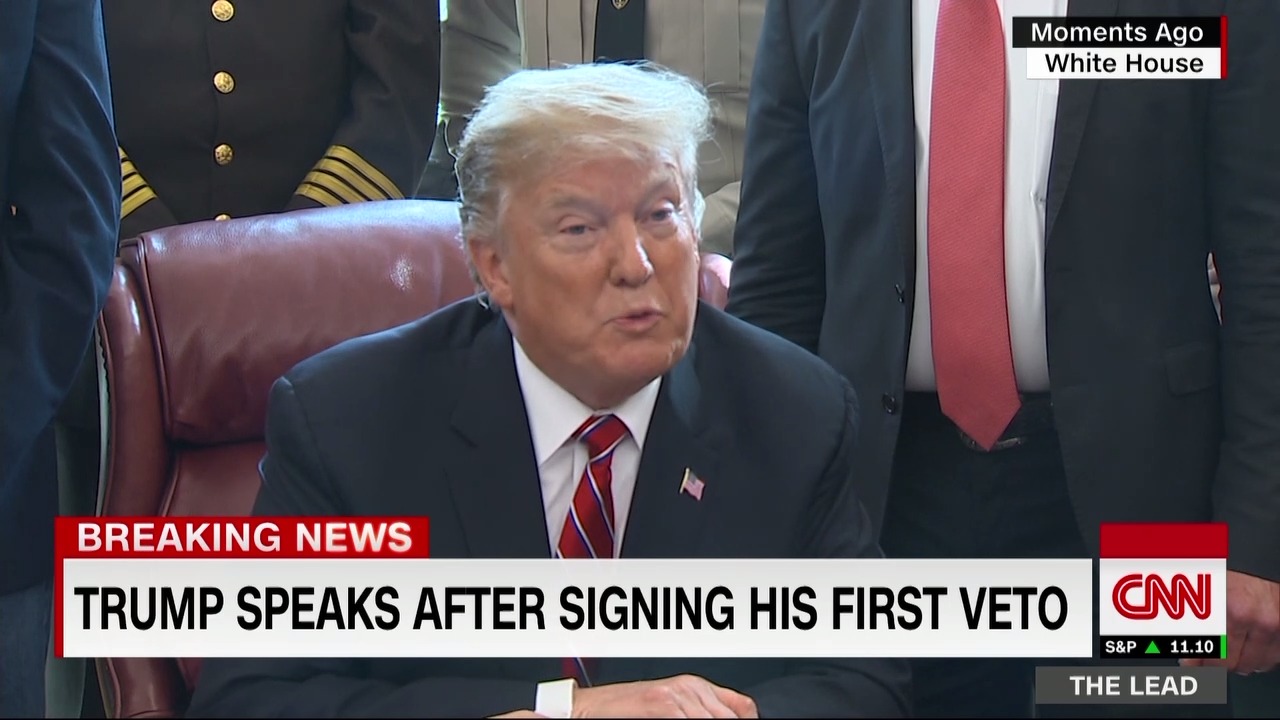 Telling reporters at a veto signing ceremony that "the protection of the nation is my highest duty," President Trump described the resolution blocking his national emergency declaration — which passed both houses of Congress — as "dangerous," claiming it put "countless Americans in danger."

"Congress has the freedom to pass this resolution and I have the duty to veto it. I’m very proud to veto it."

Barr said the measure was “clearly authorized under the law” after Congress voted to reverse it.

Barr said the southern border situation was precisely the type of situation that would warrant a national emergency.

President Trump has signed the first veto of his presidency, rejecting a measure that would reverse that national emergency he declared on the southern border.

We are waiting for video footage of the signing.

The Justice Department set forth a robust defense of the President’s authority to declare a national emergency in a letter to Senate Majority Leader Mitch McConnell earlier this month, according to a copy obtained by CNN.

The letter set out the legal basis for the proclamation under the National Emergencies Act and additional statutory authorities, which largely tracks an internal memo issued by the Office of Legal Counsel at DOJ.

“The President’s emergency Proclamation reasonably described the current situation as an ongoing ‘border security and humanitarian crisis,'" Boyd added. “The crisis at the border ... may qualify as an emergency even though it, too, is not entirely new.” 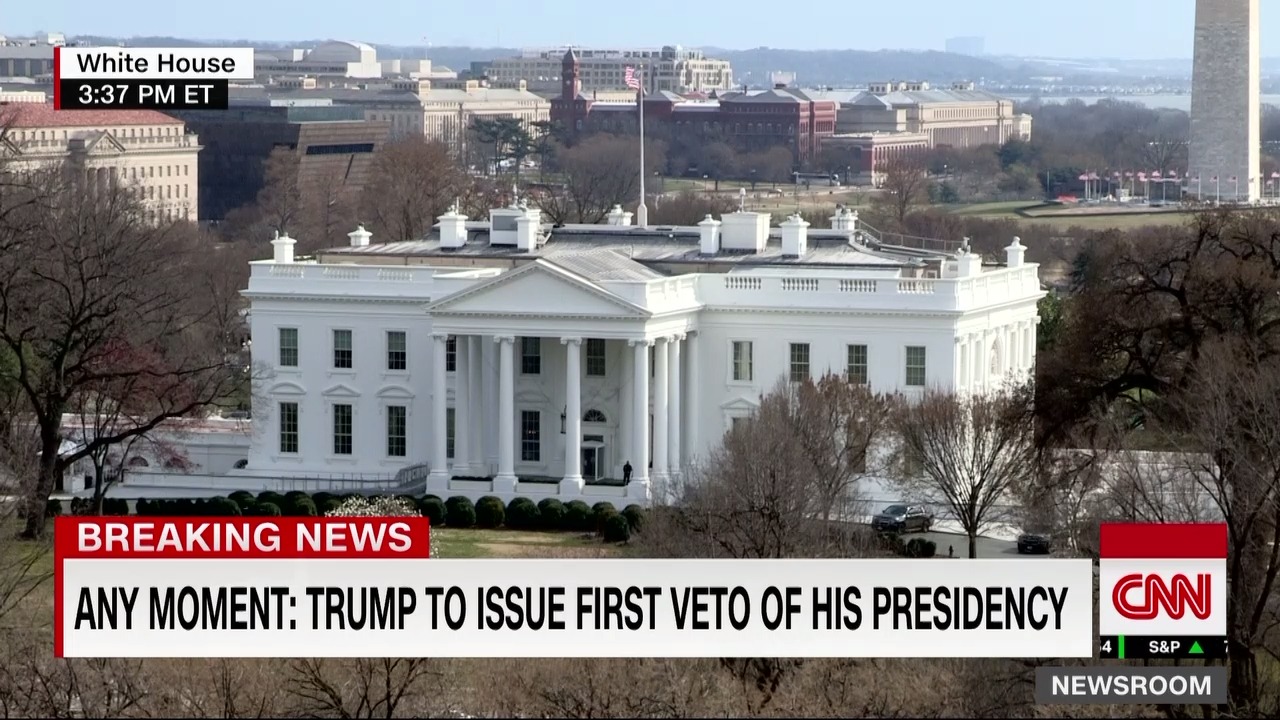 President Trump will soon officially veto the national emergency resolution, the first of his presidency. He may take questions from reporters after. 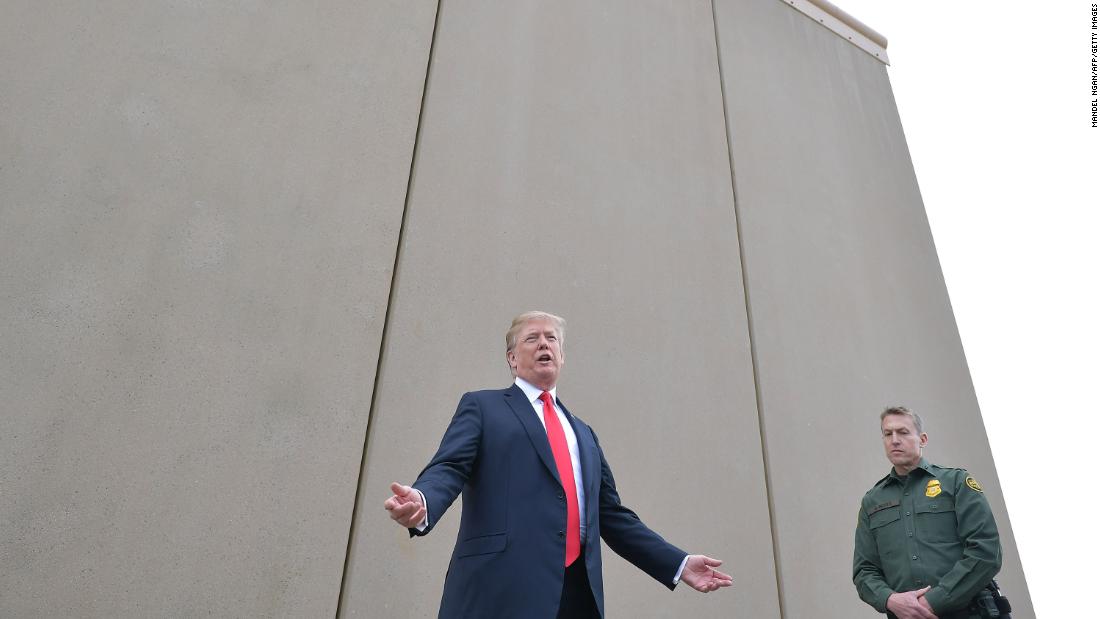 President Trump is expected to soon veto a congressional resolution that blocks his national emergency declaration.

Here's what the emergency declaration is all about: The order — which Trump declared last month — unlocks billions of dollars in federal funds to build a wall on the southern border. It effectively bypassed Congress after lawmakers refused to meet Trump's multi-billion dollar request for border wall funds.

The President declared the national emergency even as he agreed to sign a spending bill from Congress that allocated $1.375 billion for the President to build 55 miles of new fencing.

The additional executive actions he is undertaking aim to redirect more than $6 billion in federal funds toward the construction of hundreds more miles of border barriers — bringing total funding for the wall to nearly $8 billion.

Both the Democratic-controlled House and the Republican-majority Senate voted in favor of a resolution blocking President Trump's national emergency declaration.

The vote was was 245-182 in the House and 59-41 in the Senate, where 12 Republicans joined Democrats in voting to block Trump's order.

But remember: Lawmakers don't have enough votes to override a veto from the President.

Nevertheless, passage of the resolution in the Senate is an embarrassing blow to Trump delivered by his own party over the President's top campaign pledge of a wall at the US-Mexico border.

President Trump is tweeting about yesterday's Senate vote to block his national emergency, which unlocked federal funding for his long-promised border wall.

He suggested that the senators who voted with him will benefit politically (Remember: 12 Republicans joined Democrats in voting to block the emergency.)

"I’d like to thank all of the Great Republican Senators who bravely voted for Strong Border Security and the WALL," he tweeted. "Watch, when you get back to your State, they will LOVE you more than ever before!"