Our live coverage has ended. For more, see CNN Politics or scroll through the posts below to read the highlights.

Deputy Attorney General Rod Rosenstein, speaking at the Aspen Security Forum today, unveiled a plan to combat cyberattacks in the US.

The Justice Department plans to aggressively investigate and prosecute, work with other federal agencies to identify bad actors and inform the public who they are, support actions like financial sanctions and have social media providers help identify foreign influencers and boot them off their platforms.

"Foreign governments should not be secret participants, covertly spreading propaganda and fanning the flames of division," Rosenstein said.

The Justice Department's Cyber-Digital Task Force report also highlighted five types of operations the government must counter. They are...

In a statement, Schumer said there should be no more one-on-one interactions between Trump and Putin.

“Until we know what happened at that two hour meeting in Helsinki, the President should have no more one-on-one interactions with Putin. In the United States, in Russia, or anywhere else,” he said.

About that one-on-one meeting: The meeting between Trump and Putin was two hours and did not include staff other than interpreters.

Asked for specific timing, the spokesperson said it was before White House press secretary Sarah Sanders announced it on Twitter.

White House officials have not explained why Director of National Intelligence Dan Coats was not informed about this invitation in advance.

Officials also have not responded to questions about how President Trump viewed Coats’ remarks at the Aspen Security Forum.

Former Director of National Intelligence James Clapper said in an interview with CNN's "The Lead with Jake Tapper" that he suspected both the host nation of Finland and Russia have a recording or account of the private meeting between President Trump and Russian President Vladimir Putin.

"Absolutely. I'm quite sure that, you know, the Finns did," Clapper said. "I'd be amazed if their intelligence service didn't do that. And I'm quite sure that the Russians, for their part, have a very accurate accounting by some means or other of exactly what transpired in that private meeting."

President Trump insisted in an interview with CNBC that he’s been "far tougher on Russia than any president in many, many years. Maybe ever."

The President said getting along with Russia is a "positive, not a negative."

Director of National Intelligence Dan Coats learned of Russian President Vladimir Putin's visit this fall to Washington from an NBC reporter while speaking on stage at a security event, it appears.

As NBC's Andrea Mitchell was wrapping up questions with Coats, she was informed that the White House had announced Putin would be visiting in the fall for a second summit.

Coats asked her to repeat herself and was visibly surprised, saying, “Well, that’s going to be special.”

In a follow up question from the audience, Coats said he was not aware of the Putin invitation. He said he didn’t know what the agenda would be.

Asked if he would recommend against another one-on-one meeting between Trump and Putin, Coats said, “If I were asked that question, I would look for a different way.” 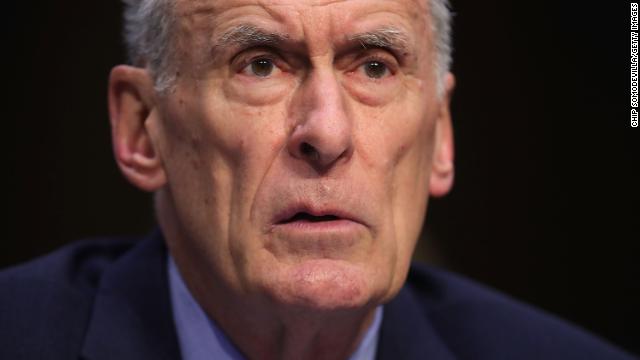 Director of National Intelligence Dan Coats said he didn’t know what was said in the one-on-one meeting with Russian President Vladimir Putin in Helsinki on Monday.

"I don’t know what happened in that meeting," Coats said at the Aspen Security Forum. "I think as time goes by and the President has already mentioned some of the things that happened in that meeting, I think we will learn more. But that is the President’s prerogative. If he had asked me how that should be conducted, I would have suggested a different way, but that’s not my role, that’s not my job. So it is what it is.”

Coats said it is "undeniable" that Russia is trying to "undermine our basic values that divide us with our allies."

"They're the ones that are trying to wreak havoc over the election process," he said. "We need to call them out on that. It is critical that we do so and then take steps to make sure that they're not able to do this with the election coming up."

Discussions are underway for Russian President Vladimir Putin to come to Washington this fall, the White House said.