White House press secretary Sarah Sanders, in response to a briefing question, said that President Trump is "certainly not" above the law.

"Certainly nobody is above the law," Sanders said.

She added that Trump "has not done anything wrong."

Sarah Sanders refused to share specifics about what was in the letter Kim Jong Un sent President Trump --  "the President said they were interesting" -- though she shared when the first meeting would occur at the June 12 summit in Singapore.

It isn't clear who, exactly, the participants would be.

White House press secretary Sarah Sanders rejected questions about whether the President would rule out pardoning himself following his tweet Monday morning.

"Thankfully the President hasn’t done anything wrong and wouldn’t have any need for a pardon," she said.

She declined to say whether the President agrees with his attorney Rudy Giuliani's comment that Trump would be immediately impeached if he pardoned himself. 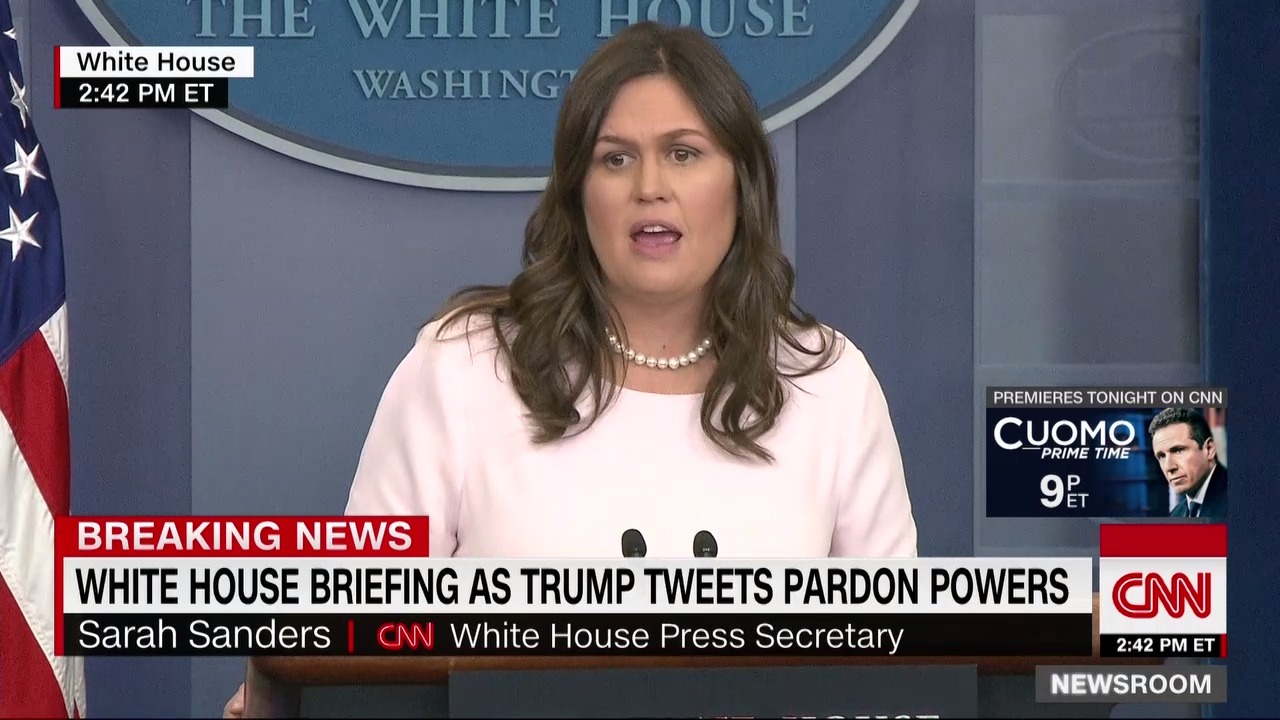 Sarah Sanders just took the podium and opened her briefing with praise of the economy under President Trump ("Americans are optimistic, and business is booming") and an update on the North Korean talks. It's also her husband Brian's birthday.

And now on to the questions...

Sarah Sanders is about to host the week's first White House press briefing. Here are some questions we think reporters may ask. 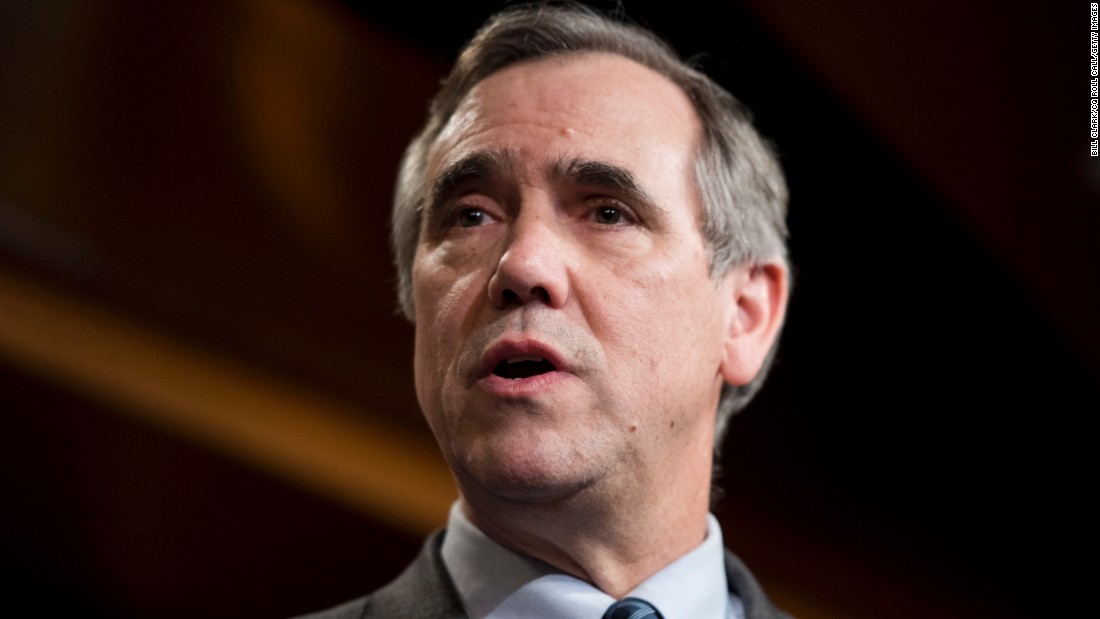 A Democratic senator is accusing the Trump administration of being part of a "cruel" effort against unauthorized immigrant children after he was denied entry to a Texas immigration center for unaccompanied minors when he showed up asking for a tour of the facility.

Oregon Sen. Jeff Merkley -- who acknowledged that he had been told in advance he wouldn't be admitted to the facility -- told CNN's "New Day" Monday morning that he believes President Donald Trump, Attorney General Jeff Sessions and the Department of Homeland Security "do not want members of Congress or the public to know what's going on" in the center.

CNN has reached out to both the White House and the Administration for Children and Families, a part of the Department of Health and Human Services, for comment. Senate Judiciary Committee Chairman Chuck Grassley, an Iowa Republican, suggested Monday that the President should hire a new lawyer if his current one is telling him that he can pardon himself.

"If I were President of the United States and I had a lawyer that told me I could pardon myself, I think I would hire a new lawyer," Grassley told CNN when asked if he agrees that President Donald Trump could pardon himself.

President Trump's summit with North Korean leader Kim Jong Un will be more of a “meet and greet” than the realization of “historic action” that the State Department publicly outlined, according to one source familiar with the discussions.

The consideration is a broad agreement on nuclear disarmament as the objective —then hand it over to Secretary of State Mike Pompeo and his department to do the negotiation, which the source said could take years.

Last month, Trump announced he had canceled the summit — and then last week announced it was back on.

Here's the moment from Friday: