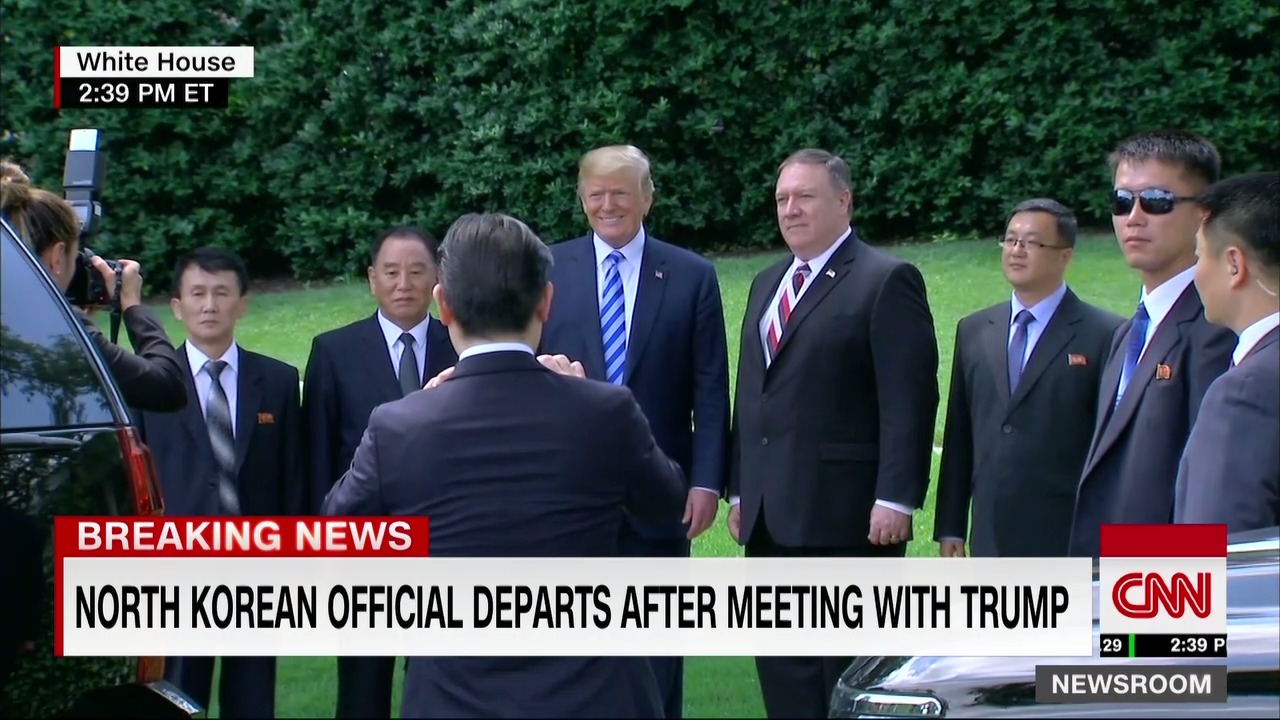 President Trump, speaking outside the White House, just said he will meet Kim Jong Un on June 12 in Singapore.

It's the highest-level meeting between a US president and a North Korean official since 2000.

All eyes were on President Trump last week when he abruptly called off the potentially historic June 12 meeting in a letter to North Korean leader Kim Jong Un.

Trump's letter raised questions over the future of talks between Trump and Kim.

Hours later, however, North Korea responded to the letter, and said it was still willing to meet with the US "at any time."

We're not sure what's in the letter Trump is receiving today, but here's a copy of the one the President sent to North Korea:

North Korean diplomat Kim Yong Chol is still the Oval Office meeting with President Trump. He walked into the office at 1:14 p.m. ET, which means they have now been meeting for an hour.

Kim arrived at the White House this meeting bearing a letter from the country's leader Kim Jong Un. It's not clear what's in the letter. 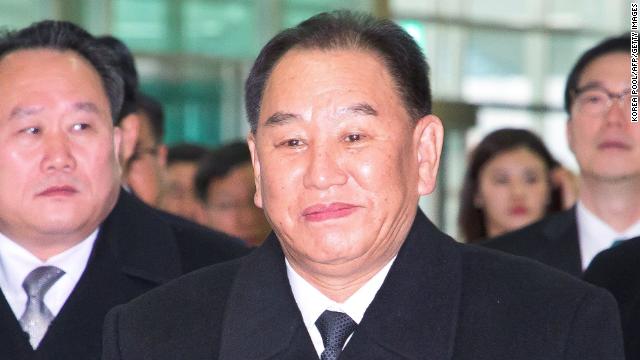 Here's what we know about him:

President Trump received a top-level visitor from North Korea on Friday who came bearing a letter from the country's leader Kim Jong Un.

Trump did not greet Kim when his car pulled up to the White House. Instead, chief of staff John Kelly and a top CIA official met the visitor on the White House South Lawn.

There was little ceremony and no handshake.

Kim Yong Chol, a top North Korean envoy, has gone to the Oval Office after arriving at the White House.

Kim is delivering a letter to Trump from North Korean leader Kim Jong Un. He was in New York City earlier this week to meet with Secretary of State Mike Pompeo.

President Trump is due to receive a letter from North Korean dictator Kim Jong Un any minute now, the latest step toward a meeting between the two world leaders.

Trump plans to meet in the Oval Office with Kim's envoy, Kim Yong Chol, who is bringing the letter, the White House said. It's the highest-level meeting between a US president and a North Korean official since 2000.

Top-level US officials have not read the letter from Kim to Trump, but are aware generally of its contents, a person familiar with the matter said. They learned of the letter's substance through diplomatic channels in the absence of reading the letter itself, the person said.

Kicking off his speech at the US Coast Guard Change of Command Ceremony, President Trump touted his administration’s “historic” economic numbers.

“We have reached yet one more historic milestone with 3.8% unemployment just announced,” he said. “And by the way, for the women out there, the lowest unemployment in 19 years.”

Any minute now, President Trump will speak at a US Coast Guard change of command ceremony.