Kim Yong Chol, a top North Korean envoy, has gone to the Oval Office after arriving at the White House.

Kim is delivering a letter to Trump from North Korean leader Kim Jong Un. He was in New York City earlier this week to meet with Secretary of State Mike Pompeo.

President Trump is due to receive a letter from North Korean dictator Kim Jong Un any minute now, the latest step toward a meeting between the two world leaders.

Trump plans to meet in the Oval Office with Kim's envoy, Kim Yong Chol, who is bringing the letter, the White House said. It's the highest-level meeting between a US president and a North Korean official since 2000.

Top-level US officials have not read the letter from Kim to Trump, but are aware generally of its contents, a person familiar with the matter said. They learned of the letter's substance through diplomatic channels in the absence of reading the letter itself, the person said.

Kicking off his speech at the US Coast Guard Change of Command Ceremony, President Trump touted his administration’s “historic” economic numbers.

“We have reached yet one more historic milestone with 3.8% unemployment just announced,” he said. “And by the way, for the women out there, the lowest unemployment in 19 years.”

Any minute now, President Trump will speak at a US Coast Guard change of command ceremony.

"He didn't give any numbers," Kudlow said "No one revealed the numbers to the public."

Still, Kudlow confirmed that the President did know about the jobs numbers when he tweeted Friday morning, "Looking forward to seeing the employment numbers at 8:30 this morning."

Kudlow said he briefed the President on the numbers Thursday evening.

Kudlow went on to argue that "short sellers might have looked at that (tweet) and said he's gaming us."

But CNN pressed Kudlow, asking: "Why would the President tell anybody to look at the jobs report if it was going to be negative?"

Kudlow responded, "You'll have to ask...that's a therapy thing. He's got a -- he likes to tweet."

He added that "a lot of people were waiting for the jobs numbers."

Federal law requires an hour between when a report is released, and when federal officials can comment on the numbers. Trump's 7:21 a.m. tweet came more than an hour before the today's report was released. 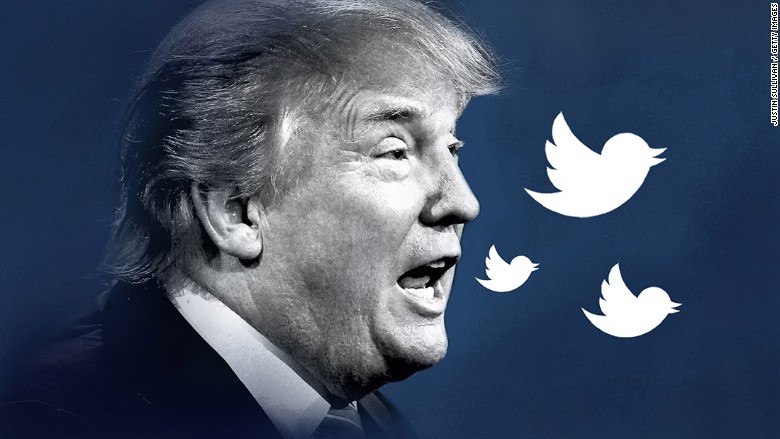 About an hour before the Labor Department released its closely watched jobs number Friday, President Donald Trump was already talking up its contents.

The May jobs report was in fact a good one for a president who likes to brag about the strong jobs market. Unemployment fell to 3.8%, which matched the lowest rate in nearly a half century. Employers added 223,000 jobs in the month, more than more economists were forecasting.

But investors weren't waiting for the official report. Stock futures, bond yields and the value of the dollar all jumped higher immediately after his tweet.

And that might be why the tweet was a problem: There is a federal rule dictating that federal employees who know the jobs numbers ahead of time must keep them secret. The question is whether the president's comment "looking forward to" constitutes commenting on the data. The tweet certainly suggested that a good number was coming.

"President Trump underscored the need to rebalance trade with Europe," the White House said in a statement describing the call.

Before the two leaders talked, Macron released his own statement saying he “regrets the US decision to confirm tariffs in steel and aluminum.” He said he planed to convey his "convictions" to trump during the phone call.

“This decision does not conform to the international law to which both the US and Europe have subscribed. So it is illegal," Macron said in the statement. "That is why we will take measures and provide answers. This decision is not only illegal, it is a mistake on many points. It is a mistake because it responds to a worldwide unbalance that exists in the worst ways through fragmentations and economic nationalism."

This morning's rally follows sell-off on Thursday caused by worries about a trade war.

US unemployment dropped to 3.8%, which matches its lowest point in half a century.

The economy added 223,000 jobs in May, according to the job report released Friday morning.

Trump tweeted earlier this morning that he was "looking forward" to seeing the report.

Important note about this:

Federal law requires an hour between when a report is released, and when federal officials can comment on the numbers. Trump has commented on the monthly job reports before that time has elapsed at least twice before.